Vicky Stark - Get Personal With The YouTube Fishing Star 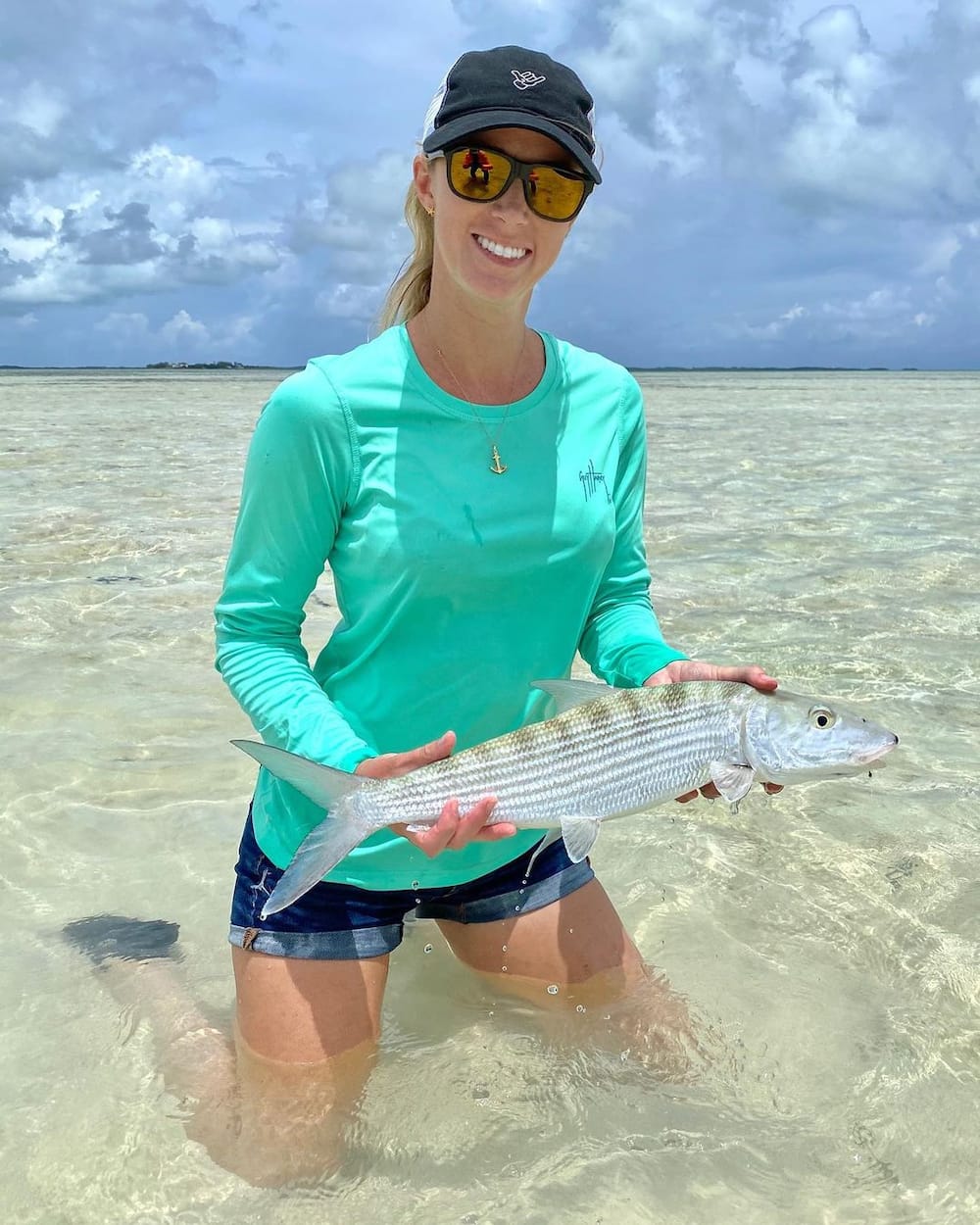 Vicky Stark - Vicky Stark is a well-known social media personality who grew up in Florida. She is famous for posting photos and videos of herself in a bikini catching enormous fish off the coast of Florida.

Nothing much is known about her educational background and family, aside from the fact that she has a sister named Jen who is a well-known contemporary artist. 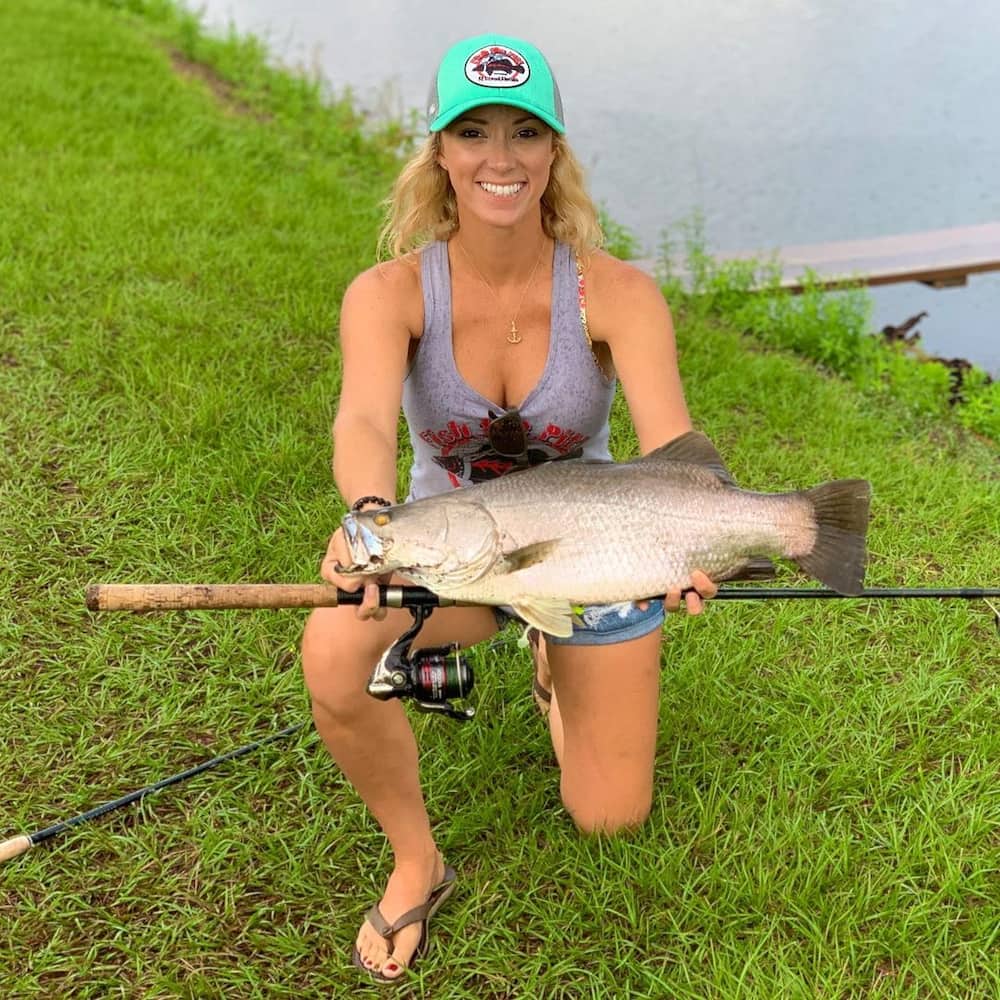 Vicky Stark kneeling near a lake, showing a big fish

Vicky's images not only show off her outstanding fishing skills, but they also show off her beautiful figure. Vicky Stark's stunning pictures are one of the reasons she has such a significant social media following, in addition to her incredible fishing skills. Her Instagram account has 233k followers, and she has 525k subscribers on her YouTube channel.

Stark's popularity grew after the Daily Mail published her on their website, describing her fishing prowess and popularity on Instagram.

Stark's growing fame has garnered her plenty of sponsorships, and she's endorsed a variety of products on her social media platforms.

Some of the brands with whom she has worked include G Looms, Smith Optics, One One Swimwear, Stratuf Boots, Scales Gear, Orca Coolers, FarOut Sunglasses, and Peacock Bass Adventures. 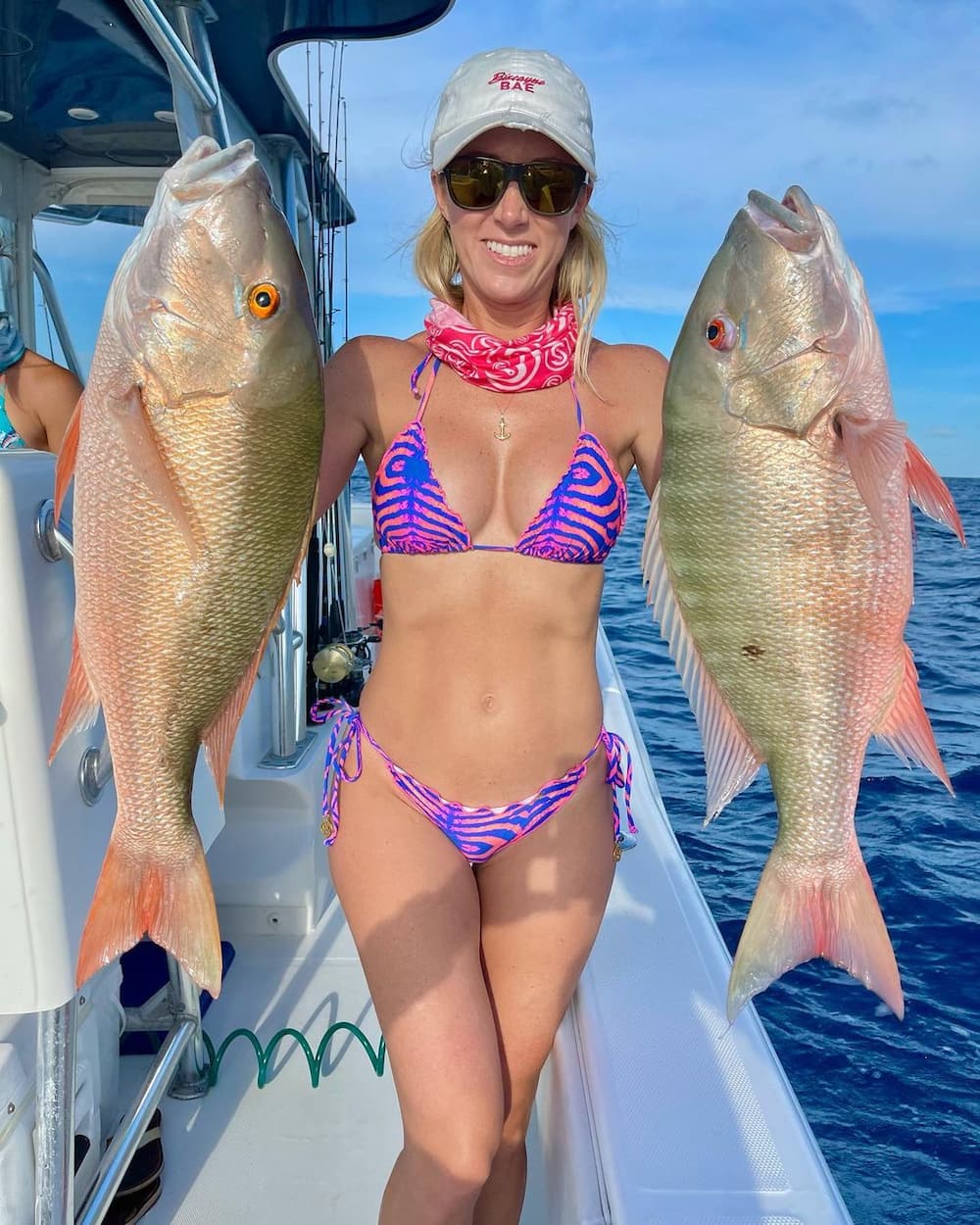 She is a beautiful young woman with a fantastic physique and a respectable height of 5 feet 7 inches. She has vital statistics of 33-26-35. She is blonde, and her eyes are brown. Captain Ryan Eidelstein and Vicky are in a love relationship.

Vicky Stark's net worth is estimated to be around $400,000. Her earnings come from her fishing, business, and social media activity, which has resulted in many sponsorships. Her fortune is projected to increase as long as she continues to do an excellent job.

Vicky Stark is not yet married, but she is in a romantic relationship with her fishing colleague, Captain Ryan Eidelstein.

On April 27th, 2019, the two shared their first photo together on Vicky's Instagram. Vicky replied "yes" to a follower's question about if the two were dating a few months later.

Where Is Vicki Stark From?

Vicki Stark is born and raised in Florida, USA.

What Does Vicky Stark Do For A Living?

Vicky Stark is a fishing expert and social media personality. She makes money through her YouTube channel and sponsorship.

How Much Is Vicky Stark Worth?

Vicky Stark's net worth has been estimated to be between $400 thousand and $500 thousand dollars by various publications. She earns the majority of her money through sponsorship arrangements obtained through various sites such as Instagram.

With her burning passion for fishing, Vicky Stark managed to rise to fame. We hope for her more success in the future!