Sanpaku Eyes - Celebs Who Are Spotted To Have "Three Whites" 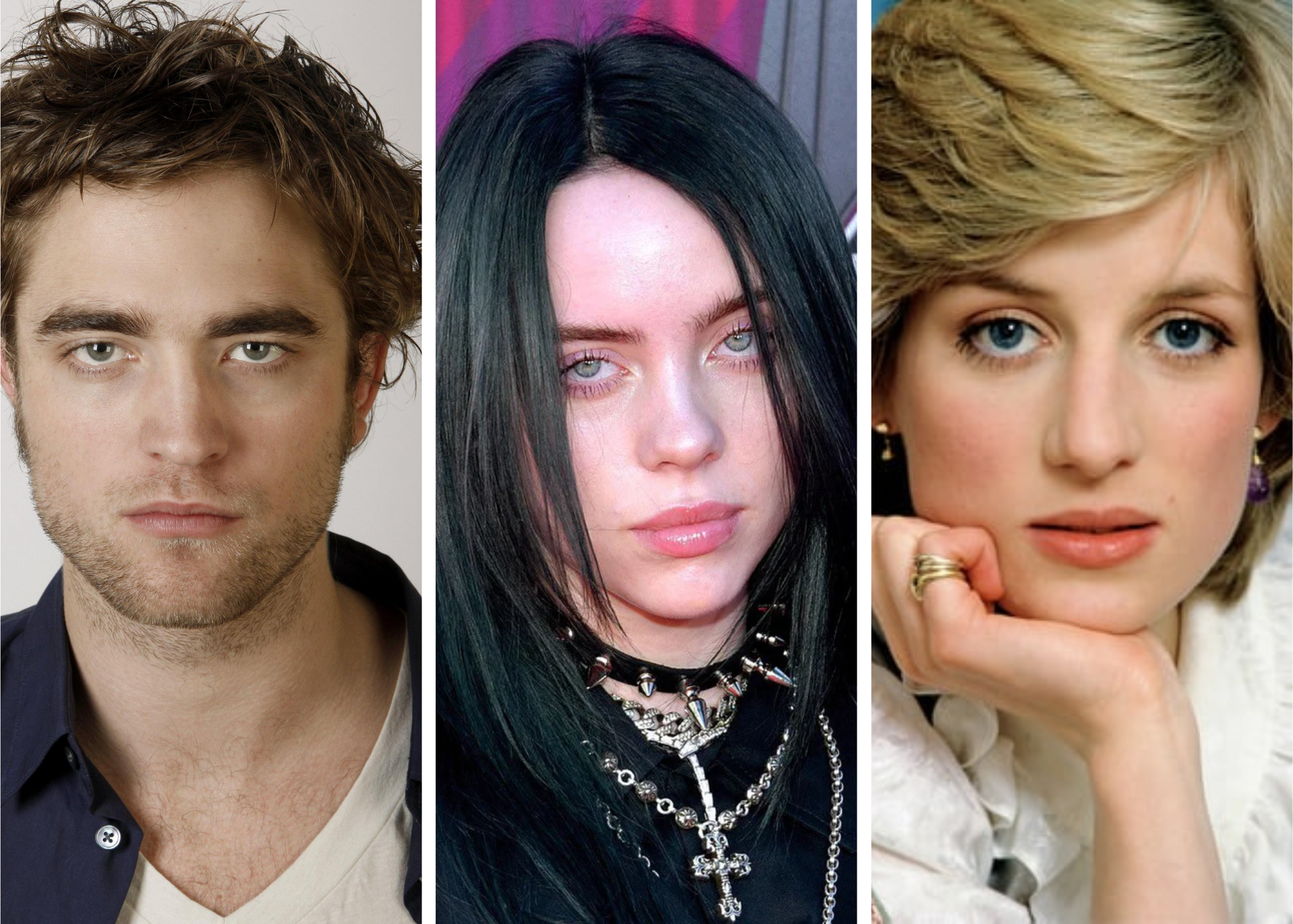 An old saying goes, "the eyes are the windows to the soul." This means that your eyes can show what you are thinking or feeling. However, according to some cultures, your eyes can also tell you what you will be in the future, and this is commonly called "Sanpaku Eyes."

"Three whites" is what the Japanese words "Sanpaku" and "Sanpaku gan" mean. This phrase refers to people whose eyes are white at the top or bottom of the iris, even when they are looking straight ahead.

Having such eyes can even alter one's fate for the worse. According to Japanese and Chinese, sanpaku eyes implies having a physical and mental imbalance. Later on, they are destined to experience changes in behavior and bad luck. 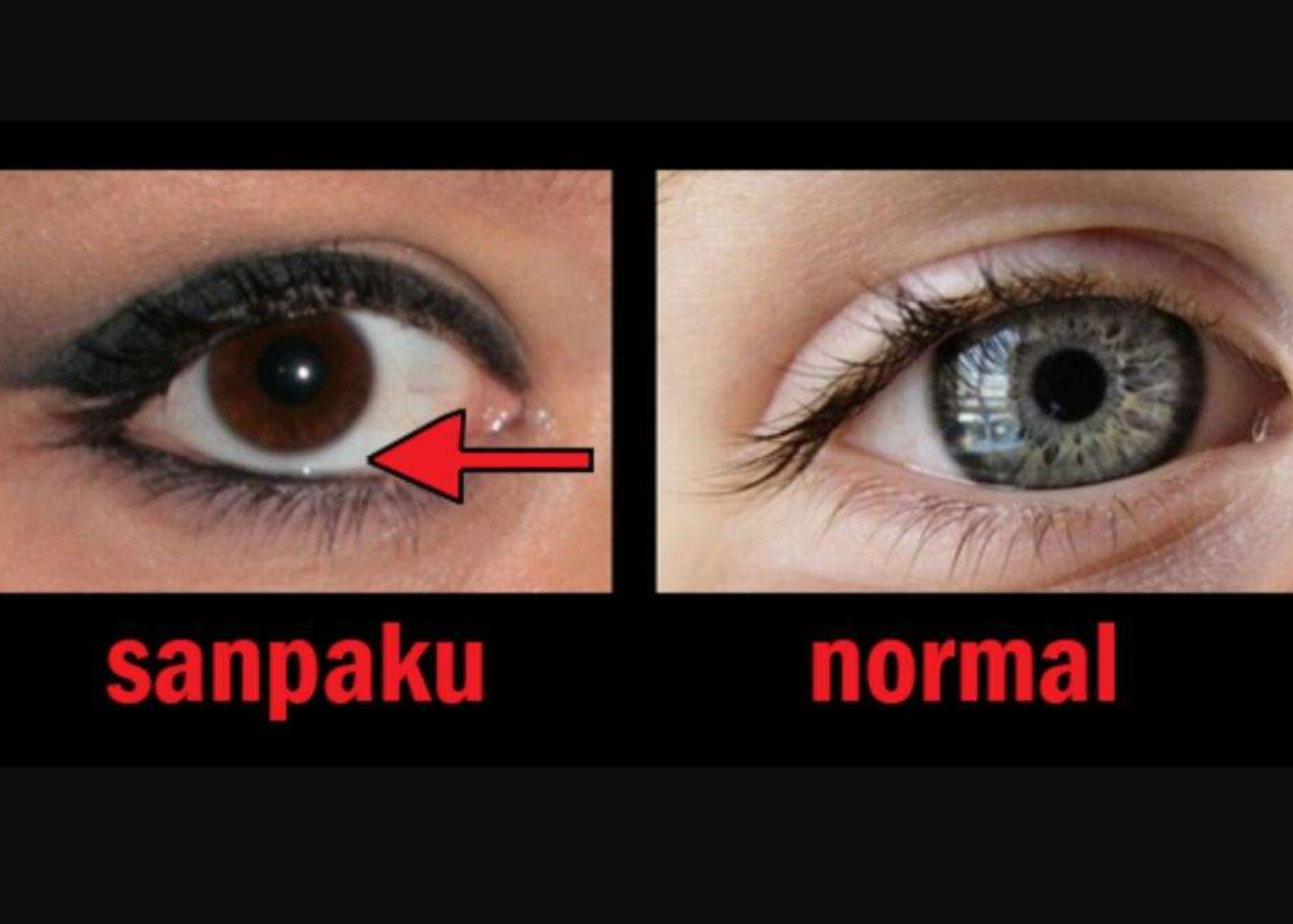 Let me first introduce you to the two primary parts of the eye that you should be familiar with before you understand this belief. This article will not go into detail about all of the parts of an eye, only two of them. The first is Iris, and the second is Schlera.

The colored part of your eye is called the iris. Your iris controls your pupil, which helps you see well. Your iris is always changing the size of your pupil without you being able to control it.

Lastly, the sclera, also called the "white of the eye," is a covering that protects most of the eyeball. It helps keep the shape of your eyeball and keeps it from getting injured.

Of course, if you look in the mirror at your own eyes, you'll notice the whites (sclera) on either side of each iris. However, if you see white above or below the iris, your eyes are sanpaku, meaning they have three whites.

It is possible for the individual to have only one or both eyes affected by this condition. Even though it seems to be a completely normal trait, the Japanese have a lot of superstition attached to Sanpaku's eye for some reason. This is somewhat surprising.

What is more surprising is that famous celebrities have also spotted that they also have this eye. Does your idol have this? Let's take a look at the first celebrity on our list who has sanpaku eyes. 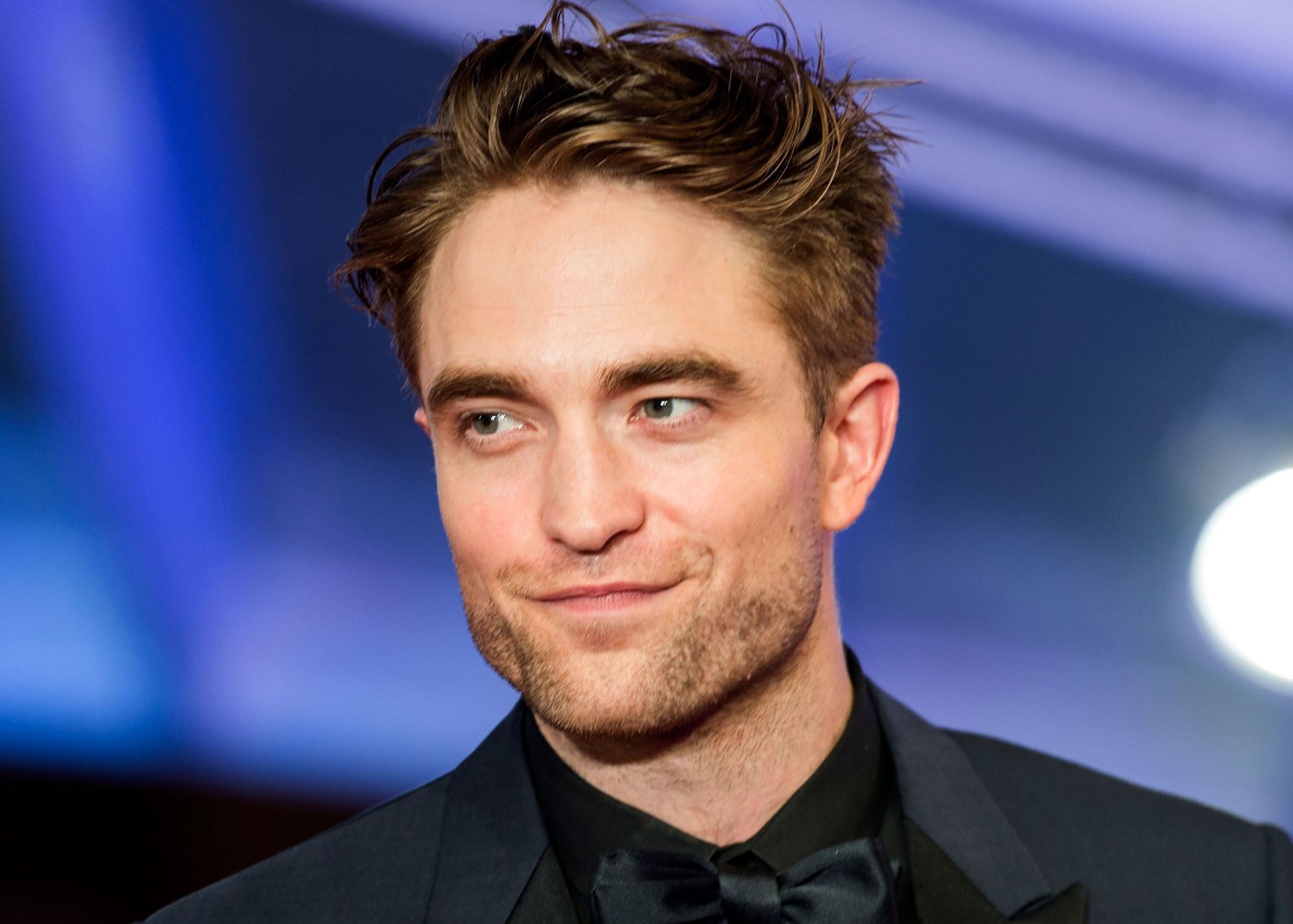 In his formal attire, Robert Pattinson wears a bowtie and a friendly smile

Robert Pattinson possesses the uncommon physiological trait of Sanpaku, or the visibility of the white of the eye between the iris and the lower eyelid. It is very rare, and some people envy and admire it, while others hate and fear it.

Then, in 2008, Pattinson landed a career-defining role in "Twilight" as the heartthrob vampire Edward Cullen (2008). After his "Twilight" franchise concluded, Pattinson looked for more substantial roles in indie films. After Ben Affleck's departure from the Batman franchise in 2017, Robert Pattinson stepped into the role.

Like what the Japanese and Chinese said about sanpaku eyes, the worst happens to them. This is true for Pattinson. In 2013, the actor said that he has crippling anxiety and a condition called body dysmorphic disorder.

In fact, he revealed that he also struggles with depression and anxiety. He said

I kind of like my anxiety in a funny sort of way and I like my peaks and troughs. I would love to go into therapy but it makes me too anxious. I used to get so paralyzed with anxiety ... that I couldn't do anything. 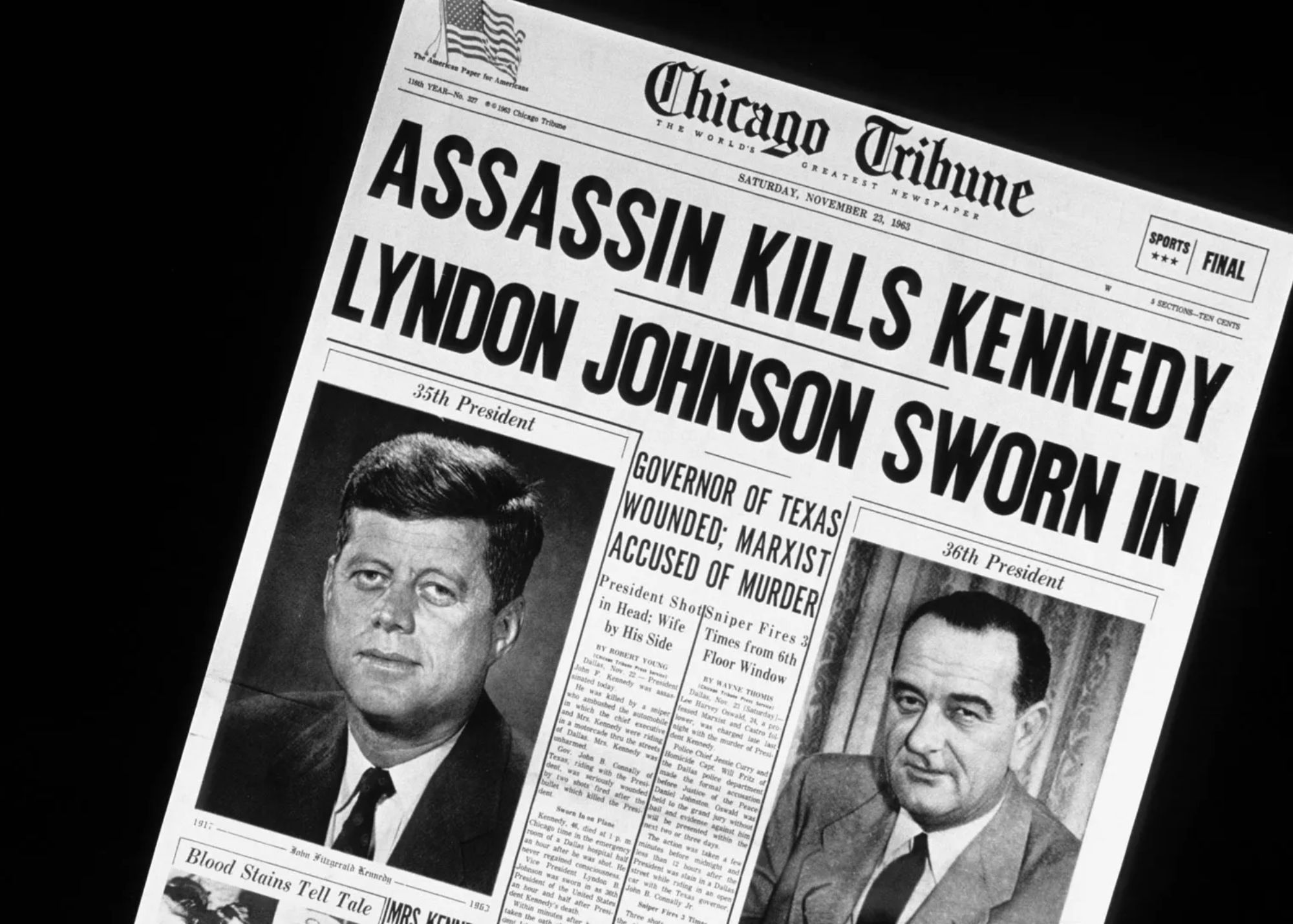 A newspaper with a news banner that reads, "Assassin Kills Kennedy."

John F. Kennedy, who was the 35th president of the United States, had yin sanpaku. This means the white part under the iris. Traditionally, yin sanpaku means that you may face some kind of threat or danger from the outside world or that you tend to put yourself in dangerous situations.

George Ohsawa, who came up with the idea of sanpaku, claimed to have known in 1963 that the former president would die. This much is clear: Kennedy was often in danger.

Even before he was killed, he was a hero during World War II. When a Japanese destroyer attacked his ship, he saved people from his Navy unit. JFK also had Addison's disease, an endocrine disorder in which the adrenal glands don't work as well as they should.

John F. Kennedy, whose full name is John Fitzgerald Kennedy (JFK), is the youngest person to be elected president. He had to deal with a lot of problems in other countries, especially in Cuba and Berlin, but he was able to get things like the Nuclear Test-Ban Treaty and the Alliance for Progress done.

He was killed in Dallas while he was riding in a motorcade. After his death, it was also found that he had hypothyroidism. One of the characteristics of having sanpaku eyes includes poor health. 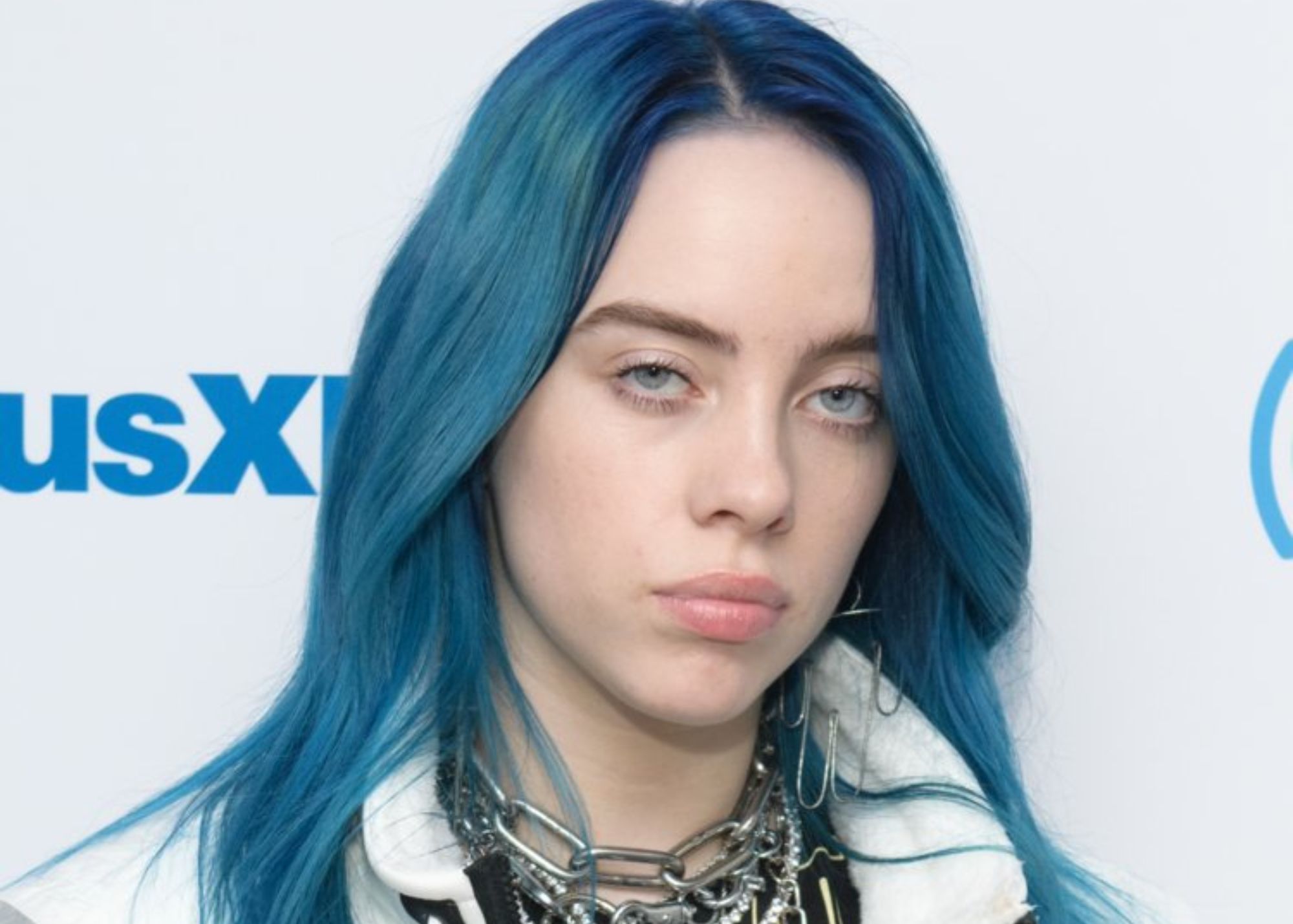 Billie Eilish shows her serious face, a chain on her neck, and her aqua blue hair color

Billie Eilish, in full Billie Eilish Pirate Baird O'Connell is an American singer-songwriter who first became known for his song "Ocean Eyes" in 2015. In 2020, she won the Grammy for album of the year at the age of 21, making her the youngest person ever to do so.

In 2021, she also co-wrote and performed the James Bond theme song "No Time to Die," which won the Academy Award for Best Original Song.

Some of Billie Eilish's fans have noticed that she has yin sanpaku eyes, which makes them worry about their favorite singer. But this crazy and illogical theory hasn't been proven, and now many TikTok users are posting about how much they love their own sanpaku eyes.

After seeing these TikTok videos online, a lot of people found out that they really do have sanpaku eyes. Some people worry about what this means for their lives, but many people just think it's beautiful. 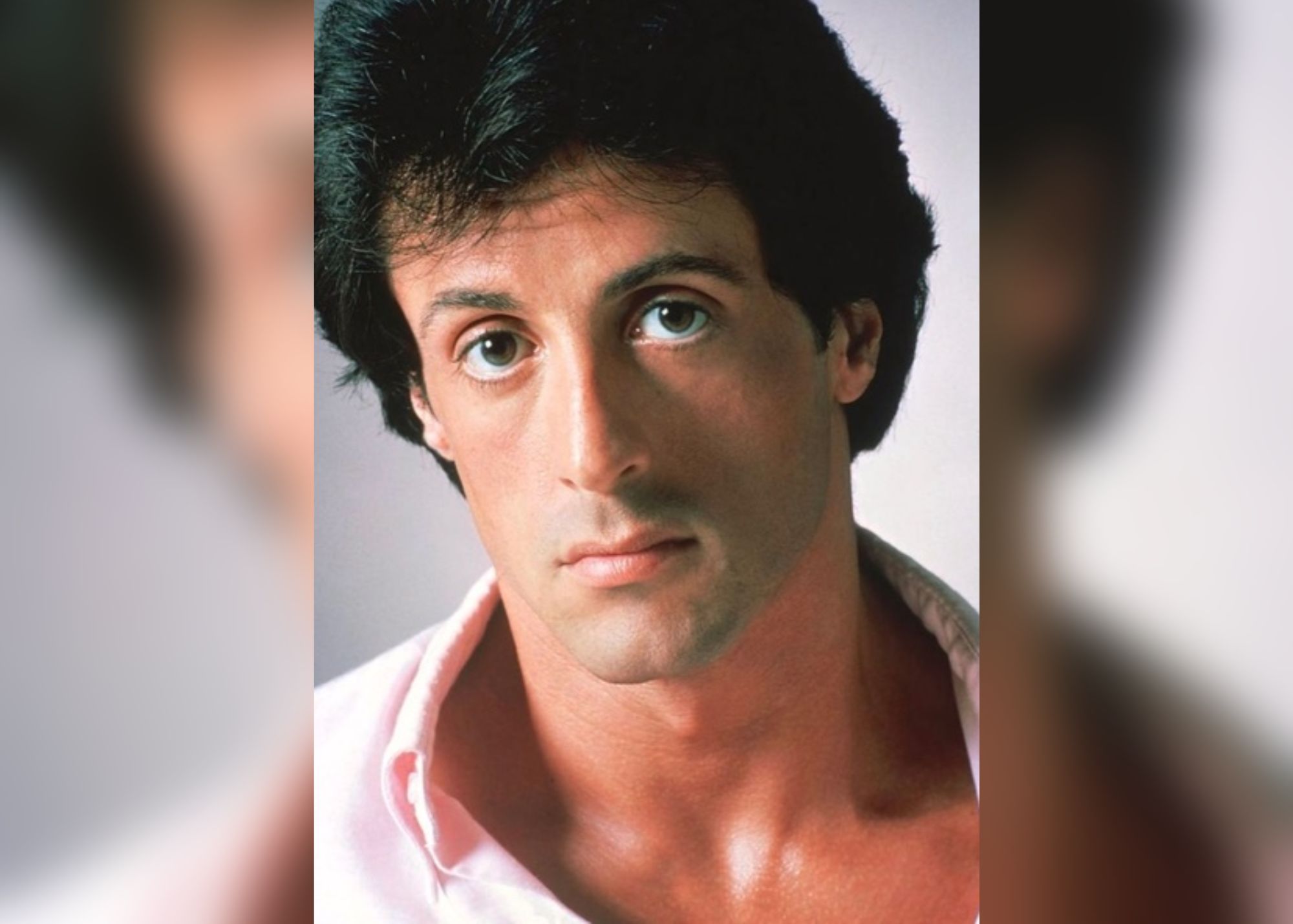 Sylvester Stallone was an American movie legend. In the nearly 50 years he worked in the movie business, he was the only one who gave life to Rocky Balboa and John Rambo, two of the most popular movie characters of all time. Stallone was born in the Hell's Kitchen neighborhood of Manhattan.

Problems during his birth left him with parts of his face that couldn't move. Everyone says that Stallone also had a hard childhood. His parents' marriage was rocky, and they fought all the time. In the end, they split up.

Some celebrities are well-known for their weird looks and personalities, but not all celebrities with sanpaku eyes look strange. Some famous people have sanpaku eyes, which make them seem powerful, seductive, and mysterious.

You can learn more about the following stars who have sanpaku eyes besides the ones in the article:

The video talks about a scary idea called "Sanpaku Eyes" that has been around for a long time. This also talks about what Sanpaku is and what the Yin and Yang eyes of Sanpaku mean.

Furthermore, this video will provide answers to the following questions: 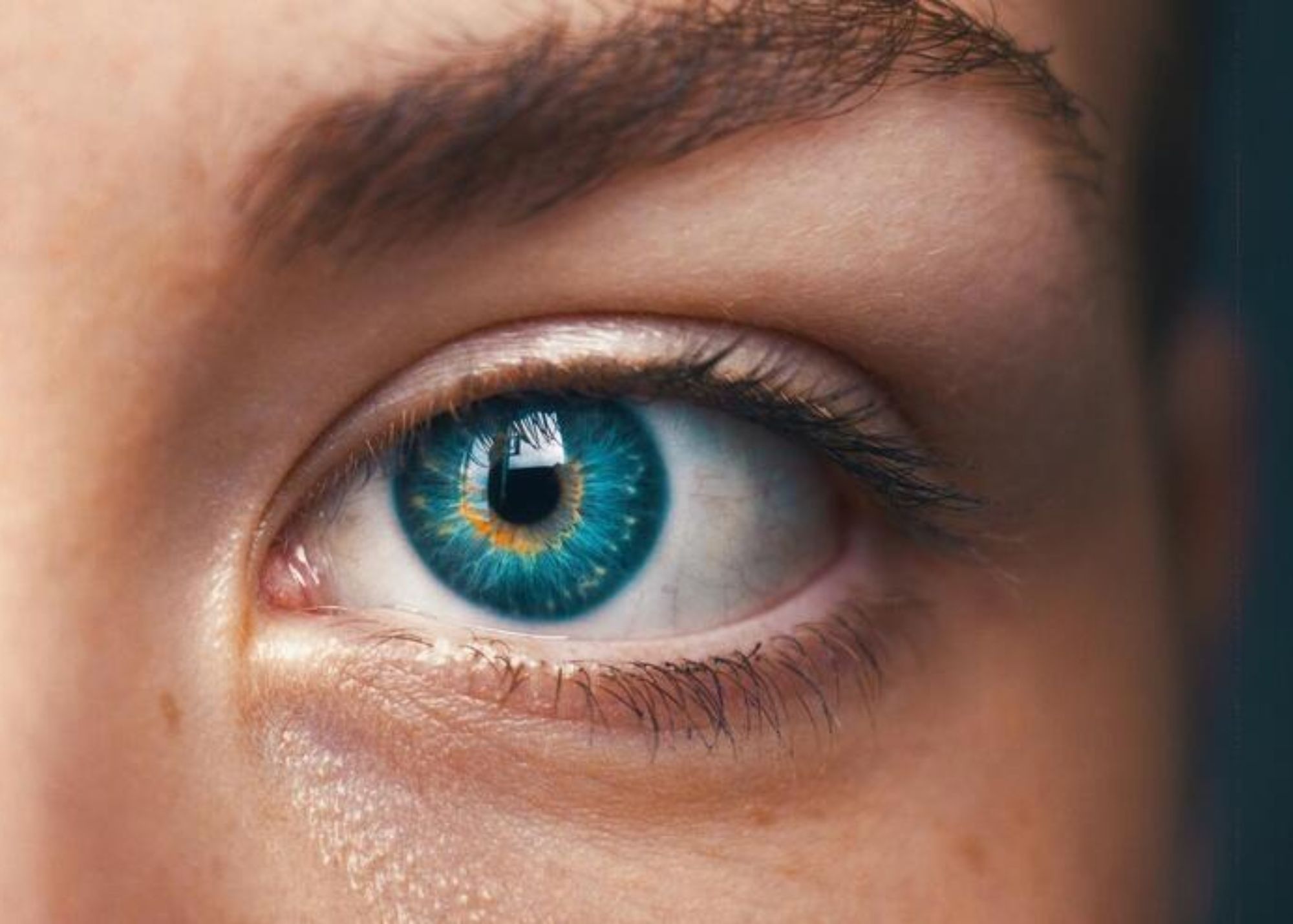 First of all, "sanpaku eyes" is not a medical term. Second, the thing the phrase is talking about isn't exactly a medical condition. Instead, it's a physical trait that isn't that rare. It's like you're wondering about the condition called dimples.

Sanpaku eyes have the sclera (the white part) visible above or (usually) below the iris. The word comes from the Japanese words for "three" and "white." It means that the iris is surrounded by sclera on three sides instead of the usual two.

Is there any medical significance to sanpaku eyes? Nobody has ever died as a result of having too much sclera as an isolated trait.

If you or a member of your family has "sanpaku eyes," which literally translates to "three whites," it means that white space above or below the iris is visible. In many traditional Asian households, having sanpaku meant you were cursed or carried bad luck.

The video gained 1.4 million views on YouTube and more than 3,000 comments. Here are some comments from the users regarding the Sanpaku Eyes Curse:

Why is no one talking about how it literally depends on where the person is looking at ... In all the pictures of Princess Diana she was looking upwards and anyone who looked slightly upwards would have the white underneath...?

"There's still Millions of people around the world died brutally and tragically even without Sanpaku eyes."

"We just gonna ignore that he picked a few known people out with this 'condition', but doesn't compare it to the rarity of people with normal eyes having the same 'destiny.'"

One YouTube user disproves the theory about Sinpaku eyes by posting the following:

"Fun fact: they are just looking up at the camera and just had a random coincidence."

The video below features 15 KPOP idols with sanpaku or sambaegan eyes:

What Do Sanpaku Eyes Indicate?

Sanpaku eyes indicate that you are under attack from within. In other words, you're more likely to struggle with unwanted emotions, which could have a negative impact on both your behavior and overall well-being.

How Do You Fix Sanpaku Eyes?

You will almost certainly require a combination of treatments, including lateral canthopexy with spacer grafting and a midface lift. These are all done at the same time through a lower blepharoplasty incision and all aim to elevate, support, and re-create a more almond-shape position for the lower lid.

What's The Opposite Of Sanpaku Eyes?

Reverse Sanpaku-Mania. When an adult shows "reverse" sanpaku, it could be a sign of mania, which is sometimes linked to bipolar disorder.

Sanpaku eyes is a condition that could affect just one eye or both. Even though Sanpaku's eye seems like a perfectly normal trait, the Japanese have a lot of superstitions about it. This is kind of strange!