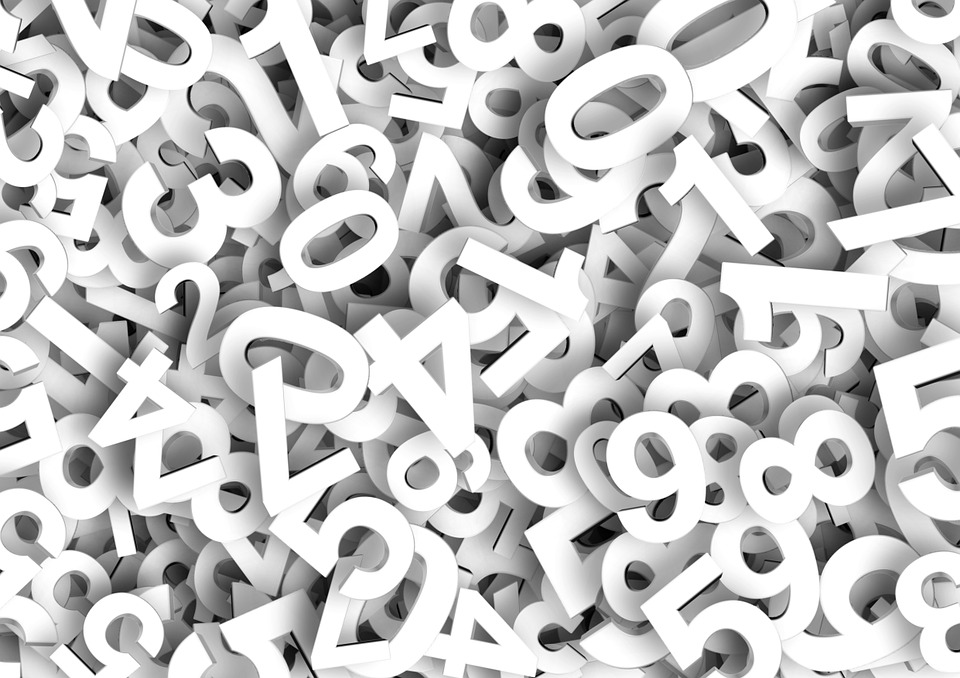 It shouldn't be a surprise that a lot of famous people believe in the power of numbers as a way to find out what they're good at, manifest their vision, and make their dreams come true.

As this sacred science becomes more well-known, more stars are talking openly about how numerology has helped them in their careers and personal lives.

Find out about numerology celebrities who are known to be interested in life paths and what it says about their careers.

But before we talk about famous people's obsession with numerology, let us know first what Numerology means and how it can affect your daily life.

Numerology is the study of the way numbers affect your life. By using numerology, you can find out things about the world and about each person.

The meanings of numbers can then be used to help us understand the world and ourselves better.

For example, you can figure out your life path number, expression number, and heart's desire number, among many others, to learn more about your purpose and personality.

Numerology helps you find out what you can do and what you will accomplish. It helps you make plans for the future and set goals, and it gives you confidence that you are on the right path.

It also helps you plan for problems you might face in the future and see what opportunities are coming your way. It doesn't matter if you believe it or not; what matters is that you have a broad and open mind.

In an interview with Allure, Ophi Edut of the AstroTwins talked about how numerology helps you learn more about yourself by showing not only how you express yourself but also where your natural energy goes.

Numerology reveals the age of your soul. If you're a Leo sun with an 8 Life Path, you know that the Leo nature is being filtered more internally than externally.

Numerology is also a great way to figure out what numbers keep coming up.

With numerology, you can use specific pieces of information, such as a home address, to derive details. You really start to see patterns everywhere.

Celebrities Who Believe In Numerology

People today, whether they are famous or not, want something to guide them through life. Below, we will talk about celebrities who believe in numerology. 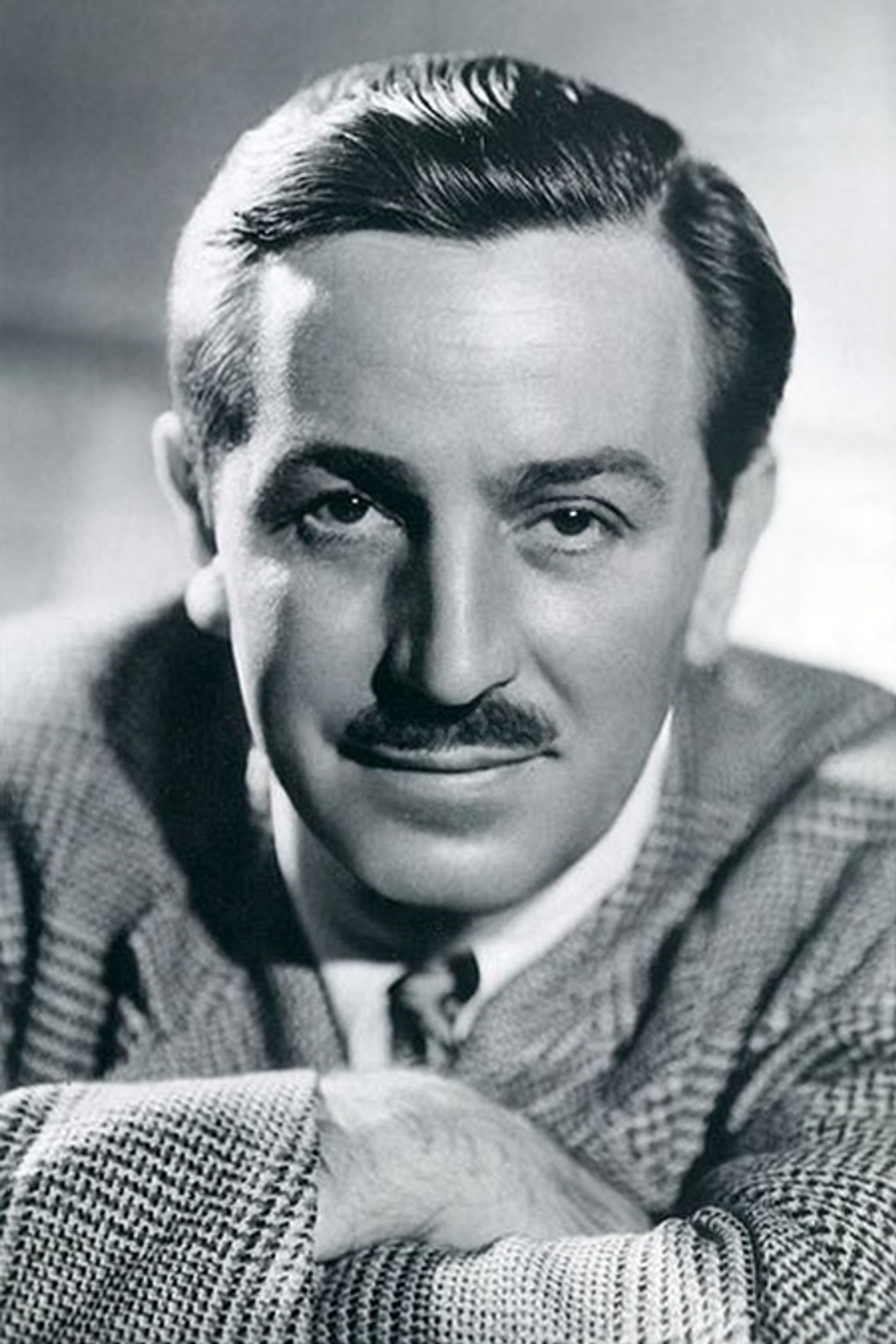 A black-and-white headshot of Walt Disney

In Donald Duck in Mathmagic Land, which came out in 1959, Walt Disney talked about numerology. It was clear that he was interested in the subject, so he told his audience about it.

Walt Disney has a life path number 1. His life path led him to be a pioneer of American animation. He started the whole new business on his own and made sure it did well.

So many great movies bear his name and show what a great businessman, leader, and outside-the-box thinker he was. 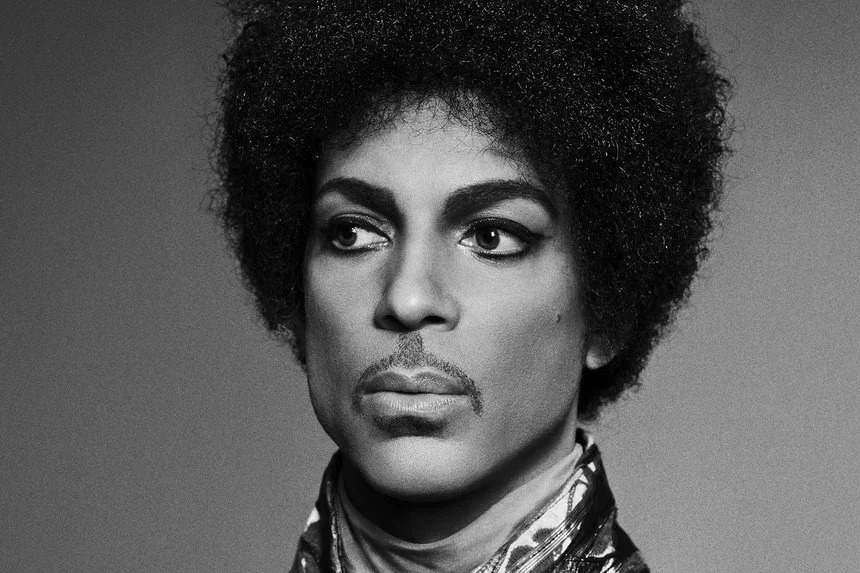 Headshot of Prince with thick eyebrows, eyeliner, and well-trimmed mustache

When it comes to music, Prince is pretty much a force to be reckoned with. Prince was an amazing musician, but what you might not know about this famous person is that he was crazy about numbers.

He thought, like many other people, that the number 7 was special and had something to do with God because it was the day he was born and the decade his first hit album came out. He thought that it changed his whole life.

If you like Prince, you've probably heard his hit song "7," which is on his "Love Symbol" album. He was a firm believer of numerology. 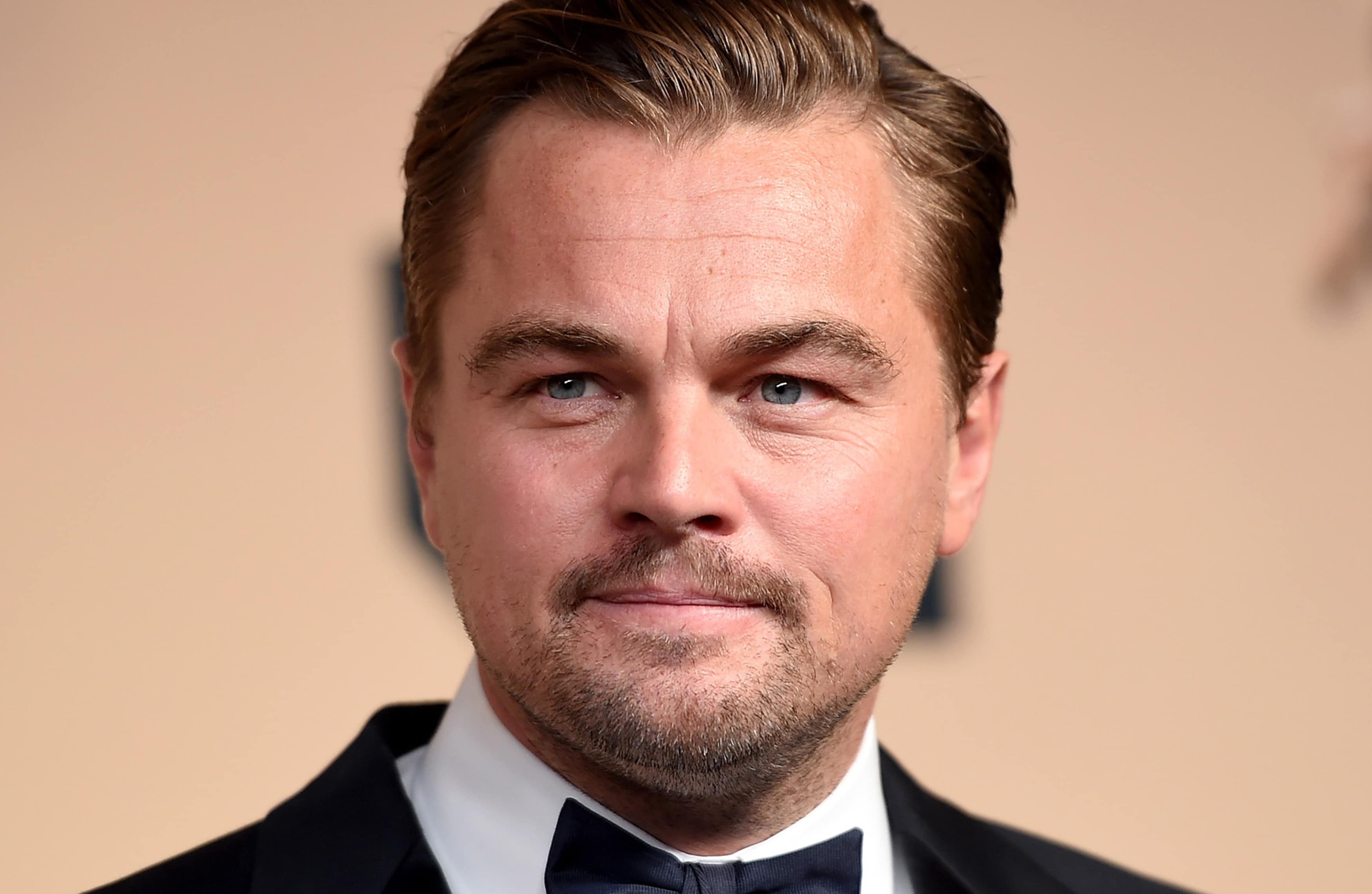 Leonardo DiCaprio is associated with the number "7" in the same way that Prince was.

Leonardo's charts show very clearly that he chose this path in life because it helps him find more answers and show the world the truth. He is very determined to find answers that help people see the truth and move into a new reality they may have always ignored.

He is respected by people who know him or have worked with him because he makes good business decisions.

One of his main goals in life is to find the truth. That is a typical "7" trait, according to numerology.

Michael Jordan had one of the best NBA careers, and he used the energy of number 23 to help him play better.

After helping the Bulls win three championships in his number 23 jersey, he gave up basketball. He came back to play with number 45 later. He went back to his lucky number 23 after just one loss.

He is a great team player on the court because of his 2nd Life Path. He knows how his teammates and opponents will move so he can put himself in the best place to score. He is good at everything because he is willing to work with others to help everyone win. 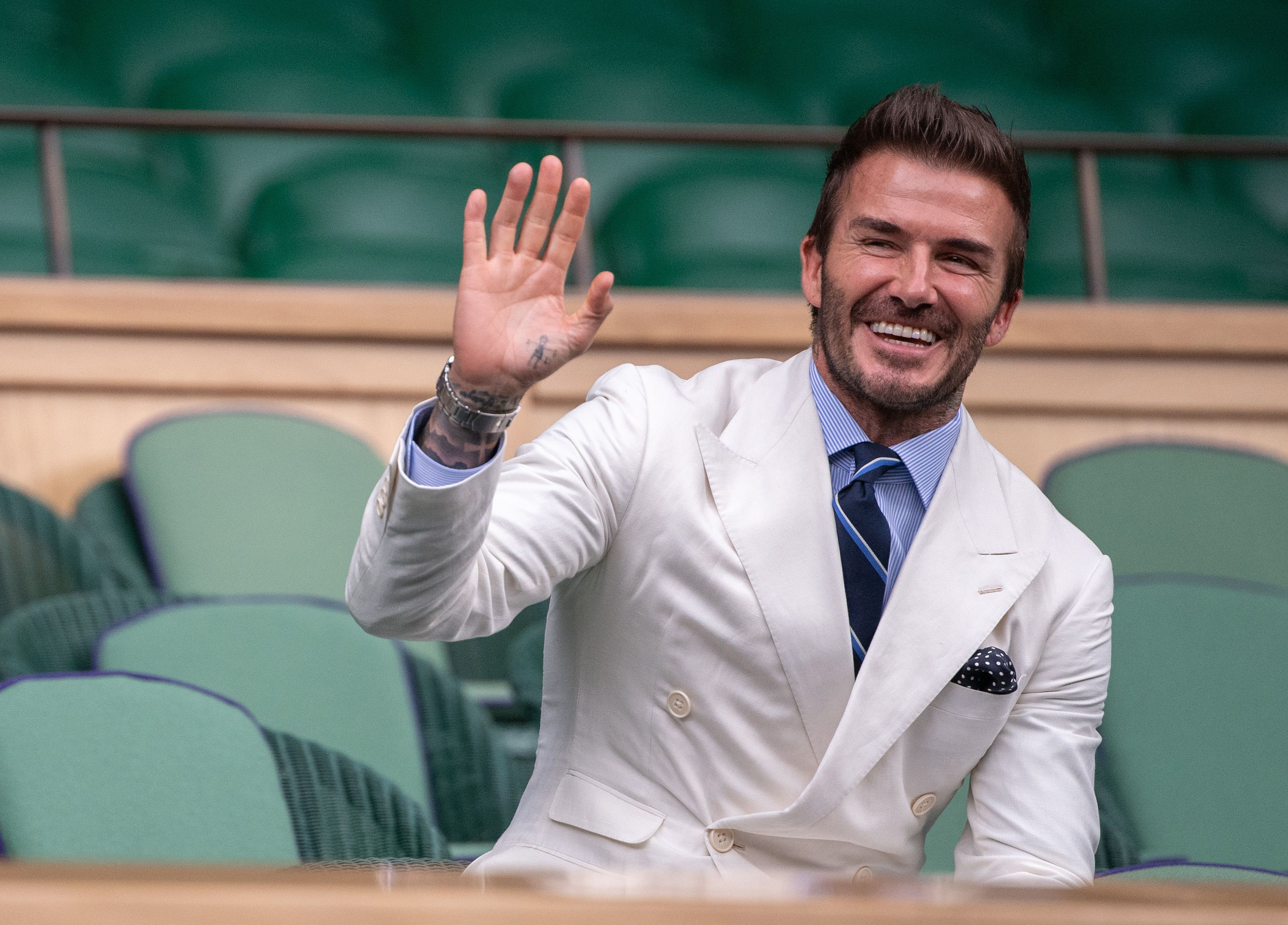 David Beckham was a big deal in football and in the general public, especially after he got married to Victoria Beckham of the Spice Girls.

David Beckham was thought to be obsessed with how everything in life is related to the number 23, just like Michael Jordan.

Their famous couple name, "David and Victoria Beckham," is used to make up the number. People also thought that it was why his shirt number changed from 7 to 23 when he first started playing for Real Madrid.

Madonna's rise to fame has gone hand in hand with her serious study of spirituality, which has shown her how master number 11 guides her path.

Her 11 Life Path has given her the ability to be fiercely independent in how she expresses herself and also to feel what her audience is feeling.

This gift raises awareness to a new level, just as her hit album and rebellious behavior brought attention to the role of a woman in society.

She made things fair between men and women by giving them the power to go against what society told them to do and follow their own dreams.

Oprah Winfrey is well aware that her numerological destiny is to be a master builder. This is indicated by her spiritual pursuits and production of Super Soul Sunday on OWN.

Her destiny as a 4 Life Path means she knows the value of hard work and has kept up her determination to see her vision come to life.

She started at the bottom and carefully worked her way to the top by being determined and thinking about the long run.

Over time, she's built a whole empire, with her own TV network and magazine. She will continue to build on her solid foundation for the rest of her life, making her one of the richest self-made women in America. 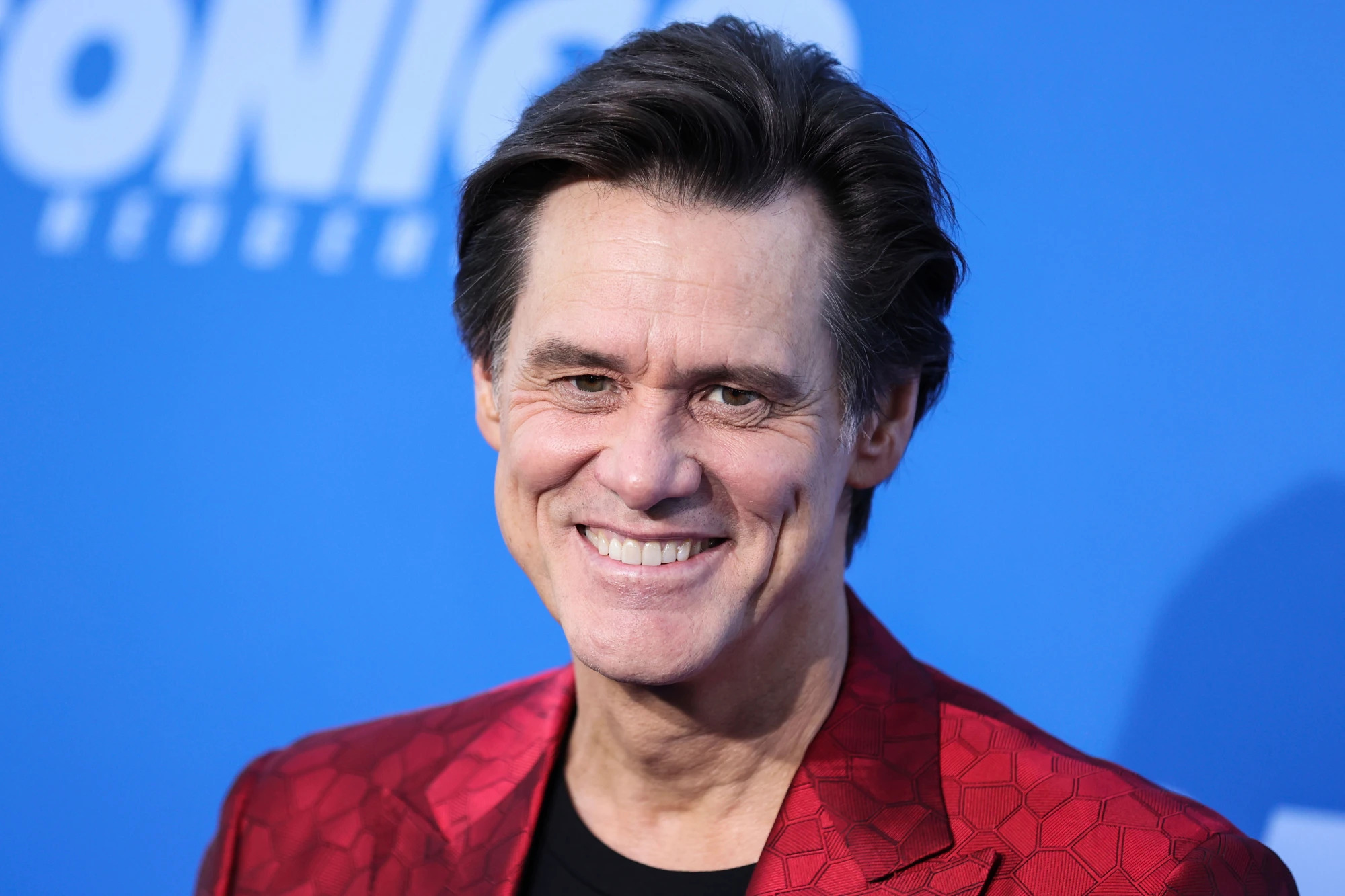 If you like talent and comedy, you're probably a fan of Jim Carrey.

While making the movie entitled "23," Jim became obsessed with the number 23.

He has talked about how this role changed him and showed him something new about numbers that he had never seen before.

Fans of Jim know that he was born at 2:30 in the morning. He even changed the name of his company to match the number, and he thinks "23" is very important to his connection to the earth. 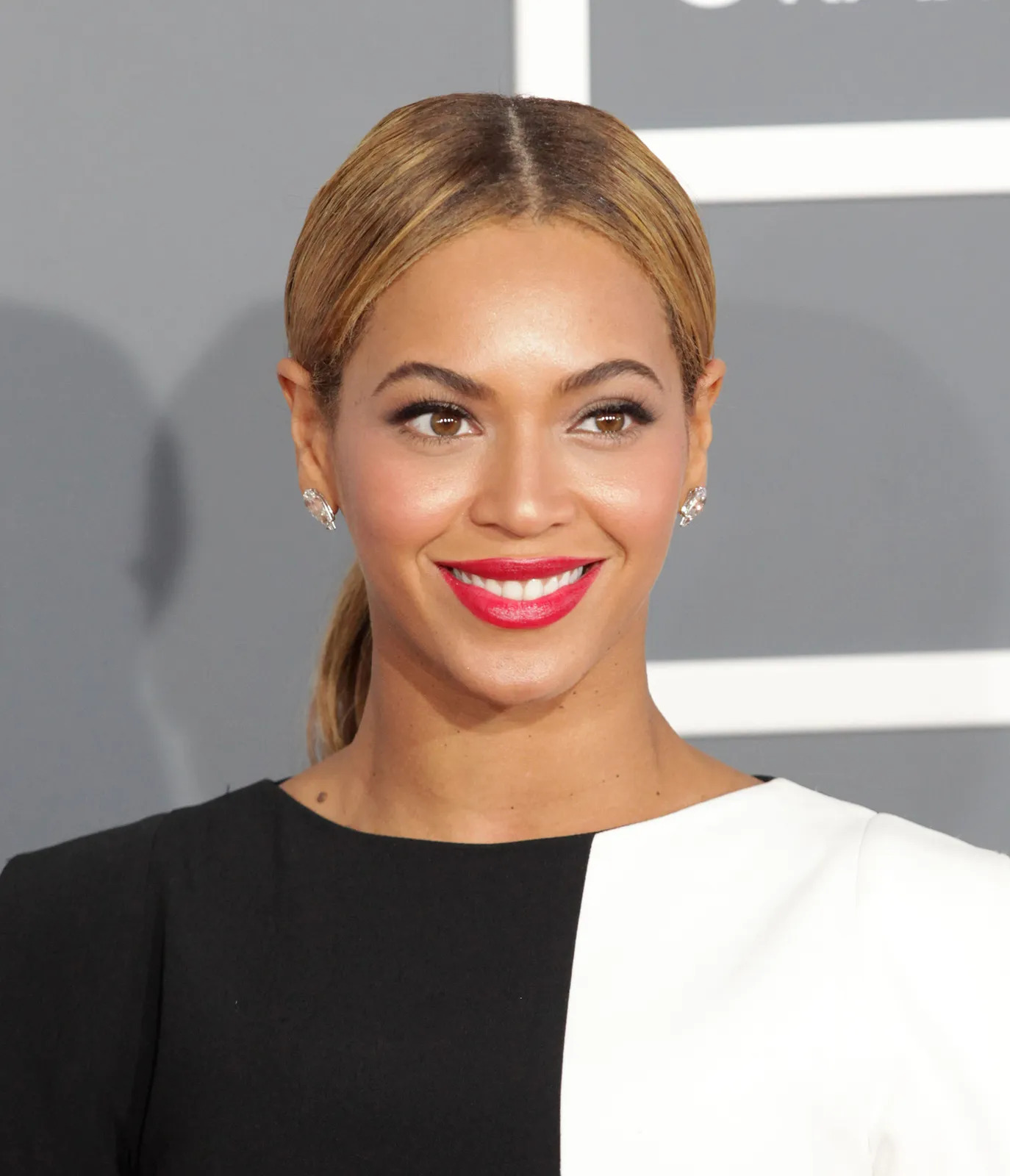 Beyonce wearing a black and white dress and silver earrings

Beyonce is crazy about numerology number 4. They talk about it openly in public, and many parts of their lives are based on it.

It is the day she and her husband Jay-Z were both born, and they both have it tattooed on their hands. Also, she gave her daughter the middle name Ivy, which is the Roman numeral for 4.

Her 5 Life Path is one of freedom, creativity, change, and originality. Her career will always be in transition, and it's unlikely that she'll ever do the same act twice. Beyonce is always looking for something new and exciting to do to impress her fans. 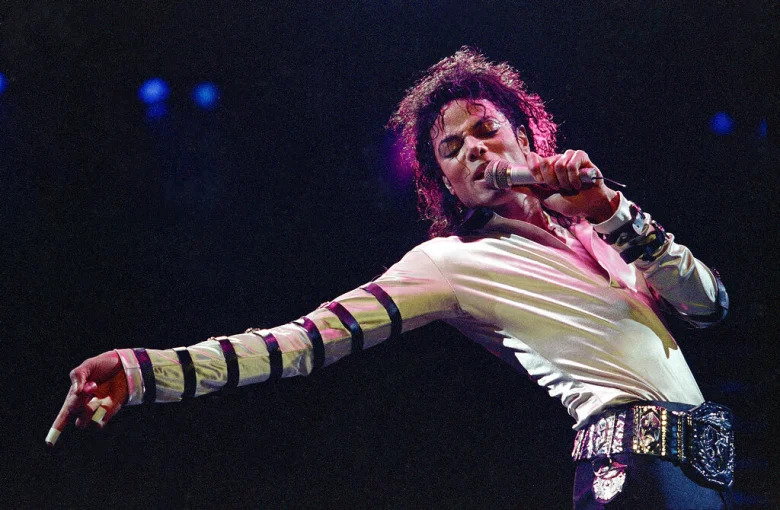 Michael Jackson always liked the numbers 1 and 7 because he thought they were lucky. It is thought that this is because both his first and last name have 7 letters.

As a Life Path 6, he used his creative imagination to bring people together in peace through his music.

This path is all about balance, and he helped other people find it through his pop music, which lifted their spirits and healed them with sound. 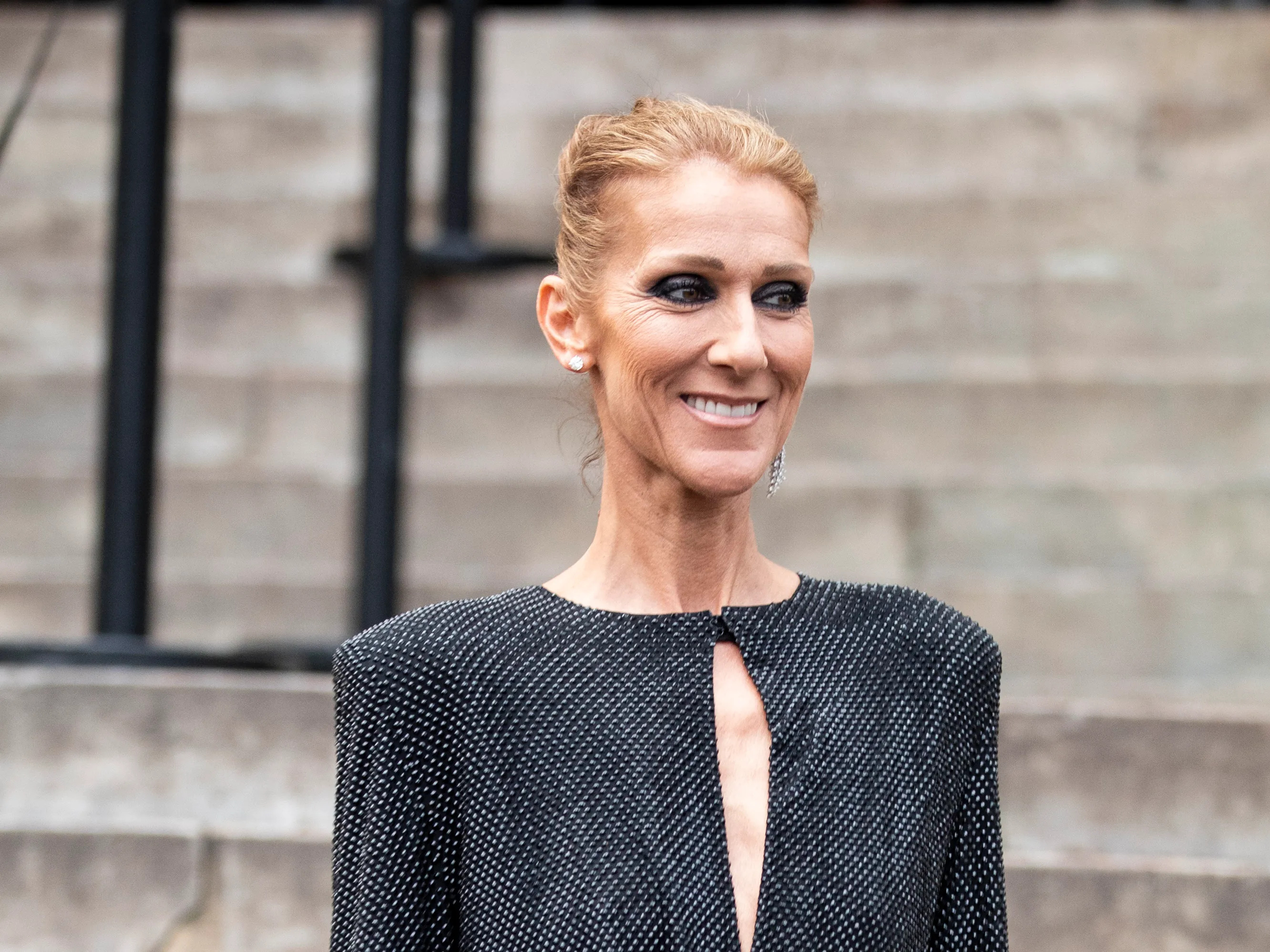 Celine Dion's unique number is 3. She has a lifestyle that is similar to that of life path 3.

She is very creative and can express herself quickly. She is in that group, along with many other talented people, like writers and musicians.

Talent is their best quality. They are also very smart and don't mind talking to other people and having deep conversations. 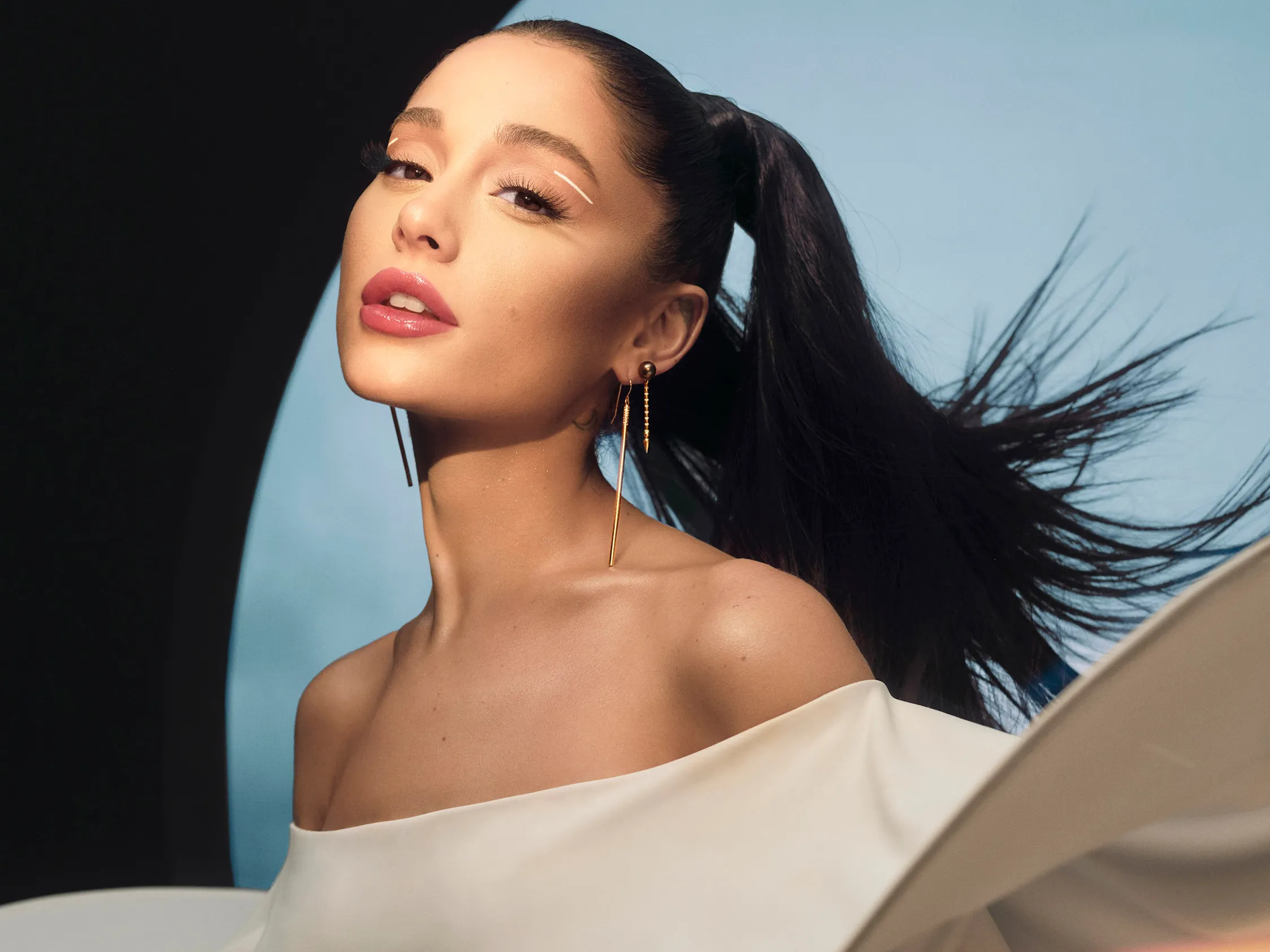 Ariana Grande wearing a white dress on the cover of Allure

Ariana Grande has been very open about her belief in Kabbalah and Numerology. Her number 9 life path leads her to be spiritual and kind.

Her career will always be about helping other people. She isn't in it for her own glory. Instead, she wants to use her money to help other people and make their lives better.

She hopes that her music and charitable work will help heal the world. 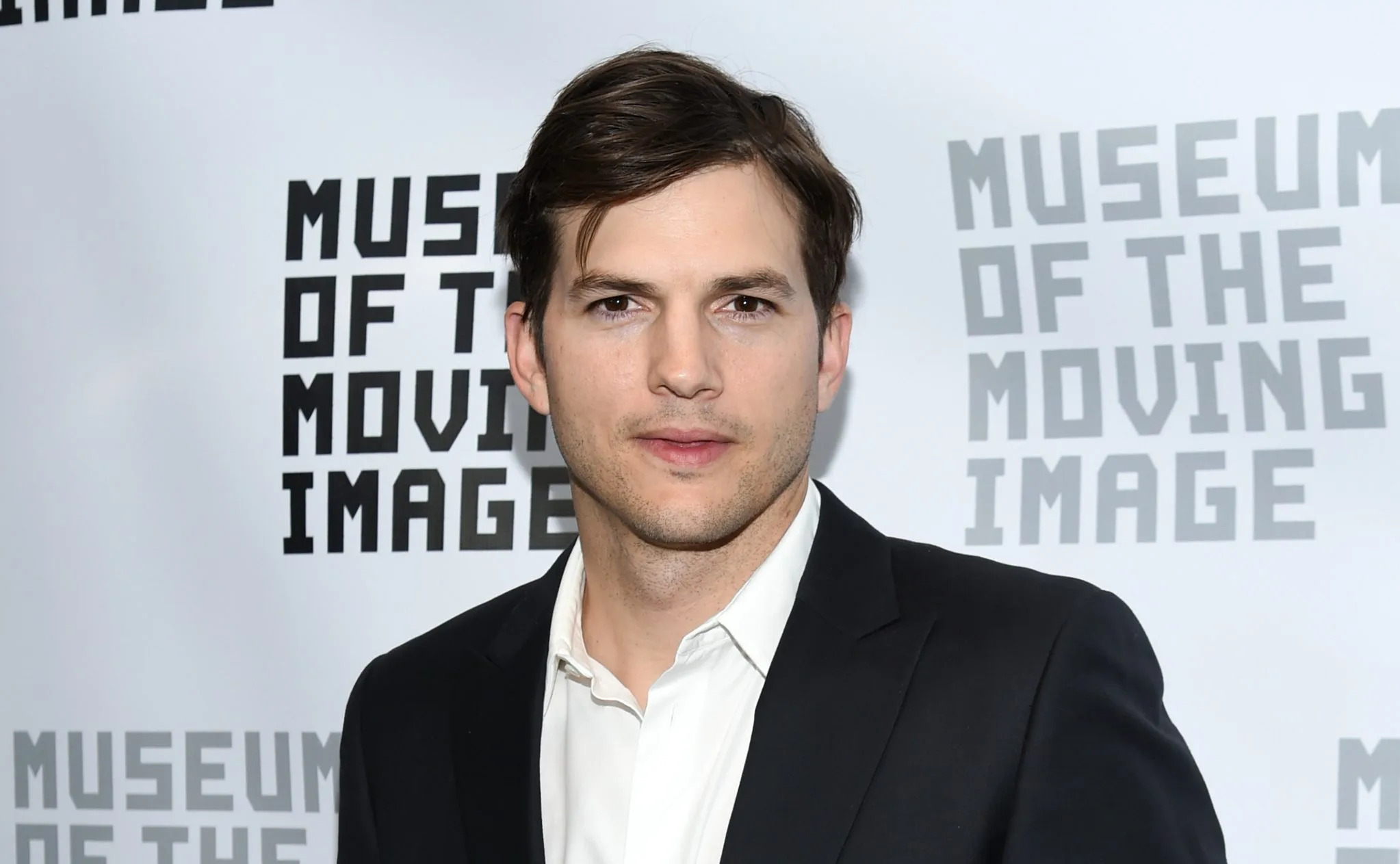 Ashton Kutcher has used numerology to realize his destiny as a researcher, advocate, and deep thinker.

As a Life Path 7, he made a promise to use his fame to bring attention to social problems and change the way people think.

He's also a very serious entrepreneur and philanthropist who uses his fame to get help for his important projects that aim to make the world a better place. 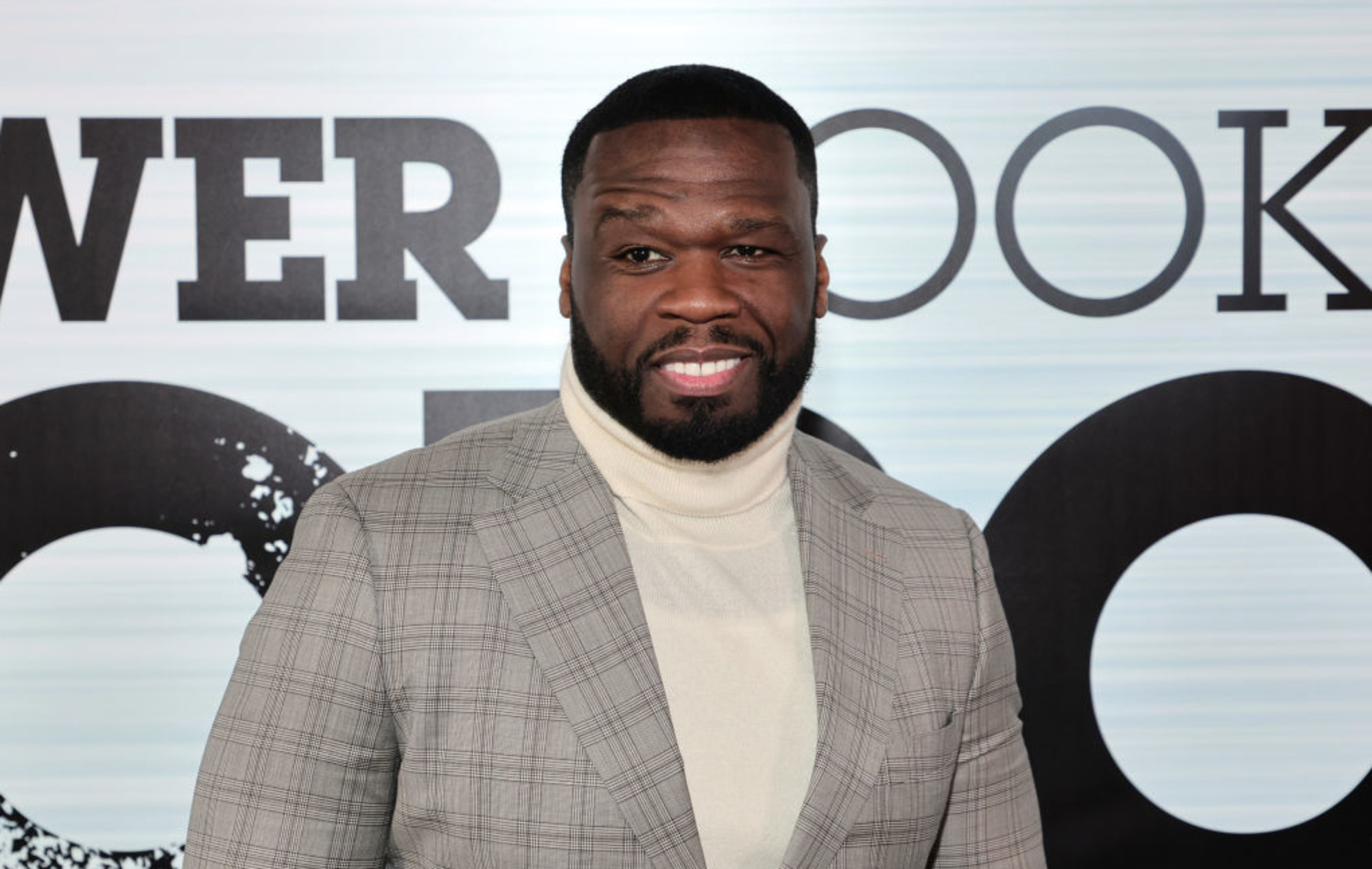 His life path number 8 makes him a natural businessman with a clear vision who wants to build an empire.

Finances will always be one of the most important parts of his job. From being a big star to going bankrupt, he's here to learn how to get rich and keep it that way.

Who Are The Celebrities With Life Path Number 7?

Michael Jackson has a Life Path 6.

What Is JayZ Life Path Number?

Both Jay Z and Beyoncé's life path numbers are 5.

Even though people didn't believe in numerology in the past, it has now earned the respect of some of the most famous people in the world.

It could be a way to encourage them to move forward, to give them more control over their lives, or to give them faith in a future that has been promised to them since they were born.

Numerology celebrities around the world have changed their names and careers based on their life path numbers. This may seem crazy to you, but maybe it takes a little bit of crazy to become something great.

Don't be too logical to not believe in something that might wake you up in the morning.

We all need a little bit of nonsense to keep going.