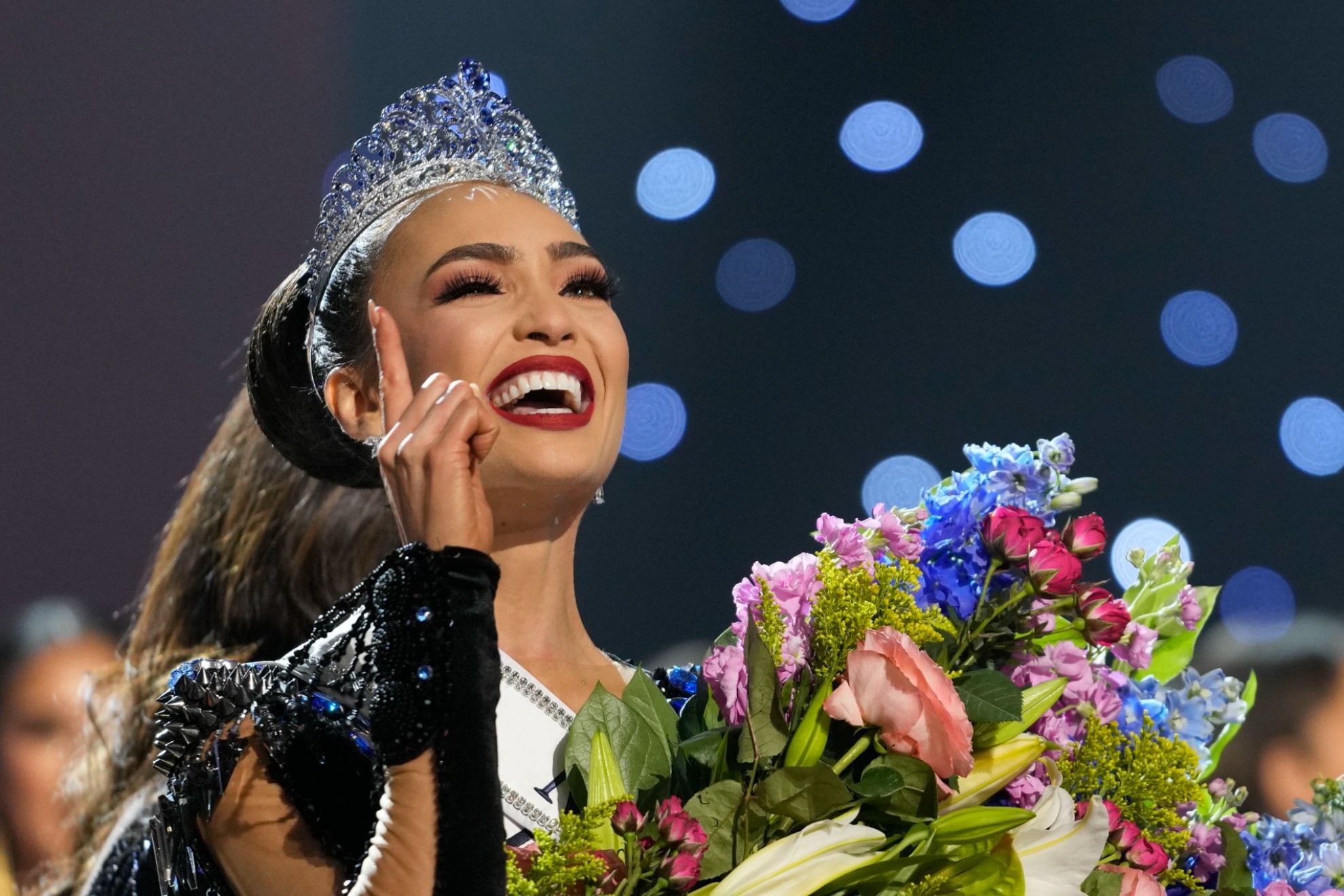 Miss Universe is without a doubt the most famous and important beauty pageant for women in the world. In January 2023, the pageant celebrated 71 years of finding the most beautiful woman from all over the world.

R'Bonney Gabriel, who was Miss USA is the Miss Universe 2022 winner with her winning answer in the last question-and-answer round.

Filipino-American Gabriel is the first Filipina-American Miss USA. She makes clothes that are good for the environment, teaches sewing, and models. She beat Andrena Martinez, who was Miss Dominican Republic, and Amanda Dudamel, who was Miss Venezuela.

TV star Jeannie Mai and Miss Universe 2012 Olivia Culpo were the hosts of the 2022 pageant. The Roku Channel showed it. Before the winner was announced, the contestants wore bright, stylish clothes in the evening gown, swimwear, and national costume shows.

Officials from the contest said that R'Bonney Gabriel, a fashion designer, model, and sewing teacher from Texas, is the first Filipino American to win Miss USA. She was named Miss Universe on Saturday night. As the winner was called out, Gabriel closed her eyes and held hands with the runner-up, Amanda Dudamel. Then, when her name was called, she smiled.

At the 71st Miss Universe Competition, which was held in New Orleans, loud music was played, and she was given a bouquet of flowers, draped in the winner's sash, and given a tiara. Miss Dominican Republic, Andreina Martinez, came in second.

During the last round of questions for the three finalists, Gabriel was asked how, if she won, she would show that Miss Universe is "an empowering and progressive organization."

"I would use it to be a transformational leader," she said, pointing out that she makes clothes from recycled materials and teaches people who have been trafficked or abused at home how to sew. Gabriel continued:

It is so important to invest in others, invest in our community, and use your unique talent to make a difference. We all have something special, and when we plant those seeds to other people in our life, we transform them and we use that as a vehicle for change.

Miss U.S.A. won the hearts of both the judges and the audience when she talked about how her work with victims of human trafficking and domestic violence could help more people if she won the pageant.

Miss Universe says that Gabriel went to the University of North Texas and played volleyball in high school. On the website of the group, there was a short bio about her. It said that she is also the CEO of her own line of clothes that are good for the environment.

Nearly 90 contestants from all over the world took part in the competition, which included “personal statements, in-depth interviews and various categories including evening gown & swimwear” according to the people who planned the event.

Amanda Dudamel from Venezuela came in second, after Gabriel. If Gabriel can't do her job, she will.

Just like Gabriel, Dudamel is a model, a psychologist, a philanthropist, and a fashion designer. Venezuela has won seven Miss Universe titles, which is less than the United States, which has won nine. This is their 20th time coming in second place.

Ashley Cario of Puerto Rico and Gabrila Dos Santos of Curacao were both in the Top 5, but neither was able to get second place. The three finalists from the Dominican Republic, the United States, and Venezuela were all in the running for the crown. The second finalist was the Dominican Republic, and the US and Venezuela fought over who should win.

Last but not least, the crowd's favorite was the winner. R'Bonney Gabriel is the new queen of beauty. She was born in Texas, but her parents are from the Philippines. She is Miss USA and is the eighth winner of the contest for the host country. A woman from India named Harnaaz Sandhu won last year.

At the 71st Miss Universe pageant, which was held in New Orleans, Louisiana, in the United States, R'Bonney Gabriel from the USA won and gave her country a record 9th crown. Filipino-American Gabriel is the first Filipina-American Miss USA. She makes clothes that are good for the environment, teaches sewing, and models.

As usual, people cheered for the main candidates. The representatives of Venezuela, the United States, Puerto Rico, Curacao, the Dominican Republic, and the United States made it to the final round.