Linda Hamilton Net Worth - $70 Million, The Only And Real Sarah Connor 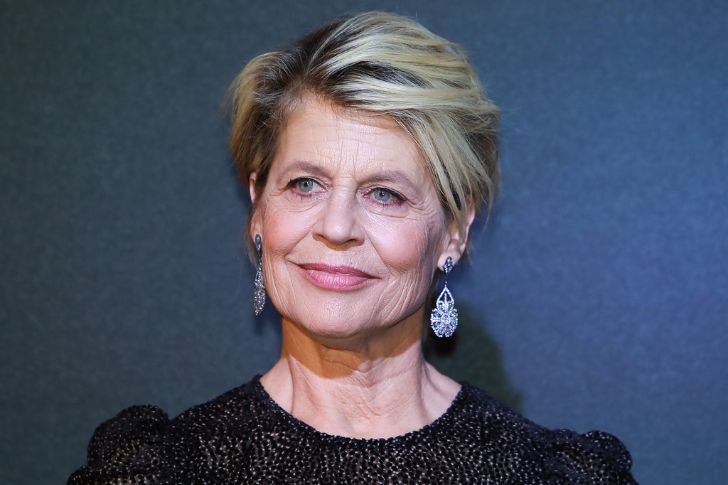 In the late 1980s, she received praise for her portrayal of Catherine Chandler in the CBS television series "Beauty and the Beast."

She has also appeared in the catastrophe thriller "Dante's Peak," the horror movie "Children of the Corn," and the NBC espionage comedy "Chuck," where she had recurring roles.

She participated in acting classes in New York taught by renowned performer and instructor Lee Strasberg.

Following her appearance in an episode of the NBC drama "Shirley" in 1980, Hamilton went on to feature in the television movies "Reunion" and "Rape and Marriage: The Rideout Case."

She scored a significant role as Lisa Rogers in the primetime serial series "Secrets of Midland Heights" the same year as well.

In contrast, she made her big-screen debut in the 1982 thriller "TAG: The Assassination Game," which also starred Robert Carradine.

"The Terminator" And Film Career

Following "TAG," Hamilton starred in the 1984 horror movie "Children of the Corn," which was based on a short tale by Stephen King.

Alongside Wilford Brimley, Glenn Close, and Robert Duvall, she also starred in "The Stone Boy." However, it was James Cameron's science fiction thriller "The Terminator" from the same year that propelled Hamilton to fame.

Hamilton became one of the most well-known female action movie stars when she played Sarah Connor, a woman on the run from a cyborg killer sent from the future.

"The Terminator" earned nearly $78 million on a budget of around $6 million, surprising both critics and viewers alike.

Later, Hamilton returned to the character of Sarah Connor in "Terminator 2: Judgment Day," which went on to earn more than $500 million at the box office and becoming the year's highest-grossing film.

Hamilton provided the voice for the 2009 sequel "Terminator Salvation," and in 2019's "Terminator: Dark Fate," she returned to the part in a leading role.

Hamilton had many television appearances in the early to mid-1980s, including on the daytime serial opera "King's Crossing," the movie "Country Gold," and four episodes of the crime drama "Hill Street Blues."

Additionally, she appeared in the television films "Club Med" and "Secret Weapons." Her most notable television performance came in 1987 when she played Catherine Chandler on the CBS fantasy drama series "Beauty and the Beast," co-starring Ron Perlman.

The program had high ratings, and Hamilton received nominations for both the Emmy and the Golden Globe for her performance.

Actor Bruce Abbott and Hamilton were married in 1982; when Abbott abandoned her while she was carrying their son Dalton, the couple divorced in 1989.

Hamilton then moved in with James Cameron, the "Terminator" filmmaker with whom she had a daughter, Josephine, in 1993.

Hamilton has previously been outspoken about her battles with bipolar illness and despair, which she believes are to blame for her two failed marriages.

Hamilton had another setback when shooting "Terminator 2," losing the ability to hear in one ear after co-star Arnold Schwarzenegger blasted a shotgun in an elevator while she had already taken out her earplugs.

The filmography of Linda Hamilton, who is most known for playing the no-holds-barred Sarah Connor in James Cameron's Terminator series, demonstrates her talent for playing vivacious and energetic characters.

In order to save a young lady who is destined to safeguard the survival of the human species, an enhanced human and female warrior join up to defeat an advanced Terminator sent from the future.

In the catastrophe thriller Dante's Peak, a volcanologist named Dalton visits a rural community that is regarded as the second-most desirable place to live in America.

He quickly learns that Dante's Peak, a long-dormant volcano, might suddenly erupt. It could be harder than he anticipated to persuade the population of this, however.

The sequel, which takes place eleven years after The Terminator, sees the return of the eponymous cyborg in a new form in order to defend John, Sarah Connor's 10-year-old son and the future leader of the human resistance against a robot revolt.

Another more capable shape-shifting Terminator has been ordered to murder the mother and kid, so he must defend them.

A cyborg assassin and a human soldier, both from 2029, are sent to 1984 on a mission in this science fiction film by James Cameron.

The former is set up to murder Sarah Connor, a woman whose unborn child is meant to save mankind in a post-apocalyptic future. The former is charged with saving her, meanwhile.

The fight between mankind and Skynet's network and its army of terminators is the focus of the fourth film in the Terminator series.

John Connor joins forces with the robotic Marcus Wright to spearhead the fight against Skynet.

In the end, Marcus gives his life to rescue John and aid in the destruction of the Skynet stronghold.

In her very long and spectacular career, Linda Hamilton has been in several films and television programs.

She is a highly popular and successful figure. In particular, her portrayal as Sarah Connor in the Terminator film series, which made her famous all over the globe, has brought her a great deal of fame and riches. She is very wealthy, worth $70 million.

She has a number of residences in Los Angeles in the past. She made $4 million through the sale of a Malibu property in 2012. When the house was initially advertised, she asked for $5.5 million.

She also has a townhouse in New Orleans and a $850,000 seaside property close to Sarasota, Florida.

The majority of Linda Hamilton's automobiles were parked close together. Although she doesn't own many automobiles, we do know the names of a handful of them, including Porsche, Lamborghini, Ferrari, and a few more.

How Did Linda Hamilton Make Her Money?

Linda Hamilton entered the acting world in 1980 and rose to fame as a result of her work on the Terminator film series.

Because of her portrayal of Sarah Connor in the Terminator movie series, Linda Hamilton is fairly well-known.

How Much Did Linda Hamilton Get From James Cameron?

Where Does Linda Hamilton Reside?

Actress Linda Hamilton moved back to her East Coast origins in 2012 after spending years in Southern California. She did this by purchasing a 25.1-acre property near Lucketts, Virginia.

One of the most well-known actresses in the country is Linda Hamilton. She began working in the entertainment industry in the middle to late 1970s, shortly after leaving college.

Ten years later, she was cast in films like "The Beauty and the Beast" and "Terminator," which helped launch her career. These parts were made possible by her exceptional talents.