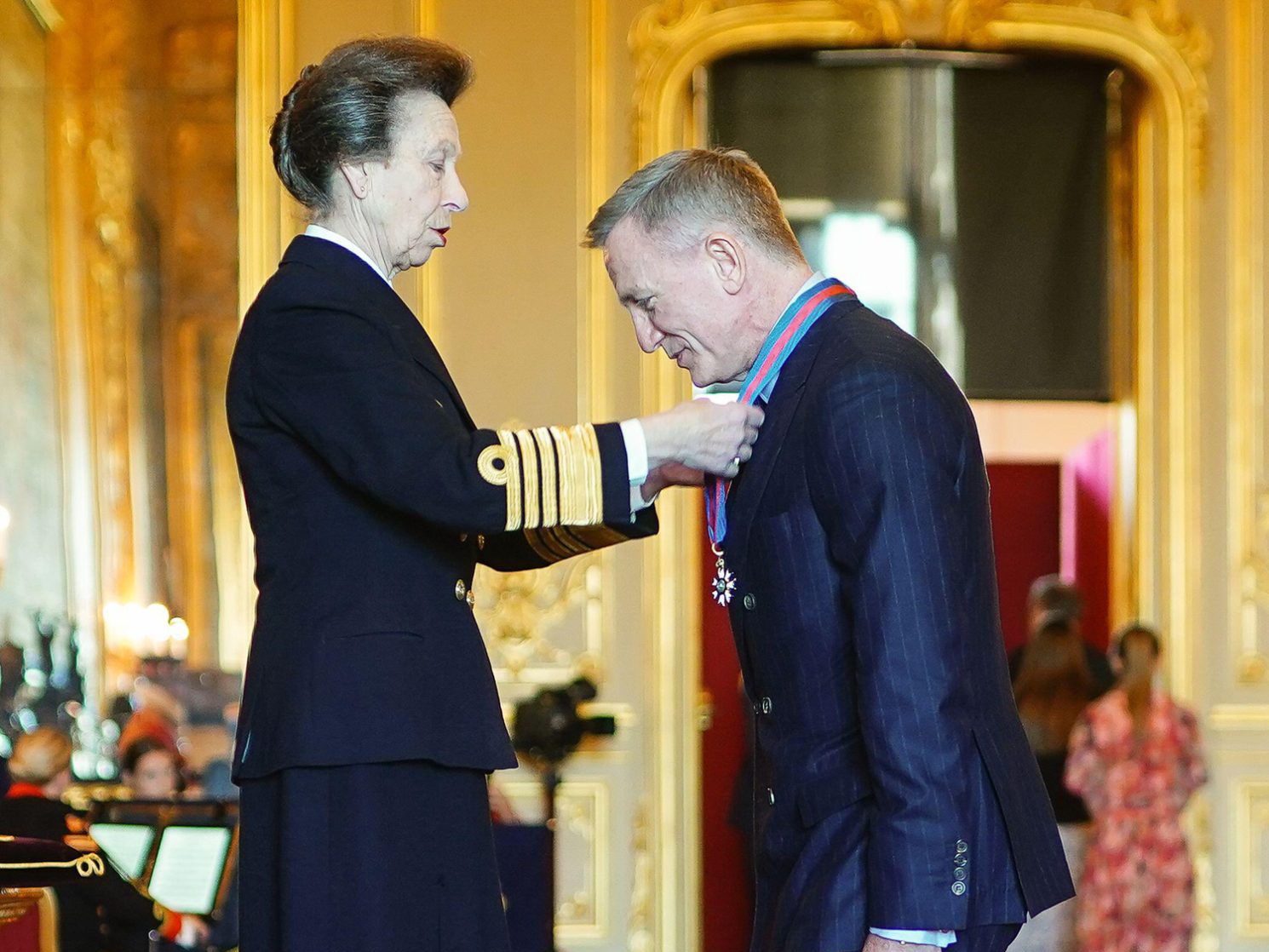 In recognition of his contributions to the cinema and theater industries, Daniel Craig receives same honor as James Bond. During the investiture ceremony that took place on Tuesday at Windsor Castle, Princess Royal elevated the actor to the rank of Companion of the Order of St. Michael and St. George.

This is the same honor that was bestowed upon Ian Fleming's well-known character. When the official social media accounts of the Royal Family released a photo of the actor's presence at the castle in front of Princess Anne, they captioned it with a famous line from one of the James Bond films.

Companion of the Order of St. Michael and St. George is an extremely prestigious honor, and it has recently been bestowed upon actor Daniel Craig. This is the same title that Ian Fleming's fictitious character James Bond has.

The honor was bestowed upon the recipient by Princess Royal at Windsor Castle. During an investiture ceremony honoring Craig's outstanding service to the cinema and theater industries, Princess Anne, dressed in a naval uniform, hung the order's ribbon around his neck and presented him with the medal.

The official Twitter account for the royal family captioned a photo with the phrase, "We've been expecting you" which is a famous remark spoken by one of James Bond's antagonists.

The actor, who is now 54 years old, has acted in each of the most recent five Bond movies. He made his debut as 007 in the film Casino Royale in 2006, and he will conclude his stint with the film No Time to Die in 2021.

Around the same time that the movie was released, Daniel Craig was given the title of honorary officer in the Royal Navy of the United Kingdom. With this position, Craig followed in the footsteps of the fictional James Bond, who serves as a captain in the Royal Navy in the series.

This makes it the second time that the same honor has been conferred upon Craig as it has been given to his fictional onscreen counterpart. Craig received the same status as James Bond in the Royal Navy in 2021 when he was promoted to the honorary rank of commander, which he received in 2021.

According to the website of the Royal Family, the CMG was expanded in order to honor meritorious service in British colonies, as well as more generally in foreign affairs. The CMG was initially established in the year 1818. In addition to the suave spy himself, Daniel Craig shares this honor with two other individuals.

Other people who were given honors include the film director, producer, and screenwriter Paul Greengrass (The Bourne Supremacy, The Bourne Ultimatum, and Captain Phillips); the street dancer and TV personality Ashley Banjo for services to dance; the six-time world champion of the triathlon Jonny Brownlee,

Also, Dame Emily Lawson is recognized for her services to the NHS, particularly during the COVID-19 pandemic, after she headed the vaccine rollout scheme in the UK.

In honor of Daniel Craig's great work in film and theater, Princess Royal gives him The Order of St. Michael and St. George, the same award that his character James Bond has.

In his books, From "Russia with Love" and "On Her Majesty's Secret Service", Fleming wrote that Bond had won the award. Craig was given the title of honorary commander in the U.K. Royal Navy in 2021. Bond served in the Royal Navy as well.

The actor took over the role of James Bond from Pierce Brosnan. His first movie as Bond was "Casino Royale," which came out in 2006. Last year's "No Time to Die" was his last movie as the smooth MI6 agent. Craig will play detective Benoit Blanc again in the next movie, "Glass Onion: A Knives Out Mystery."