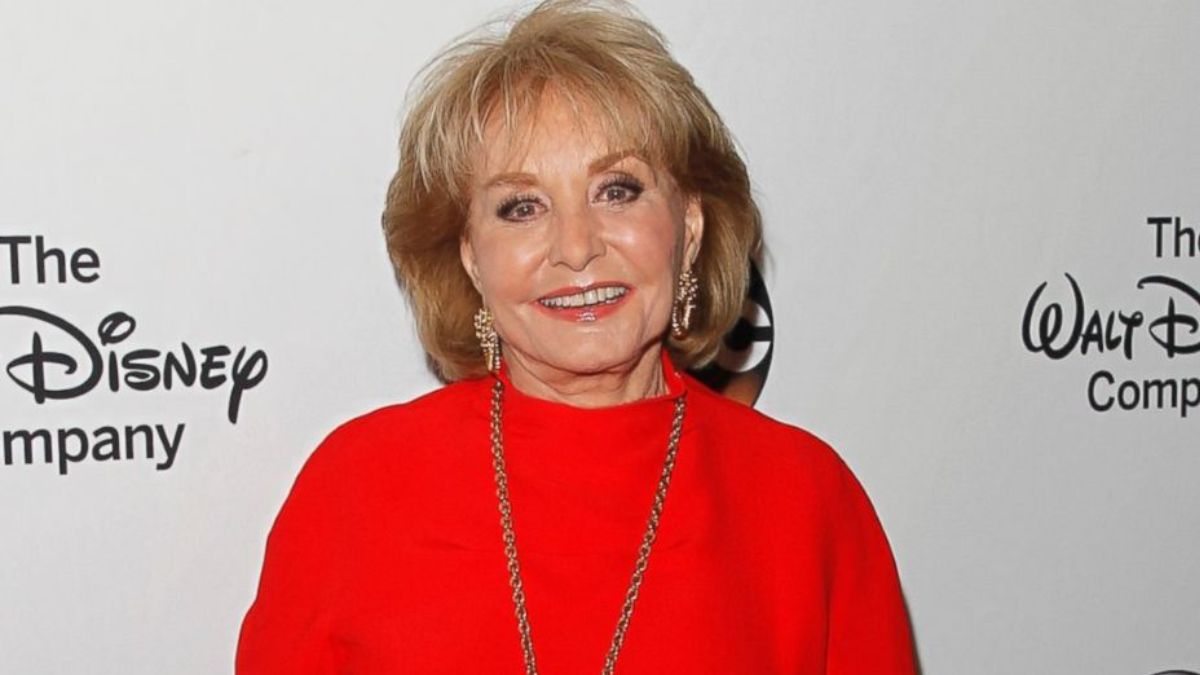 Barbara Walters net worth was hard-earned. During her long and successful career, she broke glass ceilings for women in broadcast journalism, and it paid off in spades.

Walters made a lot of money over the years because she worked hard and knew her worth. She was the first woman in broadcasting to make more than $1 million, and at the time, she was the highest-paid broadcaster of any gender.

Who Is Barbara Walters? 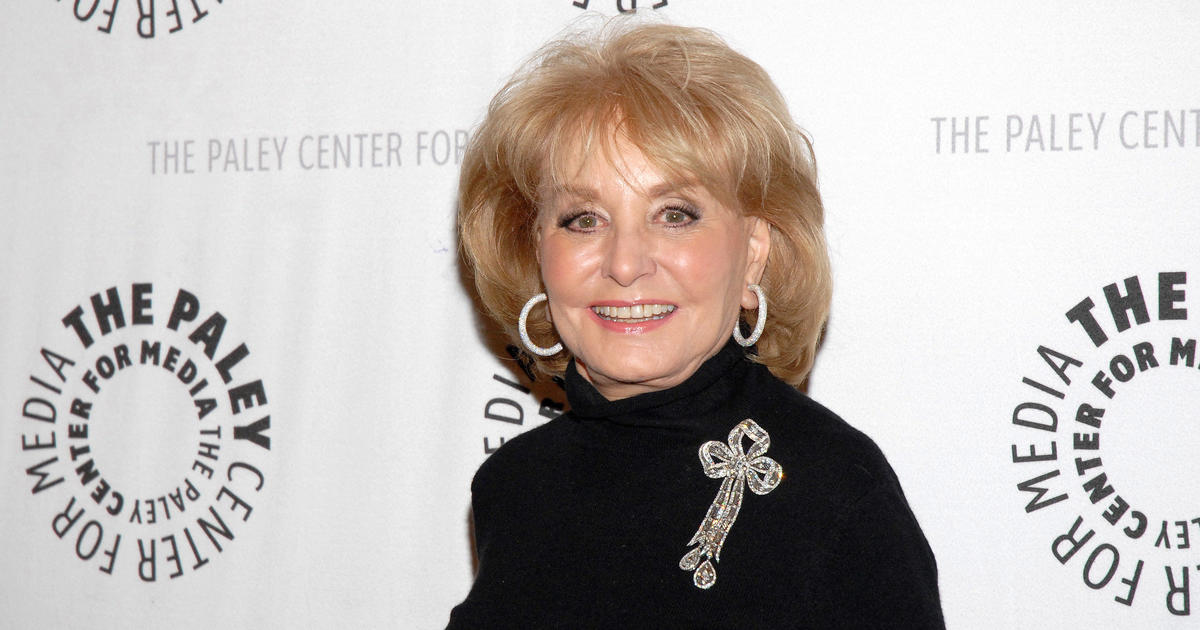 Barbara Walters was born on September 25, 1929, in Boston, Massachusetts. Her full name is Barbara Jill Walters. Dena and Louis, her parents, were both Jewish. Before opening a chain of nightclubs in 1937, Lou ran a club in Boston called the Latin Quarter.

Lou was also a Broadway producer and the Entertainment Director for the Tropicana Resort and Casino in Las Vegas. Because of this, Barbara spent a lot of time with famous people when she was young.

Walters had a mentally disabled older sister named Jacqueline who died of ovarian cancer in 1985. Burton, her brother, died of pneumonia in 1932 when Barbara was still a child.

The family moved a few times, and Barbara went to school at Lawrence School in Brookline, Massachusetts, Ethical Culture Fieldston School and Birch Wathen School in New York City, and Miami Beach High School in Florida, where she got her diploma in 1947.

She then went to Sarah Lawrence College in Yonkers, New York, where she got a Bachelor of Arts in English in 1951. Walters worked for a small advertising agency for a year before getting a job at WNBT-TV, an NBC affiliate.

There, she had to write press releases and make a show for kids called "Ask the Camera." After she left WNBT-TV, she produced the Eloise McElhone Show on WPIX until it was canceled in 1954. The following year, she started writing for "The Morning Show" on CBS.

The life and career of Barbara Walters

Walters joined NBC's "The Today Show" in 1961. At first, she was a writer and researcher. Later, she became the show's "Today Girl" and talked about lighter stories and the weather. She was soon a reporter-at-large, which meant that she got to plan, write, and edit her own interviews and reports.

She has said that her co-anchor, Harry Reasoner, made it clear on air that he didn't like her. Barbara went back to work with Hugh Downs when she joined ABC's "20/20" in 1979.

They had worked together on "The Today Show." In 1984, she joined Downs as a co-anchor, and she stayed on the show until 2004 when she quit.

Walters also made "The View," a daytime talk show that first aired in August 1997. Barbara co-hosted the show with Meredith Vieira, Star Jones, Debbie Matenopoulos, and Joy Behar for the first few years.

Lisa Ling, Elisabeth Hasselbeck, Rosie O'Donnell, Whoopi Goldberg, Sherri Shepherd, and Jenny McCarthy have all been co-hosts of the show at different times.

During her career, Walters has talked to many world leaders, such as Anwar Al Sadat, Boris Yeltsin, Vladimir Putin, Margaret Thatcher, Fidel Castro, and several U.S. presidents. She is also known for her interviews with famous people like Michael Jackson, Katharine Hepburn, and Sir Laurence Olivier.

Her 1999 interview with Monica Lewinsky was the second most-watched interview of all time, with 74 million viewers. Since she retired, Barbara has talked to Donald and Melania Trump, Mary Kay Letourneau, and Peter Rodger, whose son killed 6 people and hurt 14 others in Isla Vista, California in 2014.

She has also hosted "American Scandals" on Investigation Discovery (2015) and her "10 Most Fascinating People" specials in 2014 and 2015.

At the time of her death, Barbara Walters had a net worth of $170 million. She was an American broadcast journalist, author, and TV personality. She was 93 years old when she died on December 30, 2022.

During her long career, Walters hosted a number of TV shows, including "20/20," "The View" (which she also created and produced), and "ABC Evening News." Walters started working for "The Today Show" in 1961 as a writer and researcher. In 1974, she became the show's co-host.

She was the first woman to co-host an American news show and the first to co-anchor an evening news show on a network in 1976.

Barbara is also known for her annual "Barbara Walters' 10 Most Fascinating People" special and has written two books, "How to Talk with Practically Anyone About Practically Anything" (1970) and "Audition: A Memoir" (2008).

How Much Does Barbara Walters Make A Year?

The amount Barbara Walters made each year depended a lot on what kind of work she was doing at the time. Walters made $700,000 a year as a co-anchor of TODAY. In 1976, when she was paid $1 million to co-anchor the ABC Evening News, she broke a lot of glass ceilings.

How Much Did Barbara Walters Make From The View?

Barbara Walters' salary for The View is not known to the public, but after she left the show, she made tens of millions of dollars: Ladies Who Punch: The Explosive Inside Story of The View says that Walters sold her 50% share of the popular daytime show for an eight-figure sum when she retired.

How Much Did Barbara Walters Make?

From 1979 to 2004, Walters worked as a producer and co-host on the ABC news show 20/20. Barbara Walters' 10 Most Fascinating People, a show that airs every year on ABC, helped her get known. Walters talked to every president and first lady who was in office at the time, from Richard Nixon to Barack Obama.

Does Barbara Walters Have Dementia?

She had dementia in the last years of her life, which is why we haven't seen or heard from her in a few years. After all, Barbara Walters could not have been quiet without a terrible disease. She was always afraid that people wouldn't remember her after she left TV. But that could never happen.

Barbara Walters, a well-known broadcast journalist and TV host whose net worth was around $170 million, died on December 30, 2022, at the age of 93.

Over the course of her 64-year career, Barbara became one of the most well-known faces on TV. She became a co-host on two of the best news networks, ABC and NBC, and in 1997, she created the hit show The View.