2 More R. Kelly Accusers Testifies In Court That They Were Sexually Abused 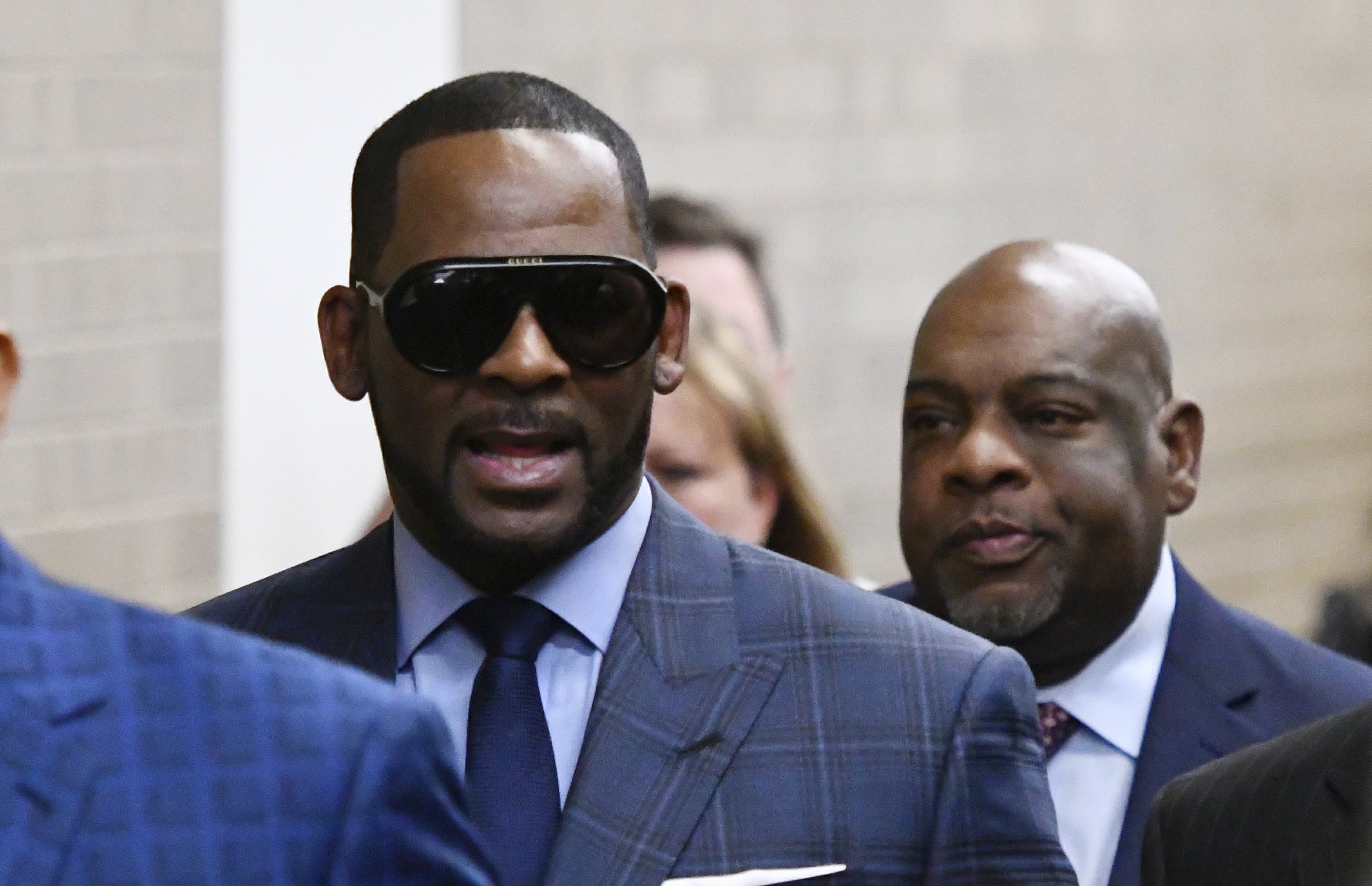 As the R. Kelly federal child pornography trial in Chicago's Dirksen U.S. courthouse moved into its third week on Monday, 2 more R. Kelly accusers testified that sexually abused them when they were young.

One accuser seemed bold and the other seemed shy as they told their stories under fake names, but they both said the same things. "Pauline" was 14 and "Tracy" was 16 when Kelly is said to have first asked them out.

Both said that their love for him kept them from telling authorities what had happened at first. Kelly, who is 55 years old, was sentenced to 30 years in prison by a federal judge in New York in June. He had been found guilty of racketeering and sex trafficking.

Pauline told the jury more than once that she was in love with Kelly. But now that she was 37 and a mother, she said she had a different view.

“If somebody did something to my kids, I’m killing ’em. Period,” she said.

Kelly sexually abused her more than 100 times, starting when she was 14. The first time they slept together was when she was 15. During cross-examination, Kelly's main lawyer, Jennifer Bonjean, said that Pauline wasn't clear about how many times she had sex with Kelly when she was a minor.

“Whether it is once or twice, what’s wrong is wrong,” Pauline shot back.

The second accuser to testify Monday, who only gave her name as "Tracy," said that she met Kelly when she was 16 and working as an intern at a record company. Tracy told the jury that she had turned down Kelly's advances many times.

She remembered telling him, “You know I’m 16?” Minutes later, when he “exposed himself… I tried to pull back but he had a hold of my shirt,” Tracy testified.

She also said that Kelly had come into a hotel room Tracy was staying in and yelled at her because she was wearing clothes under her bathrobe.

On Monday, Tracy started crying as she told the jury about the day Kelly walked into a room where Tracy was waiting. Kelly and Jane got there first.

“I was really confused and just really angry,” she recalled. “I just didn’t really think there was anyone else but me and Rob.”

Kelly's trial in 2008 was based on a video that prosecutors said showed Kelly hurting Jane. But after acquitting Kelly in 2008, the jury said they didn't have a choice because the girl didn't testify.

Kelly, Derrel McDavid, and Milton "June" Brown are all charged with getting child pornography as part of an alleged plan to find missing tapes that show Kelly having sex with minors.

Kelly and McDavid are also being charged with obstructing justice because it is said that they paid off people who knew about Kelly's alleged abuse and tried to stop the 2008 investigation into Kelly's child pornography. They have all said they are not guilty.

The prosecution said it expects to finish its case this week, which could include hearing from more victims. After that, defendants will present their own cases and witnesses in a trial that is expected to last until mid-September.

Even after allegations of 2 more R. Kelly accusers testified the abuse against him became public in the 1990s, Kelly still sold millions of albums. After the #MeToo movement and the 2019 docuseries "Surviving R. Kelly," there was a lot of anger.