Who Is Jack Herer? Read His Biography | Pure Net Worth 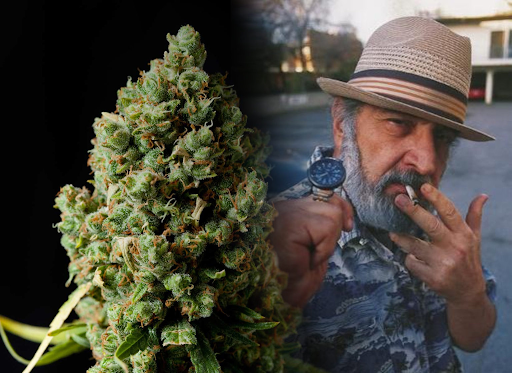 Who is Jack Herer? You’ve likely heard of this name whether you’re a veteran toker, a cannabis enthusiast, or a casual smoker.

If you’ve ever browsed a selection of sativa and indica weed seeds for sale, you might’ve seen the legendary Jack Herer strain. This potent cultivar is named after the famous 420 advocate with an equally renowned reputation in the weed world.

Are you interested in learning more about the man, the myth, the legend? In this article, we look at who Jack Herer is and how he reached weedlebrity status. Let’s get into it.

Herer fought for the legalization of marijuana. He advocated for the spiritual and medicinal advantages of consuming CBD nugs.

In the 1970s, he opened a weed shop in Oregon, meeting big names in the industry and establishing his voice.

Let’s find out precisely who Jack Herer was below.

Never one to go with the flow, Herer labeled himself a “Goldwater Republican.” He devoted himself to an Arizona senator who inspired Ronald Reagan and other conservative politicians.

As a young man, Herer showed no tendencies towards cannabis cultivation or connection to marijuana. He enrolled in the U.S. military as a policeman in Korea in the early 1960s.

In 1967, Herer and his family relocated to Los Angeles, where he worked for a neon sign company. This position ultimately began his catapult into the cannabis realm, giving him insights into the workings of marijuana.

The start of a legend

It wasn’t until the end of 1967 that Herer had his first toke of weed. After the initial high, he decided to dedicate his life to the legalization of marijuana.

In 1973, he made his leap into the weed world, opening his head shop, High Country, which stocked handmade pipes and bongs.

A new law in 1983 restricted the sale of 420 paraphernalia, negatively affecting Herer’s shop. The space was regularly raided by authorities eager to shut it down.

The law eventually caught up with Herer, forcing him to serve two years probation for selling and possessing cannabis paraphernalia.

Never one to back down, Herer often voiced his beliefs to passers-by at the Venice Boardwalk. He enthusiastically encouraged them to be a part of his movements.

In 1985, Herer released his book The Emperor Wears No Clothes: Hemp and the Marijuana Conspiracy. In it, he details the federal government’s efforts to ban marijuana and hemp production in the U.S. The book is a classic must-have for all cannabis enthusiasts.

In 1994, at the seventh annual High Times Cannabis Cup, Herer received an award for Freedom Fighter of the Year.

Nine years later, he was honored with an induction into the Counterculture Hall of Fame. High Times editor Steven Hager created this initiative to recognize counterculture legends.

In 2005, Herer was awarded for his dedication to the struggle for cannabis acceptance. The Hash Marijuana and Hemp Museum in Amsterdam honored his extraordinary fight to legalize weed.

He also has a marijuana strain named after him. Jack Herer is one of the most renowned cultivars in the cannabis world. It’s also known as JH, The Jack, and Premium Jack.

Herer kept his personal life out of the spotlight. With little information about his family, we only know that he’s survived by his wife, Jeannine Herer, and their two sons, Dan and Mark.

All three have honored Herer’s name, continuing to fight for the legalization of cannabis in some form or another.

His eldest son, Mark, is the retail manager at the family hemp-centric retail store, The Third Eye, in Oregon. His youngest son, Dan, is the founder of the Jack Herer brand, manufacturing apparel in his father’s name.

The question on most people’s minds after learning about the cannabis legend is, how did Jack Herer die?

After delivering a poignant pro-cannabis speech in September 2009 in Eugene, Oregon, he suffered a massive heart attack. Herer, who was 70 at the time, never recovered from the incident. A few months later, Jack Herer passed away on April 15th, 2010.

When Jack Herer died, the cannabis world mourned the loss of a legend.

His name is honored in the Jack Herer strain. It’s a powerful blend of Haze, Northern Lights #5, and Shiva Skunk. Breeders wanted to deliver complete cerebral euphoria and massive resin production. It lives up to its name and is a preferred favorite among tokers and growers.