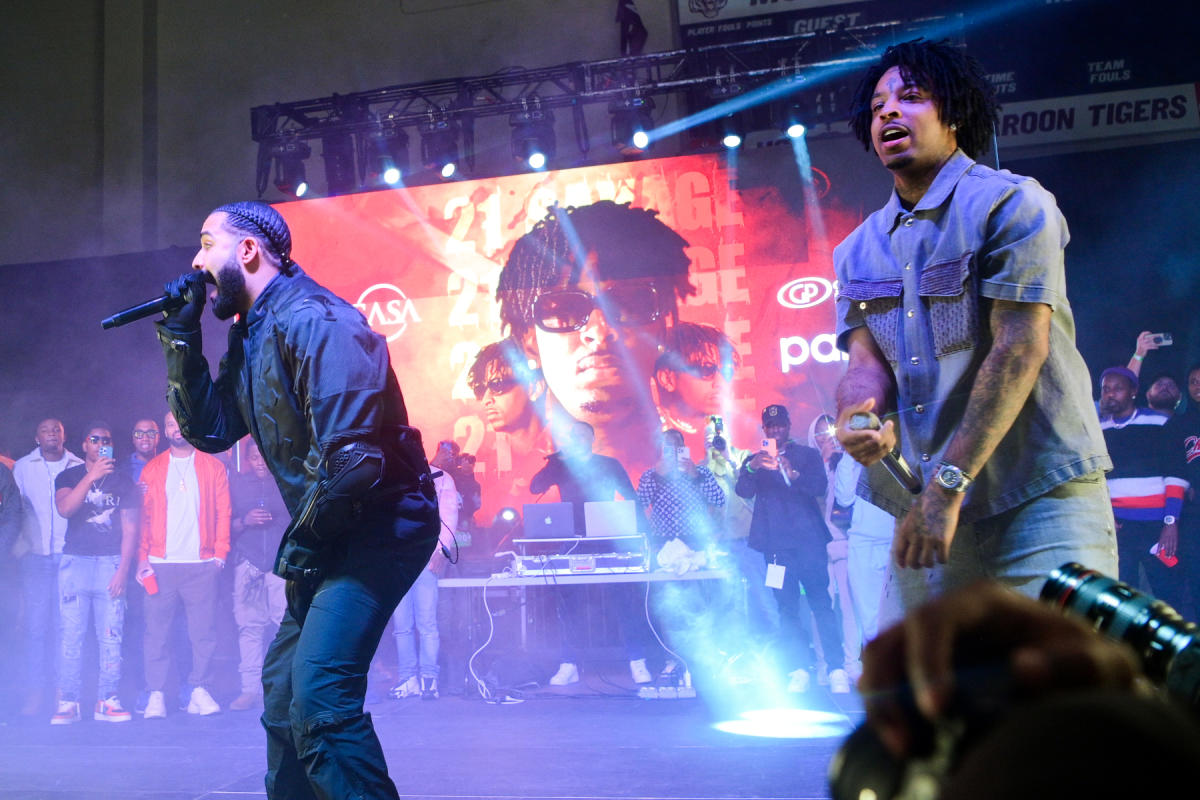 Condé Nast, the publisher of the magazine of Vogue sues Drake and 21 Savage because they used a fake Vogue cover to promote their new album, Her Loss. It may be true that imitation is the sincerest form of flattery, but if you want to mess with Vogue, it's not in style.

In a complaint that CBS News got a hold of, Condé Nast says that the ads were "built entirely" on Vogue-like qualities, including using a fake Vogue cover with Vogue's exact logo and layout, which has since been taken down from social media.

Fashion is important to Vogue. Condé Nast, which owns the famous fashion magazine Vogue, is suing Drake and 21 Savage for $4 million because they made fake issues of Vogue with themselves on the cover to promote their new album "Her Loss."

The fake copies of the magazine that looked like the real thing went viral on social media. Fake posters were put up in New York, and people in Miami, Atlanta, and Los Angeles handed out the magazines on the street. Drake even tweeted the cover photo,

Me and my brother on newsstands tomorrow!! Thanks @voguemagazine and Anna Wintour for the love and support on this historic moment.

According to the lawsuit, which was filed this week in the Southern District of New York and was seen by Page Six, Condé Nast sent a cease and desist letter to Drake and his team on Oct. 31.

The letter asked them to stop “unauthorized use of the Vogue trademark by removing the Instagram post, ceasing any distribution of this ‘magazine,’ and issuing a public statement clarifying that this was not an actual cover of Vogue.”

According to the lawsuit, the fake magazines were a "complete, professionally reprinted reproduction of the October issue of Vogue" with some pages

Modified to superimpose promotional logos for Defendants’ Album. Others include images of [veteran Vogue editor] Anna Wintour that were not in the real issue, and in one case was doctored to interpose an image of Drake.

The papers also say, "Anna Wintour did not authorize the use of her image to promote Defendants’ Album.” In the filing, they also say that the fake Vogues "exploit" the magazine's trademark and have caused "widespread confusion" among the public.

The lawsuit says that other posts on social media made it seem like the issue was official and had been approved by Anna Wintour, who is the editor-in-chief of "Vogue." There are screenshots of the social media posts in the complaint, but it looks like Drake and 21 Savage have taken them down from their accounts.

Condé Nast said in its complaint that the rappers' campaign caused "confusion" among the public and the media, with "numerous media outlets" writing about the supposed cover.

Drake and 21 Savage's new album, "Her Loss," had fake press hits like an interview with Howard Stern, a performance on "Saturday Night Live," and a concert on NPR's "Tiny Desk."

Vogue wasn’t happy. Every other outlet was happy and took it on the chin. It wasn’t done with malice.

Stern even talked about the fake interview on air, saying,

“He edited himself in to look like he’s in our studio… Drake did such a good job that the news outlets are reporting on it as if it’s real.”

Condé Nast, the company that owns Vogue magazine, has sued Drake and 21 Savage for using the Vogue name without permission to promote their new album, Her Loss.

Condé Nast said that the musicians' marketing campaign, which included their more than 135 million social media followers, was built "entirely" on the unlicensed use of Vogue trademarks and false claims that they would be on Vogue's next cover, with the "love and support" of the magazine's longtime editor-in-chief, Anna Wintour.