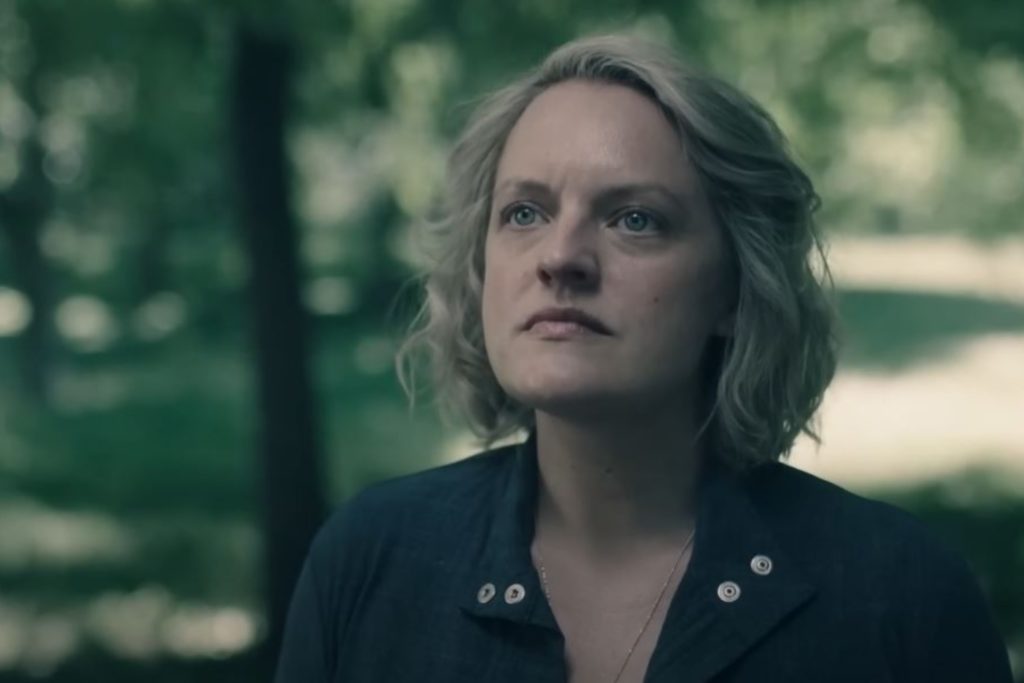 Even though June Osborne (Elisabeth Moss) has changed a lot, the season ends in ways that are similar to how it all started. When viewers first meet June, she has torn away from her husband Luke (O-T Fagbenle) and the life they shared with their daughter Hannah.

This scene is repeated in The Handmaid’s Tale season finale. Luke is taken into custody by the police as June and her daughter Nichole get on a train to Hawaii. They don't know what will happen to them there.

The end of the fifth season on Tuesday, however, only proved that the TV show based on the book has probably been going on for too long, and that giving it a sixth and final season was probably at least one too many.

The last scene of the show took place on a train, which was a good choice since it sometimes seemed like the show was on the verge of going off the rails. In the end, the last episode, "Safe," brought back together the two characters whose painful and hateful relationship was the whole point of Season 5.

In particular, the story kept coming back to June (Elisabeth Moss) and Serena (Yvonne Strahovski) and what they'd do, how far they'd go, and how much pain they'd take for their children.

Commander Lawrence (Bradley Whitford, who has become a big plus) is a kind of reformer who tries to win June over by promising to reunite her with her daughter. June's interactions with him show this more than anything else.

A brutal attack in June and a failed military operation to find the missing girls showed that this is, in fact, a war and that people are going to die.

The finale also showed how hard life is in Gilead through Janine (Madeleine Brewer) and her ill-advised moment of brutal honesty with Naomi (Ever Carradine). If Aunt Lydia (Ann Dowd) and Janine still needed more proof of how fragile a Handmaid's life is, this was it.

The three-way political situation between the US, Canada, and Gilead, which turned June and Serena into refugees and turned June's husband Luke (O.T. Fagbenle) into a prisoner of the Canadian government, has made the story more confusing.

Before that happened, it was June's job to warn him of the danger they were in. She did this with a line about how democracies can fall apart, which Moss said in a way that made it clear she wanted it to have meaning beyond this made-up world.

“America wasn’t Gilead until it was. And then it was too f**kin’ late.

At least at that moment, "The Handmaid's Tale" reminded the viewers why it was such a huge Emmy-winning hit when it first came out. As the final season moves toward its end, it will take more of these kinds of moments to bring the show back up to that level. This should be interesting, even if it feels a little late.

In the 10 episodes of The Handmaid’s Tale Season Finale, the characters went through a lot of big changes. At the beginning of the season, June is dead set on getting revenge, but by the end of the season, she comes out on top.

Serena gets her turn as a handmaid, Aunt Lydia shows Janine kindness after she almost dies, and Commander Lawrence, who used to be June's ally, seems harder to trust than ever.

All of these turns and twists are getting us ready for the sixth and final season of the show, which is not yet being made but will, fans hope, answer some big questions. The biggest question is whether or not June will finally save Hannah from Gilead.