Steven Tyler - $150 Million Net Worth, The Legend Of Aerosmith 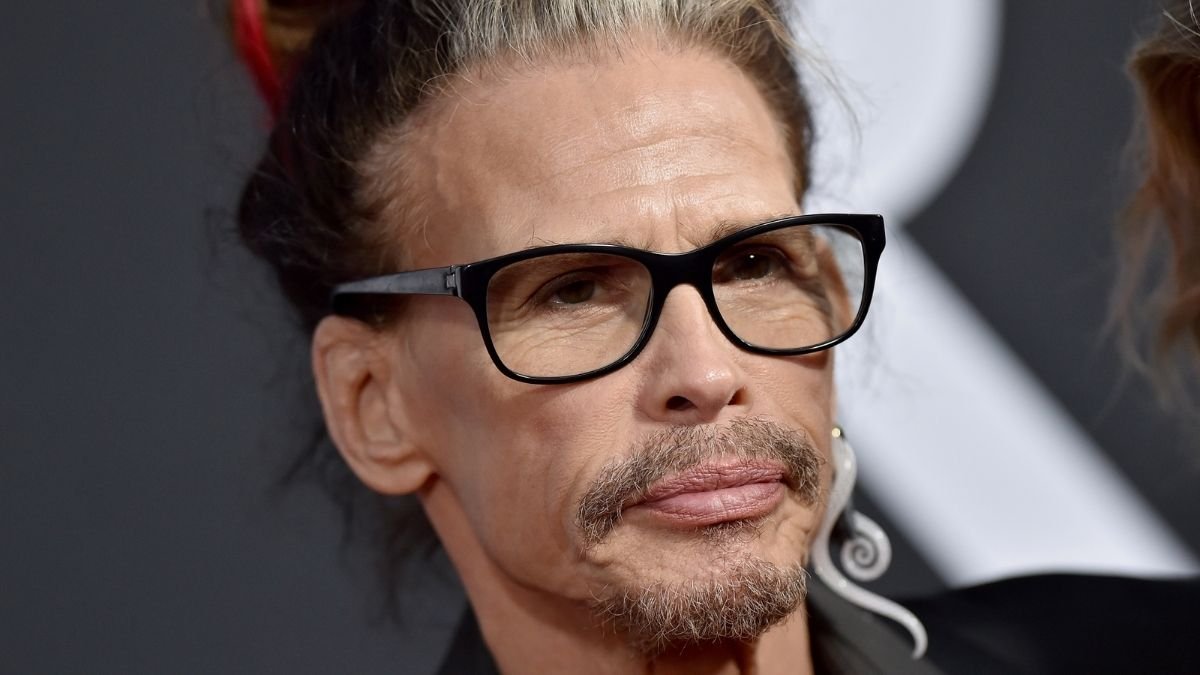 American rock artist Steven Tyler net worth is $150 million. He is most known for being a founding member and lead vocalist of one of the most popular bands of all time, Aerosmith.

Due to his loud screams and broad vocal range, he is often referred to as the "Demon of Screamin." One of the finest vocalists in the whole world is Tyler.

Tyler has always liked music, and when he was younger, he played drums and sang in a variety of rock and roll bands.

His daughter Liv Tyler was conceived when Tyler was dating the fashion model Bebe Buell and was born in 1977.

In the entertainment industry, Liv has established herself as a prominent actor, producer, and singer.

Tyler is the grandfather of three grandkids born to Liv and Royston Langdon. Cyndria Foxe and Steven were wed from 1978 until 1987.

Foxe unfortunately passed away in 2002 from brain cancer. In 1988, Tyler married Teresa Barrick, a fashion designer.

They were divorced in January 2006 and have a daughter and a boy. Tyler and Erin Brady were engaged in December 2011, however they called it quits in January 2013.

The artist has struggled with health concerns his whole life, not all of them can be attributed to long-term, heavy drug usage.

Following a concert in Florida in 2006, Tyler had throat surgery to repair a damaged blood artery in his throat.

All of Aerosmith's remaining tour dates in America had to be canceled. He disclosed in the same year that he had had significant treatment after receiving a Hepatitis C diagnosis in 2003. He endured many leg surgery in 2008 to fix his injured feet. 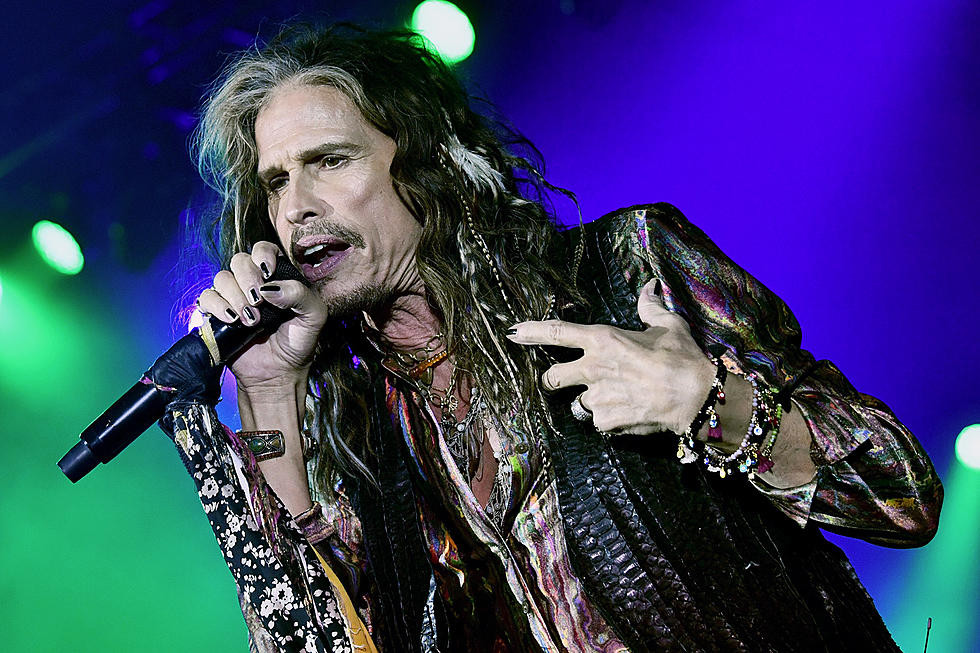 At a local rock concert in 1969, Steven Tyler first met Joe Perry and Tom Hamilton, who would later form his band.

The three decided to become a band, so they sought for two more players, and the Aerosmith was born in 1970.

Aerosmith released their self-titled album in 1973 after inking a record contract with Columbia Records in 1972.

By the end of the 1970s, however, the band had already started to disintegrate. Both Tyler and Perry had drug issues that put their careers in jeopardy. Tyler's decline was accelerated in 1980 by a motorcycle accident.

Aerosmith reformed for a comeback concert tour called the "Back in the Saddle Tour" in 1984 after going years without playing together.

All the members chose to enter treatment in 1986 after realizing that their drug addiction was endangering their professional lives.

In the late 1960s, Tyler relocated to Boston and made acquainted with musicians who would later create the band Aerosmith.

Tyler founded the band Aerosmith in 1969, taking on the roles of frontman and lead vocalist.

At the time, the song "Dream On" was merely a little suggestion, but it subsequently developed into one of their hallmark songs.

"Sweet Emotion," the band's first widely popular Top 40 hit, was attained in 1975. They re-released "Dream On" in 1976 with the knowledge that it was still a sleeper smash, and it reached No. 6 on the charts.

Later that year, they had "Walk This Way," another significant hit. They were headlining stadiums and significant music festivals by 1976.

The vocalist cannot be the only topic while discussing the finest songs by Steven Tyler. For those who don't know, Steven Tyler is the lead vocalist of Boston's most well-known band during the 1970s, Aerosmith.

Aerosmith - Back In The Saddle (Audio)

After Aerosmith published a number of financially successful hard rock albums in the 1970s, Steven Tyler rose to international recognition and won the admiration of millions of devoted fans.

Steven Tyler's net worth is $150 million as of 2022. His 48-year music career with Aerosmith and on his own has generated the majority of his revenue from albums, singles, and tours.

Additionally, Tyler has made appearances in a variety of TV series, including The Simpsons and Two and a Half Men. He received compensation for his participation in these programs.

In addition to these TV programs, he spent two seasons as a judge on American Idol. The American Idol paid Steven Tyler $10 million every season, according to reports. $20 million is the result for the two seasons.

He is also involved in philanthropy and charity. Janie's Fund was established by him to aid female abuse victims. Tyler was able to generate almost $2.4 million using this fund. Steven Tyler, a well-known American singer and songwriter, is one of the richest celebrities in the world.

The musician is well known in the United States for being a wealthy landlord. He has bought many homes all around California. He has leased out the houses and is making a tidy profit.

The artist spent $4.8 million on his dream home in Hawaii in 2012. It continues to be one of his favorite homes. However, he is now a resident in a luxurious estate in Nashville.

The rock star's collection of posh vehicles is the ideal match for his quirky way of life and character.

A convertible Jeep and a dune buggy with over $4,000 worth of speakers and radio gear are among his collection of automobiles.

In May 2012, Tyler spent $1.1 million for a Hennessey Venom GT Spyder. With a peak speed of 270 mph, it was the fastest street-legal car in history at the time.

Along with historic automobiles, he also collects vintage Harley-Davidson hogs.

He collaborated with a Harley-Davidson dealer in 2006 to advertise the bikes in the Steven Tyler Signature Series.

He is also the proud proprietor of Custom Dirico. Every time he takes a road trip, he enjoys riding this beast.

Additionally, he is the owner of the Lotus Seven, which was the forerunner of the Caterham Seven and is one of the most copied and stolen vehicles in automotive history.

Steven Tyler, one of the wealthiest rock artists in the world, with a huge net worth of $150 million.

The wealthy guy enjoys an extremely lavish existence. He is the father of four kids and a divorcee.

Steven Tyler and his girlfriend Aimee Preston seem to be inseparable. The couples are routinely seen kissing and hanging out together at public occasions.

The pair appeared to be much in love despite their enormous age differences. Tyler likes taking lengthy bike trips and is an explorer.

Similar to that, he sees himself as a water baby and frequents Hawaii's beaches. Scuba diving on the Great Barrier Reef is one of his favorite holiday activities.

He collaborated with a Harley-Davidson dealer in 2006 to advertise the bikes in the Steven Tyler Signature Series.

He is also the proud proprietor of Custom Dirico. Every time he takes a road trip, he enjoys riding this beast.

Additionally, he is the owner of the Lotus Seven, which was the forerunner of the Caterham Seven and is one of the most copied and stolen vehicles in automotive history.

Steve Tyler has a long history of riding motorcycles, and they are one of his primary passions.

He debuted a brand of motorcycles that he had manufactured himself in September 2007.

Prior to changing its name to Dirico Motorcycles, the company was known as Red Wing Motorcycles.

The motorcycles were made by AC Custom Motorcycles and were designed by Mark Dirico, thus the name change. As of July 2022, Steven Tyler's net worth was a whopping $150 million.

The rock musician is also known for his kindness and charitable work. In order to provide protection, support, and counseling to female victims of abuse, Tyler founded "Janie's Fund" in 2015.

The nonprofit has raised more than $2.4 million since it was founded. More than $500,000 was contributed by Janie's Fund in support of foster youngsters all throughout the country.

The bikers have also taken part in a number of bike-related charity events and auctions. He also routinely gives his million-dollar motorbikes to different charities and charitable organizations.

Who Is The Richest Person In Aerosmith?

Steven Tyler, the co-founder and lead vocalist of Aerosmith, has a net worth of $150 million, making him the wealthiest band member.

This is not unexpected given his career as the frontman of one of the best-selling groups of all time.

How Much Steven Tyler Spent On Cocaine?

In an interview back in 2013 on 60 Minutes Australia, he said that he had spent a fortune on drugs throughout his life. Asked whether it was true he had spent $20 million (£15.9 million) on drugs, he replied: "No, probably realistically, five or six, easy."

He may have been motivated to venture out and found his own business, Dirico Motorcycles, by his passion of Harley-Davidson motorcycles.

The rock star travels about on one of the Harley-Davidson motorcycles that Tyler and his brother-in-law have customized to their tastes.

What Happened To Steven Tyler's Voice?

Tyler delivers Aerosmith's 1973 hit song "Dream On" with his characteristic vigor while his vocal chords have recovered from surgery.

As Mr. Tyler sings the chorus, "Sing with me, sing for the years," his larynx's twin folds of mucous membrane shake wildly.

According to an Aerosmith band member, vocalist Steven Tyler tried out for and was turned down from a potential Led Zeppelin reunion.

Rock icon Steven Tyler is unquestionably. Tyler is most recognized for being the band Aerosmith's main vocalist.

With a more than 50-year career that has seen him inducted into the Rock and Roll Hall of Fame, win Grammy Awards for composition and performance, and be recognized by other musical organizations, he has solidified his place in history.

The group has worked with some of the top musicians in the world and has sold millions of albums globally.