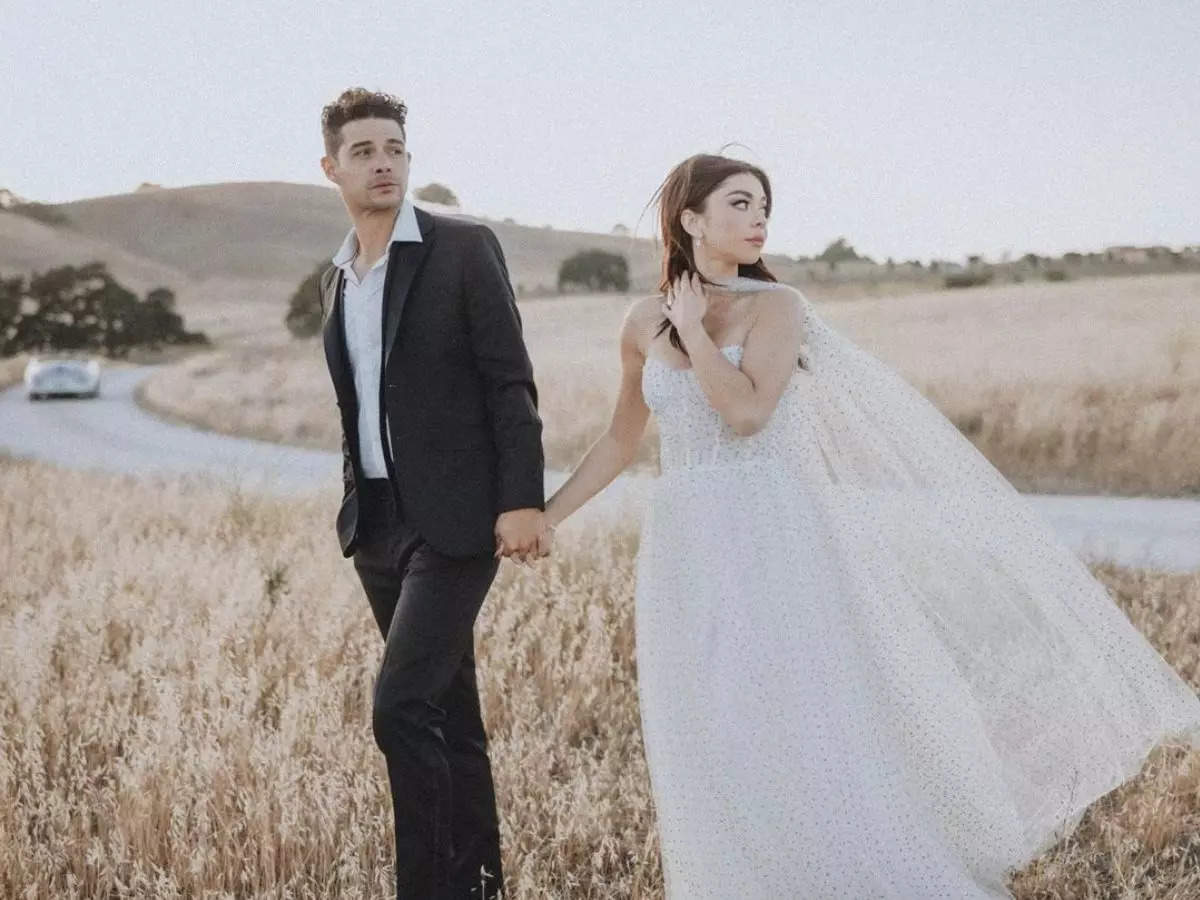 After having their wedding date postponed several times as a result of the epidemic, Sarah Hyland marries Adam Wells, her longtime boyfriend.

Sarah Hyland, who stars in 'Modern Family,' and Wells Adams, who previously appeared on 'Bachelor in Paradise,' have tied the knot.

The couple reportedly said their vows to one another on Saturday at Sunstone Winery in Santa Ynez, California, according to the entertainment publication People.

The actress, who is now 31 years old, was accompanied by her co-stars from the television show Modern Family for the breathtaking ceremony, which took place at a vineyard in California.

On Saturday, Sofia Vergara, 50, posted a photo to Instagram including herself, Jesse Tyler Ferguson, 46, and Ferguson's spouse, Justin Mikita, 36.

Vergara was also spotted with her son Manolo Gonzalez Vergara, who is 30 years old and served as her plus one for the wedding, in a post that she made to her Stories

They had planned to tie the knot in August of 2020, but the wedding had to be put off because of the Covid-19 pandemic.

While Hyland, who played Haley Dunphy on the hit ABC sitcom, hasn't posted any photos from her wedding yet, Vergara, who brought her son Manolo as her plus-one, made sure to share snippets of the couple's big day with her 26.5 million Instagram followers.

Vergara, who wore a black and white floral dress, shared a photo booth picture of Ferguson, his husband Justin Mikita, and Gould with the caption "#sarahandwellswedding" and a bunch of heart emojis.

Ferguson also posted a picture of himself and Mikita, both dressed up for the big event, with the caption "Dads night out."

After meeting on social media in 2017, Hyland and Adams started dating, and he asked her to marry him on the beach in July 2019.

Even though the couple was supposed to get married in 2020, their wedding was put off more than once because of the coronavirus pandemic.

Back in July, Hyland said that she might not take her husband's last name as is usually done.

She told E! News, "My mom didn't take my dad's last name, so that's never been a thing for me." "When we're on vacation and stuff, I do like being called "Mrs. Adams," and if the reservation is under his name, I'm like, "Oh my god, I'm so cute." But I'm not sure. Haven't decided on it."

Hyland is in charge of the US version of "Love Island" right now.

Hyland's former co-stars from "Modern Family," including Sofia Vergara, Julie Bowen, Nolan Gould, and Jesse Tyler Ferguson, who officiated the ceremony for his TV niece, were among the guests at the couple's wedding on Saturday.

The publication Page Six reported that Ferguson presided over the event.

The actor Vanessa Hudgens, the musician GG Magree, and the influencer Ciara Robinson, who acted as Hyland's maid of honor, were among the bridesmaids at the wedding.

Additionally, there were a number of Adams' close friends from Bachelor Nation.