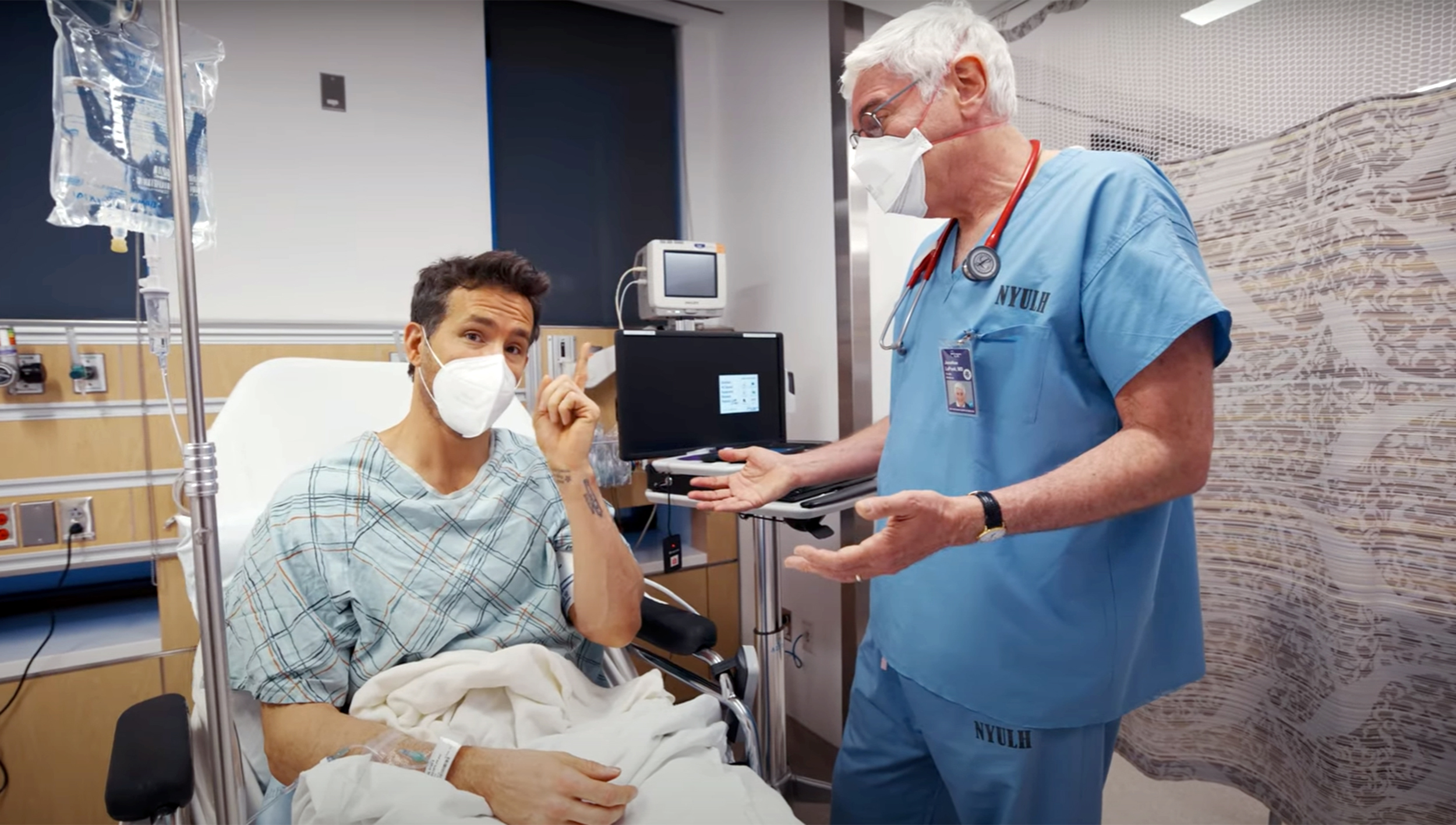 Ryan Reynolds colonoscopy was filmed so that everyone could see it and talk about it. It was a first for actor Ryan Reynolds, who let a video crew film his colonoscopy screening to bring attention to the fact that more and more people under 50 are being diagnosed with colon cancer.

The American Cancer Society says that colorectal cancer is the third most common type of cancer in the United States. Rob McElhenney, who created and starred in the long-running comedy "It's Always Sunny in Philadelphia," worked on the project with Ryan Reynolds and also had a colonoscopy that was filmed.

Reynolds said in the video they shared with the public:

"It’s not every day that you can raise awareness about something that will most definitely save lives. That’s enough motivation for me to let you in on a camera being shoved up my ass.” Did they find Rosebud up there?”

Reynolds asks a nurse how much longer the procedure will take. Rob McElhenney, who created and starred in the long-running comedy "It's Always Sunny in Philadelphia," worked on the project with Ryan Reynolds and also had a colonoscopy that was filmed.

“If they find a polyp, it’s either bigger than his which is awesome or it’s smaller than his, which means I have less of an opportunity to have cancer. Either way, I win.”

McElhenney said while he was waiting for his surgery. Reynolds and McElhenney made it clear that they were there to spread the word about new guidelines that lower the age of colon screening from 50 to 45.

They did this by joking around and making fun of each other. On Tuesday, the actor posted a video to his YouTube channel in which he has his first colonoscopy and finds a small polyp on his colon.

Rob & Ryan Lead From Behind

Reynolds teamed up with Lead From Behind, a colon cancer awareness organization that works with the Colorectal Cancer Alliance to encourage people to get the procedure done regularly, and how it can be prevented.

In the video, the two actors talk about how they bet that if McElhenney learned Welsh, Reynolds would let the cameras follow him while he did it. McElhenney announced in Welsh via subtitles.

"He was so sure he said he'd publicly broadcast his colonoscopy if I could do it.”

But the Deadpool actor also said that he did this to show how one "simple step" can "literally save your life." Reynolds went on:

“I would never normally have any medical procedure put on camera and then shared. But it’s not every day that you can raise awareness about something that will most definitely save lives."

During the colonoscopy, the doctor found an "extremely small polyp" on the right side of his colon. It was removed right away. As the doctor showed Reynolds the pictures of the tissue in his colon, he said:

“This was potentially life-saving for you, I’m not kidding, I’m not being overly dramatic. This is exactly why you do this. You had no symptoms. You are interrupting the natural history of a disease of something of a process that could have ended up developing into cancer and causing all sorts of problems.”

During the procedure, they found three polyps in McElhenney's colon. The doctor said that they weren't a big deal, but it was good that they were found early and taken out. Then, at the end of the video, they showed a black screen with the words:

“Colon cancer is preventable. If you’re 45 years or older, ask your doctor about getting a colonoscopy. And help Rob and Ryan kick cancer’s ass.”

Ryan Reynolds had the surgery because he lost a bet to his co-star on "Welcome to Wrexham," Rob McElhenney, that McElhenney couldn't learn Welsh. The whole series is about how they bought a soccer team in North Wales.

But McElhenney agreed to get a colonoscopy, too, because he thought he could win if he had more or fewer polyps than Reynolds.