Richest Podcasters – From The Obamas To Bill Gates To Oprah 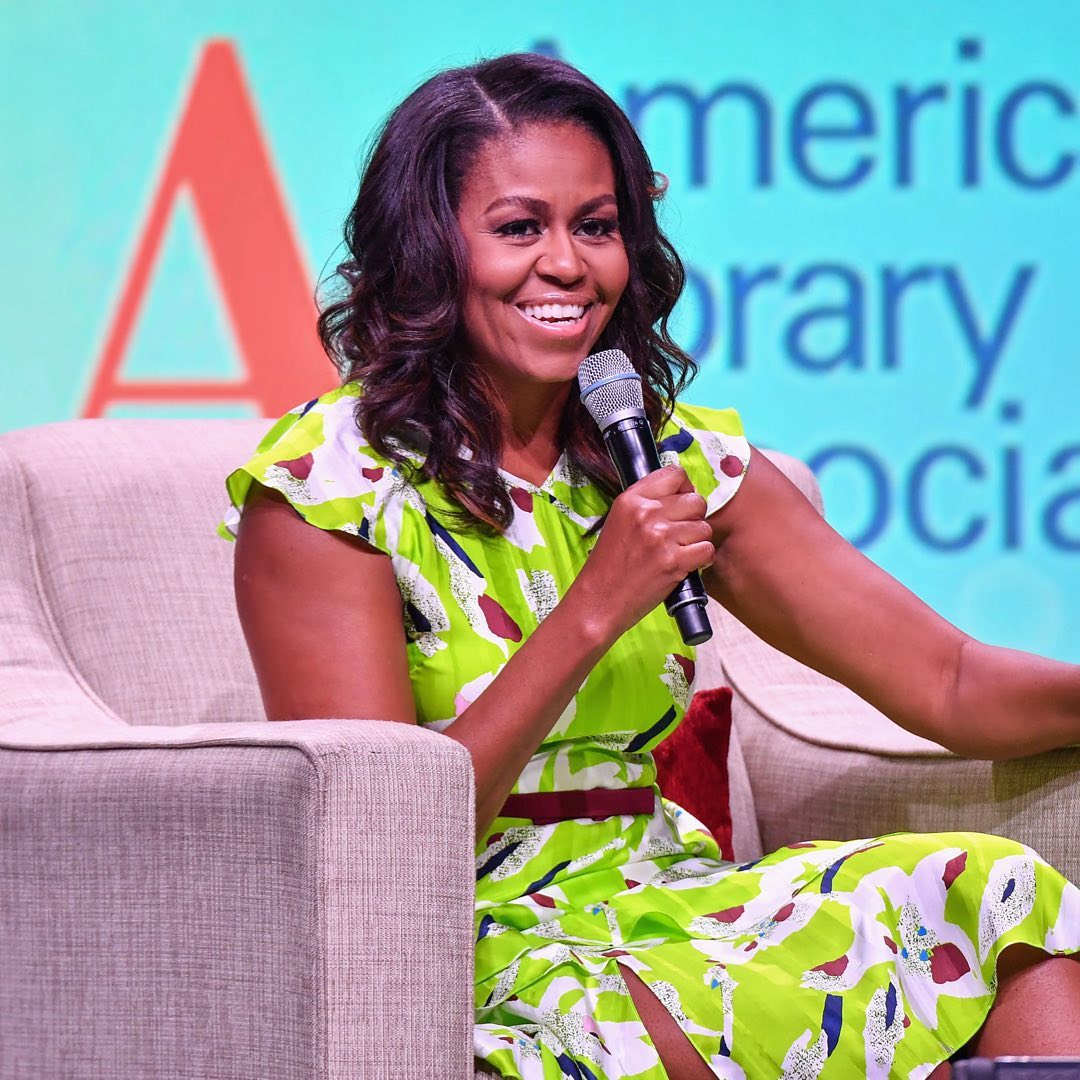 But before presenting them, here’s a quick trip down memory lane about podcasting, plus a bit of info.

If a blog is an online journal/content and a vlog is a video vlog, a podcast is an audio blog. One can listen to it on or download it from the internet.

A podcast host, aka podcaster, is basically someone who does podcasting. He/she hosts a podcast and could even be the writer.

In his article “Audible Revolution,” published by The Guardian in 2004, Ben Hammersley used the term “audioblogging.”

Hammersley acknowledged iPods as one of those that revolutionized online radio.

In 2005, during Apple’s annual Worldwide Developers Conference, Steve Jobs (1955–2011) introduced the term “podcasting” to the audience.

‘Podcasting’ . . . is a concatenation of ‘iPod’ and ‘broadcasting.’

Long after his demise, Jobs, who’s net worth when he died at 56 was $10.5 billion, per The U.S. Sun, has been a podcast topic from time to time.

Disclaimer, though: the richest podcasters mentioned here did not get wealthy from podcasting.

They were already well-heeled before they tried podcasting.

In addition, the net worth of the richest podcasters mentioned below are in U.S. dollars and are just estimates.

In a 2019 interview with Voice of America, Melinda Gates underscored once more women empowerment.

For Gates, an empowered woman is one who can freely express herself.

If she has her voice and can take any decision, then she is fully empowered . . . [and] they empower everybody else around them.”

Among the richest podcasters right now are women who decided that it’s time to speak their minds on important matters.

Feel free to listen to these empowered women:

The multi-awarded journalist hosts Next Question with Katie Couric.

In June 2022, Couric talked entirely about abortion, a current trending topic in the U.S.

Citing a 2022 estimate by Forbes, however, another online source indicated an amount way bigger than that.

A 2019 Spotify deal led to The Michelle Obama Podcast.

CNN reported in April 2022 that Spotify didn’t renew the deal, which will expire in December 2022.

Obama signed a new podcasting deal with Audible, an Amazon podcast service, in June, according to Fortune.

As of July 5, 2022, that’s the real time net worth of the African-American woman hailed as the “Queen of All Media,” according to Forbes.

She became a billionaire in 2003, reported Business Insider, at the age of 49.

Listen to her sharing her thoughts and feelings at Oprah’s Super Soul.

A seasoned journalist, an ex-FLOTUS, an iconic media personality – they belong to today’s richest podcasters.

And they’re all women.

In her book The Female Brain (2006), American neuroscientist Louann Brizendine, M.D., made a controversial claim.

According to the Washington-based nonprofit organization National Public Radio (NPR), that line is this:

Nearly a year after her book came out, the journal Science published in 2007 a study showing that men are as talkative as women.

Aside from being “talkative,” these men also happen to be some of the richest podcasters we have now:

Per Forbes, that’s his real time net worth.

Melinda Gates has been empowering women across the globe since she and her ex-husband established the Bill & Melinda Gates Foundation in 2000.

Too bad she didn’t have a podcast – but her former hubby did.

The Microsoft co-founder found a podcasting partner in the daughter of distinguished musician-composer-record producer Quincy Jones.

The two talked about, among other things, COVID-19 and climate change in Bill Gates and Rashida Jones Ask Big Questions.

Their last podcast, Can People Really Change?, was uploaded on December 14, 2020.

Jones, 46, an actress-screenwriter, has a net worth of $25 million, per Celebrity Net Worth.

Some three years after its creation, the LinkedIn co-founder sold the popular social network to Microsoft in 2016.

Apparently one of the richest podcasters, Hoffman hosts Masters of Scale.

Started in 2017, the podcast, according to its website, aims “to democratize entrepreneurship.”

In Hoffman’s latest podcast, Break It ’Til You Make It, Michael Dell, the 57-year-old founder and CEO of Dell Technologies, joined him as guest.

Mr. and Mrs. Obama have a separate podcast.

Barack Obama teamed up with singer-songwriter Bruce Springsteen to host Renegade: Born in the USA

Their podcasts primarily covered key issues in the country, such as the “American Dream,” “income inequality,” “cultural appropriation,” and “American unification.”

They also talked about the “American innocence” of the ‘60s and their views on starting a family and being a father.

The former host of the hit American reality show Fear Factor have worn several hats these past years.

Joe Rogan is a TV and film actor, an Ultimate Fighting Championship (UFC) commentator, and a stand-up comedian.

In 2020, through a contract with Spotify for The Joe Rogan Experience, he debuted as a podcaster.

Based on various sources, the podcasting deal was reportedly worth $200 million.

Currently he’s one of the richest podcasters people – approximately 11 million per episode, according to The Hollywood Reporter – listen to.

For those seeking professional guidance from a proven financial expert and successful entrepreneur, then tune in to The Ramsey Show.

According to his website, he captures an estimated 23 million listeners (podcasts and radio shows) every week.

Per Investopedia, Ramsey’s net worth when he was 26 was a little above $1 million.

If sports is what you crave for, then tune in to The Bill Simmons Podcast.

This sports writer and analyst founded the sports website The Ringer, launched in 2016.

Its eponymous YouTube channel, with approximately 427,000 subscribers, has already gotten 121.1 billion views as of this writing.

But that’s just the “initial pay-out,” according to Forbes.

The Verge reported that the total sale could reach almost $200 million, with Variety mentioning the specific amount of $196 million.

The richest podcasters in this category bank on their personal and work-related experiences to deliver to the public authentic and valid pieces of advice.

Under this category, the first mentioned came out in public as gay only in 2012 at 45. The second one has been proud and loud, so to speak, since the ‘90s.

Here are two of the richest podcasters belonging to the LGBTQ+ community.

The article dwelled on his decision not to give inheritance to his 2-year-old son, through surrogate pregnancy, Wyatt Morgan Cooper.

Celebrity Net Worth also indicated the same figure, as cited by Yahoo! Finance when it published a report in July 2021 about Cooper’s fortune.

As of writing, Celebrity Net Worth listed his net worth at $50 million.

What goes on in the mind of the one considered in America, according to Britannica, as “the most famous drag queen . . . in the 1990s and early 21st century?”

Then listen to RuPaul: What's The Tee with Michelle Visage?

Born RuPaul Andre Charles, he has been a judge at the reality competition show RuPaul’s Drag Race since 2009.

Visage, 53, according to Celebrity Net Worth, has a net worth of $2 million.

From billboards to public transport to YouTube, celebrities are simply everywhere.

These celebrities made it on the list of richest podcasters when they tried connecting to their fans and the general public through podcasting:

Joe Rogan, one of the richest podcasters mentioned here, makes approximately $800,000 for each episode of The Joe Rogan Experience.

That’s according to podcast hosting platform Castos in a May 2022 article.

Podcasters can earn from ads, affiliate sales, and sponsorships, just to name a few.

That’s definitely a great motivation for anyone aspiring to become one of the richest podcasters someday.