Queen Elizabeth Net Worth - How Her Majesty Makes Money 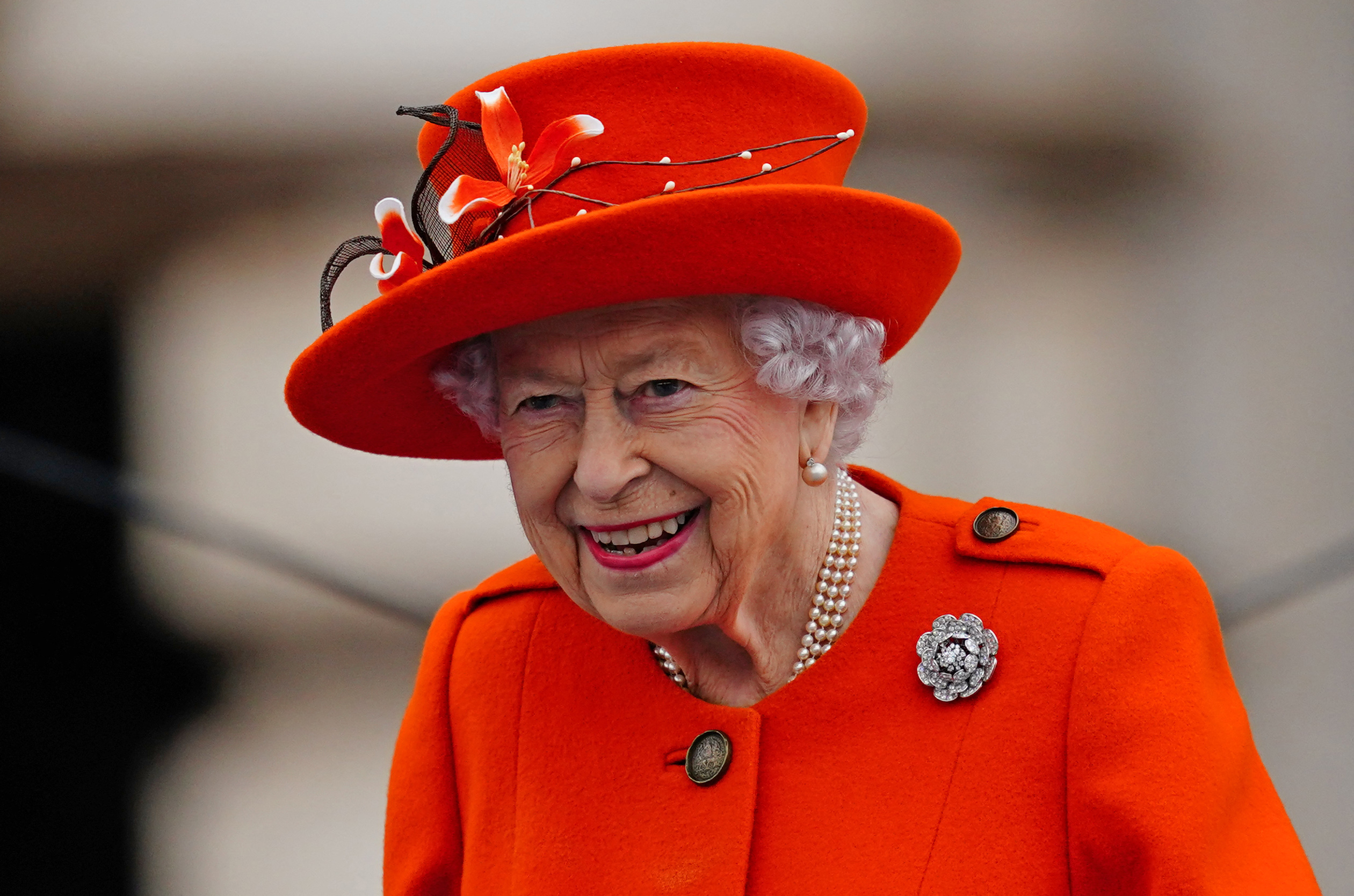 Queen Elizabeth II is the perfect definition of the word 'rich'. The kind of 'rich' that literally owns every single swan in the United Kingdom, several royal palaces, a solid gold piano, sparkling diamond tiaras, rings, and necklaces, and the whole Hyde Park.

With Queen Elizabeth net worth valued at around £365 million, you might wonder how and where the Queen gets her money.

Well, you are in the right place! In this article, we will have a deep look at the Queen's wealth and how she makes money. Read on.

How Does Queen Elizabeth Make Money?

Three sources of funding are available to Queen Elizabeth II: the annual Sovereign Grant payment, the Privy Purse, and her own riches and inheritance. The first is an annual payment from the government, whereas the second two are unrelated sources of wealth that are not supported by tax money.

Some people are under the impression that the Queen is supported by the entrance fees collected from tourists visiting royal residences like Buckingham Palace, Windsor Castle, and the Tower of London. However, this is untrue.

Instead, this money is used to support The Royal Collection, a collection of works of art that the Queen has placed in the trust of Prince Charles, William, and other successors. The Crown Jewels are in the same situation; neither does the Queen specifically own them nor has the authority to sell them; rather, they are simply royal property that belonged to the ruling monarch at the time.

The Sovereign Grant Act came into effect on April 1, 2012. The main understanding is that the Crown Estate, the family's vast portfolio of properties, will be given to the national treasury (known as the Exchequer) in exchange for the Queen receiving the grant.

According to the financial report on the official website of The Royal Family, "The Sovereign Grant is the funding provided to support the official duties of The Queen and maintain the Occupied Royal Palaces. It also includes a dedicated amount to fund the ten-year Reservicing of Buckingham Palace, a major overhaul of essential building services including electrical wiring, pipework, boilers and generators."

The Sovereign Grant establishes a single grant to support the monarch in her official duties, allowing Queen Elizabeth to carry out her responsibilities as Head of State.

It covers the general operating expenses of Her Majesty's official household, such as official receptions, investitures, and garden parties, as well as the costs of central personnel.

Additionally, the Grant pays for the maintenance of the English Royal Palaces as well as the travel expenses for official royal duties including ceremonial openings and other royal visits.

An amount equal to 25% of the Crown Estate's annual revenues is paid to the Queen each year.

In exchange for this public support, Queen Elizabeth gave The Crown Estate proceeds to the treasury.

By the way, The Crown Estate is a vast real estate portfolio of United Kingdon that is valued at £8.1 billion. It belonged to the monarchy before but the treasury now owns it.

Annual financial reports detailing how this money is spent are required to be published on the official Royal Family website:

The £85.9m is made up of a core grant of £51.5m which funds official travel, property maintenance and the operating costs of The Queen’s household, and an additional dedicated amount for Reservicing of £34.4m. The core grant equates to 77p per person in the UK.

The Sovereign Grant Act of 2011 contains a mechanism to maintain the Grant at the same level as the previous year in such situations, despite the fact that The Crown Estate's net revenue surplus decreased in 2020–21 because of Covid19 pandemic. Where the Grant would reduce, the prior year’s amount should be paid.

When Edward III handed the Duchy of Cornwall to his son and heir, Prince Edward (the Black Prince), and all of his succeeding heirs, it became a private landed estate by charter in 1337. Each Duke receives income from its assets, and HRH Prince Charles, the Heir to the Throne, is the current Duke.

The estate principally consists of residential, commercial, and agricultural land, and the Duchy also maintains a portfolio of financial holdings. The majority of the 52,971 hectares of land that make up the Duchy are located in the South West of England across 23 counties.

Under the Sovereign Grant Act of 2011, the following enactments are stated:

The Duchy recorded a £1.83 million reduction (a decline of 8.2 percent) in revenue produced for The Duke of Cornwall last year. However, a revenue of £23.0 million has been recorded this year.

The Duchy of Lancaster provides the Queen with a private income known as her "Privy Purse." The Sovereign has been held in trust for this collection of lands, buildings, and other assets since 1399.

According to Wall Street Journal UK correspondent Max Colchester, it is composed of residential, commercial, and agricultural properties and has net assets worth $715 million (£548.6 million), including 18,433 hectares of land. It also includes some of the Duchy of Lancaster's historic foreshore and mineral rights.

The Crown Estates that make up the Sovereign Grant are separate from the Duchy. It is a whole separate source of revenue.

Therefore, Her Majesty was given a sum of £22.3 million last year. However, the Duchy of Lancaster's annual revenue is taxed as this is not used for official royal purposes. This means that Queen Elizabeth received a little less than £22.3 million in 2021.

The Duchy of Lancaster estate is managed by a chancellor appointed by the government, who is presently Conservative MP Stephen Barclay. He was given the position in September 2021.

The Queen also earns her own income, which comes from her inheritance and money from properties she owns privately.

The Queen's personal assets include, but are not limited to, investments that are "mostly in British blue chip shares," a sizable art collection, an enormous jewelry collection, and real estate - including Sandringham House and Balmoral Castle which were both inherited from her father.

The Queen Mother left Queen Elizabeth a fortune worth about £70 million, which included many important art collections. Even so, the BBC says that Her Majesty decided that the most important things her mother left behind would be moved to the Royal Collection and "held in trust for the nation."

And since we're talking about inherited estates, Prince Philip, the late husband of the Queen, is said to have left an estate worth about £10 million. It is said to include 3,000 books and a collection of paintings by Edward Seago.

Additionally, the Sunday Times reports that the Queen owns the Royal Philatelic Collection, a collection of UK and Commonwealth stamps worth £100 million.

It is supposed to be Her Majesty's favorite interest, which she enjoys showing to foreign leaders that are visiting for official purposes.

How Much Money Does Queen Elizabeth Have?

Queen Elizabeth net worth in 2022 is £365 million. Sunday Times published in their Rich List section that this amount is up £15 million from her 2020 earnings.

Meanwhile, according to Forbes magazine, the monarchy as a whole is worth £72.5 billion, or around $88 billion.

Due to the fact that the relevant laws do not apply to the Crown, the Monarch is not legally required to pay income tax, capital gains tax, or inheritance tax. The Duchy of Cornwall's income, which goes to The Prince of Wales, remains the same.

However, The Queen and the Prince of Wales have paid taxes willingly since 1993, just like everyone else. This is outlined in a March 2013 update to a Memorandum of Understanding on Royal Taxation.

The Sovereign Grant solely covers official expenses, thus the Queen is not required to pay tax on it. Furthermore, the tax would not be due under the terms of the Memorandum.

How Much Is Buckingham Palace Worth?

According to the latest study by McCarthy Stone, the 775-room London house would cost £1.3 billion ($1.6 billion) if it were for sale. This represents an increase of £100 million from before the pandemic, as the UK monarchy also reaps the rewards of a hot housing market.

Also, if the Royal family ever wants tenants, McCarthy Stone estimates that Buckingham Palace could be rented out for £2.6 million per month. The estimations are based on an examination of the dimensions, the number of rooms, and the location of each property.

How Does The Royal Family Make Money?

The three main sources of funding for the royal family are as follows:

How Much Does The Royal Family Cost The Taxpayer Per Person?

With Queen Elizabeth net worth, she remains the richest member of the British royal family.

Imagine how awesome it would be to prance around your own palace wearing iconic diamond necklaces and tiaras!