Queen Elizabeth Dies At 96 - The World Mourns For Her Loss 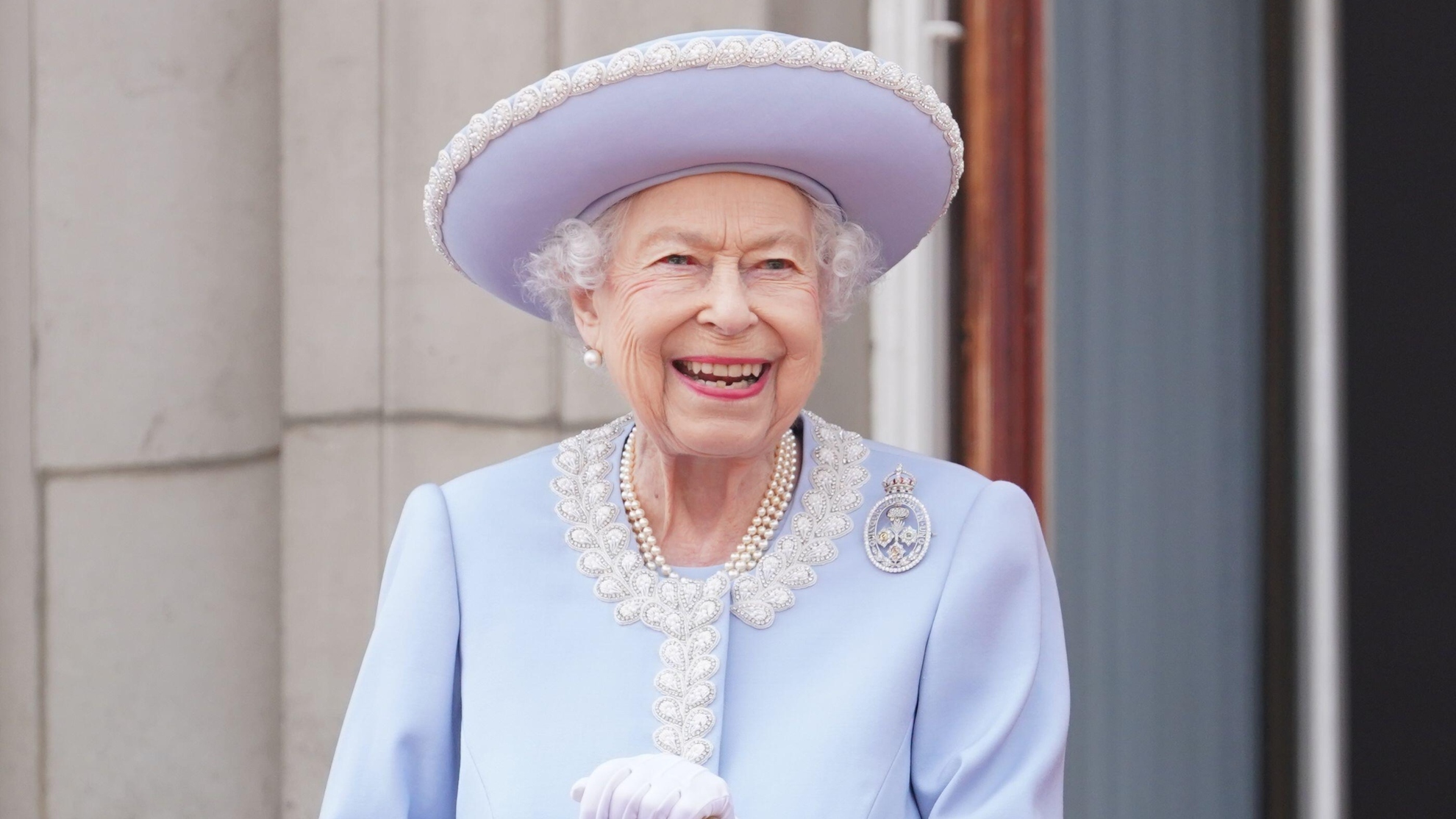 The Queen who ruled the UK for 70 years, Queen Elizabeth dies at 96 at Balmoral estate. She was the monarch who ruled the country the longest. She died peacefully at her Scottish estate, where she had spent most of the summer, on Thursday afternoon.

Since 1952, when she became Queen, a lot has changed in society. Her son, King Charles III, said that the death of his beloved mother was a "moment of great sadness" for him and his family and that her loss would be "deeply felt" all over the world. 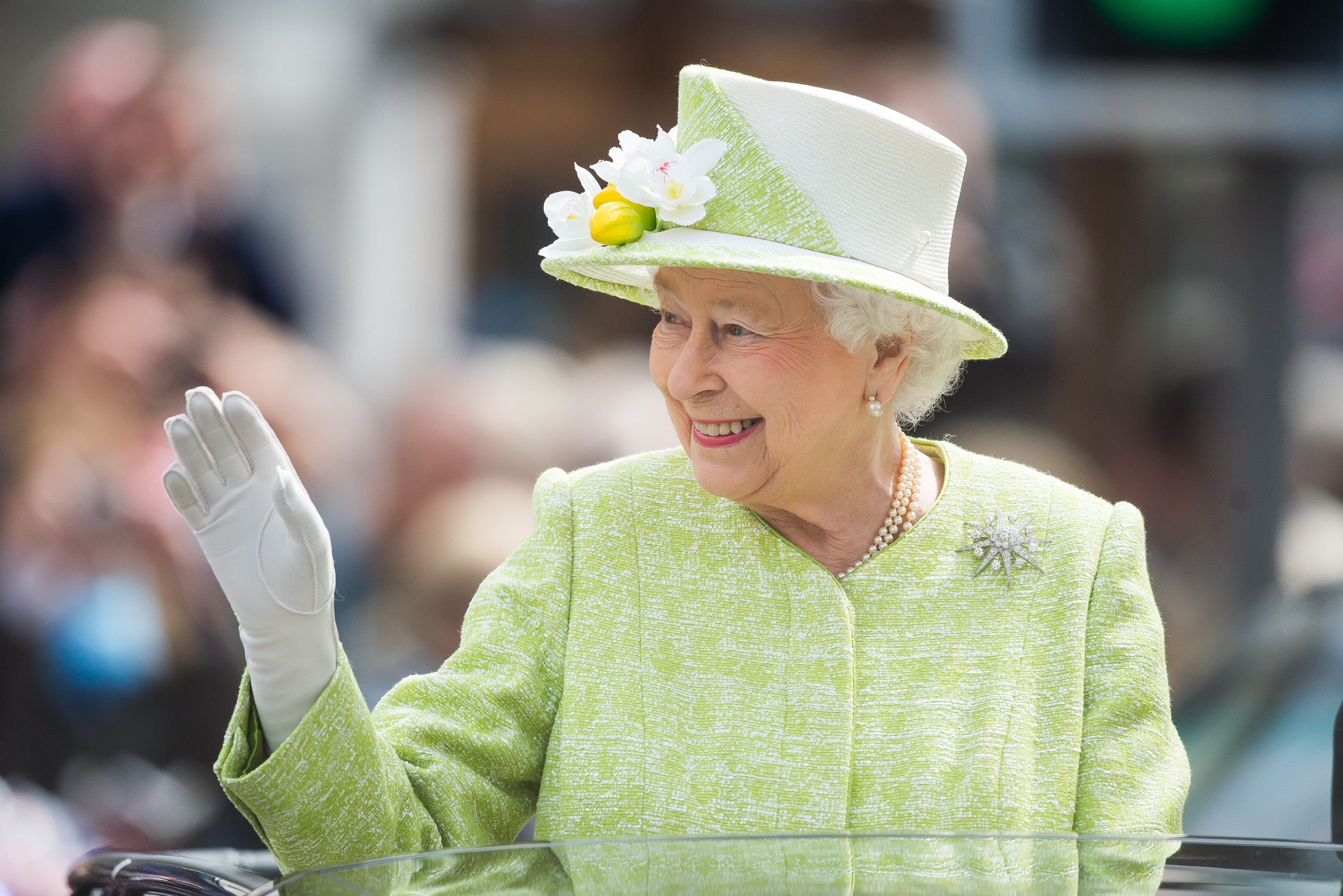 Her eldest son, King Charles, the 73-year-old said in a statement:

"We mourn profoundly the passing of a cherished Sovereign and a much-loved mother. I know her loss will be deeply felt throughout the country, the Realms and the Commonwealth, and by countless people around the world.

The queen's doctors told her family shortly after noon on Thursday that her health was getting worse. They put her under medical supervision, and her family rushed to Scotland to be with her.

Thousands of people gathered outside Buckingham Palace in the center of London. When the flag was lowered to half-mast, there was a stunned silence. When the notice about the death of the only monarch most Britons had ever known was put on the black iron gates, the crowd rushed to the gates. 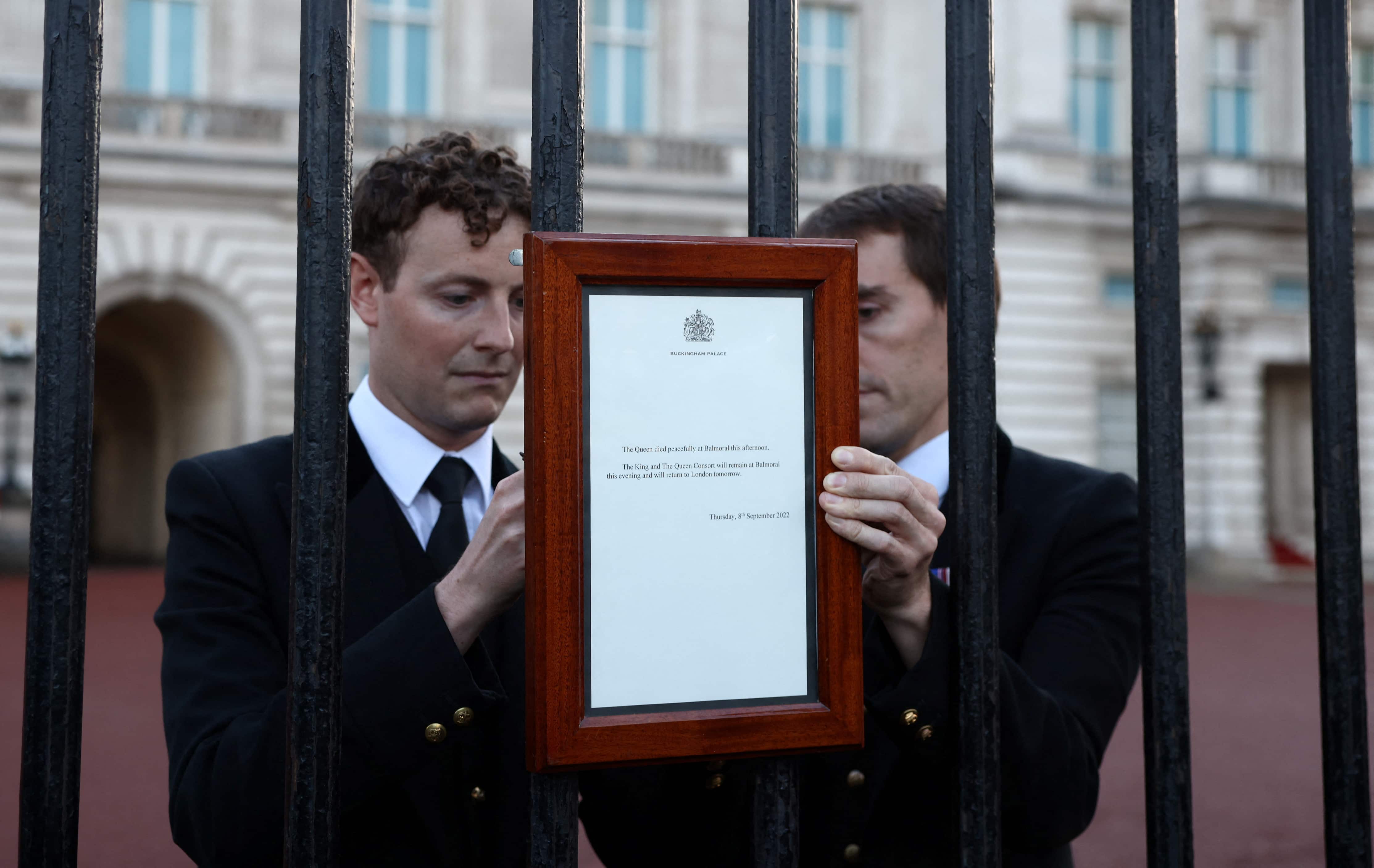 Officials from the royal family said that King Charles III and his wife Camilla, the Queen Consort, would stay at Balmoral Castle, where the queen died, until Friday, when he is expected to speak to the country and meet with Prime Minister Liz Truss. No one knows yet what will happen at the funeral.

When Elizabeth died, Charles became the monarch of the United Kingdom and the leader of 14 other realms, including Australia, Canada, and New Zealand. In the coming days, he is likely to go to every country in the United Kingdom.

Since the end of last year, the queen has had what Buckingham Palace called "episodic mobility problems," which have kept her from almost all of her public appearances. Her husband died last year. She didn't finish her job until Tuesday when she made Truss the 15th prime minister of her reign.

"The death of Her Majesty the Queen is a huge shock to the nation and to the world."

Truss said outside her Downing Street office where the flag, like those at royal palaces and government buildings across Britain, was lowered. Truss who was informed of the death at 4:30 p.m. London time said,

"Through thick and thin, Queen Elizabeth II provided us with the stability and the strength that we needed. She was the very spirit of Great Britain – and that spirit will endure.

"Her legacy will loom large in the pages of British history, and in the story of our world". He told the White House to fly its flags at half-mast.

In honor of her death, the mayor of Paris said that the lights on the Eiffel Tower would be turned off. In Brazil, the government declared three days of mourning, and both the General Assembly and the Security Council of the United Nations stood for a moment of silence.

Even Russian President Vladimir Putin, whose country's relations with Britain have gotten worse because of the war in Ukraine, sent his condolences, calling it an "irreparable loss."

Queen Elizabeth II was the oldest and longest-ruling head of state in the world. She took the throne on February 6, 1952, when her father, King George VI, died. She was only 25 years old at the time.

Queen Elizabeth Dies At 96 As The Longest Serving Monarch

Queen Elizabeth II was in charge of the government after World War II, during the change from empire to Commonwealth, at the end of the Cold War, and when the UK joined and left the European Union. Her rule covered 15 prime ministers, from Winston Churchill, who was born in 1874, to Ms. Truss, who was born in 1975, 101 years later.

During her reign, she met with her prime minister once a week. People waiting outside Buckingham Palace in London to hear about the Queen's health started to cry when they heard she had died. At 18:30 BST, the union flag on top of the palace was lowered to half-mast, and an official notice was posted outside to let people know about the death.

Prince William and his wife Catherine became the Duke and Duchess of Cambridge and Cornwall when the Queen died. Few people thought she would become queen, but in December 1936, her uncle, Edward VIII, gave up the throne to marry Wallis Simpson, an American who had been married twice before.

Elizabeth's father became King George VI, and when she was 10, she became the heir to the throne. Her family called her "Lilibet." In just three years, Nazi Germany and Britain were at war. During the war, Elizabeth and her younger sister, Princess Margaret, spent a lot of time at Windsor Castle because their parents didn't want to send them to Canada.

After she turned 18, Elizabeth joined the Auxiliary Territorial Service for five months. There, she learned how to drive and do basic car repairs. She recalled later,

"I began to understand the esprit de corps that flourishes in the face of adversity."

During the war, she wrote letters to Philip, Prince of Greece, who was in the Royal Navy and was her third cousin. Their love grew, and on November 20, 1947, they got married at Westminster Abbey. The prince became the Duke of Edinburgh. After they were married for 74 years, she would say that he was "my strength and stay." He died in 2021 at the age of 99.

In 2009, the Duke of Edinburgh became the longest-serving consort in British history, having been with the Queen for more than 60 years. Their first son, Charles, was born in 1948. Princess Anne, Prince Andrew, and Prince Edward all came along after that. They gave their parents eight grandchildren and 12 great-grandchildren between the two of them.

In 1952, Princess Elizabeth was in Kenya taking care of the sick King. It was there that Prince Philip told her that her father had died. She went back to London right away as the new Queen. She said,

"It was all a very sudden kind of taking on and making the best job you can."

Elizabeth was crowned at Westminster Abbey on June 2, 1953, when she was 27 years old. More than 20 million people watched the event on TV, which was a record at the time. In the following decades, there would be a lot of change. The British Empire would end overseas, and the Swinging '60s would change social norms at home.

Elizabeth changed the monarchy to fit a time when people were less respectful. She did this by going on walkabouts, visiting royal residences, and going to public events. She always cared about the Commonwealth, and she went to every country in the Commonwealth at least once. But there were times when the pain was both private and public.

The Queen's "year from hell" was 1992, when a fire destroyed Windsor Castle, which was both her home and a working palace, and three of her children's marriages ended. After Diana, Princess of Wales, died in a car accident in Paris in 1997, people said the Queen didn't seem to want to talk about it in public. There were questions about how important the monarchy was in the modern world. She acknowledged,

"No institution… should expect to be free from the scrutiny of those who give it their loyalty and support, not to mention those who don't."

As a 21-year-old princess, Elizabeth promised that she would spend her whole life helping others. In 1977, at her Silver Jubilee, she thought back on those words and said,

"Although that vow was made in my salad days, when I was green in judgment, I do not regret nor retract one word of it."

In a thank-you letter to the country on the weekend of her Platinum Jubilee in June, 45 years later, she made the same promise to serve. The event was marked with a mix of state ceremonies, street parties, and a colorful festival of all things British. Even though her health kept her from attending some events, the Queen told everyone,

"My heart has been with you all."

At the end of a pageant, she stood on the Buckingham Palace balcony with three generations of her family. Huge crowds at the Mall cheered her on.

The Royal Family is now going through a time of sadness. In the next few days, a lot of the country's normal activities will be put on hold. Official events will be canceled, and union flags will be flown at half-mast at royal homes, government buildings, the Armed Forces, and UK posts overseas.

Members of Parliament will honor the Queen and swear allegiance to King Charles. Church bells will ring and gun salutes will be fired as local and national groups and charities plan memorial events and condolence books as ways to show respect.

In about two weeks, there will be a state funeral for the Queen. Foreign leaders have said nice things about the Queen. For example, US Vice President Joe Biden said that she stood with the US in its "darkest days" after the 9/11 terrorist attacks.

Emmanuel Macron, the president of France, thought she was "kind-hearted" and a "friend of France." The Queen was a constant in Canadians' lives and one of Prime Minister Justin Trudeau's "favorite people in the world."

She never talked to the media, and people who didn't like her said she seemed cold and unapproachable. But she was respected and admired by the vast majority of the people who lived under her rule. When she died, an era came to an end.

Opinion polls show that Charles doesn't have nearly as much support as Elizabeth, and some people think that the loss of Elizabeth could lead to a rise in republicanism, especially in the other realms.