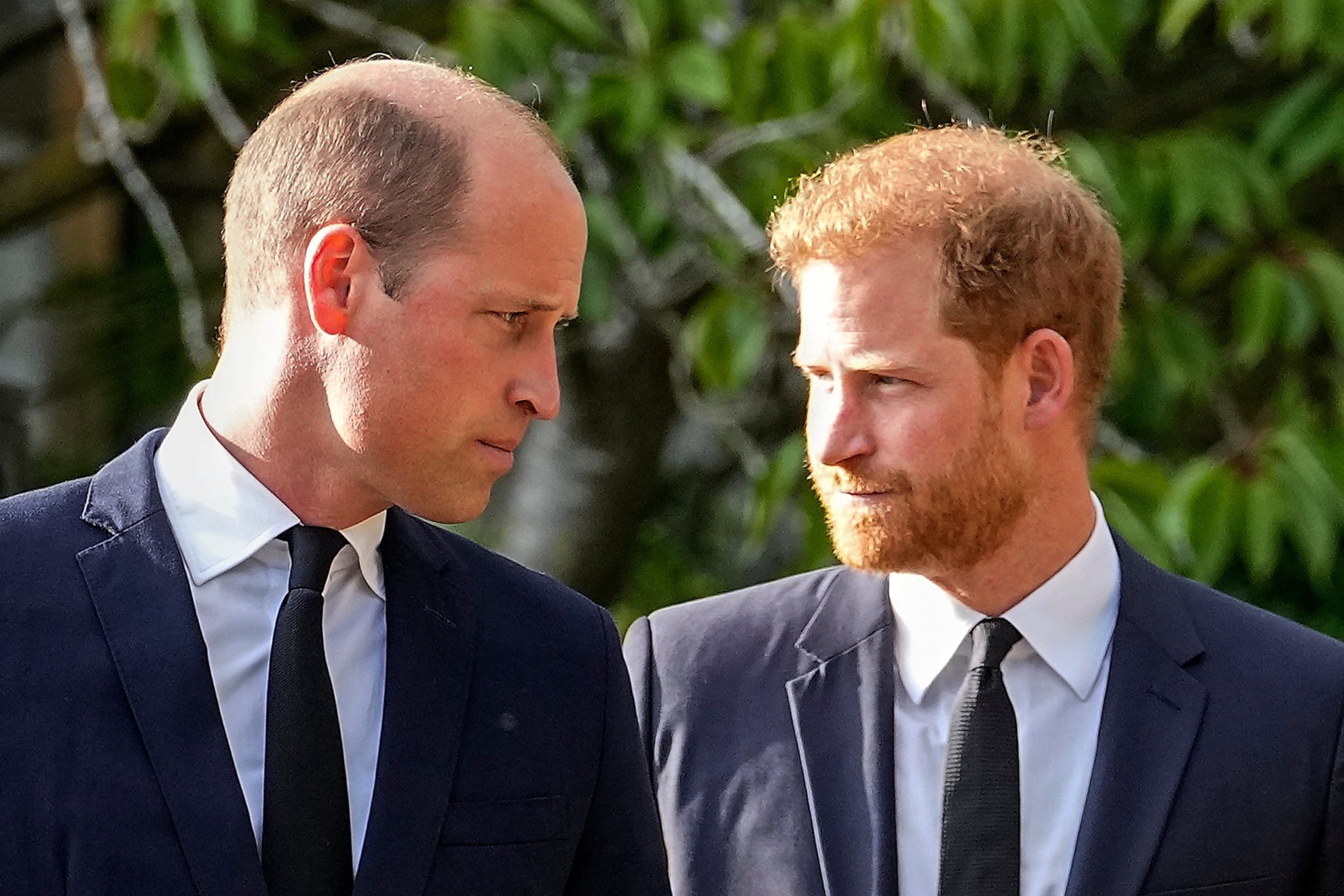 In his upcoming memoir, "Spare," the Duke of Sussex says that Charles was determined to get married to Queen Consort Camilla years after Princess Diana's death. He even asked Queen Elizabeth II's permission, which he says she "grudgingly" gave.

In the end, they got married in 2005. The ceremony took place in Windsor at the town hall. NBC News has tried to get in touch with Kensington Palace, Buckingham Palace, and Prince Harry's office. None of them have said anything.

Prince Harry, the Duke of Sussex, is making life hard for the royal family. Now, he has told the Queen Consort, Camilla, something new about his stepmother. Request denied. Prince Harry said that he and Prince William asked King Charles III not to marry Queen Consort Camilla, but their father didn't listen to them.

She was the villain. She was the third person in their marriage. She needed to rehabilitate her image.

The Duke of Sussex, who is 38 years old, told Anderson Cooper in an interview with 60 Minutes that aired on CBS on Sunday, January 8. Princess Diana famously called Camilla, who is now 75, "the third person" in her marriage. Prince Harry says Camilla was trying to improve her public image before the 2005 wedding. Prince Harry recalled:

“We didn’t think [getting married] was necessary. We thought that it was gonna cause more harm than good and that if he was now with his person, that surely that’s enough. Why go that far when you don’t necessarily need to? We wanted him to be happy. And we saw how happy he was with her. So, at the time, it was, ‘Ok.'

The man who started the Invictus Games wrote in his autobiography, "Spare":

I even wanted Camilla to be happy. Maybe she’d be less dangerous if she was happy.

Cooper, who is 55 years old, asked her how she had been "dangerous" in any way. Prince Harry said:

Because of the need for her to rehabilitate her image. That made her dangerous because of the connections that she was forging within the British press. And there was open willingness on both sides to trade of information. And with a family built on hierarchy, and with her, on the way to being Queen Consort, there was gonna be people or bodies left in the street because of that.

In Spare, which comes out on Tuesday, January 10, Harry talks about how he heard that a "gung-ho" member of Charles' team “devised and launched a new campaign of getting good press” for his father and stepmother. Both princes had to deal with the bad press because of the good news about the king.

During the supposed phone call, William told Harry, "They've done this to me for the last time." He also said that he "wasn't going to take it anymore." The BetterUp CIO wrote that when William confronted their father, he went along for "moral support," but things quickly went bad. Prince Harry recalled:

Pa instantly got upset. He began shouting that Willy was paranoid. We both were. Just because we were getting bad press, and he was getting good, that didn’t mean his staff was behind it.

In his interview with ITV's Tom Bradbury, which also came out on Sunday, Harry said that the “relationship between certain members of the family and the tabloid press” have become too close. The prince said, “Those certain members have decided to get in bed with the devil to rehabilitate their image”.

Harry's media tour to promote his book has shown some of the ways he and other senior royals don't get along. Harry also said on "60 Minutes" that he thought Buckingham Palace had made up stories about him and Meghan in the past.

Cooper also asked Harry on "60 Minutes" about how he and his brother, Prince William, asked their father not to marry Camilla. The Telegraph saw an excerpt from "Spare" before the book came out, and in it, Harry said that his father was afraid that Meghan Markle would steal the show from him. But Harry said this year that he wants to make up with William and their father.