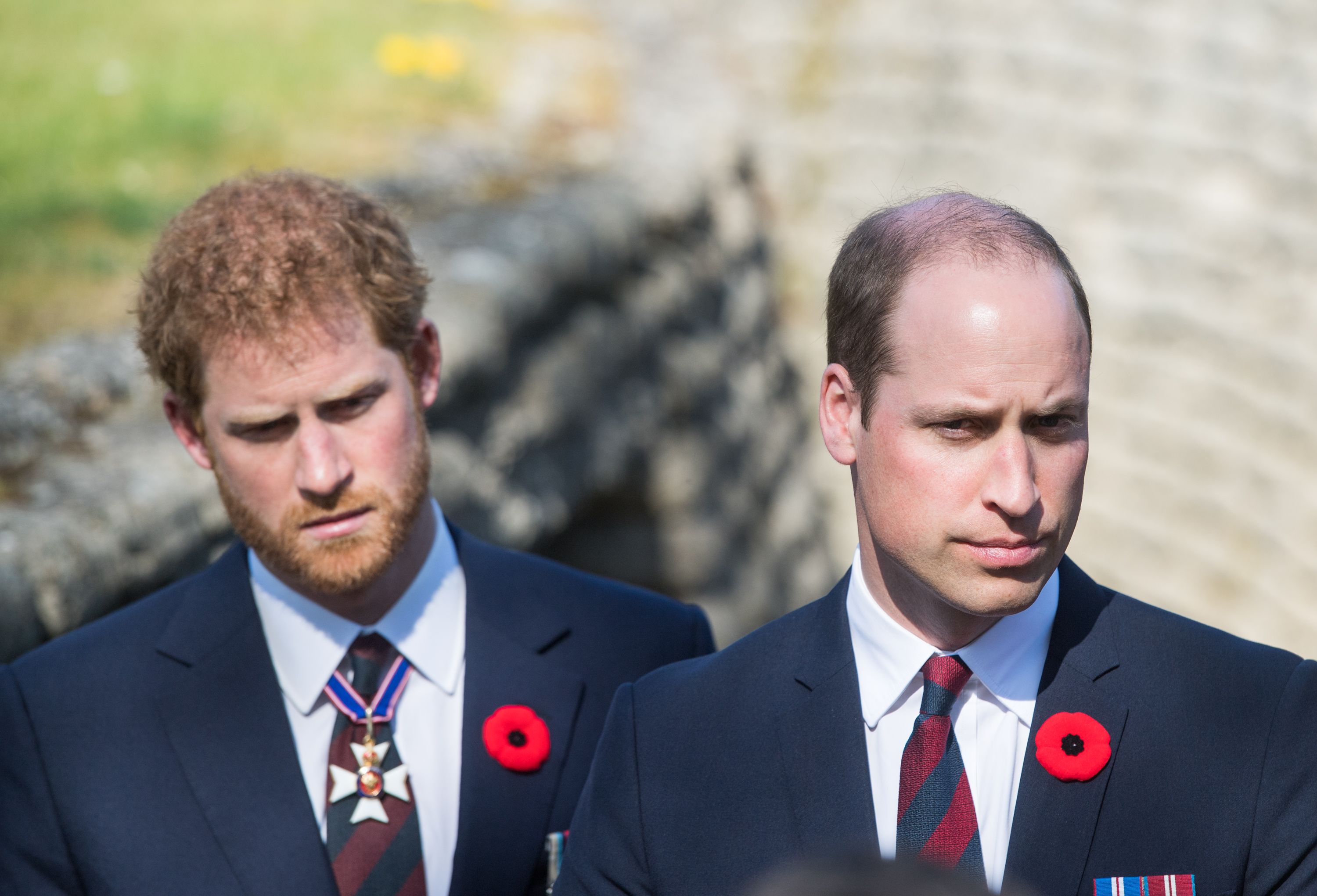 In his soon-to-be-published book, Prince Harry accuses Prince William, his older brother, of physically attacking him during a fight about his wife, Meghan, the Duchess of Sussex.

The Guardian said that Harry, who is 38 years old, wrote that William called his wife Meghan Markle "difficult," "rude," and "abrasive" during a fight in the kitchen of his London home, and then tackled him as the two continued to argue.

After that, Harry told his older brother to go. The newspaper said that Harry remembered that William "looked sorry and apologized."

The Guardian says it has read a copy of the Duke of Sussex's memoir, Spare, in which he says that his brother Prince William attacked him physically. The newspaper said that the book shows them having a fight about Harry's wife, Meghan. Harry told the Guardian,

He grabbed me by the collar, ripping my necklace, and he knocked me to the floor.

Both Buckingham Palace and Kensington Palace have said that they will not say anything. The palaces, which represent William, who is now the Prince of Wales, and the King, seem to have decided that if they don't respond to controversial claims, they will go away faster.

In a new clip from an upcoming interview with ITV, Harry says he can't promise to go to the King's coronation in May. He says "a lot can happen between now and then" and that the Royal Family has the "ball."

Harry's autobiography won't come out until next Tuesday, but the Guardian said it had gotten a copy despite "strict pre-launch security." The book, though, was on sale in Spain five days before it was supposed to come out. It was called "En La Sombra," which means "In the shadow."

The UK bookstores say they are under a strict embargo so that the autobiography doesn't come out before it's supposed to. According to the Guardian, the book says that William said something to Harry at his London home in 2019 that started the fight.

The paper says that Harry writes that his brother didn't like the fact that he married Meghan Markle and that William called her "difficult," "rude," and "abrasive." He is said to write that his brother was "parrot[ing] the press narrative" as the situation got worse.

Harry is said to have told what happened next, which allegedly included a fight.

He set down [a glass of] water, called me another name, then came at me. It all happened so fast. So very fast. He grabbed me by the collar, ripping my necklace, and he knocked me to the floor. I landed on the dog's bowl, which cracked under my back, the pieces cutting into me. I lay there for a moment, dazed, then got to my feet and told him to get out.

The Guardian says that Harry writes that William left but came back "looking sorry and apologizing." When William left again, Harry is said to have written that his brother, "You don't need to tell Meg about this," he called back.

You mean that you attacked me?

I didn't attack you, Harold.

Harry is not a short form of the name Harold; his real name is Henry Charles Albert David. Photos show that Harry wore a dark necklace often to events like the Invictus Games and on trips abroad with Meghan up until September 2019.

Harry and Meghan were in South Africa with a unique necklace on, months before they gave up their royal duties. The new information makes it seem like there is a family fight at the heart of the monarchy that isn't going to end any time soon.

This is still the territory of a nasty divorce, not of getting back together. The New York Post says that the memoir also says that William "howled with laughter" when he saw his brother dressed up as a Nazi before a costume party in 2005. The UK press showed a picture of Harry in the outfit when he was 20 years old.

Martin Pengelly, a reporter for the US website of the Guardian who wrote about Harry's book, said that he had not talked to William's communication team. The reporter said that his article was "a report on Harry's book, which he's written. It's Harry's account." Mr. Pengelly told BBC Radio 5 Live,

We carefully, obviously in reporting it, didn't call it a fight because Harry says he didn't fight back.

Even though Penguin Random House hasn't confirmed if the leaked excerpts from the book are real, Harry has recently talked about how hard it has been for him and his brother to get along.

In that interview, Harry said that he and Ron have "always been in this competition with each other." This was part of the "heir/spare" dynamic that gave the book its title.

The idea of the "heir and the spare" has been around for hundreds of years in royal circles. It refers to the continuation of the royal bloodline: the first son is the heir and gets the throne, and the second son is a backup in case something happens to the firstborn.

In the Netflix documentary about Harry and Meghan, the prince talks about a meeting he went to with his brother, his now-King father, and his late grandmother, the Queen. In early 2020, he said about the conference,

It was terrifying to have my brother scream and shout at me and my father say things that just simply weren't true, and my grandmother quietly sit there and sort of take it all in.

The Guardian says that Harry talks about a meeting he had with Charles, who was Prince of Wales at the time, and William after his grandfather, Prince Phillip, died in April 2021.

If this leak is true, the most touching picture might be of King Charles being stuck in the middle and asking his fighting sons not to make his life "miserable."

Spare, which was ghostwritten by memoirist JR Moehringer and was part of a multi-million dollar book deal, was thought to be very secretive, with few details known about what it was about.

In October, Penguin Random House said in a press release, "For Harry, this is his story at last." Archewell, the company run by the Duke and Duchess of Sussex, hasn't said anything about the book.

In a preview for a sit-down interview that will air on January 8 before the book comes out, Harry said,

But Harry told ITV's Tom Bradby, "they've shown absolutely no willingness to reconcile," though it wasn't clear who he was talking about. Buckingham Palace hasn't said anything about this.

Spare, Prince Harry's upcoming autobiography, will come out on January 10 and tell the story of his life at Buckingham Palace. The British newspaper, The Guardian just published an exclusive excerpt from the royal's controversial and much-anticipated book.

It was about a conversation between Prince Harry and Prince William that turned into a fight. Prince Harry accuses Prince William of attacking him. The British newspaper The Guardian was the first to report the claim. It said it had gotten a copy of the book "Spare" before it comes out on Tuesday.

Even though a lot of work was put into keeping the book a secret, the news agency Reuters and other media outlets were able to get copies after it came out in Spain a few days early.