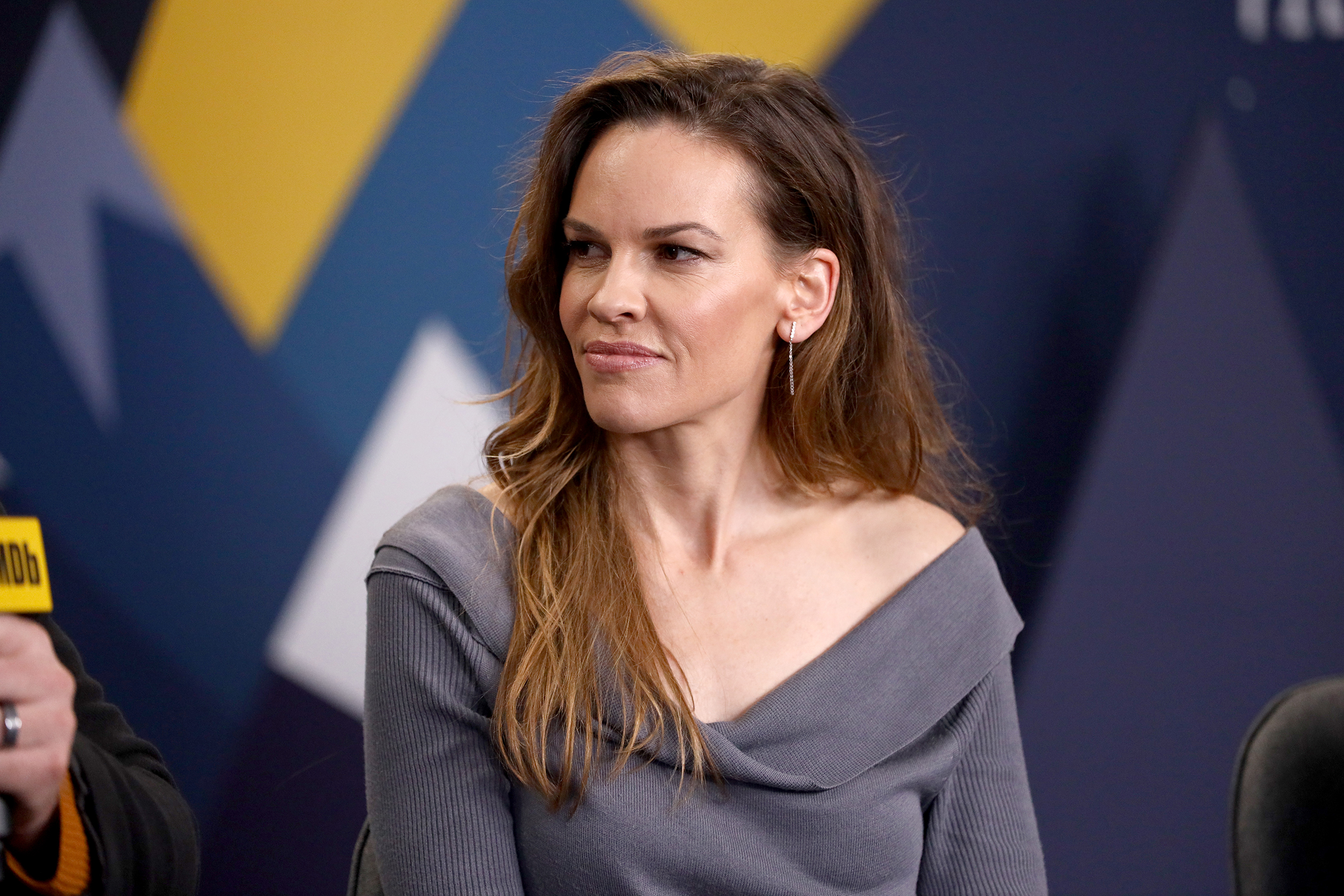 Fans of Hilary Swank are getting an update on the actress's pregnancy. In an interview with Extra that was released on Wednesday, the 48-year-old pregnant Hilary Swank from Alaska Daily described the ups and downs of her pregnancy.

At the beginning of this month, Swank revealed that she and her husband, Philip Schneider, are expecting twins. Swank admitted that for a while she "was having some bouts of morning sickness," and that she is "feeling better" now.

Hilary Swank on Expecting TWINS at 48 — and Her Morning Sickness!

Having fun twice as much? Hilary Swank talked about what it's like to be 48 and pregnant with twins. She also talked about how having two babies can be twice as hard.

I was having some bouts of morning sickness for a while there. My friends tell me when you have double, it doubles the hormones, double the sickness, double the everything.

After a rough first trimester, the Alaska Daily actress said she was "feeling better." She also talked about how hard it was to keep her pregnancy a secret while filming her Hulu show.

I was cutting my pants open in the back because they weren’t fitting me anymore and people were like, ‘That doesn’t really match’ and I’m like, ‘Well, I think her shirt could be out here.

The Oscar winner told Good Morning America earlier this month that she and her husband, Philip Schneider, were going to have twins. The Karate Kid star said,

This is something that I’ve been wanting for a long time, and my next thing is I’m gonna be a mom, and not just of one, but of two. I can’t believe it. It’s so nice to be able to talk about it and share it.

Swank has made it clear over the years that she wants to be a mom. In a 2010 interview with InStyle, she said she's wanted kids "since I was really young," but she wants to wait until "the time is right."

On Wednesday, the Boys Don’t Cry actress gushed that it’s “nice to be here and be pregnant,” before noting that “not having the right relationship” was what held her off on motherhood until she found The One.

Swank and Schneider, both 49, got engaged in secret in 2016 and got married in 2018. They met for the first time two years before when mutual friends set them up. Swank told Vogue in 2018 that it was a blind date set up by Misha Collins's wife, Vicki, and another close friend, Jean.

It was a blind date set up by actor Misha Collins’ wife, Vicki, and another close friend Jean. We met at 10 a.m. and parted ways at 11 p.m. We clearly enjoyed our time!

In an Instagram post from August 2019, the Beverly Hills, 90210 stars talked about her relationship with the businessman.

It’s been a year!! The best of my life besides the first year and second year together. Happy one year wedding anniversary, to the love of my life.

Swank's dad, Stephen Swank, died last year, so she won't be able to see him at the birth of her twins. But in an October episode of The Drew Barrymore Show, the woman from Nebraska said that her babies are due on a special day.

In January, Swank talked about her "unique" relationship with her father. After he got a lung transplant, she became his "sole caregiver."

“I grew incredibly close to him during this time, deepening our relationship and savoring every moment we had together,” she wrote via Instagram at the time, adding that he was “one my most favorite persons” and that “not a day does by that I don’t miss him.”

It helped me forgive, to move past the things that hold me back, in whatever form that takes each day. As well as being deeply connected to the Ultimate Source and therefore, my Dad, always. Peace and Many Blessings to you, in all the forms they may come.

Pregnant Hilary Swank spoke openly about her experience of having twins at the age of 48, revealing that the challenges of caring for two young children are, in some ways, multiplied by two.

After a difficult first trimester, the Alaska Daily actress revealed that she was "doing better." However, she did reveal that it had been difficult to keep her pregnancy a secret while filming her Hulu series.

During an appearance on Good Morning America earlier this month, the Oscar winner revealed that she and her husband Philip Schneider were expecting twins.