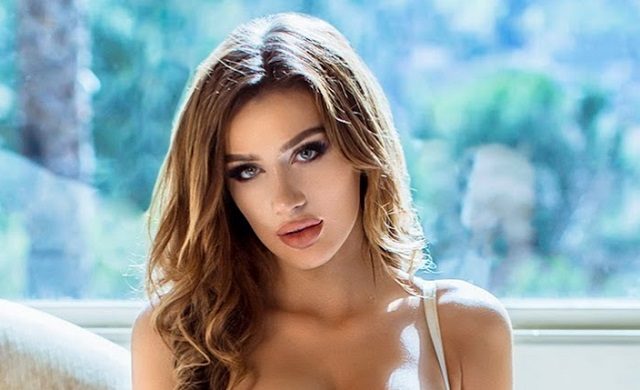 She's well known for being FaZe Rug's ex-girlfriend and appearing on several of his vlogs; the two dated for several years until splitting up in 2017.

Molly Eskam's social media presence has grown since then, and she continues to work with FaZe Rug, with 1.3 million Instagram followers and over 500,000 YouTube subscribers.

She also collaborated with Ricegum in a YouTube video. 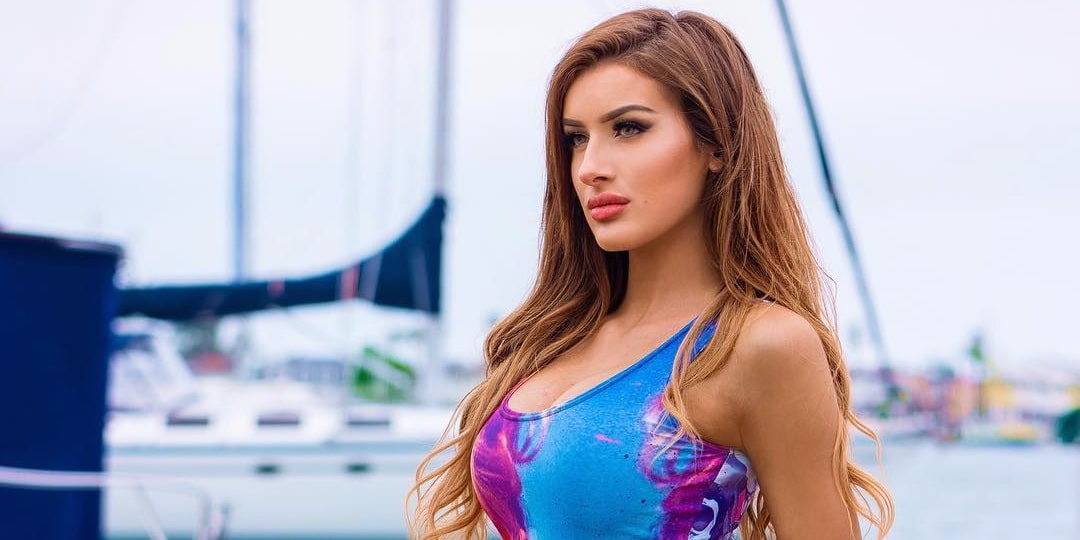 Molly Eskam was raised by her parents, Kent and Laurie Eskam, together with her two older brothers, Chace and Chance Eskam.

Her family moved to Carlsbad, California while she was a child, and she graduated from high school there.

Her amazing physique and stunning facial features are sure to catch anyone's eye! Eskam is incredibly passionate about modeling and aspires to be one of the country's top fashion models. She started modeling at the age of 14, and she has walked the runways at numerous events, including the Courtney Allegra Runway Show.

She now spends her time on YouTube, where she shares her real-life tales with the globe.

She enjoys shopping and trying out new cosmetic products and fashion ensembles as a beauty guru and fashionista. She enjoys traveling and discovering new locations. She has an active lifestyle and is passionate about maintaining a healthy lifestyle. 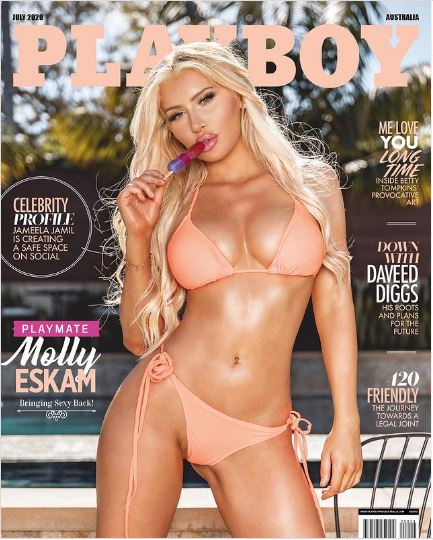 "IM ON THE COVER OF PLAYBOY!! OMG I’m OFFICIALLY A PLAYMATE🐰

Never in my wildest dreams did I think I’d be on the cover of @playboy . I’m still in shock... I grew up never thinking in my wildest dreams this could happen. I started my YouTube channel when I was 17. I grew up on social media... You guys helped me become the woman I am today. I couldn’t be any more grateful to all the beautiful people who follow me and helped make my dream a reality. Thank you from the bottom of my heart ♥️

Huge thanks to @playmodephoto for shooting this and @playboy."

What Surgery Did Molly Eskam Get?

Molly, on the other hand, is more than willing to share the specifics of her procedure. Molly chose to provide more details about her operation in her Instagram story on Monday, on her 11th day of recovery, after her followers requested it.

Molly explained that she already had full natural breasts and doesn't need the surgery, but she wanted it so she wouldn't have to wear a bra anymore. "I want to wear no bra," she remarked. “When you have natural boobs it’s so hard not to wear a bra, I want to wear whatever I want.”

She also added, “So many girls DM’d me since and said I have a full set but I want implants for the same reason…It’s my body and there are other girls that feel the way I feel.”

She claimed that the procedure increased her breast by one size and that the implants were small 350 CCs inserted under the muscle.

On May 12, 2010, Molly Eskam created her own YouTube account. 'Q & A Plastic Surgery' was her first video, in which she discussed her experience with plastic surgery and answered some questions about it.

Eskam continued to publish vlogs on a regular basis and grew reasonably popular on the social media site. Her vlog channel now has more than 500k subscribers and over 39 million views.

'How To Get Free Starbucks (Not Clickbait)', 'Pool Day With My Dogs', and 'Gold Digger Prank (Asking Faze Rug For 20K)' are three of her most popular vlogs.

The American model explains how to receive free Starbucks coffee in the first video.

The second video shows her having a good time with her dogs at a pool. As of December 2021, this video, which was first released on April 27, 2017, had over 1.4 million views.

The third film is a spoof video in which Eskam poses as a "gold digger" and requests a significant sum of money from her partner. This prank has over 1.3 million views and over 37k likes, and it's a lot of fun to watch!

Molly Eskam already has a great career at such a young age. She is gorgeous, confident, and most importantly, she's true to herself.