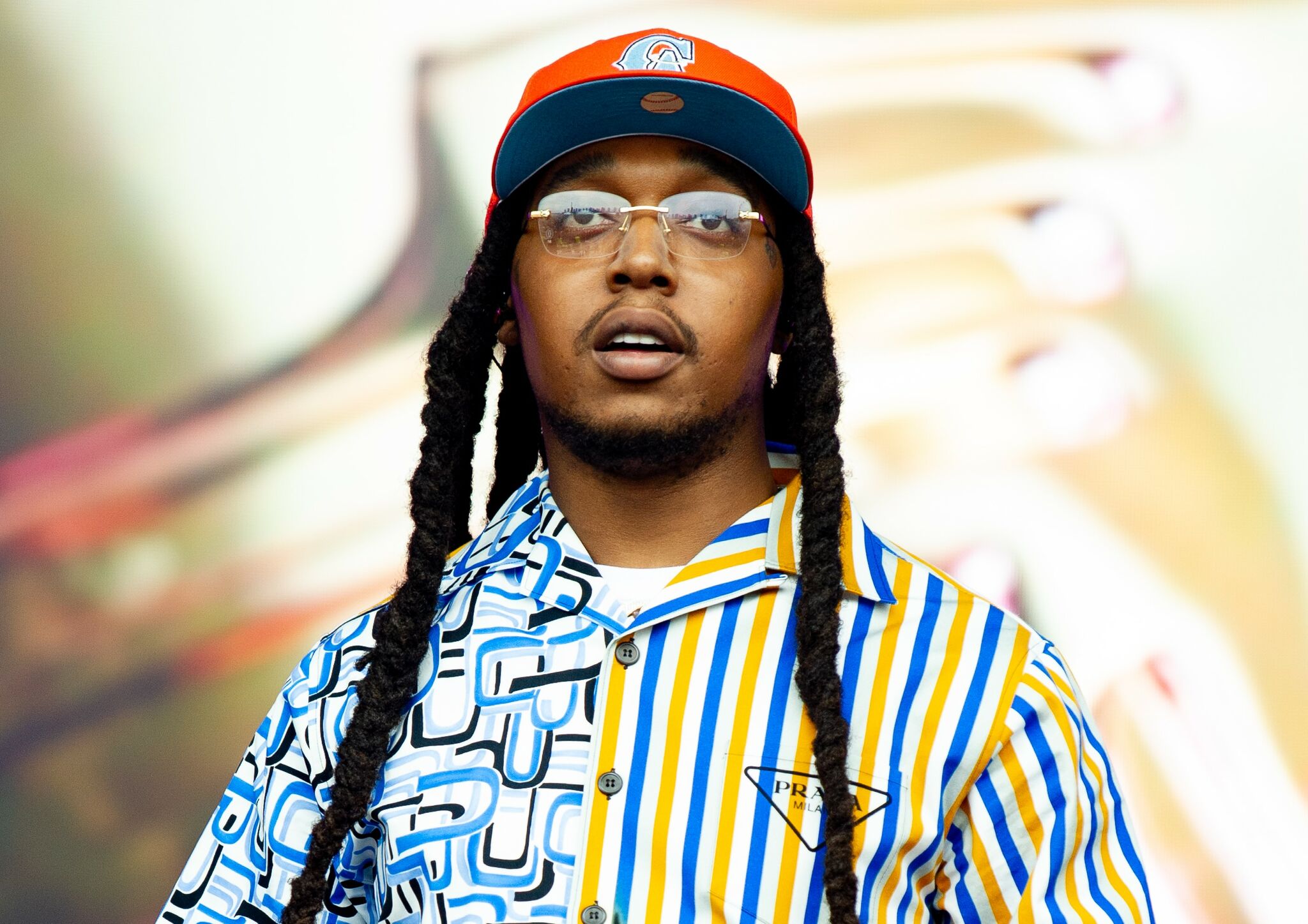 Migos rapper Takeoff killed by a stray bullet, according to a statement from the group's record label. The 28-year-old hip-hop star was shot outside a bowling alley in Houston, Texas, early on Tuesday morning. He was pronounced dead at the scene.

Takeoff, whose real name was Kirsnick Khari Ball, was best known as a member of the Atlanta rap group Migos with Quavo and Offset.

Two more people were hurt in the shooting, but they are said to be expected to live. Migos member and Ball's uncle Quavo was also at the bowling alley, but reports say he was not hurt.

The video of Takeoff's shooting that was leaked right after it happened can't be shared here because it's hard to watch for people who are sensitive. But we can describe the scene by saying that other members of the Migos crew were yelling for help as Takeoff's body lay on the floor with a pool of blood below his head.

When two bullets hit the rapper in the neck and head, he died right away. Even though the official cause of death has been released, there are still a lot of questions that need to be answered.

Multiple reports from people who were there at the time of the shooting say that a dice game was going on. Quavo, the leader of Migos, was getting angry about a disagreement, and someone on their own crew accidentally fired a few shots.

Takeoff was said to have been the calmest and quiet person during all the chaos. But the bullets that killed him were a terrible turn of events. It was a terrible thing that should not have happened. This is why people die.

Migo's Rapper Takeoff Killer Is Still On The Loose

Since the death was ruled a murder, the investigation is still going on because no one who was asked said they knew who shot the person. This fits with the many Twitter reports that the shooter was with the Migos at 810 Billiards & Bowling in Houston, TX.

If this keeps up, the police won't be able to find the real killer because everyone is protecting him. The Houston Police Department has already put out a call for help to find the person who shot and killed Takeoff.

They made sure that he is still out there and still dangerous. But they don't have the tools to check all the information shared on social media by all the people who were there and saw what happened.

Takeoff was killed when he was 28 years old. He was the least well-known member of the Migos crew, but he was just as talented as the others.

Penetrating gunshot wounds of head and torso into the arm.

- Takeoff's official cause of death

Many people who knew the late rapper said that Takeoff was a nice person who seemed the most laid-back of the whole group. He was both Quavo and Offset's cousin and nephew.

Everyone in the sports and music worlds who knew Takeoff sent their condolences after he died. As time goes on, it gets harder and harder to find out who shot Takeoff because the investigation is still going on.

The fact that the death has been classified as a homicide means that the inquiry is still ongoing. Every person who has been questioned has denied that they have any knowledge regarding who the shooter is.

Migos rapper Takeoff was killed by a stray bullet and had just turned 28 years old at the time of his death; he was the least well-known member of the Migos team, but he was every bit as skilled as the others.