Celebrities Invest In Metaverse Property - Why Did They Enter The World Of Virtual Reality? 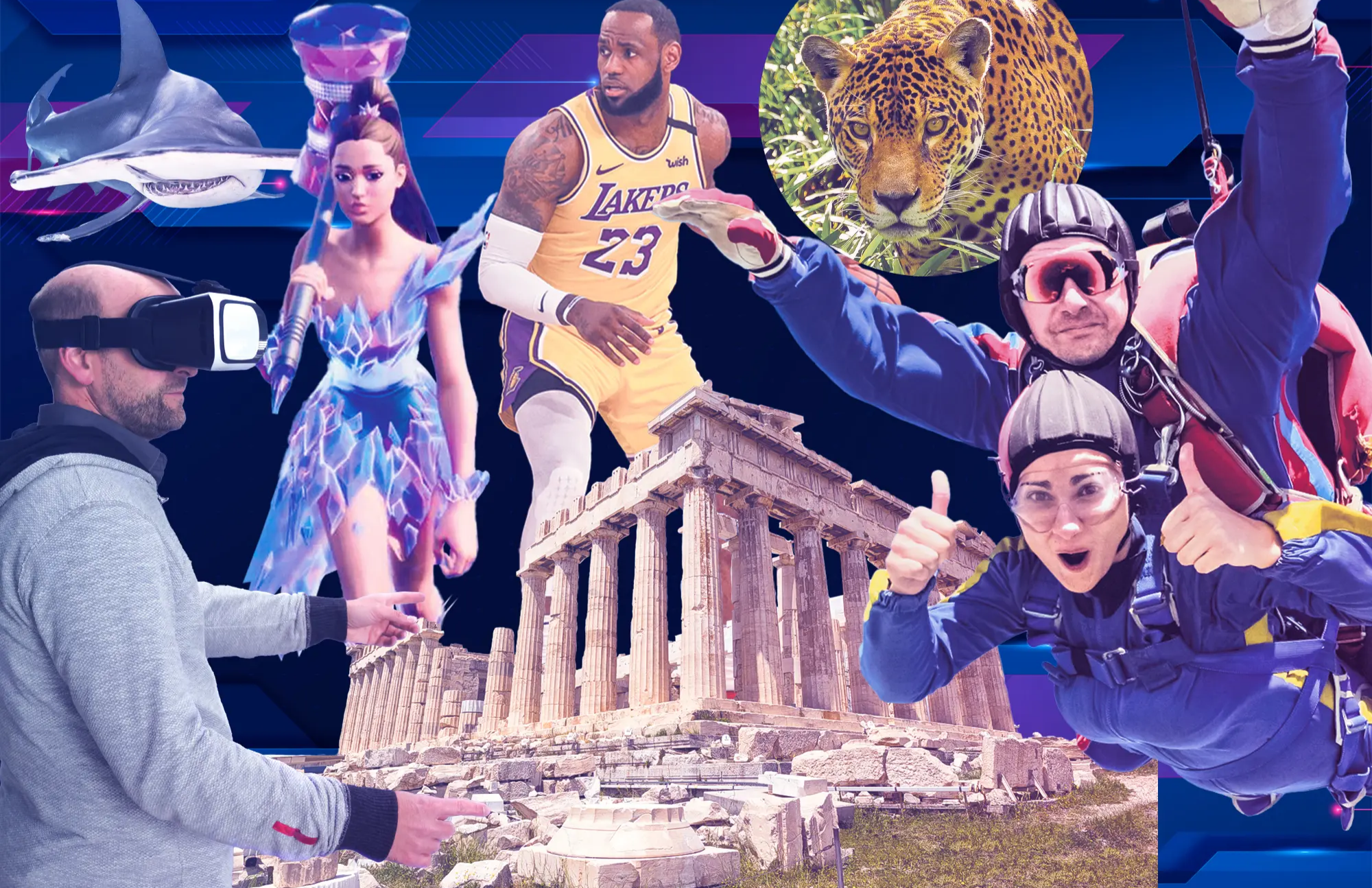 With the help of computers, augmented reality, and virtual reality, technology has shown us how to break beyond the limitations that time and location impose on us.

Because of this, individuals all across the world now have easier and cheaper access to educational opportunities.

And not just for educational reasons but also for the opportunity amazing gaming experience! Technology has already surpassed our expectations of where it will go in the future.

The general public's curiosity about entering advanced technologies is currently being captivated by metaverse property, and it is also getting the attention of famous people.

What Is The Metaverse?

Explainer: What is the 'metaverse'?

In its broadest sense, the term "metaverse" refers to a graphically rich virtual space that also possesses a certain degree of authenticity and in which users can work, play, shop, and socialize; in other words, they can engage in activities that humans enjoy engaging in together when they are physically present (or, perhaps more to the point, on the internet.)

In a summary, the introduction of wearables based on virtual reality (VR) has the potential to bring about significant change across many different industries.

The users of these wearables will be whisked away from the limits of their homes and transported to an alternative virtual world.

Is The Metaverse Exclusively For Gamers?

As a result of the use of technologies such as AR and VR to produce a more natural experience, gamers feel as though they are having an experience that is identical to how they feel when they are in the actual world.

The gaming systems of the Metaverse are accessible, which enables players to move their in-game possessions from one location to another without experiencing any significant changes.

A shocking number of well-known people are currently manifesting in the Metaverse.

Celebrities from all walks of life, including rappers, athletes, businessmen, and stars of social media, are coming to the realization that the Web3 experience is the way of the future.

As a result of this, they are making their claim in the virtual reality realm while they still have the opportunity to do so. 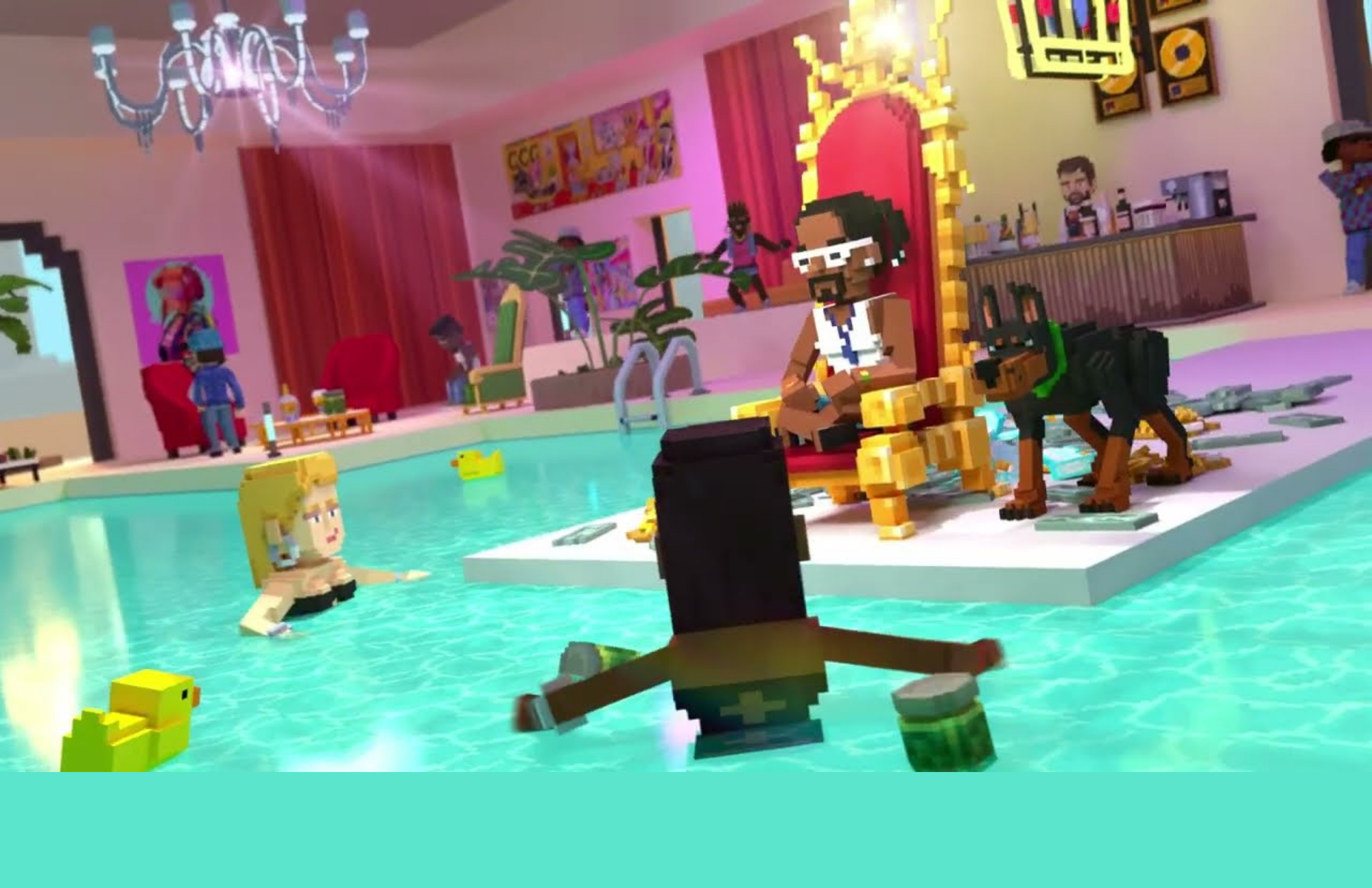 In Sandbox, Snoop Dogg's avatar sits on a royalty chair in the center of the pool with other players

The rapper Snoop Dogg is developing a virtual universe known as the Snoopverse using the Sandbox, a platform that is based on the Ethereum blockchain.

The area that he purchased will host activities such as online concerts, exhibitions of art and automobiles, pool parties, and shopping. It will be home to a computerized reproduction of his enormous residence in California.

An NFT collector spent $450,000 in December of the previous year in order to gain the pleasure of becoming Snoop Dogg's next-door neighbor in the metaverse.

This was accomplished by purchasing a digital plot of land in Snoop Dogg's virtual reality.

How Much Did Snoop Dogg Pay For Metaverse?

Nick stated in the video that the initial price of the tokens was $300,000, but they quickly increased to $4.8 million.

The following three minutes consist of a succession of shots showing the artist in the metaverse engaging in various activities, such as dancing, lounging by the pool in his digital house, and smoking his characteristic blunts. 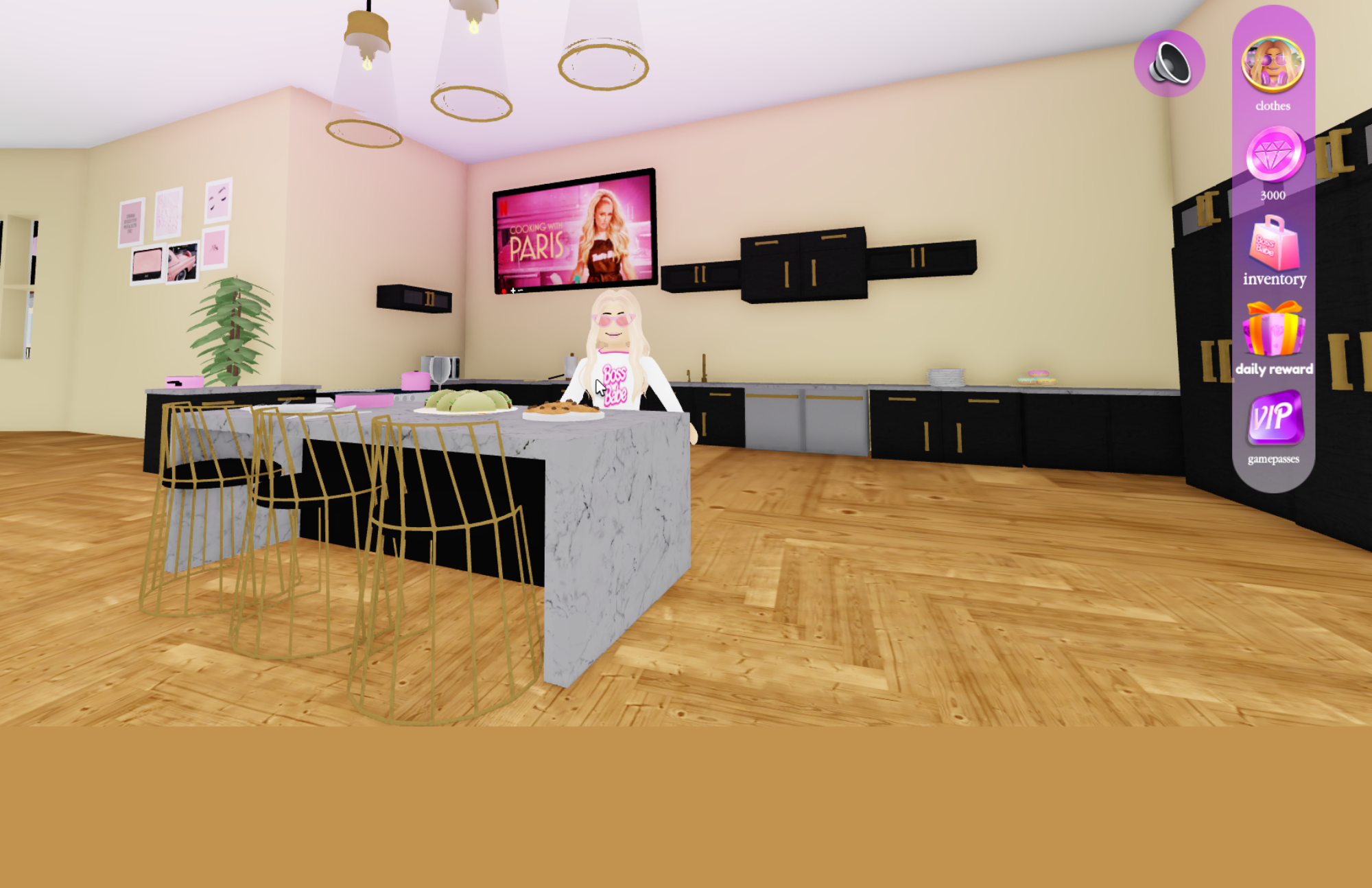 Paris Hilton's Roblox avatar while on her virtual House

The hotel heiress and reality television personality Paris Hilton has created a virtual island within Roblox that is referred to as the Paris World.

The island hosts a digital replica of her home and closet in California, which users may dig through and purchase items.

According to what Hilton said in an interview with Bloomberg:

I think it's important for people to not only be in the physical world but also to be in the digital world.

How To Buy Your Own Virtual Land?

You could also construct a digital home on it and offer it for rent, or you could establish a digital art gallery and invite aspiring artists to exhibit their work there.

Both of these options are viable options.

Why Purchase Land In The Metaverse?

Additional opportunities to earn money are also available through virtual land. Landowners in a virtual world have the option of renting out their property or even turning it into a storefront from which they can sell wares.

A parcel of virtual land recently changed hands for a price of $2.4 million, and the new owner has stated that they intend to sell virtual clothing on the site.

And also, celebrities saw that this is worth investing land in the Metaverse world since it is giving them not only wealth but also friends with who can talk and bond.

Who knows if they also invest when Facebook meta already finished the release of Metaverse? That would be a badass one for sure! There will be for sure some well-known people that will invest.

Let's keep waiting for that time. 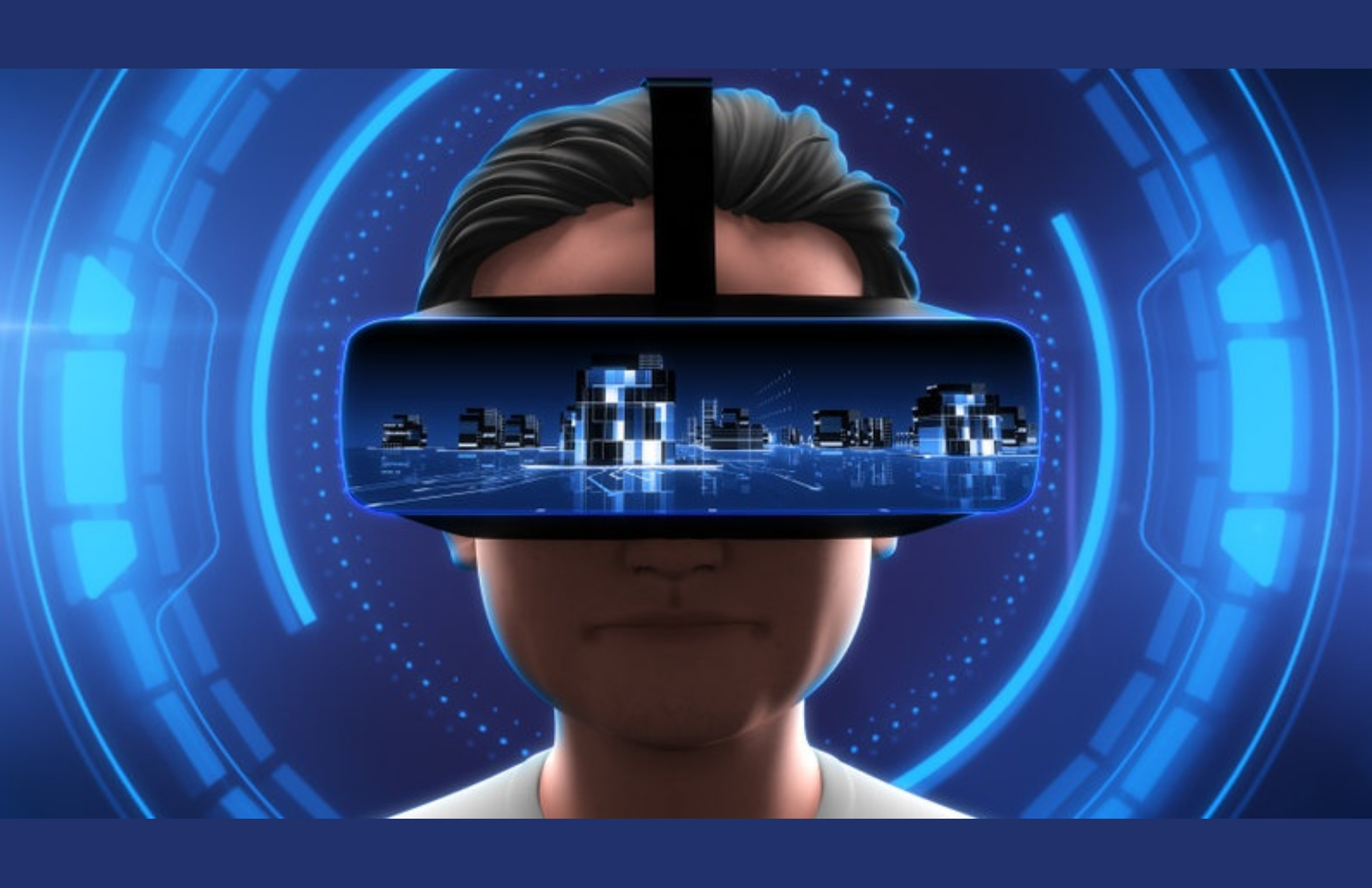 The convergence of augmented reality (AR) and virtual reality (VR) technologies underpins the construction of the Metaverse.

These technologies make it possible to engage in multimodal interactions with digital objects, virtual surroundings, and other users.

The end effect of this is that the Metaverse is a web of social and networked immersive experiences that survive across multiple users' platforms.

As a result of the COVID-19 pandemic, there has been a rise in interest in the creation of metaverses.

Due to the growing number of people who are working from home, there is a rising demand for more involved ways to communicate with other people.

On the rise are virtual 3D places that enable coworkers to join meetings, catch up with one another, and cooperate on projects. One such product is the Microsoft Mesh, which was introduced in November of 2021.

It provides users with immersive areas in which they may interact with one another and work while utilizing their avatars, which makes remote team meetings more interesting and enjoyable.

Celebrity has almost surely realized that the technology that is used in each Metaverse will help them in becoming more famous and gather more wealth.

Who Is The Most Popular Person In Metaverse?

How Many People Are Playing In The Metaverse?

According to the most recent data, there were 83.7 million people in the United States who utilized augmented reality on a monthly basis in the year 2020. It is anticipated that by the year 2023, there will be 110 million people making use of it.

Is Metaverse The Future?

As the metaverse concept begins to incorporate Web3 technology enabled by blockchain technology, the future metaverse will resemble our real world in many ways and may even replace some real-world activities.

The Metaverse is maybe one of the most mind-blowing creations made by humans up to this point in time for you. You are not alone in that belief; even famous people have the same sentiment. They didn't think twice about purchasing property in the virtual reality world of Metaverse so that they may carry on doing what they enjoy doing the most.

When the time comes that Facebook fully releases its newest and highest-quality virtual worlds, we will continue to wait for more individuals to join in the Metaverse world.