Luna 2.0 Is The Brand New Token Of The New Terra Blockchain 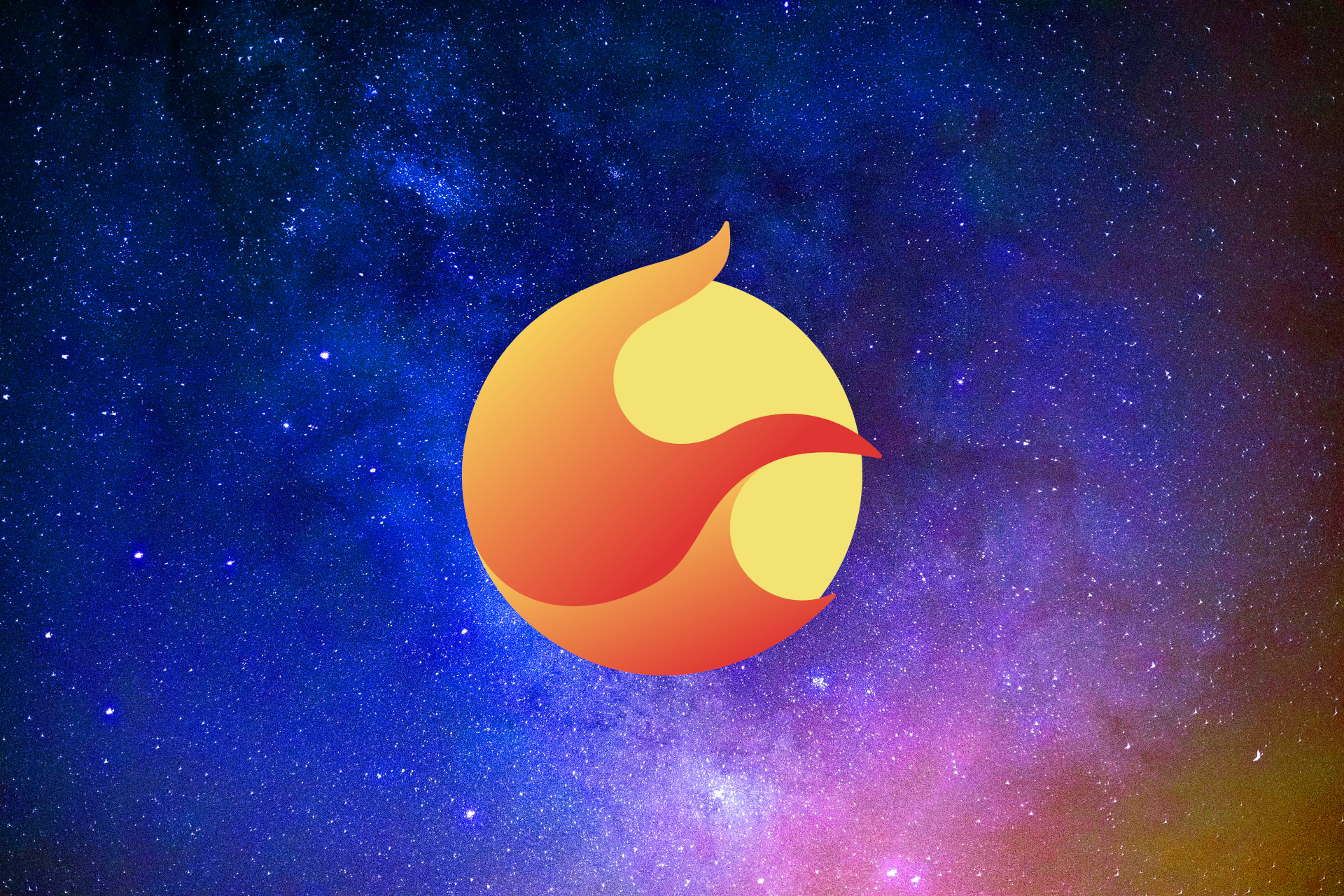 The Luna 2.0 token is a whole new Terra blockchain token designed to save the Terra Luna ecosystem following the collapse of the stable coin.

As Luna attempts to recover from the enormous Luna coin meltdown, Do Kwon and the Terra team devise a Luna recovery strategy.

As a result of the Terra Luna referendum, the current Terra blockchain was split into Terra 2.0.

So, as the Luna 2.0 crypto exchanges finish their transformation, with Binance being one of the last to do so, let's have a look at what it's all about.

Luna 2.0 will also replace the current version of Luna.

It has broken relations with the UST stable coin, which caused the first crash.

Most apps will migrate to the new chain in tandem with the new chain. According to Terra, the majority of the other features will be carried over.

It tweeted, "Terra 2.0 is offering you the same principles you fell in love with the first time."

"Our incredible LUNAtic community, world-class UI/UX, and a deep, capable developer pool are ready to construct the future of Defi."

More projects are successfully migrating to Luna 2.0, and Terra shares some of these updates on Twitter every day.

The old chain, like the old Luna, will not just vanish; they will coexist. Terra Classic will be the name of the previous chain, while Luna Classic will see the present Luna remain. 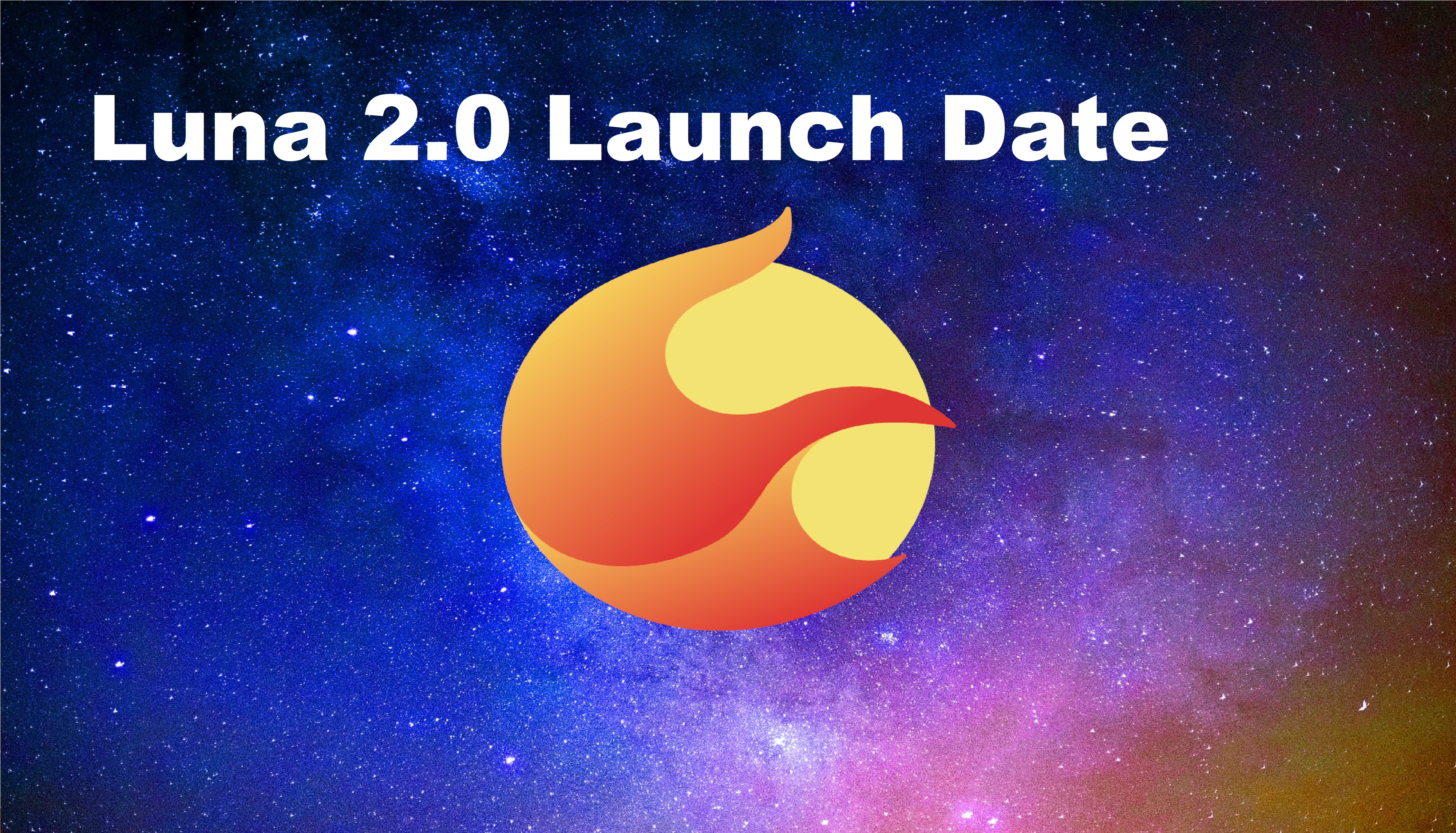 On the 28th of May, the test net and its manner, Phoenix-1, were both enabled. When the first block on the new chain was produced, the airdrop for Luna 2.0 began.

The number of LUNA 2.0 airdrops is decided on the sort of Terra Classic tokens and the length of time you have held the token (based on pre-attack and post-attack snapshots).

Holders of Luna before the attack: 35%

Holders of Luna after the attack: 10%

Holders of AUSTs prior to the attack: 10%

Holders of USTs after the attack: 15%

Stakeholder governance controls 30% of the community pool (with 10% reserved for developers).

The whole quantity of 1 billion Luna 2.0 tokens will not be distributed all at once.

After the new chain is deployed, the majority of the overall supply will be available for at least six months.

The TerraForm Labs wallet has been removed from the allowlist for the Luna airdrop and will not receive any Luna 2.0.

This is to guarantee that the chain is "ultimately owned by the community."

In addition, a number of crypto trading platforms have begun to accept Luna 2.0 and facilitate airdrops and future chain migrations.

On Terra Station, choose the main net network to see the balance of the Luna 2.0 holder.

The entire quantity is 1 billion coins, of which 210 million are now in use.

Terra's ecosystem has been restarted two weeks after the LUNA 2.0 airdrop, and the coin's value has plummeted to new lows, with a 77 percent drop in price.

The currency is now trading at $4.33, according to Coingecko data.

Although the crypto market's general performance has contributed to the fall, the degree of FUD around the new currency is also worth monitoring. 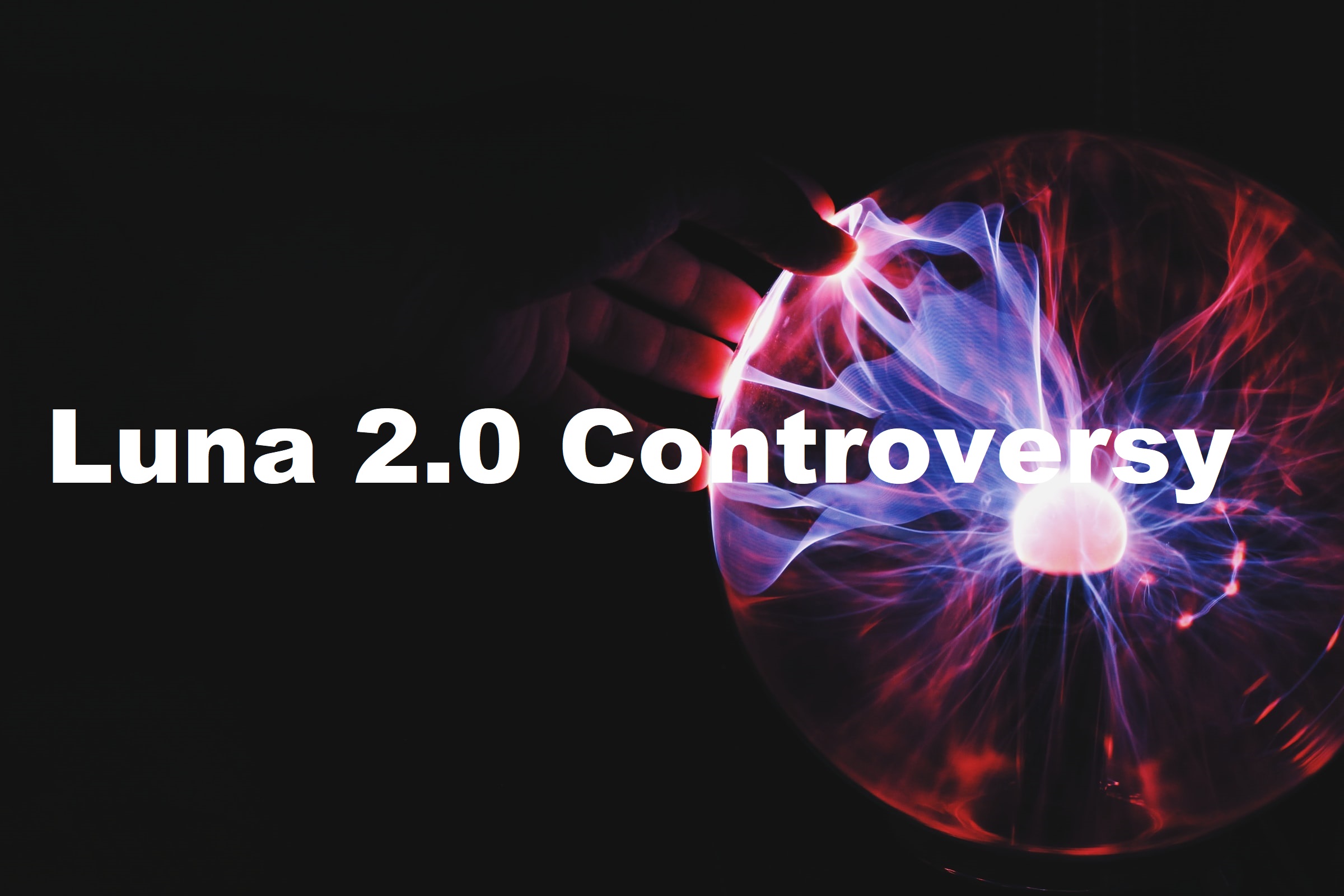 Because of rumors regarding Do Kwon's participation in the creation of the new Terra network, trust in the new ecosystem is low.

The rumors surfaced after FatMan, a self-proclaimed Terra insider, claimed that Kwon and Terraform Labs lied about the new network being community-owned.

He further alleged that Kwon was involved in the relaunch and utilized his LUNA holdings to vote in favor of the hard fork, despite community demands that he burn the tokens.

Although none of these accusations have been proven, they have created enough doubt to induce a significant sell-off of the coin.

FatMan wasn't the first to make accusations against Do Kwon. He recently claimed that Kwon's climb to the top was based on nepotism.

He claimed that Kwon rose to prominence when his first firm, Annify, earned a $550,000 Infobank award.

However, he questioned how he received the grant when the company had no product at the time.

According to him, Kwon received the funds as a result of his ties to Infobank.

The Terra project's LUNA 2.0 coin isn't the only one that has suffered as a result of these rumors.

While LUNA Classic has already lost 100% of its value, the coin's price has dropped another 11.3 percent in the previous 24 hours, dimming any possibility of a comeback.

The Final Verdict on LUNA 2.0

Since May 30, the price of LUNA 2.0 has been in a decline, and it has finally reached the bottom limit of its range, indicating that a reversal is imminent.

Investors should be cautious since if bears maintain LUNA below the range bottom, this optimistic view may collapse.

LUNA was projected to do a U-turn and sweep the range low after a short surge above the range high on May 30. 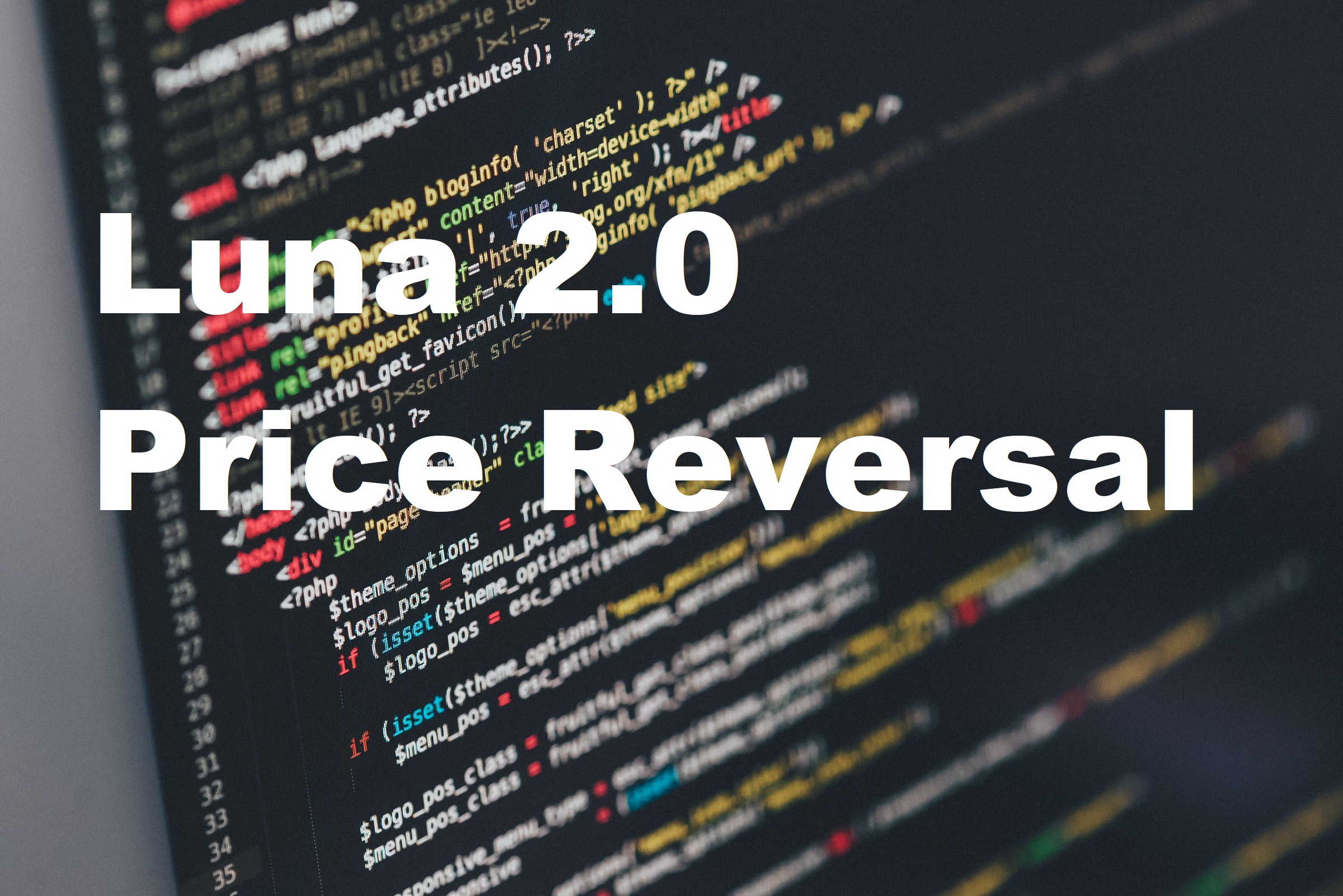 The LUNA price has officially marked the $3.50 support level as of June 8, signaling that a narrative change is on the horizon.

If the ranges hold, LUNA's relaunch should swiftly rebound above the range low of $3.50 and begin climbing higher.

At $6.85, the middle of the range would be the first halt for this advance. This represents a 96 percent increase in price.

This ascent represents a 190 percent increase and is most likely where LUNA bulls will find their short-term limit.

If the bulls are confident, the price of LUNA 2.0 is likely to revert to the mean.

This would result in a 392 percent gain from current holdings for the average investor.

This index is a momentum-based oscillator that may be used to track a market's current as well as past strengths and weaknesses.

The RSI is hanging below 30, indicating the oversold zone, following a major fall.

When an asset hits the oversold zone, the momentum shifts from bears to bulls, indicating that buyers are gaining control.

This, in turn, causes the price of the underlying asset to reverse.

The Awesome Oscillator signal, which is used to evaluate market momentum, lends validity to the bullish story for LUNA pricing.

More crucially, 'bullish twin peaks' are building on this indicator.

When there are two peaks below the zero line, it is called a bullish twin peak. A green bar follows the second peak, which is higher than the first.

The trough between the two peaks must also be kept below the zero line.

While the price of LUNA 2.0 appears to be unduly optimistic, a daily candlestick closure below the range low of $3.50 without a swift recovery would undermine the bullish thesis.

In this situation, LUNA might plummet below its $0.50 listing price.

The Awesome Oscillator has failed to print a green line at the second peak for LUNA 2.0.

Surprisingly, this perspective is in sync with the technicals, who are also predicting a trend shift when the range bottom at $3.50 is swept.

How Much Is Luna Coin Today?

Can You Buy Luna With Ethereum?

Terra Luna may be purchased and sold locally as well as on other blockchains like Ethereum and Solana.

Can You Buy Luna With USD?

Yes. In the United States, the most convenient method to purchase LUNA is through a crypto exchange that welcomes US customers.

It would be impossible for anybody to anticipate the price of Luna 2.0 due to the current turbulent conditions in the crypto market.

Binance, the world's largest cryptocurrency exchange, has registered the new Luna 2.0 token in its Innovation Zone, indicating that it considers investing in the Luna coin to be hazardous.

The pricing of Luna Classic is also heavily influenced by the debut and price of Luna 2.0. As a result, its price is fluctuating as well.

when investors' trust in the Terra community has already been severely affected by the collapse.

It will be difficult for the community to rebuild it so quickly. The situation, however, might change at any time.

With all of the hype around cryptocurrency, it's no wonder that many people are interested in learning more about it, according to Luna 2.0 Price Prediction.

Whether you decide to invest in this new currency or not, knowing how it works will help you develop sensible business plans and protect yourself from fraud.