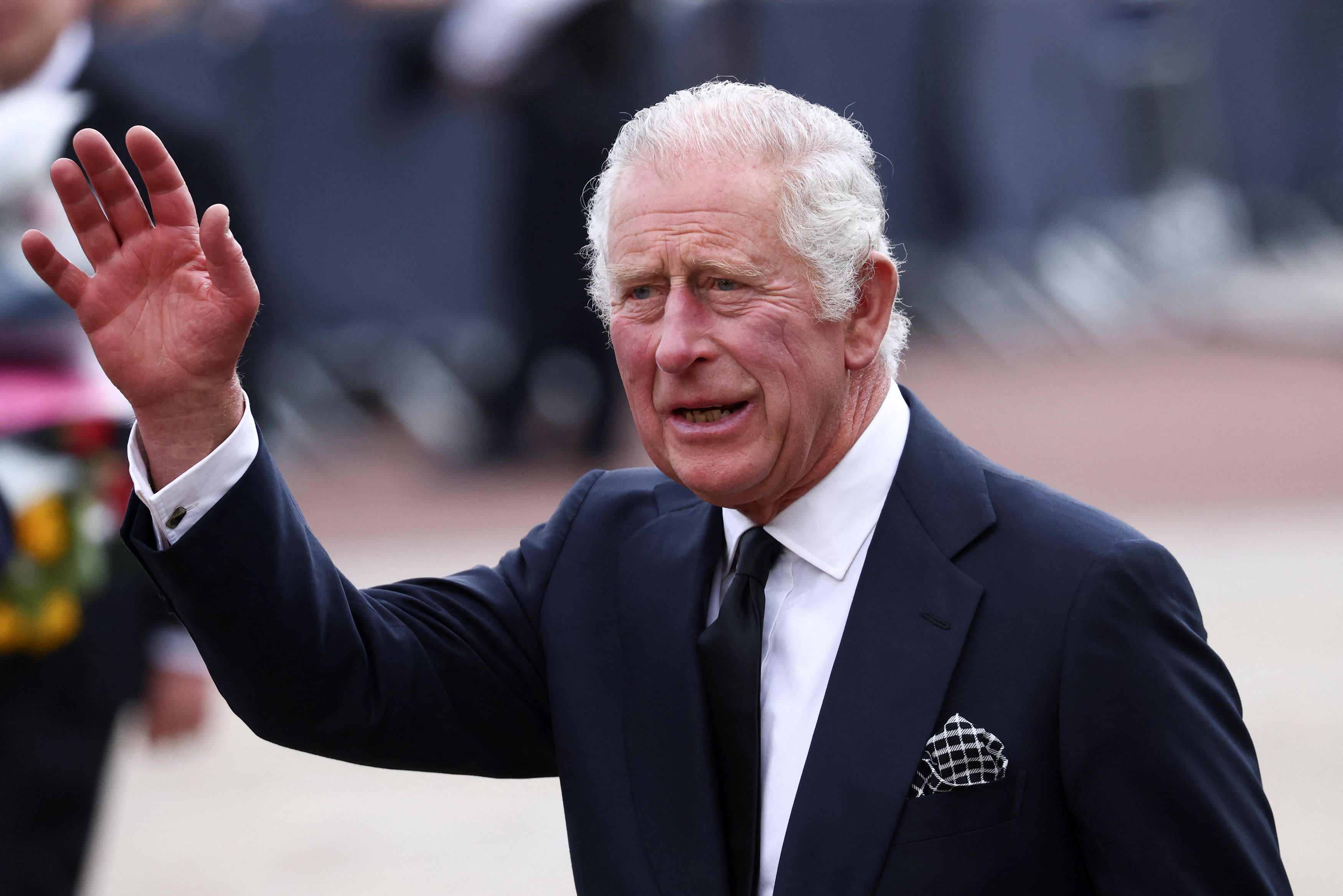 As King Charles III takes over for his mother, Queen Elizabeth II, who died, King Charles III gets frustrated over a faulty pen and seemed annoyed by a pen that kept leaking in the middle of his royal duties.

During a visit to Hillsborough Castle in Northern Ireland on Tuesday, King Charles III got angry because the pen he was using to sign a book leaked. In the video, King Charles III gets up in a huff when he realizes the pen isn't working right. He then reaches into his pocket for a handkerchief to wipe the ink off his hands.

King Charles III Gets Frustrated Over A Faulty Pen

'I can't bear this bloody thing': King Charles gets frustrated with leaky pen

During a signing ceremony in Northern Ireland, a leaky pen caused trouble for King Charles III, who was not happy about it.

King Charles III, 73, was frustrated as he signed a visitor's book at Hillsborough Castle on Tuesday, September 13. A pen leaked all over his hand. The king got up quickly and gave the pen to his wife while he washed his hands. Queen Consort Camilla, 75, looked at the pen and said:

“I can’t bear this bloody thing … every stinking time.”

After expressing his frustration, he left the room. The sovereign was also upset because he signed the documents with the wrong date before he checked with an assistant who told him he was a day behind.

After Queen Elizabeth II died on September 8, the royal family went on a tour of the United Kingdom. On Tuesday, they went to Hillsborough Castle in Belfast. They looked at the flowers and handwritten notes that people had left for the late queen.

They also went to St. Anne's Cathedral for a Service of Reflection held in honor of the queen. When Charles spoke to the Irish people for the first time as king, he said he would continue his mother's work to keep Northern Ireland safe. The royal patriarch said in a speech on Tuesday.

In the years since she began her long life of public service, my mother saw Northern Ireland pass through momentous and historic changes. Through all those years, she never ceased to pray for the best of times for this place and for its people, whose stories she knew, whose sorrows our family had felt, and for whom she had a great affection and regard.”

Since his mother died at Balmoral in Scotland on Thursday, the new king has been very busy. He went back to London on Friday, where he was sworn in as king at St. James's Palace and spoke to MPs and Lords at Westminster Hall.

On Monday, he flew back to Edinburgh, where he walked behind the Queen's coffin and then stood over it with his siblings at a vigil. At the accession council on Saturday, Charles was annoyed that a pen holder and pens were in his way as he signed documents. He signals his aides to move them.

People on social media felt sorry for the king when they thought about how sad he was about the death of his mother and how busy he has been since then. The history reporter for The Times, Jack Blackburn, wrote on Twitter:

“I think it’s possible to read too much into a bit of grouchiness from someone who has been travelling non-stop since his mother died last Thursday.”

Marcus Dysch, who used to be the political editor of the Jewish Chronicle, said:

“Watching the news last night I thought aside from the grief, King Charles must be absolutely exhausted. He is in his 70s and flying round the country almost non-stop. Clear it is getting to him. Hope in due course he gets the time he needs to deal with this traumatic period.”

After his trip to Northern Ireland, he went back to Buckingham Palace on Tuesday evening. There, he will get his mother's coffin, which was flown from Edinburgh with Princess Anne.

After the event, the public will have several days until her state funeral on September 19 to pay their respects in person. She will be buried in a tomb at Windsor Castle with her late husband, Prince Philip, who died at age 99 in April 2021.

Queen Elizabeth II died Thursday at the age of 96, and Charles became king. She was the monarch who ruled Britain the longest and the second monarch who ruled the world the longest. The king gets frustrated over a faulty pen, and a camera caught him yelling about it. People who saw it feel sorry for him because he's having a hard time right now.