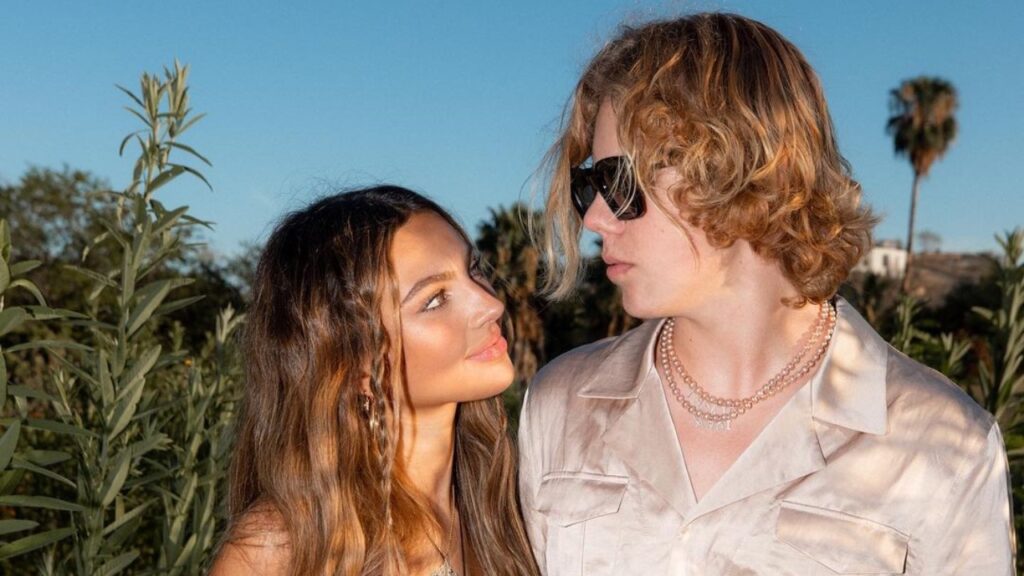 Katarina Deme is a famous Tiktok star, model, and Instagram star from the United States. She has appeared in a number of videos. She is one of Tiktok's most attractive young females. Her beautiful looks, adorable glow, modeling poses, style, and amazing personality are well-known.

She is well known for her satirical video edits, moving recordings, and lip-synchronized performances on TikTok. She is also well-known for her visually appealing Instagram photos and videos. She has a large and devoted fan base.

Katarina Deme was born in the United States on February 19, 2004, to an American family. Katarina Demetriades is her full name. Pisces is her zodiac sign. She hasn't disclosed any details about her educational background. She is presently based in the city of Los Angeles, California.

Her marital status is single. She is now in a relationship with Kid Laroi, a well-known Australian rapper. 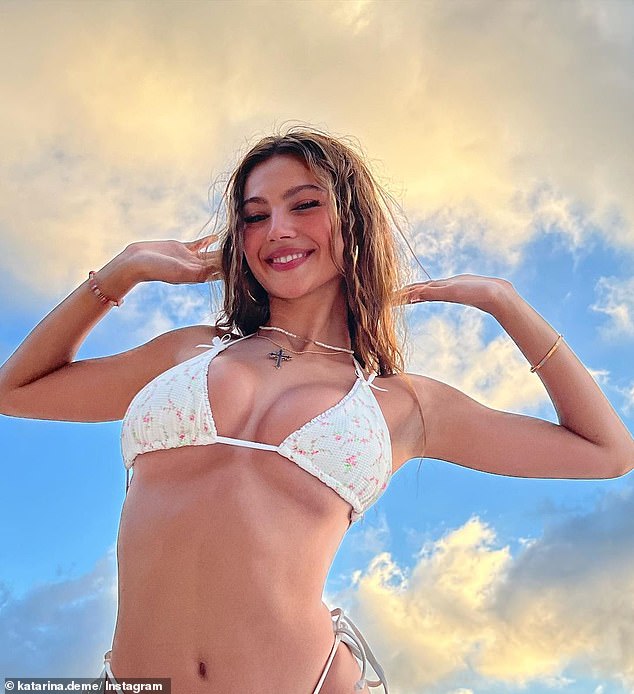 Katarina Deme And The Kid Laroi

Katarina Deme has been dating rising sensation and the famous Australian rapper Kid Laroi, whose actual name is Charlton Kenneth Jeffrey Howard. He is only 18 years old but has already spent years in the music industry. His most popular song to date is "Stay," which features Justin Bieber.

"Stay" was Laroi's highest-charting single in the United States, reaching number one on the Hot 100. "Stay" has been at the top of the Billboard Hot 100 list for six weeks, according to the Daily Mail. With six weeks at the top of the Hot 100, "Stay" is tied for the third-longest run for a song with two or more co-billed male performers in the 63-year history of the chart.

He performed the hit alongside Justin Bieber at the 2021 VMA awards, where his single "Without You" was nominated for Best New Artist and Push Performance of the Year.

In September, The Kid Laroi replaced Scooter Braun, who also represents Justin Bieber, with Adam Leber, who represents Miley Cyrus and Lil Nas X. Laroi had barely been with Braun for three months when he made the decision to leave.

Katarina Deme, whose true name is Katarina Demetriades, is Kid Laroi's girlfriend. On social media, she goes by the name "Kat." Deme is a model, actress, and influencer. Deme "first rose to TikTok and Instagram fame in 2019," says her IMDb page, which was written by her mother.

She has "talents that include singing, horseback riding, polo, skiing, snowboarding, fencing, surfing, and swimming," the page says. She has acted in the movies Then Came You and Saturn Returns, as well as appearing on the television sitcom Will & Grace. Deme has been in a number of print and television commercials.

On Instagram and TikTok, the soon-to-be 18-year-old influencer has over a million followers.

The Kid Laroi has made no secret of his feelings for Deme, his girlfriend. He seems to be very interested in the model because he always posts pictures of her on social media.

Laroi celebrated his one-year anniversary with Deme by posting a few images on Instagram on July 24. In the first, Deme grins and looks affectionately up at Laroi, while in the second, he looks down at her solemnly through sunglasses.

In the second snap, Deme stares toward the camera, showing off her zebra-print shoes, while Laroi glances at the ground in the second.

The young pair appear to have already shared some wonderful milestones and may have many more in the future.

Nancy Deme is a fashion designer, and Jim Deme owns a well-established firm in America. She hasn't shared any photographs of her parents on social media.

Her older sister, Alexa Deme, is also a TikTok celebrity and a model. Katarina has had a few cosmetic procedures done on her. Lip fillers, Botox injections, and a facelift are among the procedures she has undergone.

Katarina's followers are always anxious to see how she looked before she had plastic surgery, but such photographs are rare and few and far between if they exist at all. Her most recent photos were taken following her operation.

In terms of her earnings, she is projected to have a net worth of $5 million. Her major sources of revenue are her social media platforms and modeling jobs. She also uses her social media profiles to promote businesses and goods. She has a million followers on her unverified Instagram account, @katarina.deme. Aside from that, she is not active on social media sites such as Twitter and Facebook.

How Did Kid Laroi And Katarina Deme Meet?

Laroi's girlfriend is no slouch when it comes to her own social media career: she has over 7 million TikTok likes and 1 million Instagram followers, where she posts photos and material from her modeling profession. When Kid Laroi relocated from Sydney to Los Angeles last year, the two met.

How Old Is Katarina?

Katarina will turn 18 years old in just a few days. She was born in 2004 and celebrates her birthday every year on February 19th. Pisces is her zodiac sign.

Deme became famous on Tiktok when his dance videos went viral. On Tiktok, she has over 762k followers and 6.7 million video likes. She has been to more than ten countries, including Switzerland, England, the United Arab Emirates, and more. Katarina's beautiful photos are shared on her own Instagram profile, which has over 550k followers. She adores dogs and has a couple of them as pets. She is a brand ambassador for a number of fashion labels.