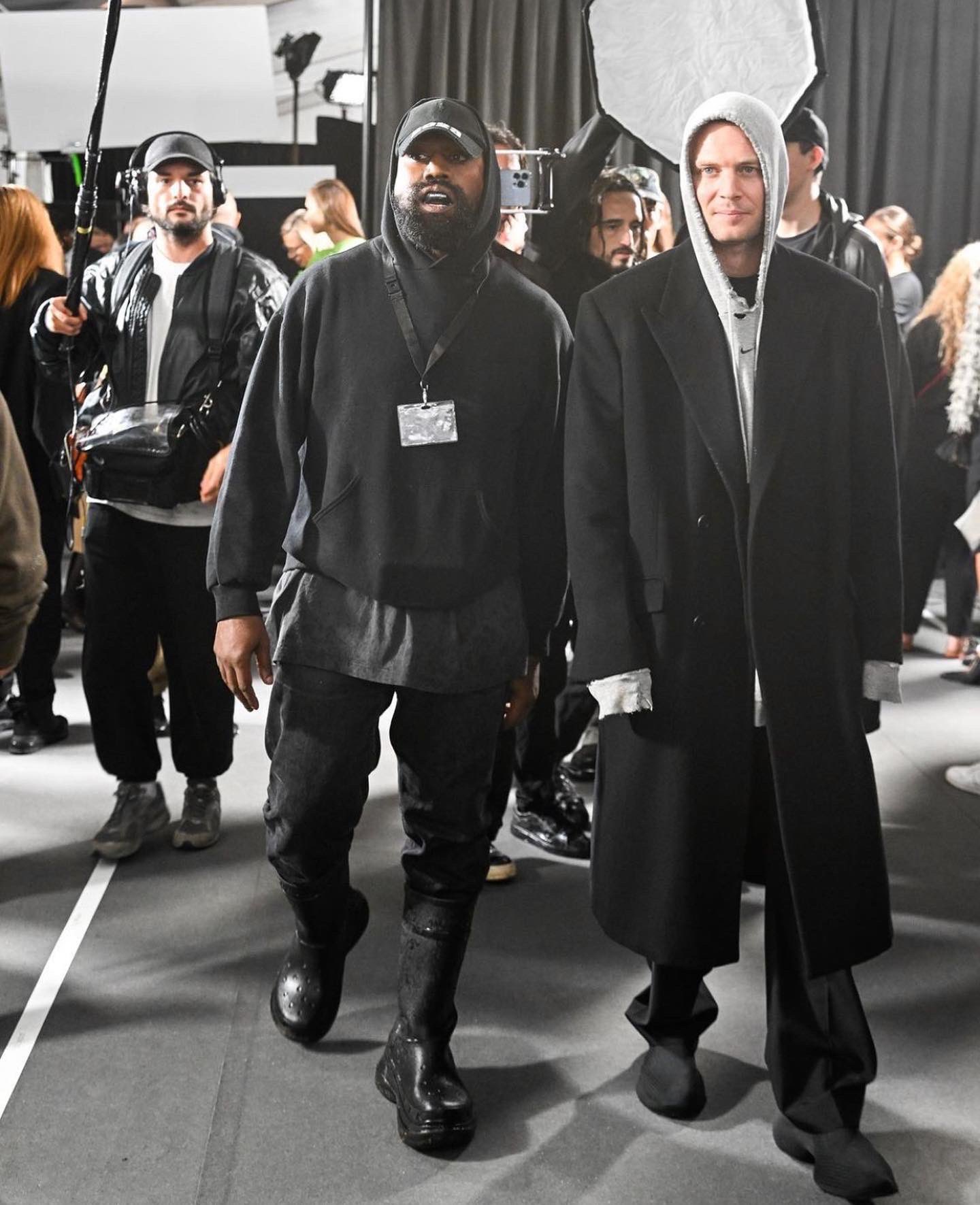 Kanye West has kept up his rebellious behavior. Kanye West will sell "Ye24" Adidas, Balenciaga, and Gap hoodies for $20.

Balenciaga, Adidas, and Gap have all severed connections with the rapper after his recent anti-Semitic remarks, "White Lives Matter" T-shirt designs, and other antics caused anger.

West has now made known his plans to get rid of the unsold goods that he previously sold for hundreds of dollars.

X17 Online posted a video to YouTube in which the designer discussed his intention to have "Ye24" emblazoned on the hoodies to honor his 2024 presidential campaign.

The "Donda 2" artist flaunts another "Ye24" marketing sweatpants before detailing his strategy for the astonishingly cheap hoodies and his justification for selling the pricey apparel for only a dub.

I cut up 100 hoodies from Yeezy, from Balenciaga, from [Gap and Adidas] and everything we do is going to cost $20.

During a quick workshop tour in Los Angeles, West also revealed a behind-the-scenes peek at how his products are made.

Ye continues to display various new jackets in the video, even giving the cameraman a beige jacket. The former YZY Gap designer went on to describe his business practices and offer criticism of society.

As a species, we need to update together. Everything’s been so divisive: when they say ‘diversity,’ people look at that like it’s a good thing, but we’re the United States of America.

The "Eazy" rapper also displayed his "Ye24" creations while talking about the future. He said that the clothing, which promoted his bid for the presidency in 2024, was constructed from recycled Balenciaga sweatpants and other materials. He also claimed on Twitter that he met with former President Donald Trump and extended an invitation for him to serve as his running mate.

West used items from his most recent Balenciaga and Adidas collaboration in the music video, including a white messenger bag ($1,290) and a hoodie ($1,150), despite the fashion industry's condemnation of the rapper.

“After a thorough review, the company has taken the decision to terminate the partnership with Ye immediately, end production of Yeezy branded products, and stop all payments to Ye and his companies. Adidas will stop the adidas Yeezy business with immediate effect.”

“Adidas does not tolerate antisemitism and any other sort of hate speech,” the brand said in a press release. “Ye’s recent comments and actions have been unacceptable, hateful, and dangerous, and they violate the company’s values of diversity and inclusion, mutual respect and fairness.”

Balenciaga and Vogue severed ties with the rapper, and Creative Arts Agency (CAA) dropped him along with J.P. Morgan Chase.

To avoid any further controversy, West and Gap decided to end their partnership.

In an exposé that was published by Rolling Stone on Tuesday night, former Yeezy employees said that West frequently exposed executives to explicit photos and films of his ex-wife Kim Kardashian as well as his own sex recordings and pornographic videos.