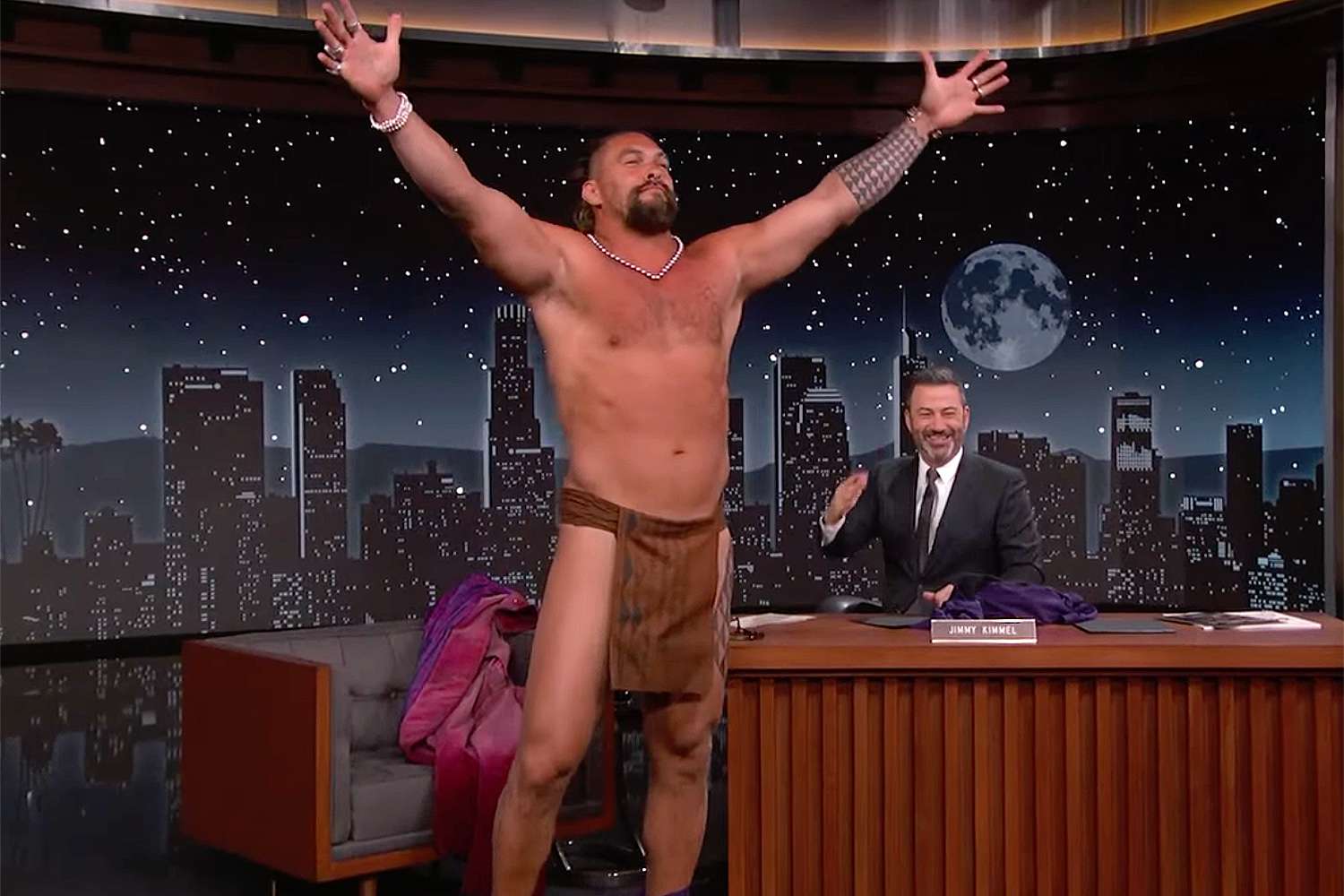 On Jimmy Kimmel Live, Jason Momoa talked about how he is Hawaiian. But Jason Momoa strips down on live TV so he could show their traditional Hawaiian Malo.

The actor, who was born in Honolulu, Hawaii, went on the talk show on November 9 to promote his new kids' movie, Slumberland. In the movie, he plays Flip, a strange outlaw who has to show a young girl around the dream world.

The 43-year-old Slumberland actor came on the show wearing his costume from the Netflix movie, which was purple satin pajamas and a shiny pink velvet coat.

Jason Momoa STRIPS DOWN on TV!

A few days after showing off his almost-naked body in an Instagram post, actor Jason Momoa wore a traditional Hawaiian loincloth called a "malo" on Wednesday's "Jimmy Kimmel Live."

Mr. Momoa, who is well-known for his roles in movies and the TV show "Game of Thrones," talked about his most recent social media photo, which showed him fishing while wearing a malo. He told Mr. Kimmel that the malo is now his "favorite" thing to wear and added, "That's what I wear every day."

Malo is a traditional loincloth that some people on the island of Hawaii in the Pacific Ocean wear. In the clip, Mr. Momoa said that he started wearing the loincloth to prepare for his role on Apple TV's "Chief of War," but he just kept doing it after that.

And I was just getting ready for the role, because I like to get into character, and so I was tanning my white ass.

Then Mr. Kimmel asked, "Is that okay?" In response, Mr. Momoa said

Oh my God, yes. I actually don't like wearing clothes anymore. I mean, I'm in it every day. I wear it all the time.

When asked if he was wearing one at the time, the actor took off his clothes and showed off his malo before letting the audience see his whole backside. Mr. Momoa even did a little shake right in front of Mr. Kimmel, who laughed the whole time and said:

Let me tell you, I've never felt more like Danny DeVito than I do right now.

The video was just posted on YouTube. Emojis of hearts and flames were all over the comment section.

One user wrote, "I love how Jason Momoa is his authentic self and doesn't take himself too seriously. I'm just realizing how funny he is. Jimmy Kimmel really rolled with it". Another said, "Now I understand why people love him so much. Such a masculine yet gentle and has the best genuine laugh ever".

A third person said, "Jason takes his heritage seriously and connects with his roots and the ancestors. It's a large part of the reason he has such a magnanimous personality. It's all real and coming from the inside out."

"Jason has got to be one the most masculine yet gentle souls I've every seen. Jason is so charming you just want him to win," said the fourth. More than 34,000 people liked the video, and more than 2.7 million people watched it.

This week, Jason Momoastrips down his underwear on TV to show off his traditional Hawaiian malo. The Aquaman actor was on Jimmy Kimmel Live! for an interview when the topic of him wearing a malo on a recent fishing trip came up.

Last month, Momoa posted pictures of him fishing while wearing only the malo, which looks like a loincloth. The actor said that he started wearing the one-piece recently to get ready for the upcoming Chief Of War series on Apple TV+, which takes place in Hawaii in the late 1700s.