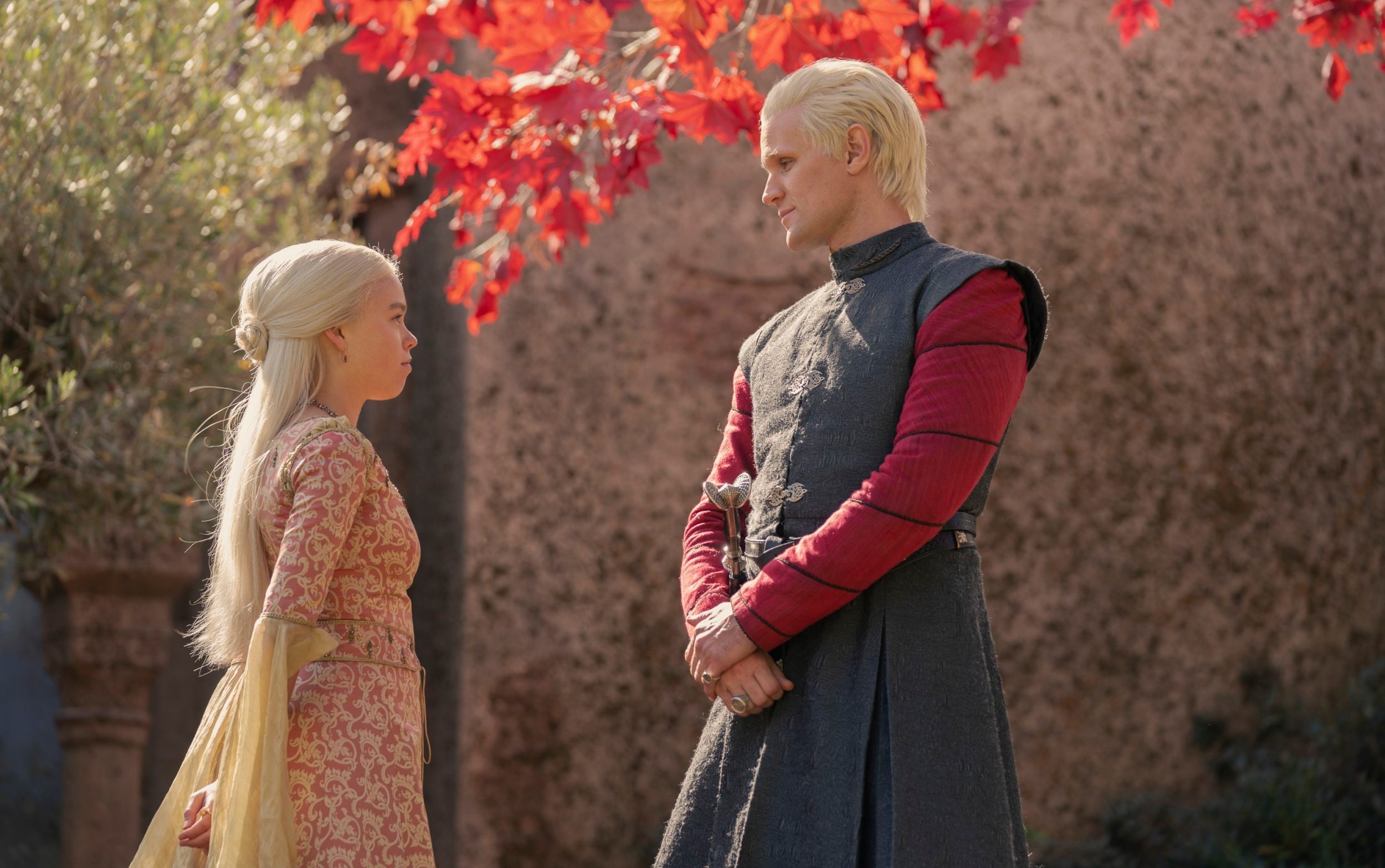 Fans of the show House of the Dragon episode 4 are advising fans not to let their parents watch a specific episode with them because it contains some really uncomfortable sexual content. Incest and copious amounts of sex were included in the fourth episode of the HBO blockbuster series House of the Dragon, which marked the show's transition to some of the more infamous elements found in Game of Thrones.

Those who watched the broadcast resorted to various forms of social media to voice their shock, fury, and other emotions. Not only were many people surprised by the parties involved, but they were also surprised by the age of the extremely young main character who was participating in the violent incidents.

House Of The Dragon Episode 4 Shocks Viewers With Steamy Scenes

Daemon Targaryen (Matt Smith) took his young niece Rhaenyra Targaryen (Milly Alcock) to King's Landing for a party without permission. Daemon gives the young girl a lot of alcohol and shows her the dirty side of the city, which ends with a trip to a brothel.

Rhaenyra sees all kinds of sexual activity in the pleasure house, but the most shocking thing is when her uncle gives her a passionate kiss. She lets him touch her, and he starts to take off her clothes.

Rhaenyra Targaryen (Milly Alcock) is seen with her uncle Daemon Targaryen in the fourth episode of HBO's "House of the Dragon" (Matt Smith). Many people who watched the show were sad that Daemon and Rhaenyra got so close in the episode. One Twitter user said,

"I know this is the game of thrones universe but that incest scene made me feel ill."

Another person said on Twitter that the show has "too much incest," which is "very unsettling."

Many people were reminded of the incestuous relationship between Jon Snow and Daenerys Targaryen on Game of Thrones. Jon Snow later found out that Daenerys was his aunt. Others brought up the fact that Jaime Lannister and his sister Cersei were often physically close to each other on Game of Thrones.

In the most recent episode of House of the Dragon, Daemon breaks up with Rhaenyra right after he starts taking her clothes off at the brothel, so it doesn't look like they did anything sexual. It's not clear why Daemon stopped, but he has had problems in the past with how well he did his job. But Rhaenyra goes back to the castle while she is still caught up in the moment and seduces her guard, Ser Criston Cole (Fabien Frankel).

Rhaenyra and Criston's sexual scene is very graphic, and many fans said they found it upsetting. Someone wrote,

(The show hasn't said how old Rhaenyra is when she seduces Criston, but she seems to be between 13 and 18 years old.) Someone else wrote on Twitter,

"How old is that actress? This feels [vomit emoji] #HOTD."

Alcock is 22 years old, just so you know. A lot of people on social media said that they liked the risqué parts of Episode 4, while others were just surprised by how much sex it had. One tweet said,

Not everything is made clear about why Daemon tried to seduce his niece. He says later that he plans to marry Rhaenyra, whom King Viserys chose as the heir to the Iron Throne. But it's not clear if he really thinks the king, who is his brother, would agree to this.

Viserys shows how he feels by beating Daemon and getting rid of him from King's Landing. The king, who doesn't know that Rhaenyra and Criston have slept together, also shows that he doesn't want a Daemon child as his grandchild by giving his daughter tea to end an unwanted pregnancy.

Many fans were quick to warn others about letting their kids watch Game of Thrones, since the show has a lot of sexually explicit scenes and now, House of the Dragon Episode 4. The drama series started on August 21, 2022, and King of the Narrow Sea is the fourth episode. On Sundays in the US and Mondays in the UK, you can watch House of the Dragon on Sky and NOW.