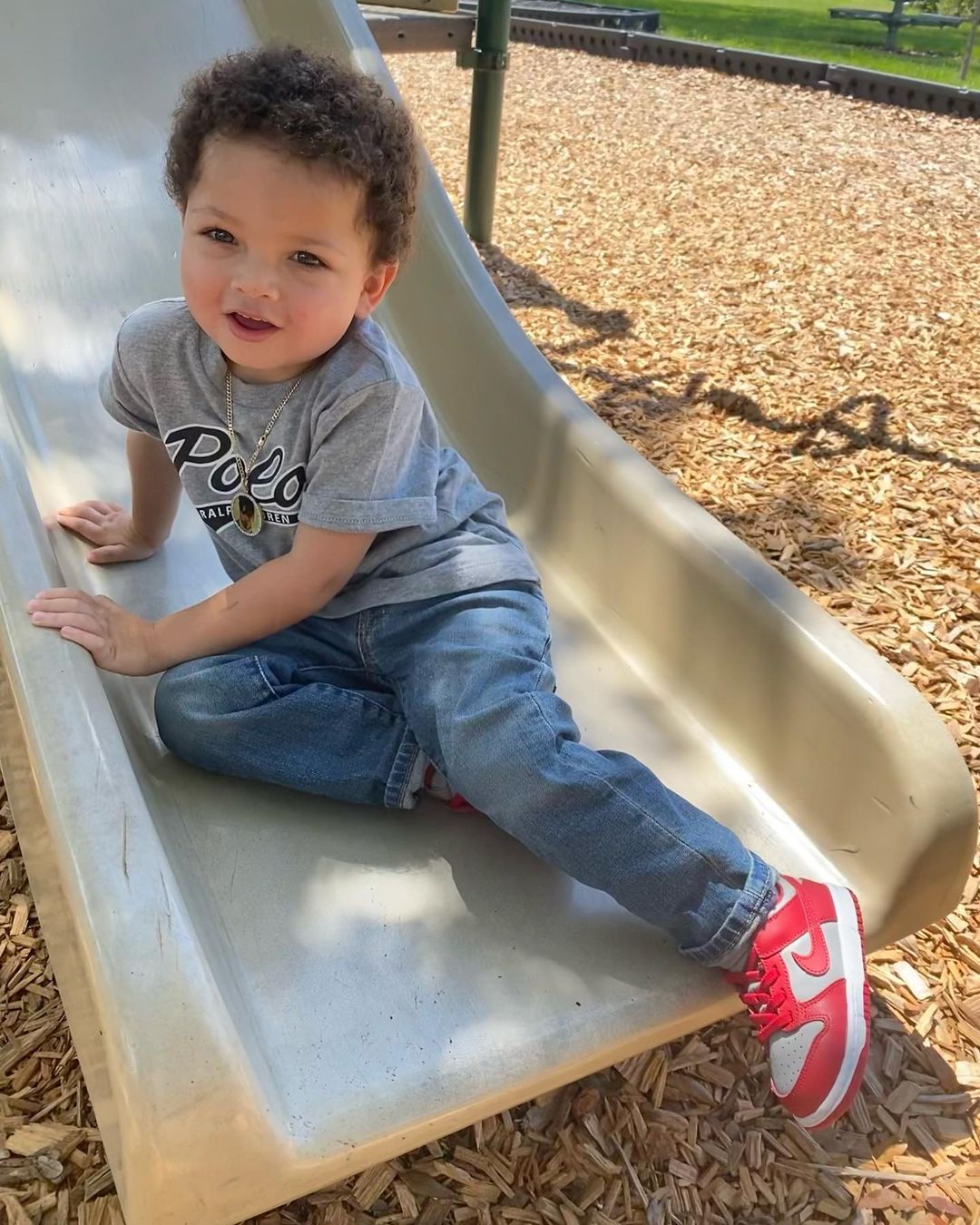 At two years old, what could have been the net worth of Gekyume Onfroy? The boy’s jobless (insert sarcastic laugh) and it seems his mother is not part of the labor force.

But, this lucky toddler happens to be the one and only child of a young multimillionaire music figure, who, unfortunately, already passed away at only 20.

As of this writing, Gekyume Onfroy could be worth millions of dollars, albeit, without a father to look up to. 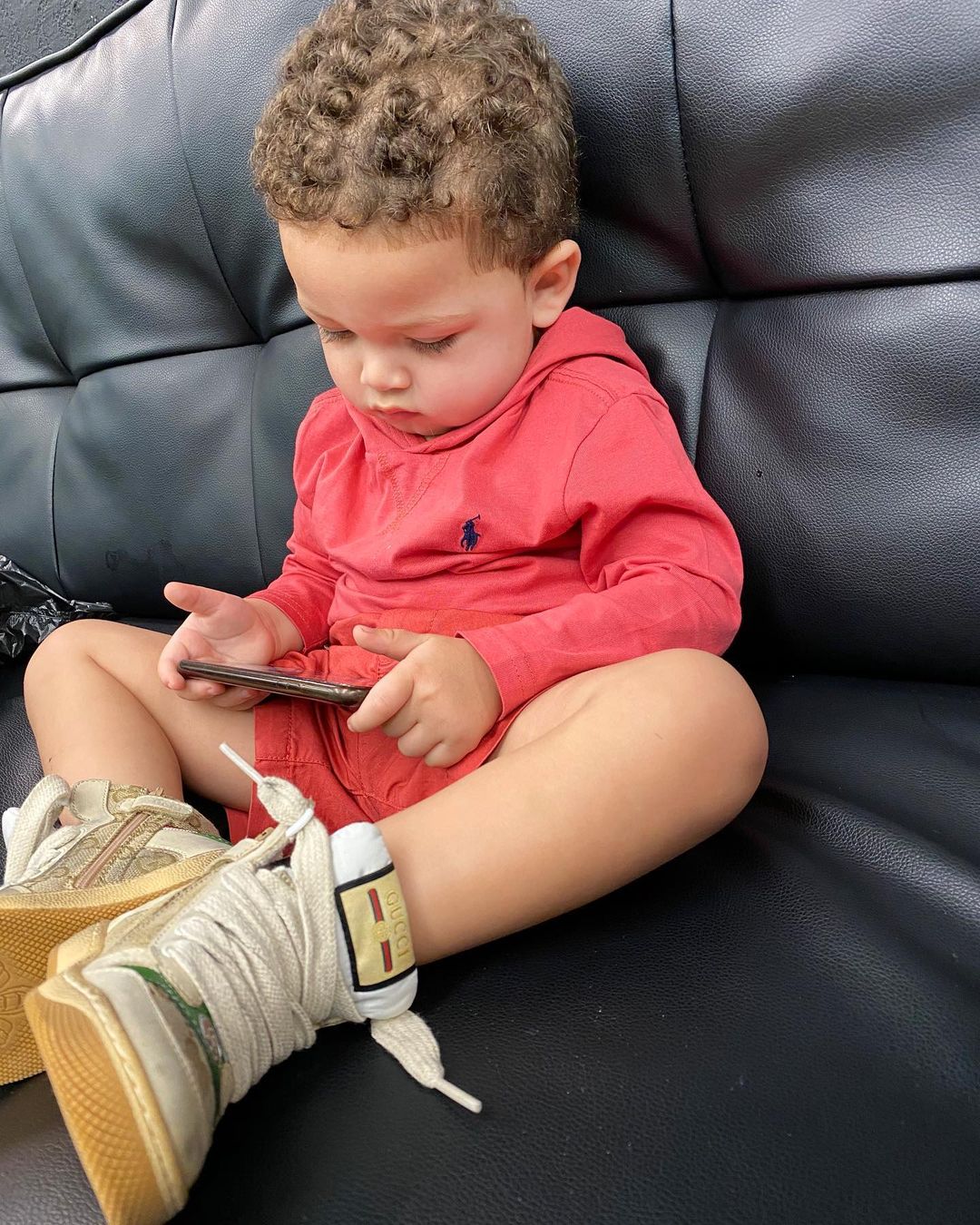 Various online sources claim that the net worth of Gekyume Onfroy would be somewhere between $1 million and $5 million.

Based on the Instagram stories of Jenesis Giselle Sanchez (@jenesisgiselle), she would frequently dress up her son in expensive apparel.

Designer labels include Burberry, Gucci, and Ralph Lauren. For other pricey brands: Adidas, Billionaire Boys Club (a clothing line by NIGO and Pharrell Williams), and Nike.

According to an online Gucci store, its children’s Screener sneaker sells for $510.

In his spare time, he rides on his $239.99-battery-powered Spider-Man Super Car. 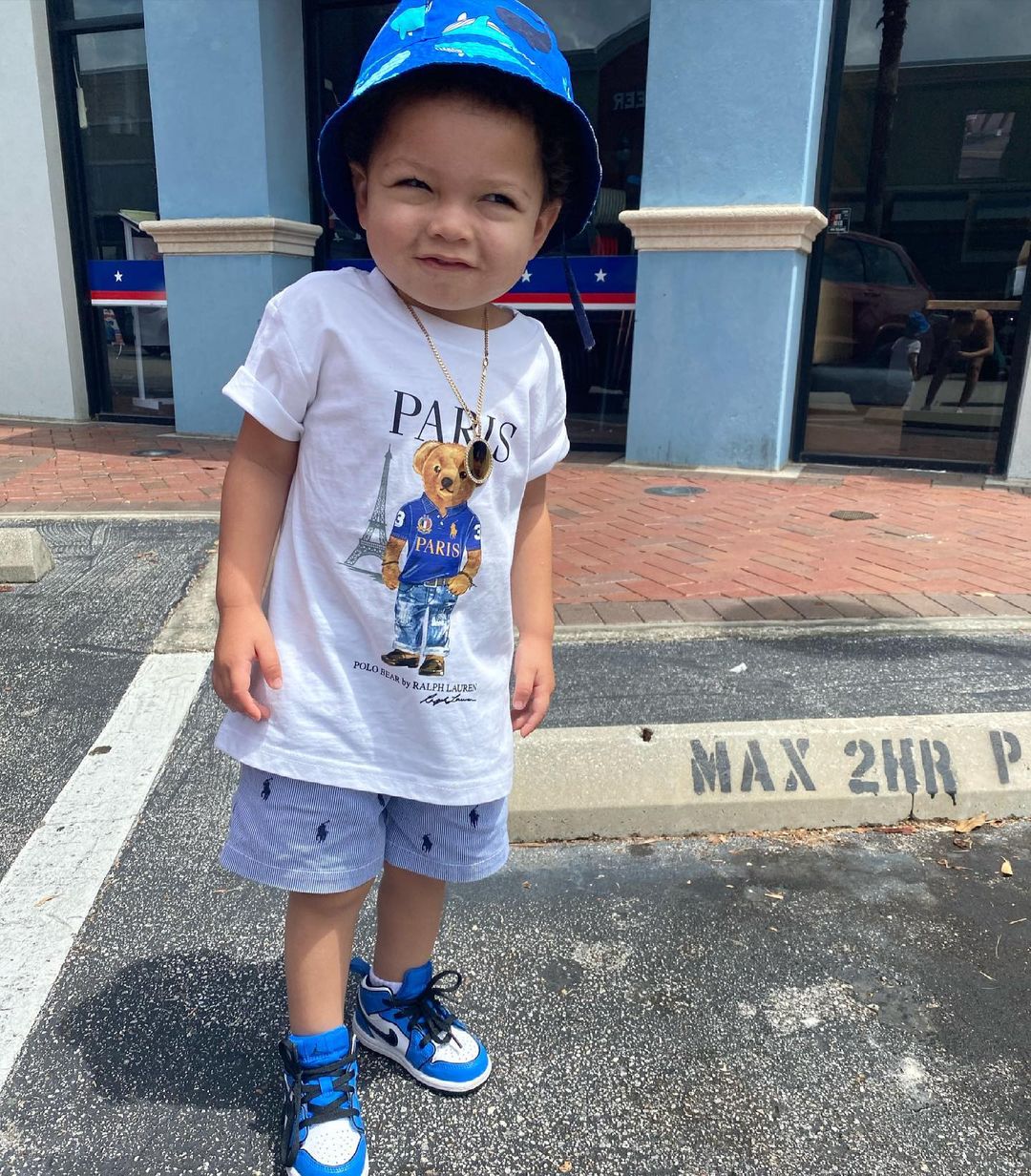 When Sanchez got pregnant, XXXTentacion gave her two names for their unborn child: Gekyume (GEK-yoom) for a boy and Xiorra for a girl, reported WPG Local 10.

On June 18, 2018, while leaving RIVA Motorsports in Deerfield Beach, Florida – a 15-minute drive from his Parkland mansion – XXXTentacion, 20, fell victim to armed robbery and died from gunshot wounds. 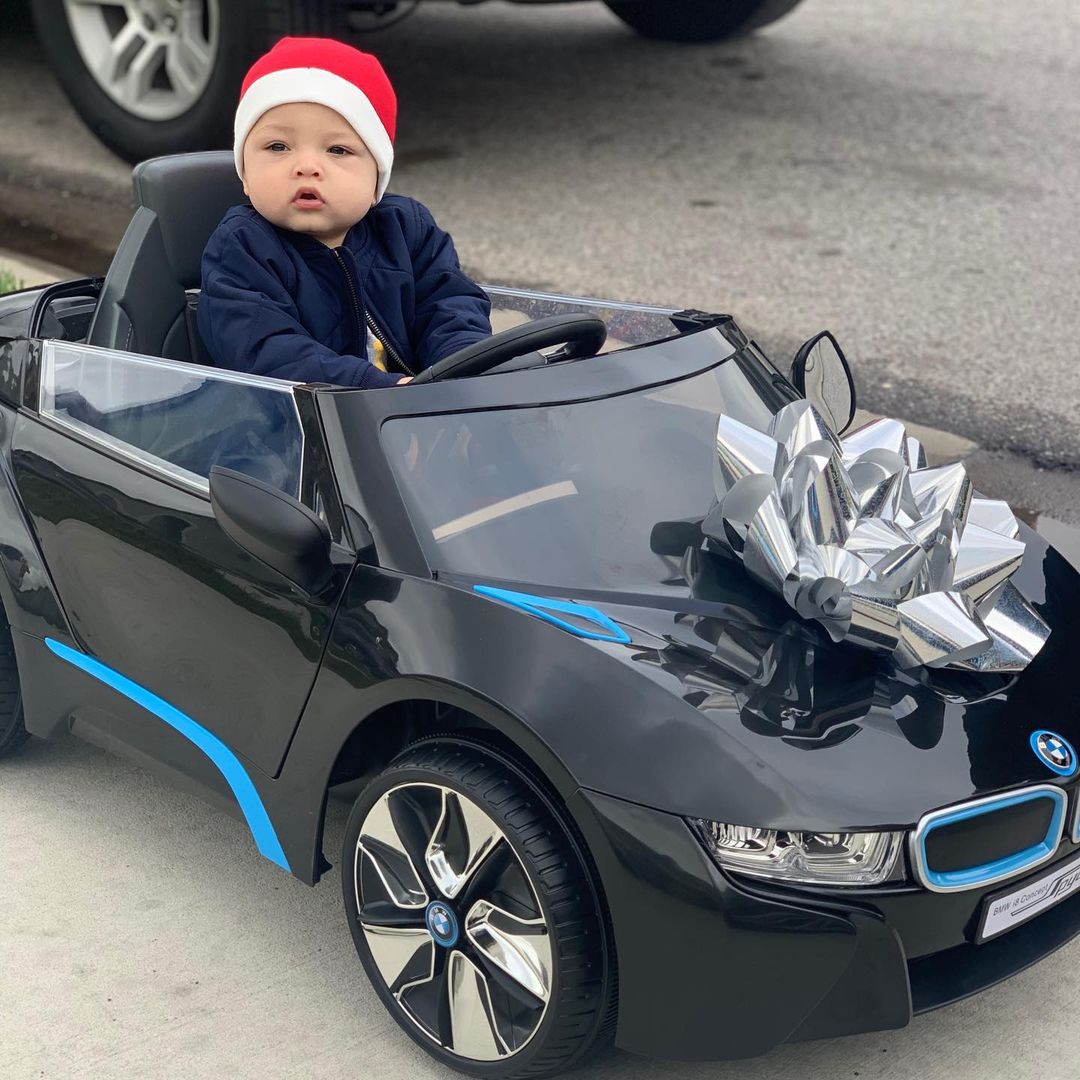 What Is XXXTentacion Net Worth Right Now?

Based on a 2020 TMZ report, XXXTentacion could be worth more than $50 million.

Before his death, he signed a contract with record label Empire for $10 million, according to Business Insider.

On Spotify, as of July 2, 2018, the total streaming for XXXTentacion’s ten most popular songs reached more than 2 billion, reported the Sun Sentinel.

A musician receives “anywhere between $0.006 and $0.0084” per stream, according to the Sun Sentinel, quoting the figures from tech website The Verge. If that’s the case, at just $0.006, that would be $12 million for XXXTentacion.

At one point, XXXTentacion gave his mother Cleopatra Bernard a huge diamond ring.

On her 38th birthday, Bernard received the Rolex Oyster Perpetual Day-Date 36 from her son. This Rolex comes in 18 carat yellow gold, with diamond-set bezel, a luxury strap for Rolex watches, and a diamond-set dial. One Amazon ad listed it for $41,856.

The 15,000 square-foot house has six bedrooms, nine bathrooms, a home theater, a billiard room, a swimming pool, and an indoor basketball court.

In November 2017, XXXTentacion acquired a 6,000-square-foot Parkland mansion for $1.4 million, according to the Daily Mail.

Sitting on “more than an acre of land,” it has four bedrooms, five bathrooms, a gym, and a swimming pool, with a hot tub.

Gekyume Onfroy lives there together with his mother Jenesis Sanchez. 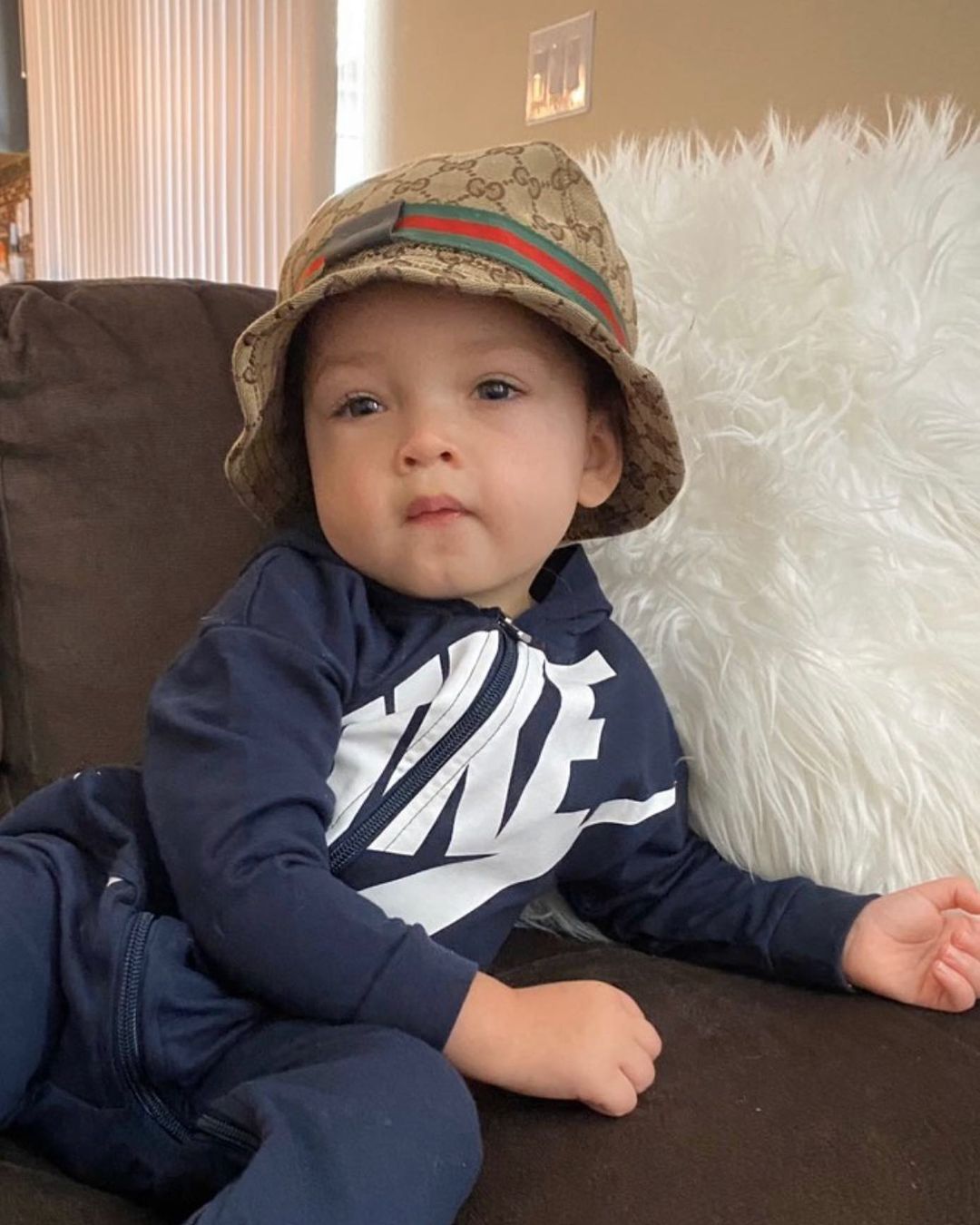 Who Did XXXTentacion Leave His Money To?

On November 17, 2017, an 11-page last will and testament signed by XXXTentacion was executed, according to The Blast.

In June 2018, XXXTentacion’s mother Cleopatra Bernard went to court to file the will. Bernard also requested the probate court to designate her administrator of her son’s will and estate.

Part of XXXTentacion’s will states that:

If any beneficiary hereunder is a minor, my Personal Representative may distribute such minor’s share . . . to any person . . . who has the care or control of such minor.

The “minor” is Gekyume Onfroy; the “Personal Representative,” Bernard; and the “any person,” Gekyume’s mother, Jenesis Sanchez.

It’s clear that Gekyume Onfroy is living in luxury together with his mom.

XXXTentacion and Sanchez were not in a relationship yet when the rapper made his will.

Fortunately for Gekyume Onfroy, his father considered the probability of siring a child when he drafted his last will and testament.