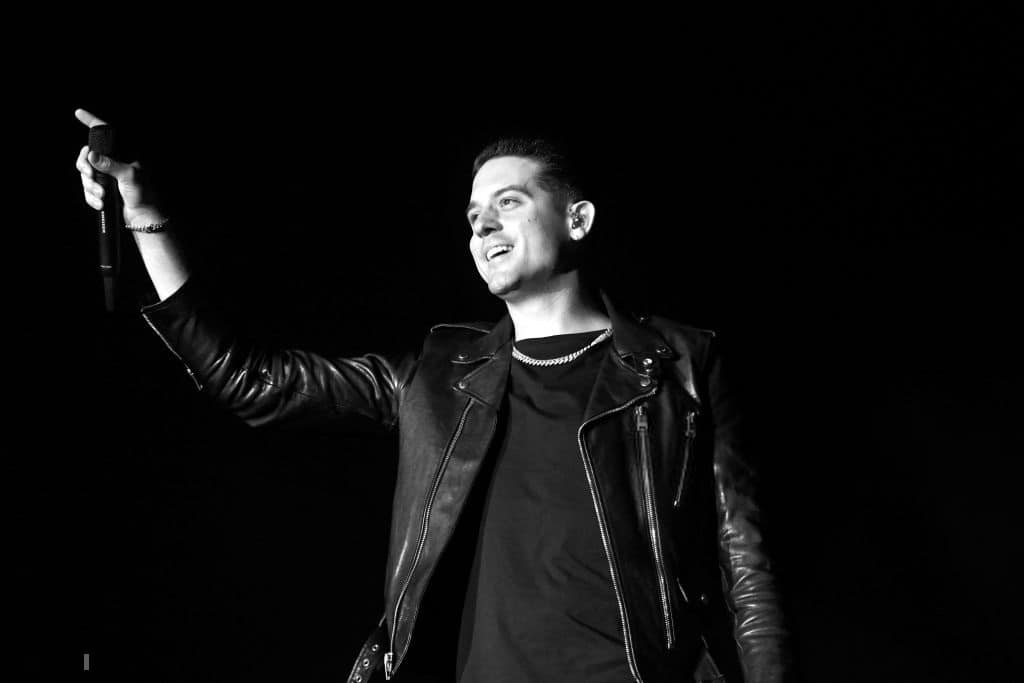 G-Eazy is one of those few individuals who have been silently creating a niche for themselves. It’s no wonder why people can only come up with some particular names when asked about the hip-hop genre.

In a way, G-Eazy is underrated for the lack of recognition he gets for the quality of music he has been dropping and producing. However, that does not necessarily mean he is totally off-the-grid. He has a massive following throughout the globe, with nearly 8.2 million followers on Instagram alone. According to the latest internet polls, He is also the 77th most famous Hip-Hop artist and 71 st most popular.

Yes, we know there is quite a significant percentage of people out there keen on learning everything about this charismatic rapper. Well, look no further, instead of wasting your time, resource, and data pack jumping from one page to another; here is everything you need and want to know about your favorite rapper.

G-Eazy ft. Cardi B: No Limit

His music carrier's earliest inspiration came when he met up with “The Pack” in his school. He started making beats and sold the mixtapes, and that's how his baby step into the music industry began. After finishing high school, he got into Loyola University, where he took up a Bachelor of Arts in Music and graduated in 2011.

By the G-Eazy graduated, he had already released some single tracks such as The Tripping Point, Quarantine, and The outsider. By the time he released his download-only LP (The Epidemic), he was already touring with some of the Hip-Hop industry's biggest names, such as Lil Wayne and Drake.

So, everyone has a story for their stage names and how it came about. However, there is really not much to tell about how Gerald became G-Eazy. He said the name was basically his real name initials (G and E) in his interviews. He used to go around using only his name initials (GE), and later the name transformed into G-Eazy when he had to come up with a rap name.

Before releasing his first official album, G-Eazy released a mixtape (The Endless Summer) featuring several songs in 2011. The most notable inclusion was the updated version of the classic song, the Runaround Sue. This song garnered over 4 million views on youtube, helping G-Eazy get some recognition before his album release.

The following year G-Eazy released his maiden album with the title “Must be Nice.” The album went on to achieve a No 3 spot on iTunes Hip-Hop chart and also made it to No 33spot on the Billboard Hip-Hop album chart that year. Banking on his maiden album's success, RCA Records picked him up, and G-Eazy released his second album (and first under the RCA label), “These Things Happen” in 2014. The album topped the Billboard chart for R&B/Hip-Hop in the United States and also featured in the No 3 spot on Billboard 200 as well.

His third album was released in 2015 with the title “When it’s Dark Out.” The album featured some of the most prominent Hip-Hop industry names, like Chris Brown, Big Sean, Keyshia Cole, E-40, and Bebe Rexha. The lead single track “Me Myself I” featuring Bebe Rexha peaked at No 7 on the Billboard Hot 100. The album was G-Eazy’s first to be certified Platinum in the US after it climbed to No 5 on the Billboard Chart. G-Eazy’s most recent album, “The Beautiful Damned,” was released in 2017. He released three singles, most notably “Him & I” with Hasley before this album. This was G-Eazy’s second album to receive platinum certification from RIAA. In its first week, the album obtained the Top 3 spot on the US Billboard 200, making it his third album to achieve the top ten spot.

G-Eazy is set to be working on his next project, which will be released very soon as per the latest updates and teases he put upon his various social media handles. He claims it's the best album he has ever worked on and is also collaborating with Lil Wayne, one of his Hip-Hop idols.

G-Eazy had a relatively humble beginning when he started his hip-hop carer, unlike some wild one-night (no pun intended!) millionaire dream story. Banking on his latest album's success, which was two years ago (2017), the rap star currently has a total net worth of about $10 million this year 2022.

Well, we would have to wait for G-Eazy to release his latest masterpiece in the form of another top charter album to get our hands on the latest songs. But, he is releasing some singles and has also featured in other artists' tracks as well.

G-Eazy is active on almost all the major social media platforms, including Instagram, Twitter, and Youtube (maybe on Whattsapp too, but we can’t get hold of his number). G-Eazy has his official Youtube channel with the same name. The channel was started in 2009 when he was releasing mixtapes. Now (2019), the channel has gained over 7.8 million subscribers and has garnered more than 4 billion views.

All his latest and official song videos and audios get posted here. In addition to that, G-Eazy also shares some of the backstage videos, touring mini-series videos, interviews, and teasers for all the latest and upcoming albums or tracks.

G-Eazy has his official Instagram account with over 8.7 million followers. He keeps the fans posted about the latest developments (tours, concerts, tracks), some nostalgic throwback pictures, and others are just the usual things that people post on Instagram.

G-Eazy also has his official Twitter account. He currently has over 3.4 million followers and has over 31k tweets and 7.9k likes. All his official releases and announcements are made here too.

Apart from the unique and fresh music elements, if anything stands out about G-Eazy, it is his distinct haircut. In fact, his neat and sharp classic slick back hairstyle with a greaser's hair has become quite synonymous with his brand name. He is probably one of the only Hip-Hop artists that actually look decent (with their haircut.

The rapper owns a whopping $1.75 million house in a Hollywood villa. He bought this magnificent 5 bath and 4 bedrooms Tuscan villa back in 2017. The house rest over a stretch of 3,642-square-feet and was originally built in 1979.

After the fairytale romance between G-Eazy and Halsey met its tragic end, the rapper is currently dating Victoria's Secret Model Yasmin Wijnaldum.

Over the years, G-Eazy has got some tiny tattoos, mostly on his arms. There aren’t any giant-sized tattoos to proudly show them off, but some of the subtle tattoos act as a souvenir, while others as a tribute.

Some of the most significant tattoos are of a heart shape with the word “Mom” written inside them. This is probably in remembrance of his mom's hardships after his dad left them when he was just a child.

There is also a tattoo of a woman on his left arm, which was widely speculated to be Halsey when they were going out. G-Eazy, however, never confirmed if it was really her.

There are two small tattoos of an angel and a devil on his left and right arm, respectively, drawn by his ex-girlfriend Halsey.

Other tattoos include a skull with B&D scribed inside, a wolf, a bat, Virgin Mary, a comedy and tragedy theatre mask with the sentence Life is Grand written above it, and a peculiar tattoo of a man (?) holding a balloon and a money bag on each side.