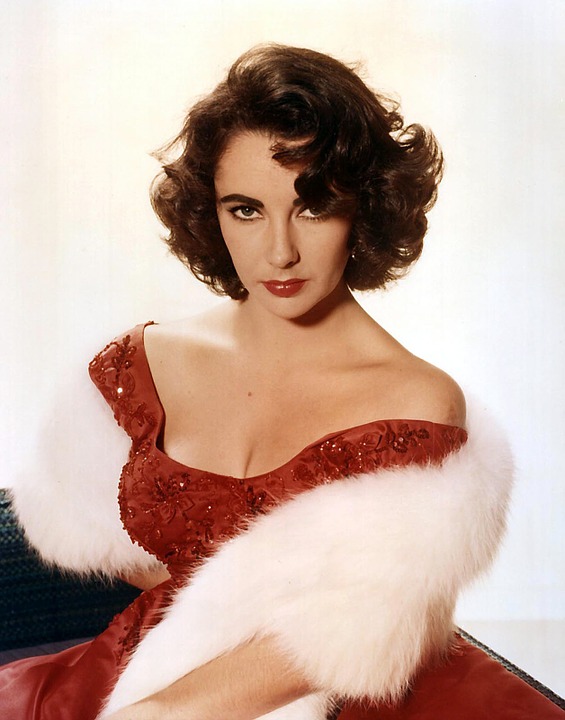 She had five Oscar nominations and two Best Actress victories over her six-decade career.

She negotiated the first $1 million deal for an actor for her role in Cleopatra because she had an instinctual understanding of her own worth.

She was also the first female social entrepreneur and the first celebrity to create a successful fragrance line.

We're going to look at the life and legacy of Elizabeth Taylor, who had such a successful career.

Elizabeth Rosemond Taylor was born in London, England, on February 27, 1932. Taylor, one of Hollywood's most well-known actresses, has carved out a career spanning more than six decades.

Taylor's parents, both art dealers from the United States, were living in London when she was born.

The Taylors returned to the United States shortly after World War II broke out and settled into their new life in Los Angeles.

Until she married, her mother worked as an actress. Taylor began dancing at the age of three and finally performed for Princesses Elizabeth and Margaret in a performance.

A family friend advised that the Taylors' daughter undergo a screen test not long after they moved to California.

Elizabeth's father built an art gallery when the Taylor family moved to Los Angeles, and it quickly became a favorite among film industry insiders.

She was spotted here and made her cinematic debut in 1942's "There's One Born Every Minute" at the age of ten.

Taylor secured a deal with MGM in 1943 and went on to make numerous more pictures over the next few years.

Howard Hughes (who was 44 at the time) used his lawyer to try to bribe Taylor's mother with $1 million to marry her when she was 16 or 17, which Taylor apparently found amusing.

Taylor's breakthrough part, however, came in 1944 with National Velvet, for which she worked for four months.

The film went on to become a major smash, grossing more than $4 million and propelling the 12-year-old actress to stardom.

In the glare of the Hollywood limelight, the young actress shown that she was more than capable of navigating the treacherous terrain of notoriety.

Even more amazing was Taylor's ability to seamlessly move from child to adult roles, unlike so many other child stars before and after her. 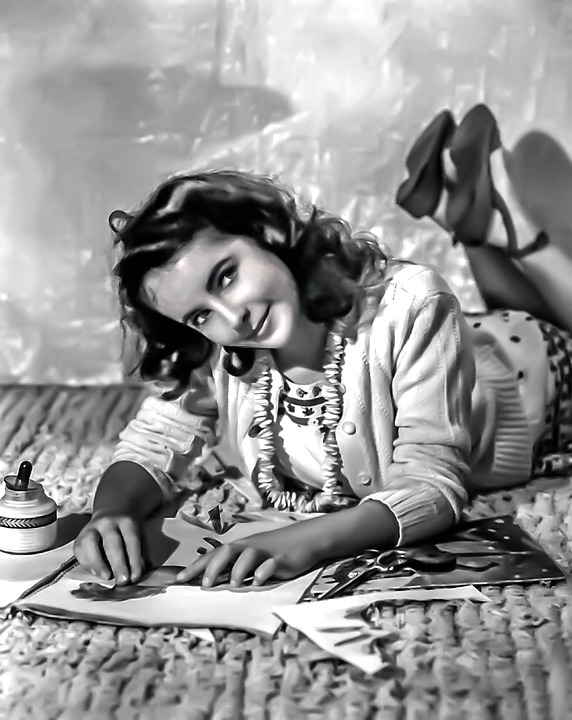 She starred alongside Spencer Tracy in Father of the Bride when she was only 18 years old (1950).

In 1954, Taylor debuted as an actress in three films: The Last Time I Saw Paris, Rhapsody, and Elephant Walk, in which she played the wife of a plantation owner who falls in love with the farm's manager.

Her personal life simply added to her film's popularity. Taylor dated rich Howard Hughes for a period before marrying hotel heir Nicky Hilton when she was 17 years old.

The union didn't exist long, and it was broken apart in 1952. Taylor continued to excel as an actor as her love life made international news.

Then had a powerful performance in the drama A Place in the Sun, and she raised the stakes even higher in 1956 with Giant, a film version of the Edna Ferber novel in which she co-starred with James Dean.

Taylor married Mike Todd, a 23-year-old film producer, in Mexico in 1957. Liza, their daughter, was also delivered through C-section.

Todd died in an aircraft disaster in 1958, only a year after their wedding, while flying his private jet, "The Lucky Liz."

Taylor converted to Judaism after Todd's death as a means of commemorating her late husband, who was Jewish.

Taylor won her first Academy Award for Best Actress in 1961 for her role in the film "Butterfield 8," in which she co-starred with her husband, Eddie Fisher. S

She playfully requested $1 million for the job, which 20th Century Fox agreed to, making her the highest-paid actress in Hollywood history at the time.

The production was transferred to Rome and the major male performers were replaced, with Rex Harrison and Richard Burton playing Julius Caesar and Mark Antony, respectively, when Taylor suffered a series of illnesses, delaying the start of "Cleopatra."

Burton and Taylor fell in love almost instantly, despite the fact that they were both married at the time of filming.

Their romance sparked worldwide outrage and eventually led to both of them divorcing their prior husbands in order to marry one other in 1964.

Taylor has been through a lot of health concerns during his life.

She had a stroke in 1997, which led to the surgical removal of a brain tumor, and she had radiotherapy for skin cancer in 2002, as well as spinal surgery in 2004 to cure seven compression fractures in her spine.

Taylor died at the age of 79, seven years after being diagnosed with congestive heart failure. 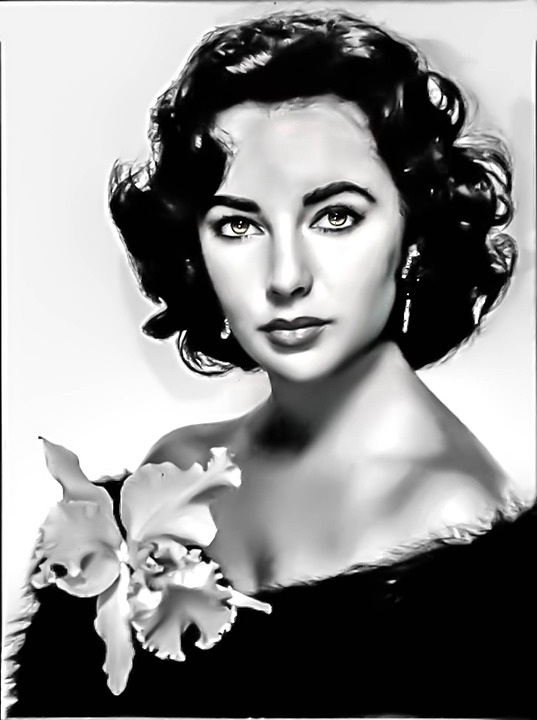 Elizabeth Taylor Black and White Portrait in her adult years

In 1985, Elizabeth Taylor co-founded amfAR as a way for researchers to develop therapies and eventually a cure for AIDS. She sought to develop practical methods to care for and nurture those living with HIV as HIV-positive persons began to enjoy longer lives.

She realized the value of access to medical treatment, housing, healthy food, and support as a strategy to battle sickness since she had had numerous personal physical challenges during her life. Ms Taylor started ETAF in 1991.

She financed HIV prevention programs such as sex education, needle exchange, and condom availability through ETAF. She pushed the issue forward, no matter how controversial it was in the public eye.

Ms Taylor was a vigorous fighter for these and other problems in Washington, DC, and on the world political scene, particularly human rights for HIV-positive persons. Elizabeth Taylor was the president of ETAF until her death in 2011.

ETAF is a non-profit organization founded by Elizabeth Taylor in 1991 to promote awareness and funding for AIDS research and to provide aid to HIV-positive persons.

They now assist AIDS groups in the United States and across the world (to date, 33 countries) that offer direct care and services to individuals as well as HIV prevention education. So far, ETAF has contributed more than US$ 15 million in funding.

Elizabeth Taylor made preparations for her inheritance to fund all of ETAF's operational expenditures before she died.

This means that 100 percent of every dollar donated to our charity goes directly to caring for HIV-positive patients and financing HIV preventive programs.

Ms Taylor also stipulated that ETAF receives 25% of any likeness and image revenues from her inheritance.

The Elizabeth Taylor AIDS Foundation | Towards an AIDS Free World

What Happened To Elizabeth Taylor?

On March 23, 2011, she died of congestive heart failure. She was 79 years old at the time. Elizabeth Taylor's net worth was estimated to be between $600 million and $1 billion at the time of her death.

Who Got Elizabeth Taylor Money?

Her personal collection sold for about £145 million at Christie's auction in 2011, the year she died. The actress had four children and ten grandkids from her marriages. Her trust is thought to have distributed the majority of her assets among her children, grandkids, and other organizations.

Was Elizabeth Taylor A Friend Of Michael Jackson?

Elizabeth Taylor and Michael Jackson enjoyed a long connection that spanned the last two decades of their lives. The legendary actor previously described the pop singer as "like family."

Her legacy lives on, and she will be remembered for a successful acting career and philanthropic work that has benefited thousands of people.