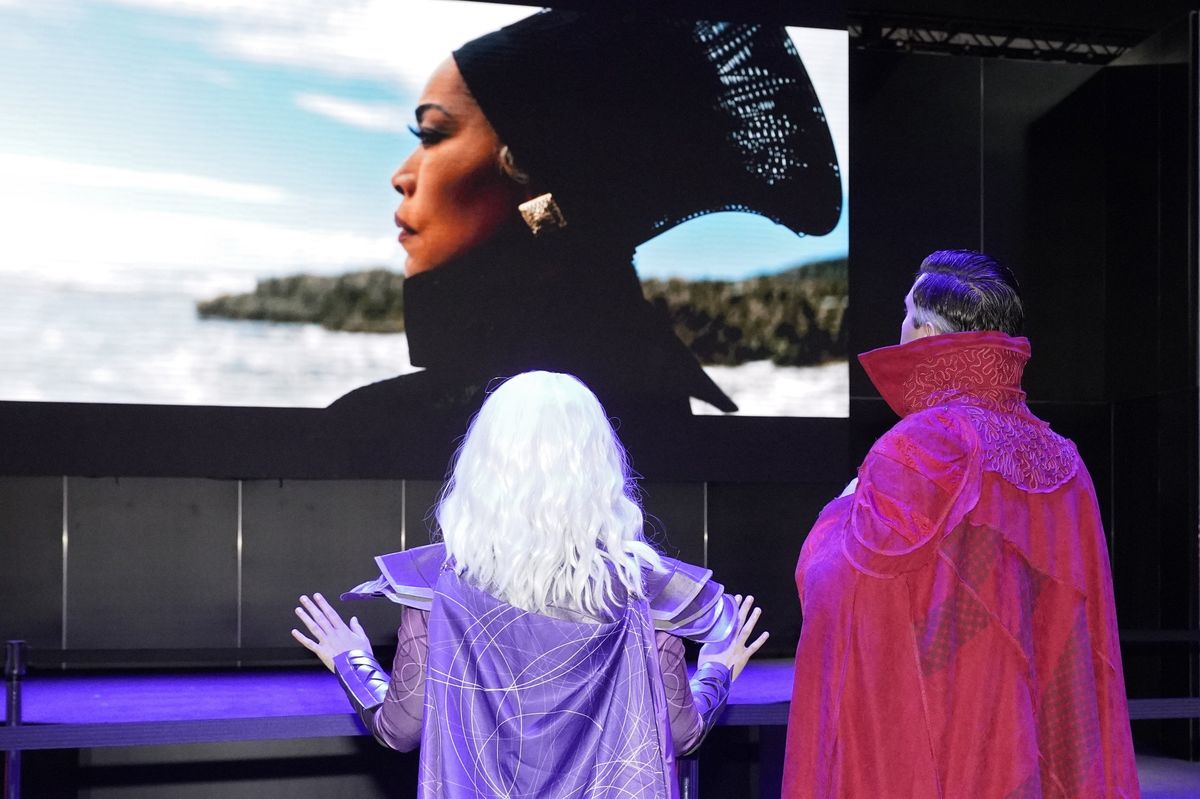 On Saturday, the Disney expo teases Indiana Jones and Black Panther and an emotional Harrison Ford showed up with a new trailer for the fifth Indiana Jones movie. Cast members from "Black Panther: Wakanda Forever" showed footage from their upcoming sequel, and trailers and details about "Star Wars" TV shows were also shown.

Ford, co-star Phoebe Waller-Bridge, and director James Mangold got a standing ovation after the trailer was shown at a presentation by Disney's Marvel, Lucasfilm, and 20th Century Studios at the festival at the Anaheim Convention Center, which is right next to Disneyland.

The usually stoic Ford said, choking up at times, and he said, pointing to Waller-Bridge.

“Thank you for making these films such an incredible experience for all of us. I’m very proud to say that this one is fantastic. This is one of the reasons,"

Ford, who is 80 years old, said that this would be the last time he played one of the two characters that made him famous. He said

“This is it, I will not fall down for you again.”

Waller-Bridge, who is 37 years old, said that Ford didn't seem to be slowing down.

“I had the time of my life making this movie, and keeping up with this guy is exhausting."

In the trailer, Waller-Bridge is with Ford as he cracks the whip in front of a group of heavily armed thugs. The movie, which hasn't been given a name yet, will come out on June 30, 2023. It also has Mads Mikkelsen, Toby Jones, and Antonio Banderas in it, and it's the first movie in the series that Steven Spielberg didn't direct.

Angela Bassett and Winston Duke were among the actors who talked about Black Panther: Wakanda Forever. The movie comes out on November 11. The scene shows a group trying to steal some of the valuable substance vibranium from the country of Wakanda and a group of Wakandans beating them back.

It wasn't clear how the movie would deal with the fact that Chadwick Boseman, who played the title character in the first movie, died of prostate cancer in 2020. But the footage showed that his character T'Challa had died and hinted that his sister Shuri, played by Letitia Wright, might be the next Black Panther. Bassett said,

“We had to meet his level of excellence, and we did.”

Neither the Indiana Jones trailer nor the Black Panther footage was shown outside of the convention hall. Marvel also revealed who will be in the next two movies in its cinematic universe, Captain America: The New World Order and Thunderbolts, which are both parts of Phase 5.

Anthony Mackie will play Captain America in the movie coming out in May 2024, just like he did at the end of the TV series The Falcon and the Winter Soldier. Tim Blake Nelson will play the main bad guy in the movie, called the Leader. Along with Mackie, Danny Ramirez and Shira Haas will play heroes.

Thunderbolts is a team of antiheroes from Marvel. Florence Pugh, who plays Yelena Belova, Sebastian Stan, who plays the Winter Soldier, and David Harbour, who plays Red Guardian, will all play their roles again. The film is set to come out in July 2024. Wyatt Russell and Julia Louis Dreyfus will also be in it.

Pedro Pascal and the rest of the cast of The Mandalorian released a trailer and new information about the show's third season. Diego Luna did the same for the upcoming show Andor, which shows that Lucasfilm and the Star Wars universe are expanding their presence on TV even though there are no big screens in sight. In the trailer for the new season, Pascal's main character is told,

“You are a Mandalorian no more.”

This is because he took off his helmet and showed his face. The trailer shows the Mandalorian and his helper Grogu, who looks like a baby Yoda, flying through space. It also hints that Battlestar Galactica star Katee Sackhoff and her character Bo-Katan Kryze, who first showed up in season two, will have a bigger part to play.

Carl Weathers and Giancarlo will both play the same roles again, and Christopher Lloyd, who was in Back to the Future, will join the cast. The first episode will air in February.

In a different Lucasfilm universe, a trailer for the upcoming TV show Willow, which is based on the 1988 fantasy film by Ron Howard, was shown. It was said that Christian Slater would be in the cast, and he showed up live to talk about it. Slater said,

“I love the fantasy, the sci-fi, just getting to be a part of this show was, I will be honest with you, an absolute dream come true. This was a very fun character.”

The only thing that was said about the character was that he or she was a friend of the rogue adventurer Madmartigan, who was played by Val Kilmer. In the trailer, Warwick Davis, who played Willow in the first movie, leads a group of teen adventurers in cloaks on a magical mission. This is reminiscent of Lord of the Rings. On Disney+, you can watch all of the shows.

Disney is in charge of a lot of big entertainment franchises, like Marvel and Star Wars, so this year's Disney expo was a big event and tease big reveals. Several other symbols on the poster, like the Star Wars Resistance symbol and the Monsters, Inc. logo, hint that there could be more surprises than just what might be shown from Indiana Jones 5. Disney fans don't have long to wait anymore.