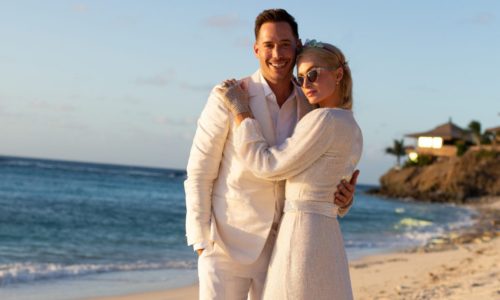 Carter Milliken Reum was born on February 5, 1981, in New York City. His father, Robert Reum, was the chairman, president, and chief executive officer of Amsted Industries, a Chicago-based company. Forbes named it one of the largest private corporations in the United States. Reum, his brother Courtney, and sister Halle, who is married to Oliver Hammond, an Annenberg descendent, all graduated from Columbia University's Columbia College in 2003. Reum is a member of the Zeta Beta Tau Fraternity's Delta Chapter, which he joined at Columbia University.

After becoming tired of his drinking experience, Carter Reum co-founded the premium spirits brand VEEV at the age of 25. VEEV Spirits was the first acai-based liquor as well as the first to be produced in a large-scale plant. Luxco, a beverage manufacturer, finally bought the firm in 2016.

Following that, Reum and his brother established M13, an investment business. It was soon revealed that they were pooling $100 million in funding to invest in a number of firms. The company's name is derived from "Messier 13", the galaxy's brightest star cluster, so named because the gathering of stars glows brighter than the sum of all the individual stars.

Carter Reum co-authored the book "Shortcut Your Startup: Ten Ways to Speed Up Entrepreneurial Success" with his brother Courtney in 2018. In the book, they discuss their professional triumphs and offer advice to entrepreneurs on how to succeed. They also discuss the lessons they've learned from investing in startups like Lyft, SpaceX, Pinterest, and Warby Parker throughout the years.

The book was dedicated to Carter and Courtney Reum's father, W. Robert Reum, who died while they were still writing it. Arianna Huffington, a well-known author, journalist, and co-founder of the Huffington Post has commended the book. Tony Robbins, a well-known American author and life coach, has also praised the book, saying that it reveals many of the strategies businesses use to grow, disrupt, and thrive.

Carter Reum contributes to the Huffington Post and Inc. Magazine, among other publications. He has also been on TV networks such as FOX and CBS as a guest. He'd also been on "Hatched," a business reality competition show. 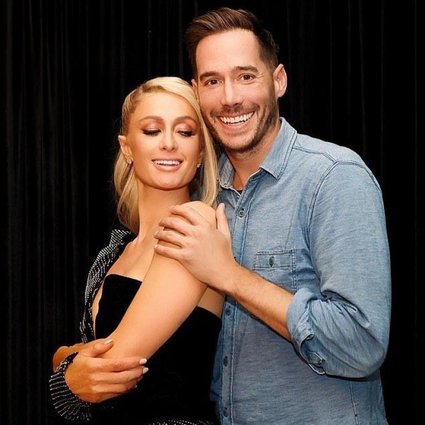 Carter Milliken reum wearing a blue polo, his hands are on Paris Hilton's shoulders who is wearing a black dress

Carter's father, Robert Reum, was a businessman. His mother's name is Sherry Reum. She is a housewife. Carter's father was chairman and president of Amsted Industries in Chicago until 2001 when he became CEO. Robert died of cancer in 2017 at the age of 74 at Northwestern Memorial Hospital in Chicago.

He graduated from Glenbard South High School in Glenbard, Illinois, according to his Facebook page. He attended Elgin Academy from 1990 to 1995, according to his LinkedIn page. He began studying business and managerial economics at Columbia University in New York City in 1999 and finished in 2003 with a bachelor's degree. He also visited Harvard Business School on May 19, 2009, to analyze a case.

Carter Reum has also worked as an actor and producer on films such as Paris in Love (2021) and Hatched (2015). Reum has appeared as a guest and analyst on a number of networks, including CBS and Fox, and has appeared in episodes of the television series Hatched.

As an actor and producer, he has appeared in a number of movies and TV shows, including Paris in Love (2021), Hatched (2015), and The LA La Ride (Documentary). As a contributor, he writes for Huffington Post and Inc. One of his co-founders is M13, an investment firm.

Reum is a successful businessman with a great mind. He began dating Paris Hilton, a gorgeous American media personality, socialite, businesswoman, model, singer, DJ, and actor, around the end of 2019. Hilton is the great-granddaughter of Conrad Hilton, the founder of Hilton Hotels. Unfortunately, there is no information on the couple's first meeting.

Reum proposed to Paris on February 17, 2021, and they were married the next day. On November 11, 2021, they exchanged vows in front of all of their relatives, friends, and family members (Thursday). The event was held in Los Angeles at the Bel Air home.

Reum and his older brother, Courtney, started a business that is now worth more than $40 million. The brothers were early investors in the security company Ring, as well as the shoe company Rothy's and the social media platform Snapchat. According to Forbes, their late father, Bob, was the former chairman, president, and CEO of Chicago-based Amsted Industries, which is worth $4 billion and is one of the country's top firms.

Is This Carter Reum First Marriage?

How Did Paris And Carter Reum Meet?

Hilton and Reum started dating in 2019 after meeting through mutual acquaintances. In a video, she mentioned "My boyfriend and I have been together since our first date, and he planned a special trip to a tropical paradise for my birthday." Carter escorted Paris to a flower-draped cabana and fell to one knee as they strolled along the beach to supper.

There's no doubt in my mind that Carter Milliken Reum's career will flourish in the future. Hopefully, He will be more successful in both his personal and career life in the future.