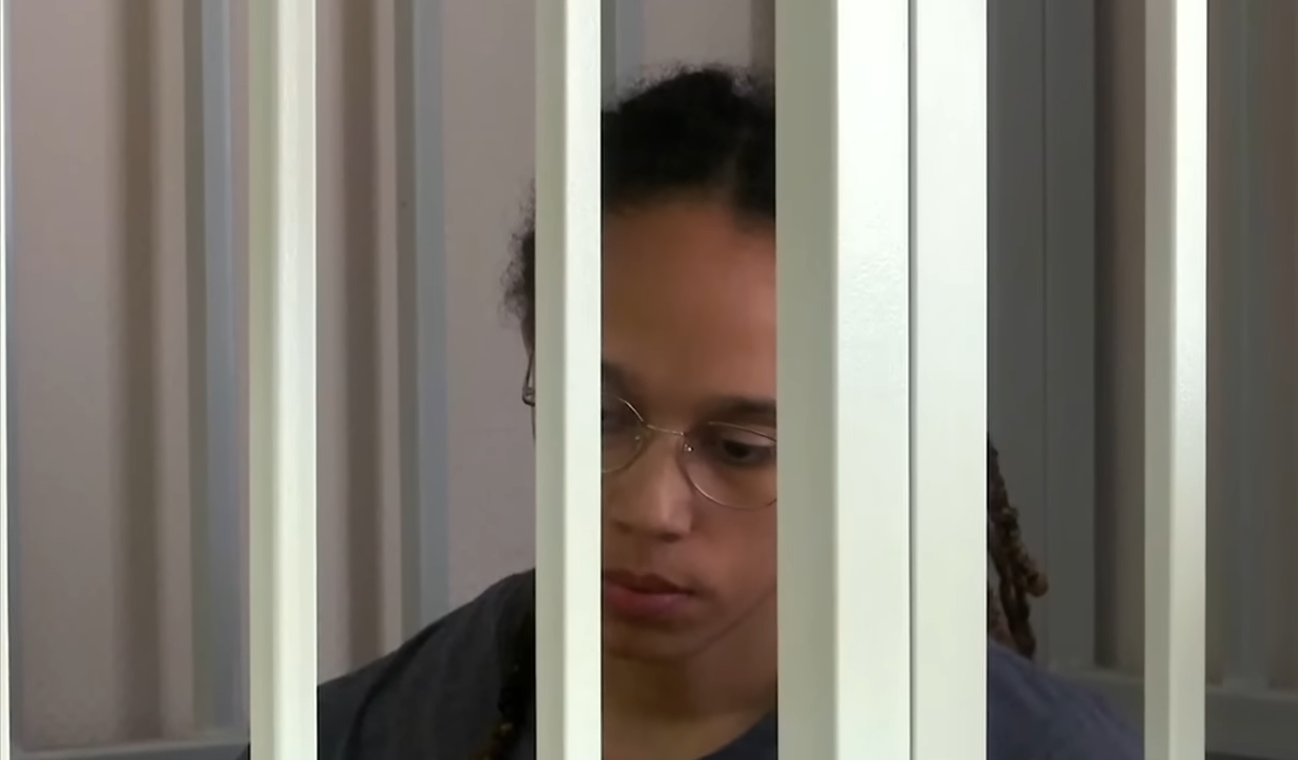 U.S. President Joe Biden together with other supporters call the attention of Russia for the release of Brittney Griner.

The 31-year-old basketball player was sentenced to a nine-year imprisonment by a Russian court on August 4 for illegal drug smuggling.

She violated Article 229.1 of the Criminal Code of Russia.

When she flew to Russia in February, she brought with her two vape cartridges.

Russia designates cannabis as illegal for whatever purpose.

Airport personnel at the Sheremetyevo A.S. Pushkin International Airport in Khimki near Moscow saw them inside her luggage.

This incident led to the arrest and detention of Brittney Griner.

Her jail term could have been ten years, the maximum sentence the Russian laws impose for the said offense.

Or nine and a half years, if the prosecutors had their way.

As Nikolay Vlasenko from the prosecuting team said during the trial’s closing arguments on Thursday at the Khimki District Court:

I ask the court to find Griner guilty and sentence her to nine years and six months in prison.

The judge also approved the request of the prosecutors to fine Griner with 1 million rubles (about $16,522).

What does the future hold for one of the esteemed players of the U.S. Women’s National Basketball Association (WNBA)?

How can the Biden administration help Brittney Griner obtain freedom?

Given her basketball skills, the instance of getting Brittney Griner benched must be few and far between.

Imprisonment will stall her career.

She landed at Sheremetyevo on February 17.

Upon luggage inspection, personnel found a couple of vape cartridges.

Griner’s purpose of visiting Russia, that is, to play for Yekaterinburg’s UMMC Ekaterinburg, was never realized.

During off-seasons, basketball players tend to work on the side abroad, where the pay is typically better.

In Russia, renowned American players can get paid up to four times bigger than what they receive back home, according to an AP report republished by Sportsnet.

The likes of Brittney Griner could earn more than a million dollars playing for a Russian team. 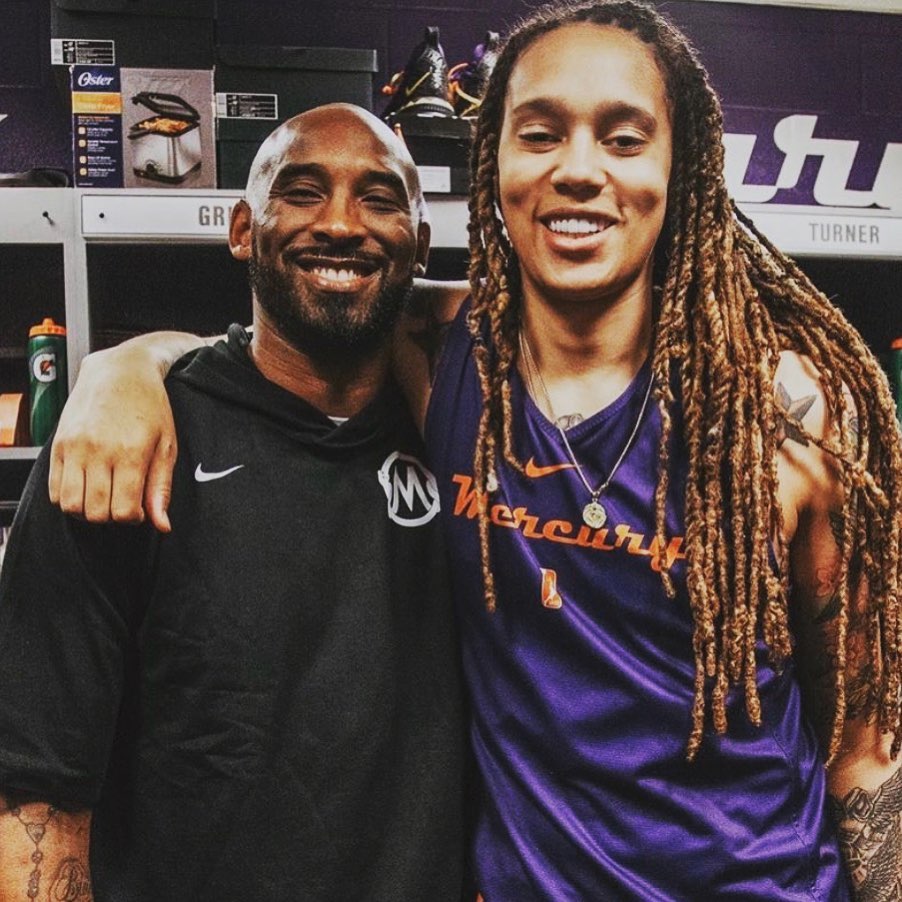 Kobe Bryant and Brittney Griner, in her Phoenix Mercury jersey, put their arms on each other

From Playing Court To Courtroom

The official trial of Brittney Griner started on July 1. The last trial took place on August 4.

After the closing arguments of the prosecution and the defense teams, Griner said:

I did not conspire or plan to commit this crime.

She added that the vape cartridges were “accidentally” included in her luggage and would “take responsibility” for such.

However, Griner told the court:

On July 1, Elizabeth Rood, the Deputy Chief of Mission at the U.S. Embassy in Moscow, told reporters gathered outside the courthouse:

He said in a statement released by the White House on August 4 that “Russia is wrongfully detaining” Griner. 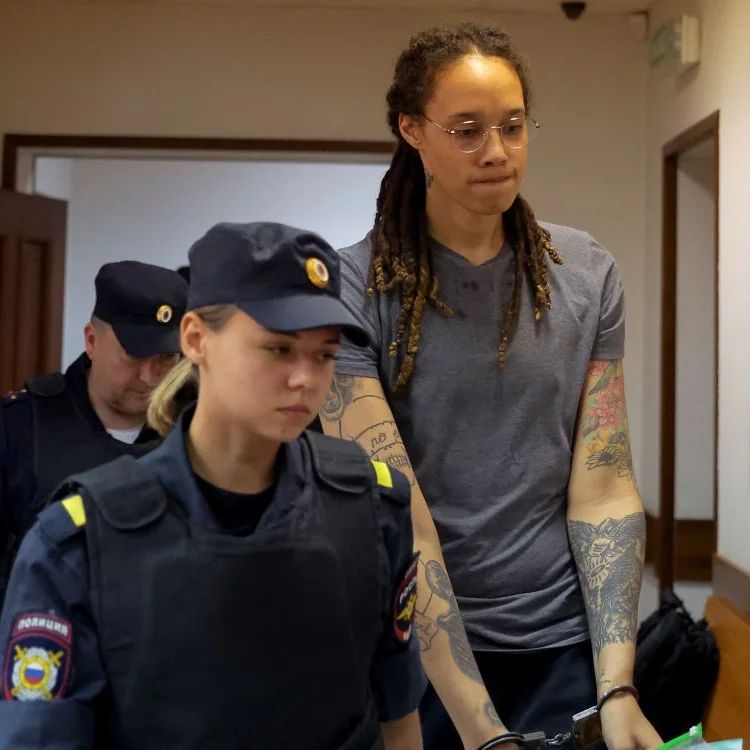 The U.S. government has been doing its part since Brittney Griner got detained on February 17, according to Time.

From that day until May 19, the Russian court didn’t allow U.S. Embassy representatives to visit her.

Eventually, they got permission, based on a confirmation by government officials on March 23.

On May 3, the U.S. State Department said that it assigned people to work on the Griner’s case.

The U.S. government requested to place her under house arrest.

On May 13, the court refused a house arrest for Brittney Griner.

It even extended her detention until June 13.

The court likewise denied all visitation requests from the embassy representatives for the whole month of May.

On June 14, Griner’s detention was extended again until July 2.

On July 27, the American government proposed a deal with the Russian Federation.

The U.S. offers a political swap to remedy the situation Brittney Griner got herself into.

After a total of eight official trials, Brittney Griner received a conviction on drug charges. 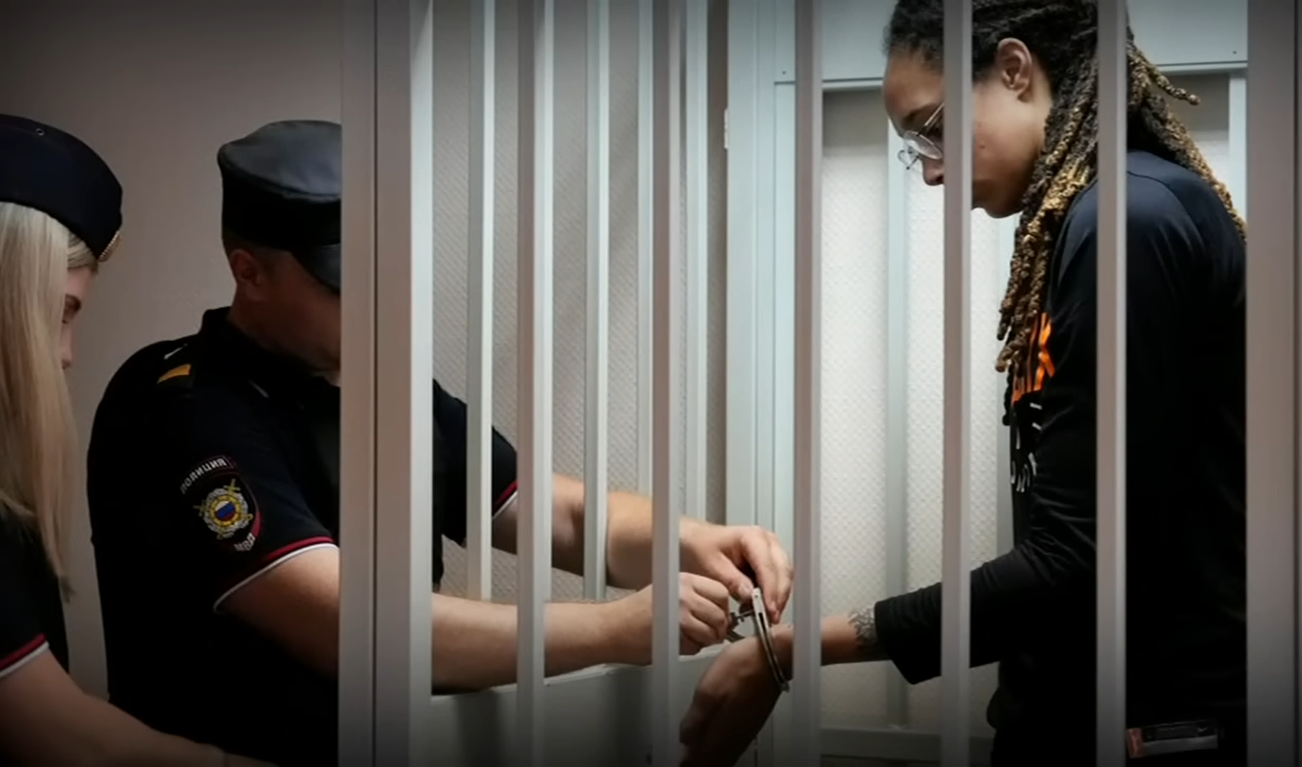 If only the suggested switch is as swift and as uncomplicated as the substitutions in a basketball game.

As mentioned earlier, various news outlets reported about the U.S. government considering a political swap as a major option.

If ever it will push through, the Biden administration will exchange Viktor Bout, 55, for Brittney Griner and Paul Whelan, 52.

The Russian court accused Whelan, a police officer, of espionage and detained him on December 28, 2018.

Bout, a Russian arms dealer and ex-Soviet Army lieutenant, is currently serving his 25-year sentence in a U.S. prison.

A Manhattan court convicted him in 2012 after his arrest in Bangkok in 2008.

It seems Brittney Griner is now in the middle of a political game. 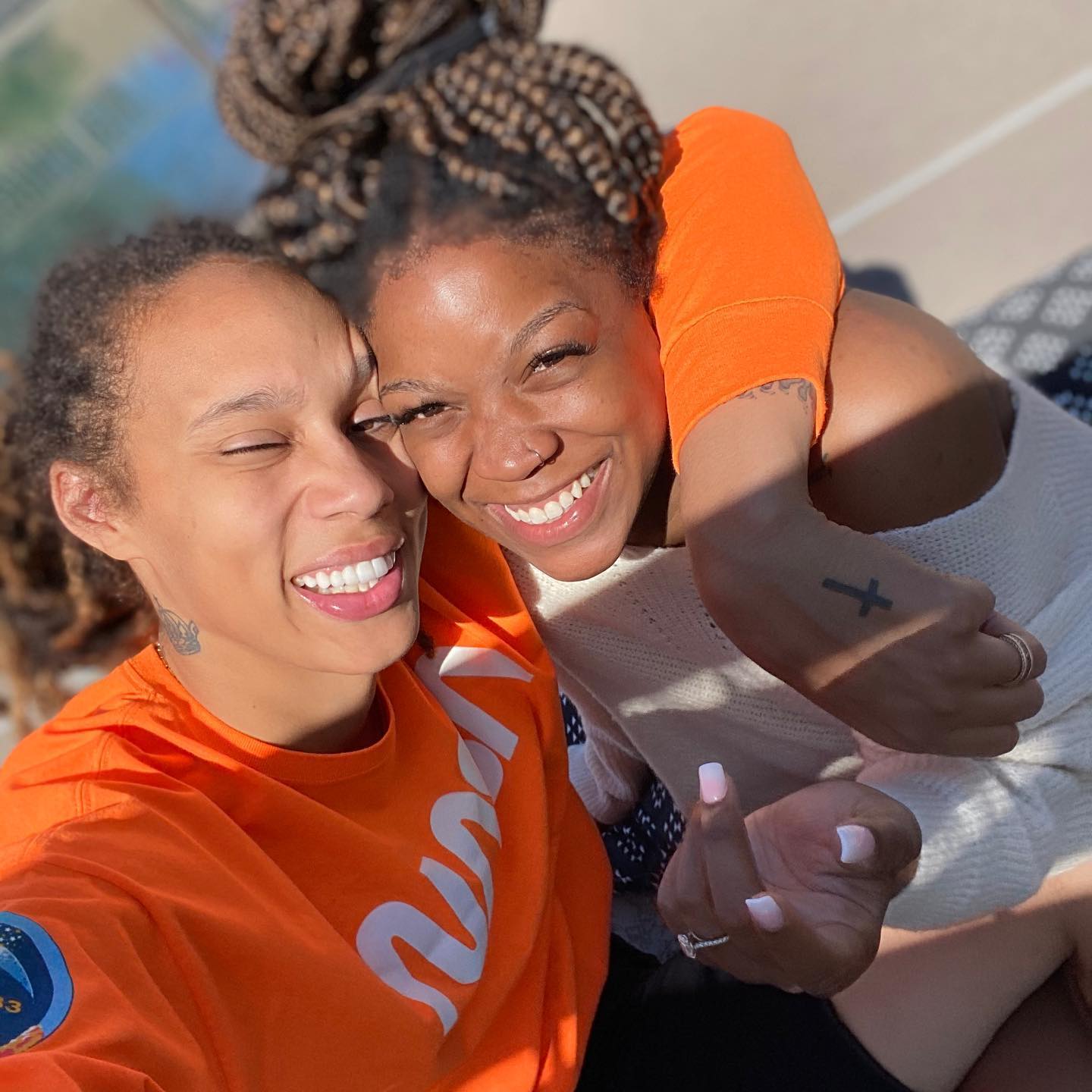 Brittney Griner and wife, Cherelle, smile broadly and closely together for the camera

Brittney Griner flew to Russia to put her basketball prowess into good use.

Little did she know that her life would turn upside down all because of the controversial cannabis.

People such as her wife, Cherelle Watson-Griner, long for her release.

In a 2013 interview with Sports Illustrated, Brittney Griner revealed that she’s a lesbian.

In a White House briefing on August 5, one of the questions raised was about Griner.

U.S. Press Secretary Karine Jean-Pierre said the Biden administration continues to work on bringing her back.

Though, it has “to keep the negotiations private.”

Those negotiations is for Russia “to take the substantial offer . . . seriously.”

For now, the offer for a political swap will likely free Brittney Griner.