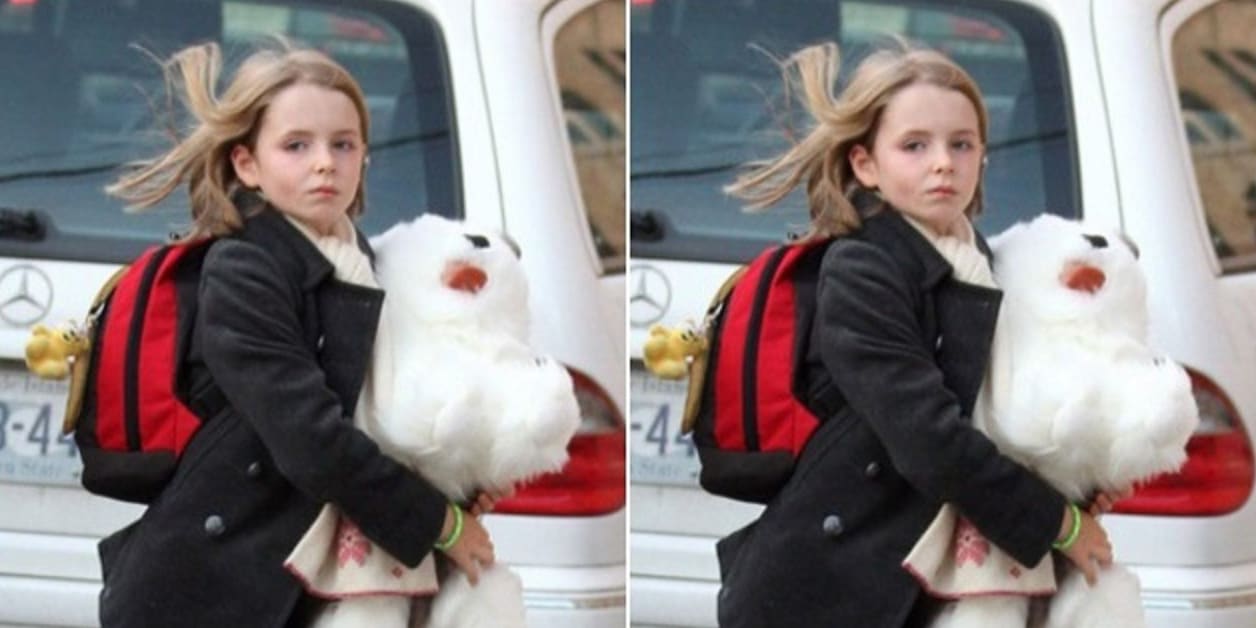 Beatrice McCartney is the only child of Paul McCartney of 'The Beatles' fame and Heather Mills, his second wife. She avoids the public spotlight and has largely avoided the flash and glamor that surrounds her father.

Beatrice Milly McCartney was born on October 28, 2003, in London, England, to legendary musician Paul McCartney of 'The Beatles' fame and his second wife, former model and anti-landmine activist Heather Mills. According to some sources, Beatrice was born on October 30th of that year. Beatrice is thought to have been named after Heather's mother, Beatrice Mary Mills, and one of Paul's aunts, Milly. “Bea” is her nickname.

Paul and Heather first met at the 'Pride of Britain' award ceremony in April 1999. In July of 2001, they got engaged.

On June 11, 2002, the pair married in a grandiose ceremony at 'Castle Leslie' in Glaslough, County Monaghan, Ireland. Over 300 people attended their wedding. McCartney is said to be a vegetarian, hence the reception included a vegetarian buffet.

Heather and Paul decided to start a family in 2002. Heather declared publicly that she may never be able to have children following a succession of ectopic pregnancies (in which the baby attaches itself outside the womb of the mother and is thus risky for both its own and the mother's health). Heather, on the other hand, revealed she was expecting in May 2003. Beatrice was born three weeks early.

She was healthy and weighed seven pounds at the time of her delivery, despite being three weeks early than predicted. Heather Mills' mother Beatrice and Paul McCartney's aunt Milly inspired her name. While the paparazzi eagerly awaited Beatrice's birth, her parents made sure she was kept out of the tabloids from the start. To ensure that Beatrice had a normal childhood, she was purposefully kept out of the spotlight and raised like any other child in London.

Heather was a model in the 1990s, and in 1993, she made headlines when she was involved in a traffic accident in London involving a police motorcycle, and she lost her left leg, which surgeons decided to amputate below the knee. This did not deter her, as she continued modeling with a prosthetic leg after the accident, thanks to her popularity. She later revealed her story to the tabloid publication "News of the World" and sold it to them.

She became more of an activist in advocating various animal rights advocacies after all of the attention she received as a result of her relationship with and later divorce from McCartney.

As part of her activism, she lives a vegan lifestyle and is a patron of the Vegetarians' International Voice for Animals or Viva! She is also a member of the Limbless Association, a humanitarian organization in the United Kingdom that helps people who have lost limbs; she is the association's vice president. After canceling her plans to compete in the 2014 Paralympic Games, she was not heard from in 2014.

Paul McCartney was born in Liverpool, England, to a nursing mother and a firefighter father who both participated in World War II. He had two siblings, one of them was a stepsister, when he was growing up.

His mother died when he was 14 years old from complications following breast cancer surgery. He was primarily reliant on his father at the time, who became a significant factor in motivating him to pursue music. While his father encouraged all of his children to practice music, he learned to play by ear instead of taking piano lessons.

He then learned to play the guitar and was influenced by performers of the time. He began writing songs at that time as well. He met John Lennon and the Quarrymen in 1957 and began performing with them, primarily singing rock and roll tracks with influences from other genres. He was a rhythm guitarist at the time, and it was during this time that he met John Lennon. He joined the band as the bass player in 1961, and after a few lineup changes, they eventually became The Beatles.

Paul became a worldwide sensation with The Beatles, and the band was one of the most in-demand acts; they had countless hit songs, with Paul singing and writing many of them. He was a major contributor to the singles "Eleanor Rigby," "Yesterday," and "Blackbird." He was the group's de facto leader, and he and John Lennon produced the majority of the group's creative output, both for music and other endeavors.

He started a solo career in the 1970s and was also the leader of the band Wings. Even after the Beatles disbanded, he continued to perform as a solo artist. He has also advocated and worked with several worldwide causes in addition to his music. He is regarded as one of the most successful performers and songwriters of all time, based on his successes throughout his lifetime. His tracks have charted at number one on the Billboard Hot 100 32 times. As a member of The Beatles and as a solo artist, he has been inducted into the Rock & Roll Hall of Fame twice.

Soon after, Paul and Heather's marriage began to crumble. Paul filed for divorce on July 29, 2006, according to British tabloids. They divorced in April 2006.

Justice Hugh Bennett issued a decree nisi on May 12, 2008, stating that the marriage would be concluded after six months.

Paul and Heather were given shared custody of their child after their divorce. Beatrice, on the other hand, relocated to East Sussex with her mother. Heather demanded that Beatrice and she be given security as part of the settlement because she had received death threats at the time.

Heather desired that Beatrice be educated in a private setting. Paul and Heather, on the other hand, had enrolled Beatrice in a posh kindergarten at a £5,000-per-term prep school in southern England. The 47-acre school, which was housed in a Victorian country house, was close to both Paul's Peasmarsh estate and Heather's residence, which was around 15 miles away. There were two orchestras at the school. 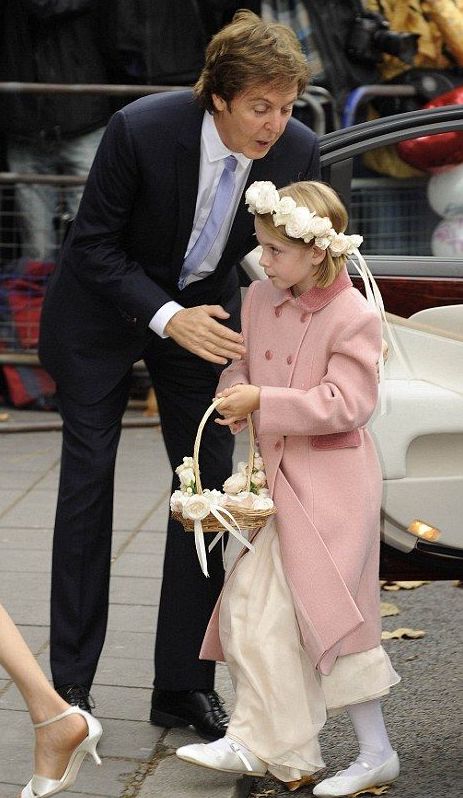 Beatrice does not want to follow in her father's footsteps, according to her mother. She has no desire to pursue a career in music and instead plans to pursue a profession as a marine biologist when she grows up.

She is, nonetheless, a talented saxophonist and amateur singer. She has been playing the saxophone since she was a child. Beatrice once sang Paul the song "When I'm 64" over the phone.

She avoids the media and only appears in public on rare occasions. In May 2017, she made one of her few public appearances when she went to see the musical "Carousel" with her father. Beatrice, her father, and the cast of the show, which included Alfie Boe, Katherine Jenkins, and Nicholas Lyndhurst, were all snapped. Beatrice, who was 13 at the time, was dressed in denim and a dark brown blouse, with her hair chopped short and styled in a quiff in an androgynous style. The similarities she had with Paul were picked up by British newspapers. The media went crazy when they saw Beatrice and said she looked virtually identical to Paul.

When Paul and Nancy Shevell got married in 2011, Beatrice was one of the flower girls.

From 1969 until her death from cancer in 1998, Paul was married to photographer Linda Eastman. He married Heather Mills after that. He married businesswoman Nancy Shevell in 2011 after his divorce.

Stella and Mary are Beatrice's half-sisters, and James is her half-brother. Paul and his first wife, Linda, have two daughters: Stella, a famous fashion designer, and Mary, a photographer. Paul and Linda have only one son, James, who is now a musician and composer.

Let’s take a look at her siblings.

Heather is Paul's ex-wife Linda's daughter from a previous marriage. Heather was born on the 31st of December, 1962. Heather claimed Paul has had a "lifelong influence" on her and considers him to be her father, despite the fact that he isn't her biological father, according to the McCartney family website.

Heather is now a well-known British potter and designer with shows in New York, Phoenix, Tokyo, Paris, and Sydney, among other cities. According to IMDb, she's also appeared in a handful of her father's documentaries, including Wingspan and Let It Be.

Paul and Linda's first child, Mary, was born on August 28, 1969. She is an English photographer and vegetarian recipe writer who has acted in films such as Wingspan (2001) and Who Shot Rock & Roll: The Film (2012).

Mary is the mother of four children, Arthur, Elliot, Sam, and Sid, who she shares with her film director husband, Simon Aboud. 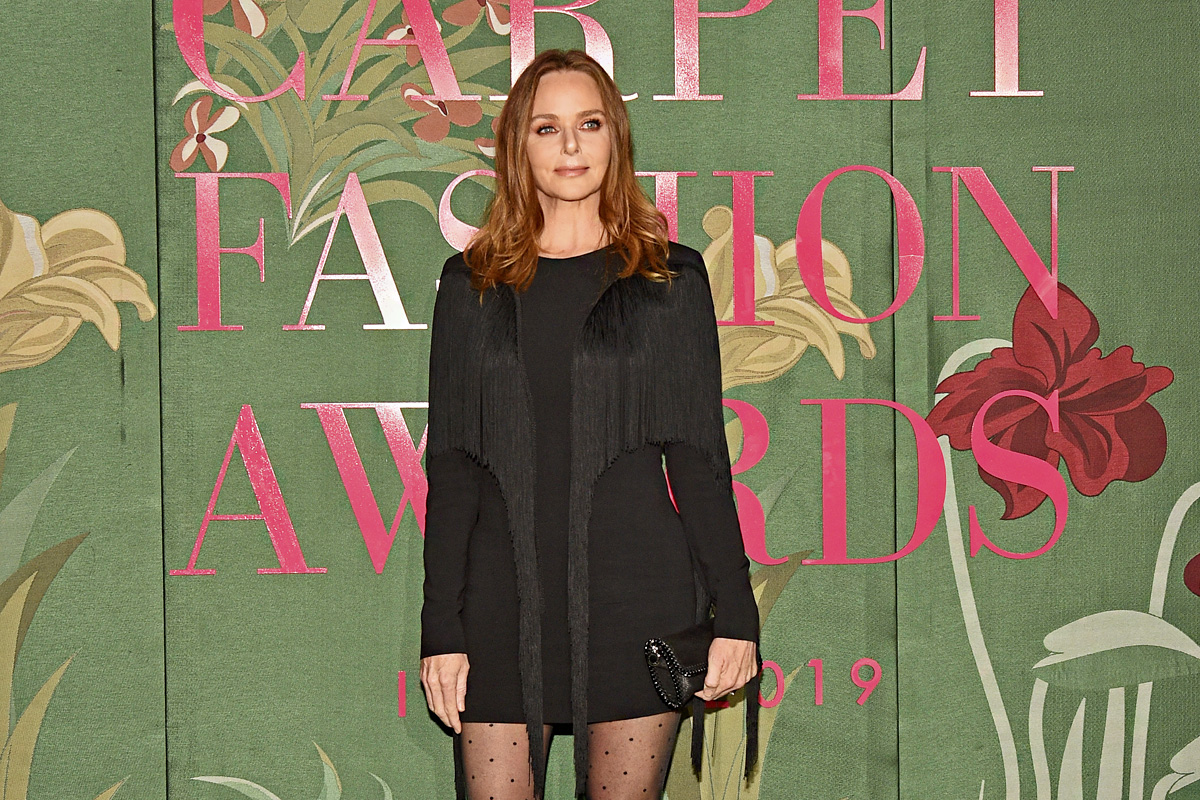 Stella McCartney wearing all black in an awards event

On September 13, 1971, Stella made her debut. Because she is a prominent fashion designer, the blonde beauty has had no trouble breaking free from her father's shadow. She "graduated from Central St Martins in 1995," according to her website, and founded her eponymous fashion label in 2001.

According to the website, Stella McCartney currently has 51 standalone stores in Manhattan's Soho, London's Mayfair and Brompton Cross, Los Angeles' West Hollywood, Paris' Palais Royal, Milan, Tokyo, Shanghai, and Beijing. “Her creations are now available in 77 countries through 863 doors, which include specialized shops and department stores, as well as online shipping to 100 countries.”

Stella is married to Alasdhair Willis, whom she married in 2003, in addition to her profession. Miller, Bailey, Beckett, and Reiley are the couple's four children.

On September 12, 1977, James was born into a musical family, following in the footsteps of his father, who was also a talented musician. In the past, James has collaborated with his father, who is also a British singer-songwriter. According to accounts, he has contributed to many of his parents' solo albums, including Paul's 1997 album Flaming Pie and Driving Rain and Linda's 1998 album Wide Prairie.

James, unlike his sisters, is not married and has no children.

Beatrice McCartney's net worth is predicted to be over $1 million by mid-2020, thanks largely to her father's fame. Paul McCartney is one of the most successful musicians of all time, with a net worth estimated to be over $1.2 billion.

Does Beatrice Mccartney Live With Paul?

After the divorce, they agreed to share custody. Beatrice McCartney, Paul McCartney's daughter, lives with her mother, away from the media.

Beatrice McCartney sure does have a bright future ahead of her. We wish her all the best in her future endeavors, both personally and with her career.