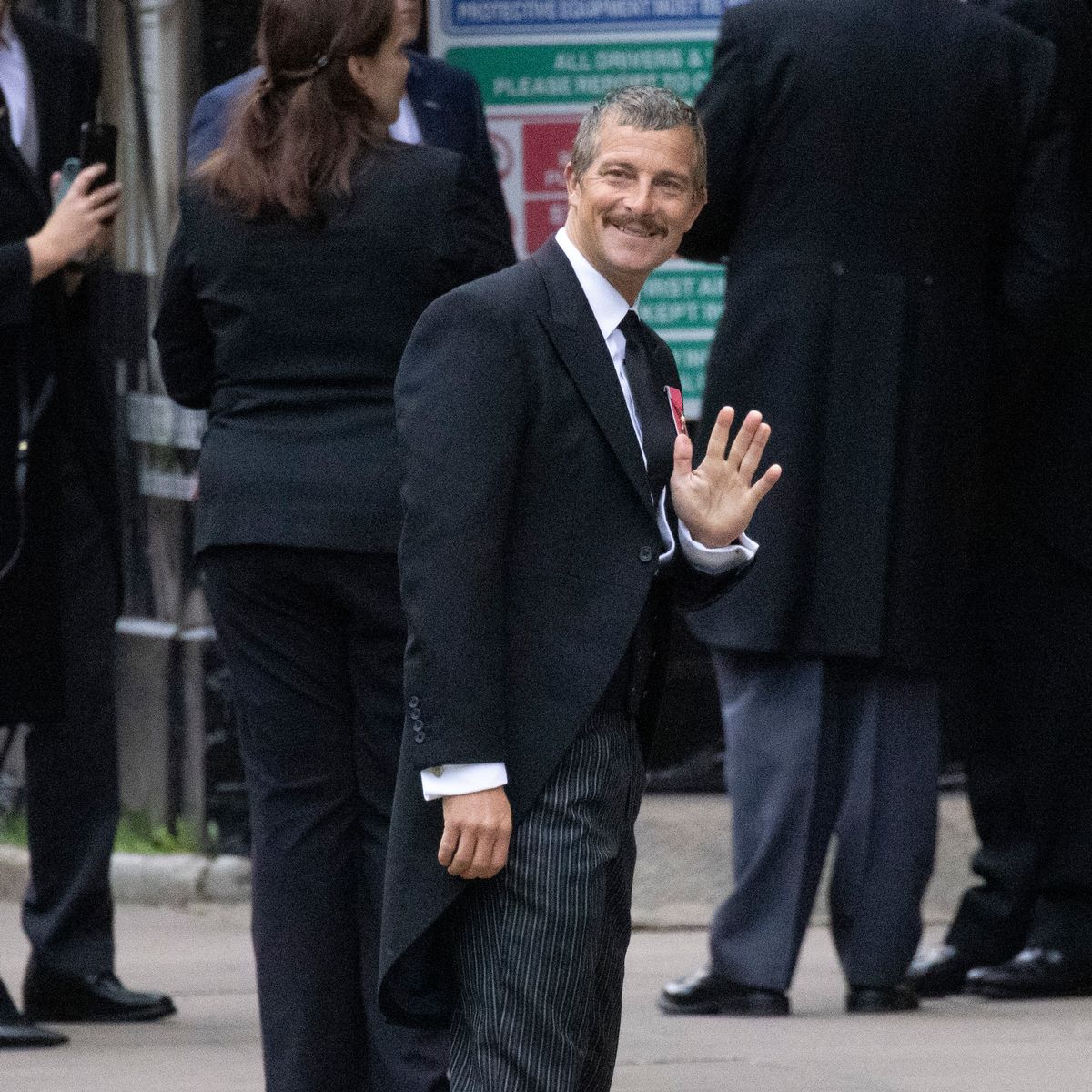 Bear Grylls apologized to his fans after he was said to have looked "cheery" at the Queen's funeral on Monday. Bear Grylls, who is 48 years old, was one of the first people to arrive at Westminster Abbey today for the Queen's state funeral.

As he walked in, the TV star smiled and waved. The 48-year-old TV star of survival shows was asked to represent the Scouts at the state funeral at Westminster Abbey. The Chief Scout posted an apology on Instagram for looking "cheery" on a "very solemn day."

The Queen was the patron of the Scouting Association, and Bear, who has an OBE, is the Chief Scout. He was one of the first people to arrive at the Abbey, where there were more than 2,000 mourners and more than 160 world leaders.

Bear has been criticized after he was seen smiling and waving outside Westminster Abbey. Some people said that his happy behavior didn't match the seriousness of such an important day.

The television personality has apologized to those who thought he was overly upbeat and stated that he was actually waving to a cameraman who Bear knew from his show Running Wild and who had been picked to shoot the funeral. The cameraman had been chosen to cover the memorial service.

Before the service, Bear spoke the following while holding up a picture of his sister:

"Lovely to be with my sister Lara before the service. And special to see our cameraman on running wild @mungothecameraman selected to film the entrance to the service. It was him that I was acknowledging when I waved. I'm so sorry if it looked cheery when it is such a solemn day. I didn't mean that."

Bear also posted a series of heartbreaking images from that day, including one of the Queen's coffin and members of the Royal Family, along with the following caption:

It's a day we will never forget… a truly beautiful testament to our Nation's Sovereign, Her Majesty Queen Elizabeth. Rest in Peace. Your duty done. Long Live King Charles…"

Bear is not only a Chief Scout in the United Kingdom, but he also serves as the organization's spokesperson. As a result of this, he was asked to attend the funeral to represent the organization, despite the fact that he was appointed the youngest-ever Chief Scout at the age of 35 in 2009.

Bear was recognized in the 2019 Birthday Honours as deserving of an Officer of the Order of the British Empire (OBE) for his contributions to the fields of youth advocacy, the media, and charitable work. In addition, Bear paid homage to the Queen in an emotional article that was published on the official website of Scouts UK. He said:

"I will miss her quiet leadership, her values and integrity, and her wonderful sense of humour. While she was our monarch and Patron, she always made time to listen to our Scouts and recognise their achievements. Her smile would light up the room."

Celebrities like Sandra Oh, who was there to represent the Order of Canada, Antony Cotton from Coronation Street, who has a long history with the military, and Sophie Winkleman, who is married to Lord Frederick Windsor, the son of Prince Michael of Kent, also went to the funeral.

David Beckham, Susanna Reid, Tilda Swinton, and James Blunt were among the famous people who waited in line for hours to see the Queen lying in state.

Bear Grylls, 48, was one of the first people to arrive at Westminster Abbey today for the royal burial of the Queen. The TV celebrity smiled and waved as he entered the church while paying his respects to the late monarch.

The Chief Scout has apologized on Instagram for his "cheery" appearance on what was a "very solemn day." The apology was posted on Instagram.