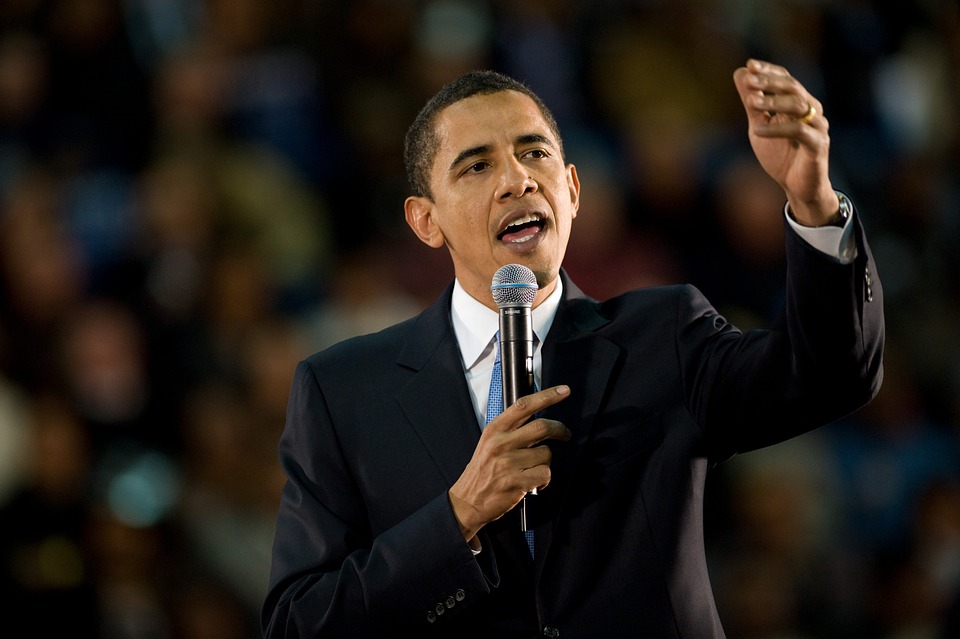 Barack Obama's financial situation has remained excellent ever since he left the White House. Barack Obama net worth is at least $70 million, according to International Business Times.

However, their wealth was valued at $135 million, a substantially higher figure, by The New York Post.

In November 2020, the former president published the first book of his memoir, "A Promised Land."

By December 2020, 3.3 million copies had been sold, making it one of the best-selling political autobiographies in history. In addition to the popularity of his memoir, the former president and Michelle Obama also inked a hefty Netflix contract in 2018.

These projects, together with the six-figure pension that all former presidents receive, have made a considerable contribution to Barack Obama net worth.

Obama Net Worth Before Senate

What's really notable about Barack Obama net worth is that the bulk of it happened after Obama's presidency. The source attests that Obama never made more than $30,000 a year between 1991 and 2004.

Michelle Obama, a Princeton-educated lawyer, supported the family during those years, bringing in more than $270,000 annually.

After Barack Obama was nominated for the Senate, there was an increase in pay. Obama's yearly pay increased to $157,100 after he was elected to the Senate.

Due to Obama's book earnings from "The Audacity of Hope" and "Dreams from My Father," the Obamas' incomes increased once again in 2005, to $1.65 million. Following Barack Obama's stirring speech at the 2004 Democratic National Convention, his book royalties increased dramatically. 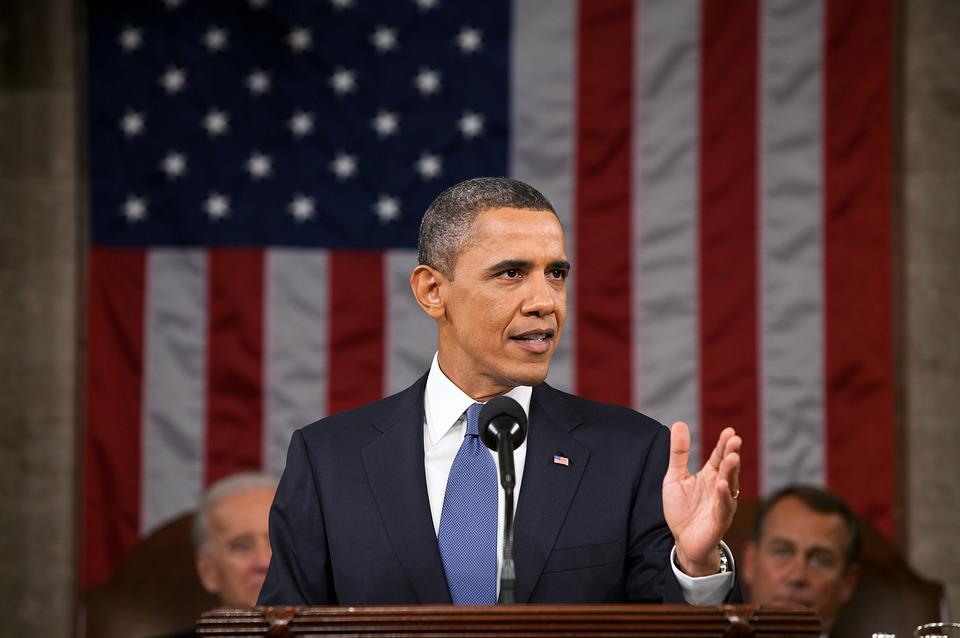 Barack Obama’s Life After His Presidency

Obama, one of only five living presidents, has reverted to his roots as a community activist and is focusing on issues that were significant to him while he was in office, including immigration, gun control, nuclear nonproliferation, racial harmony, and criminal justice reform.

Obama continues to promote social change by bringing attention to these problems through a variety of organizations, social media, speaking engagements, and his production company.

Obama will be paid the same as a cabinet secretary for the rest of his life under the 1958 Former Presidents Act. His annual pension is $205,700.

Health insurance and 24-hour Secret Service protection are a couple of the other benefits. Obama will also receive money for an office, personnel, and other costs in addition to Secret Service security.

Obama is preparing to broaden his network as a producer, which might enhance his net worth. In 2018, he and Michelle Obama agreed to work together to create films and television shows for Netflix.

Michelle Obama stated in the statement that "Barack and I have long believed in the power of narrative to inspire us."

Netflix withheld the financial information, but The New York Times claimed that comparable agreements had been worth tens of millions over the course of several years.

The Obamas' production firm, Higher Ground Productions, is behind a number of documentaries, including "American Factory," which won an Oscar, "Becoming," and "Crip Camp," which has the unusual distinction of having a 100% fresh Rotten Tomatoes rating.

Obama serves as the narrator of the docuseries "Our Great National Parks," which debuted on Netflix last month. A sci-fi movie named "Satellite," a young adult book series called "Firekeeper's Daughter," and numerous other movies are among the upcoming releases.

The Obamas' wealth was primarily derived through books. Due to Obama's book earnings from "The Audacity of Hope" and "Dreams from My Father," the Obamas' incomes increased once again to $1.65 million in 2005.

But Barack's successful writing career isn't ended yet. He and Michelle both agreed to write their own memoirs in 2017 and signed book agreements totaling at least $60 million.

"Becoming," Michelle's autobiography, was released in November 2018. It had about 10 million copies sold as of March 2019.

In addition, she has sold 25 various types of stuff associated with the book, such as candles and $20-per-piece mugs.

Additionally, "A Promised Land," Obama's autobiography, was just released in November 2020. Within 24 hours of its debut, it had approximately 890,000 copies sold in the US and Canada. 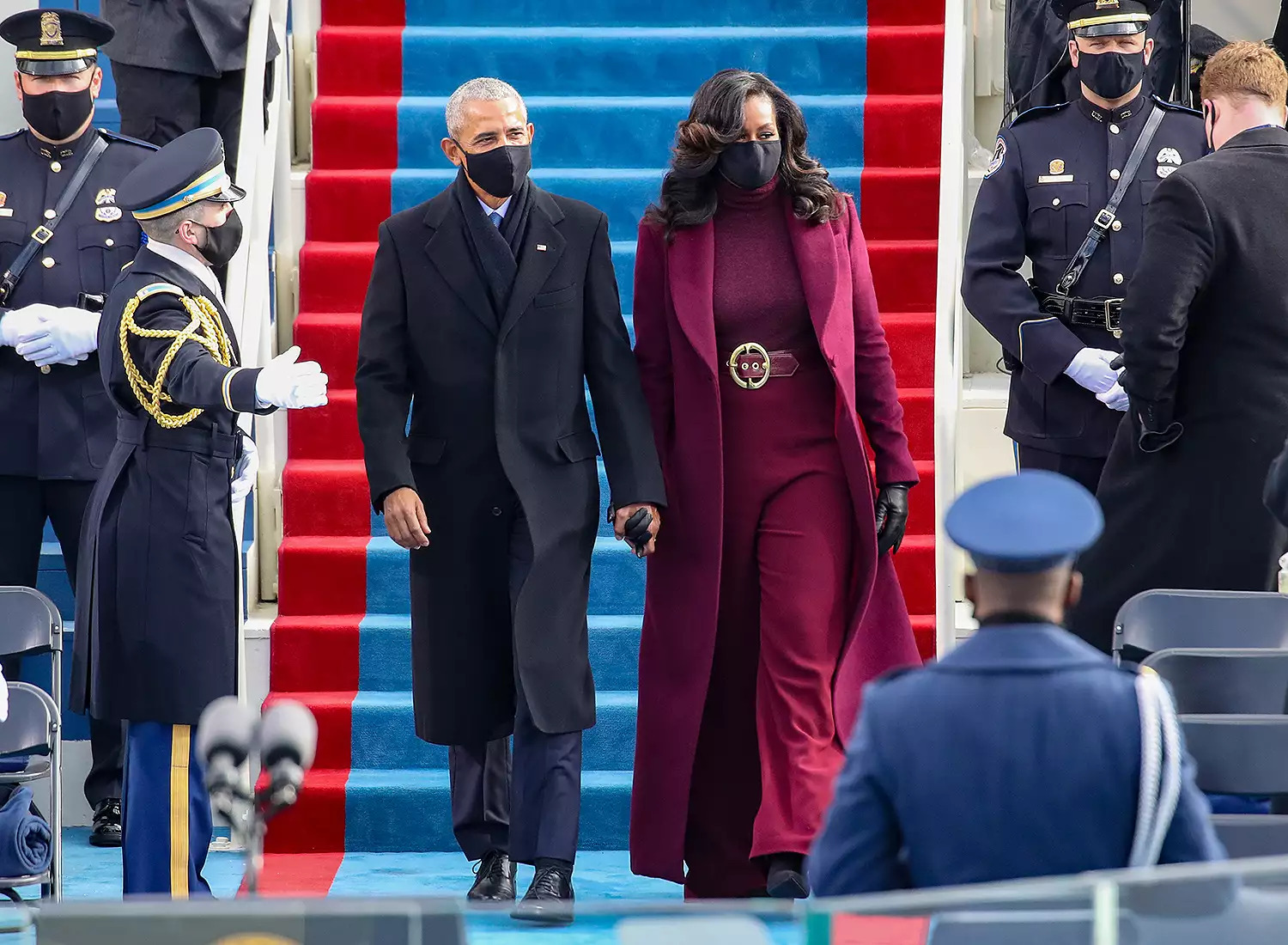 Presidents frequently start foundations and have successful second careers as sought-after speakers and authors, and the Obamas continue to enjoy strong public support.

According to The New York Times, the former president spoke in September 2017 at a healthcare conference organized by the trading and investing firm Cantor Fitzgerald. His fee for the occasion was said to be $400,000, which is equal to his yearly pay as president.

He reportedly made $800,000 for two speeches to the Carlyle Group and Northern Trust Corp., and at least $1.2 million for three speeches to Wall Street businesses in 2017.

Michelle recently disclosed her intentions to host a Spotify-only program. In July 2020, "The Michelle Obama Podcast" made its premiere. It focuses on interpersonal interactions.

The Obamas could provide 50 speeches a year, earning "a conservative $200,000" per speech, according to Analytics@American.

According to Business Insider, Michelle and Barack Obama also have a portion of their wealth invested in real estate. They spent about $15 million on their Martha's Vineyard estate in addition to $8.1 million on their Washington, D.C., residence.

Obama is the only president to have stayed in Washington, D.C. after leaving office in almost a century. He stayed in town with his family so that Sasha, his youngest daughter, could complete high school. In June 2019, she earned her degree.

Their residences are in the affluent Kalorama district of the area. According to CNBC, the Obamas paid $8.1 million for the estate. They also continued to reside in their historic Hyde Park neighborhood home in Chicago.

Timeline Of Barack Obama Net Worth

How did Obama increase his wealth? As per Business Insider, below is a history of his achievements that have raised his earnings over the years:

How Does Barack Obama Spend His Money?

Here is how they have so far used their fortune:

When it comes to their finances, the Obamas consider the long term. Obama spent $50,000 to $100,000 on each Bright Directions age-based growth plan in 2007 to help pay for Malia and Sasha's college tuition. Sasha began her studies at the University of Michigan in the fall of 2019, while Malia enrolled at Harvard in the fall of 2017.

The Obamas invested in real estate as well. After leaving the White House, they needed a new home, so they paid $8.1 million to buy an 8,200-square-foot estate in Washington, DC, which they had previously rented.

It was reputedly the second-most costly house in the area at the time of acquisition, just behind Jeff Bezos' former textile museum turned residence.

The Obamas still own their home in Chicago's Hyde Park district, which they purchased for $1.65 million in 2005, in addition to their residence in Washington, DC. On the house, they took out a $1.3 million mortgage. It is estimated to be worth $2.5 million.

The Obamas reportedly paid $11.75 million for a 6,892-square-foot home on Martha's Vineyard in late 2019. The Vineyard Gazette reported that it is situated on close to 30 acres and has views of the Edgartown Great Pond.

The Obamas have taken numerous trips since leaving the White House as well. They began their journey in Southern California before arriving on Necker Island, where Obama was seen kitesurfing alongside Richard Branson.

Obama also traveled to his native Hawaii and the French Polynesian island of Tetiaroa, where he stayed at the Brando, a five-star hotel. The price of a single night in a one-bedroom villa there ranges from $3,034 to $4,318.

Along with Oprah, Tom Hanks, and Bruce Springsteen, the Obamas have also been photographed on David Geffen's yacht, at a wine tasting in Tuscany, and river rafting in Indonesia.

It's difficult to determine how much of their own money the Obamas spent on their travels because the General Services Administration is obligated to give a former president adequate money to cover travel and business expenses.

What Was Obama's Net Worth When He Was President?

Who Was The Richest President?

Who Is The Richest President In The World?

To summarize, the Obamas made a total of $20.5 million from Barack Obama's government salary, book royalties, investment income, and Michelle Obama's salary from her position at the University of Chicago Hospitals before she became the first lady between 2005 (when he joined the US Senate) and 2016.

Obama received a yearly salary of $400,000 during his eight years in office and receives a pension of around $200,000 as a former president.

At present, Barack Obama net worth is $70 million according to International Business Times, or $135 million, a substantially higher figure, according to The New York Post.