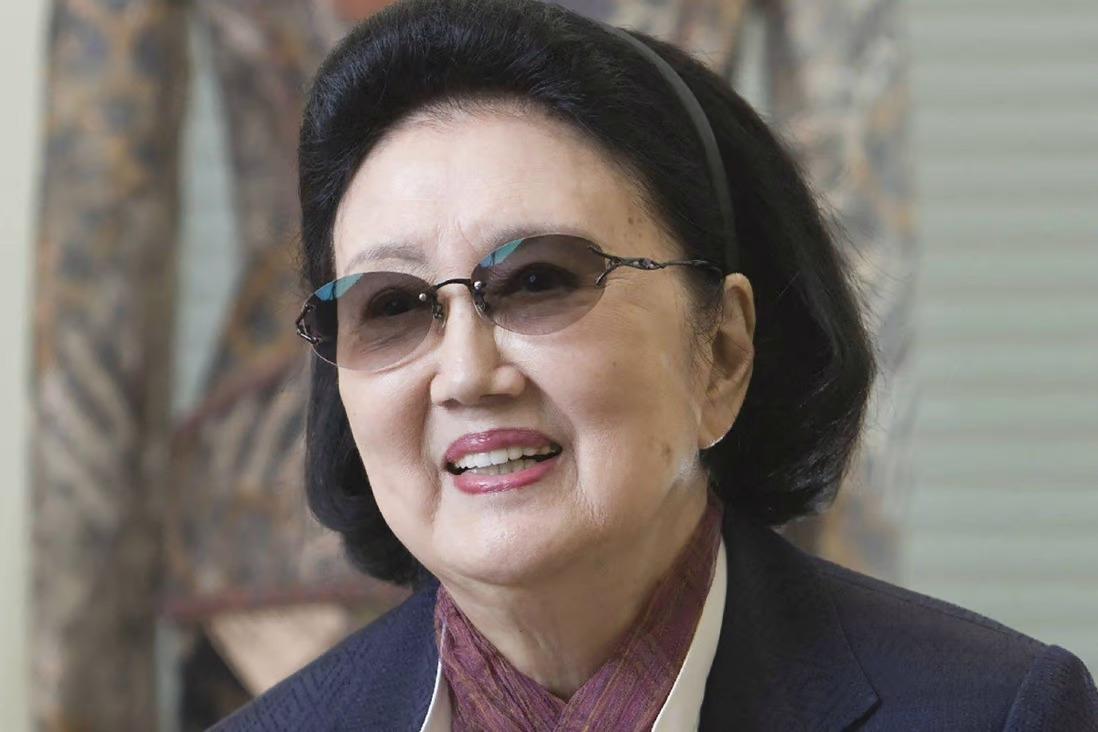 At age 96, Japanese fashion designer Hanae Mori passes away at her home in Tokyo.

According to her office and on August 11, the fashion pioneer passed away, Kyodo news agency stated without providing any other information.

In the 1950s and 1960s, Mori, known for incorporating Japanese motifs influenced by the kimono, created costumes for hundreds of Japanese films, clothing leading ladies like Mie Kitahara, Sayuri Yoshinaga, and Shima Iwashita in some of the most well-known motion pictures the time period produced.

When Empress Masako wed Emperor Naruhito, who was the crown prince at the time, in 1993, she wore a Hanae Mori wedding dress embellished with rose-petal motifs. Hanae Mori At An Interview

She became a trailblazer for Japanese women and one of the few to lead a multinational company in the country's still mostly male workplaces.

Her scarves and umbrellas, which were often decorated with vibrant butterflies, were considered status symbols by working women.

With her debut international collection, which was shown in New York in 1965 and celebrated the subject "East Meets West," she established a $500 million design brand that helped promote East-West fashion.

In 1977, her company became the first Asian fashion brand to reach the exclusive ranks of French haute couture.

Her career carried her from Tokyo to New York and Paris.

She was followed in her career by legendary Japanese designers like Issey Miyake, who passed away earlier this month.

She received the Legion of Honor, France's highest honor, in 2002 while holding the officer rank.

According to the Hanae Mori office, she is survived by two sons who have their own company, a daughter, seven grandkids, and a number of great-grandchildren.

Izumi Mori and Hikari Mori, two of her granddaughters, are models.

Her clothes, which often included butterfly motifs, were also well-liked by working women.

When she started to establish herself in the fashion industry, it was still uncommon for a woman to lead a company, much less one of international renown.

Frequently combining aspects from the East and the West, Mori's designs included garments with kimono-inspired details.

She also designed costumes for theatrical productions, including as a 1985 production of "Madame Butterfly," as well as traditional Japanese Noh and Kabuki theater.

In 2002, she received the Legion of Honor from the French government.

When Crown Princess Masako, now the empress of Japan, wed Emperor Naruhito in 1993, she wore a wedding dress by Hanae Mori.

The fashion designer offered his thoughts on the business in a piece for the Yomiuri Shimbun newspaper in January.

She said that fashion "pushes you, gives you strength to stretch your wings, and enables you to experience adventures."

Hikari Mori and Izumi Mori, two of her grandchildren, work as models.

Mori Hanae, a well-known Japanese fashion designer, passed away at the age of 96.

She was recognized for her distinctive butterfly designs.

She gained worldwide recognition with a collection entitled "East meets West" that was displayed in New York in 1965 after creating a number of costumes for Japanese films.

Mori became the first Japanese person to be officially classified in Paris as a "haute couture" designer.

She also created the costumes for opera and ballet productions at the Paris Opera and La Scala in Milan.