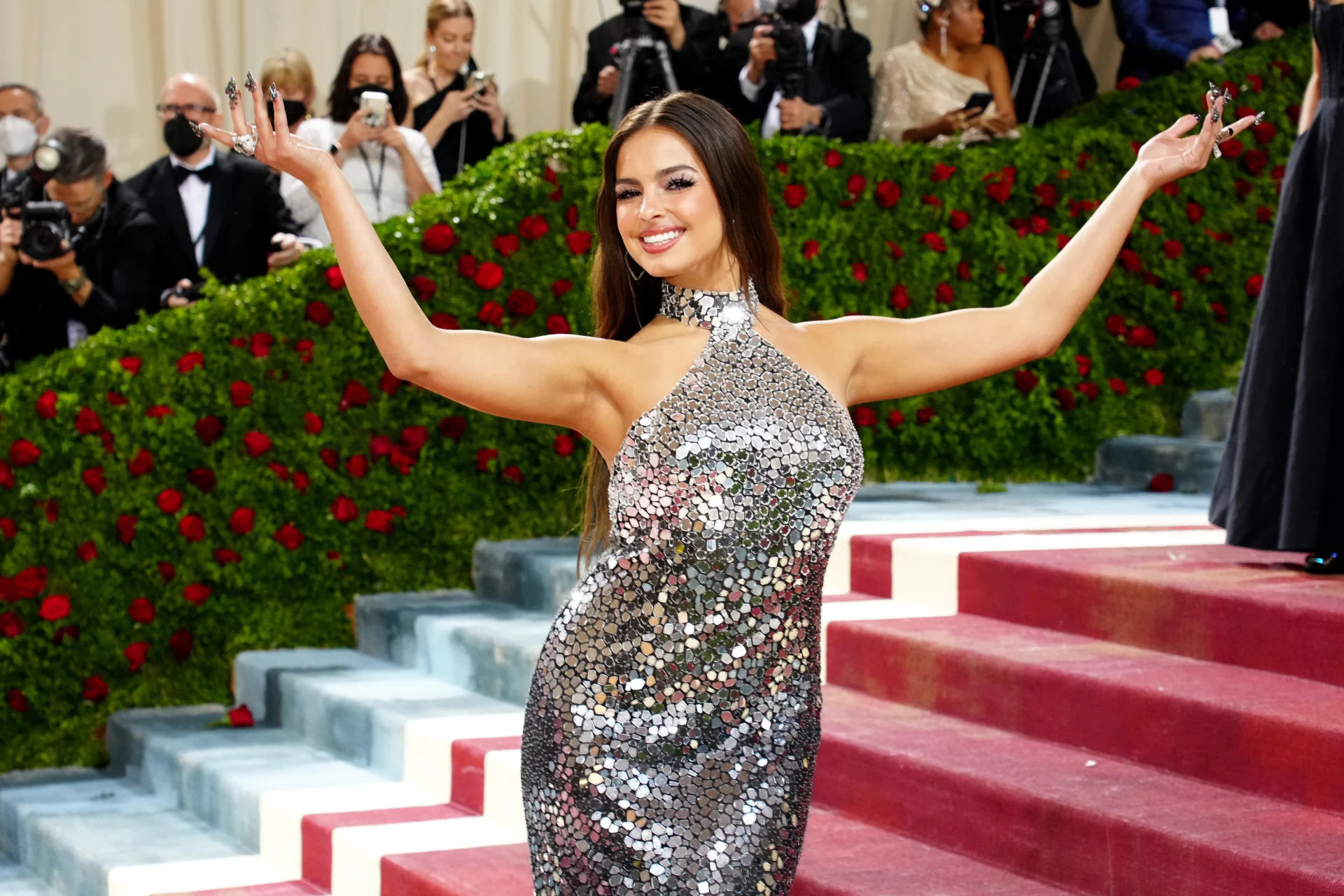 Addison Rae Easterling the fourth most followed TikTok artist in the world, attended the Met Gala on May 2 wearing a dress designed by Michael Kors that had 11,000 hand-sewn mirror pieces.

Here is everything you need to know about Addison Rae Met Gala 2022 look, her residence, cars, lifestyle, and more.

There were a total of six influencers present at the Met Gala, including Addison Rae Easterling.

She has amassed 87 million followers on TikTok.

TikToker Easterling, who is 21 years old, is known for posting videos in which she participates in various dance crazes that become viral.

She became well known in 2019 after becoming a member of the social media collective space known as Hype House.

Since then, she has achieved a certain level of fame in Hollywood by developing a close friendship with Kourtney Kardashian and making an appearance on her show, Keeping Up With the Kardashians.

Easterling has also appeared in a reimagining of She's All That produced by Netflix.

The TikToker has also entered the world of music, releasing her first song, Obsessed, in March 2021.

She has also entered the world of beauty, launching her own cosmetics company, Item Beauty, in August 2021. 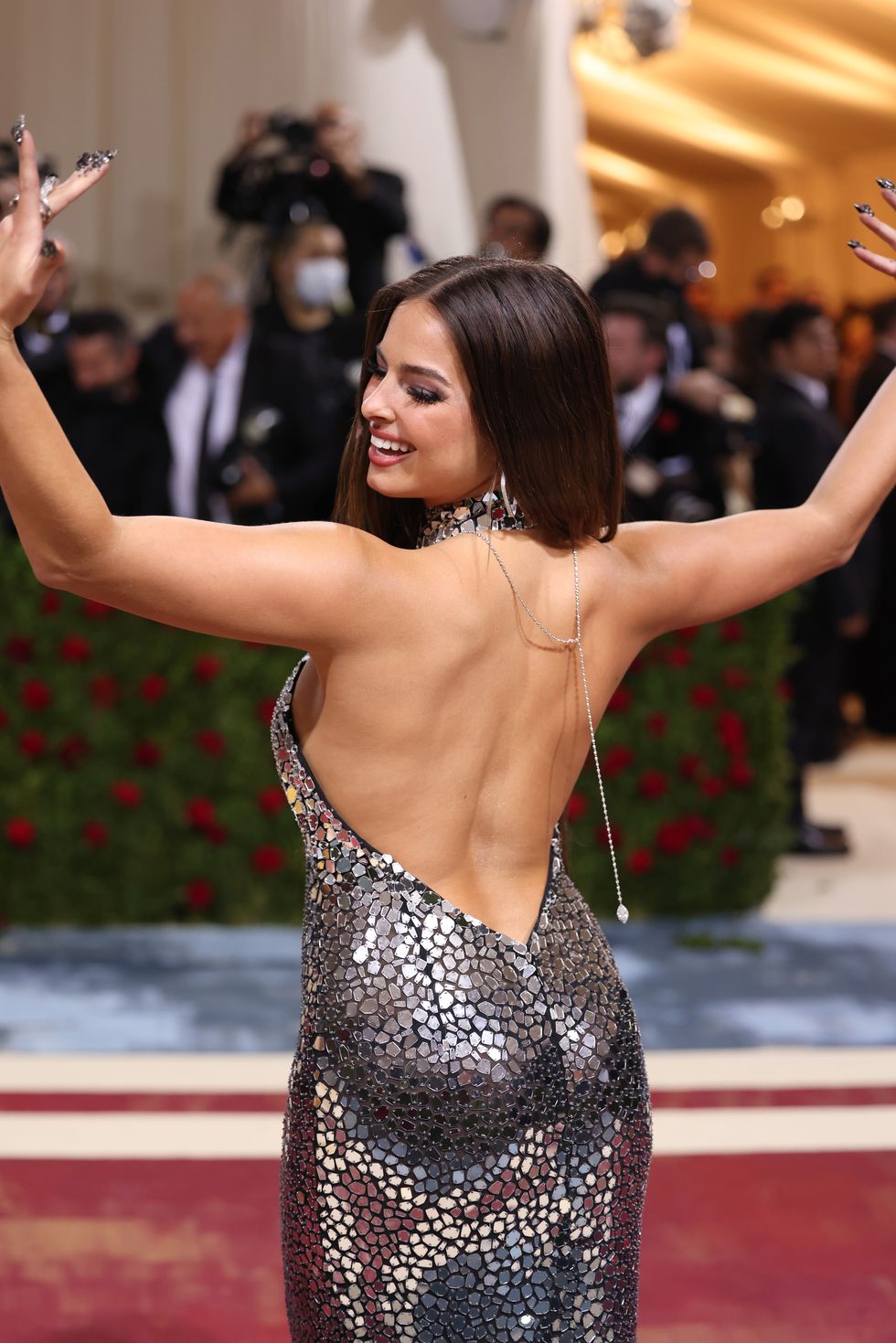 Michael Kors, a premium fashion brand that has won several awards, was the one who created the dress.

On May 3, the Michael Kors Instagram account uploaded a photo of Easterling wearing the dress with a message that described the garment as having

over 11,000 mirrors of all shapes and sizes with individually stitched microbeads in seven distinct colors.

In addition to that, it said that "hand embroidery" of the beads and mirrors "took over 350 hours."

According to Celebrity Net Worth, Addison Rae has an estimated current net worth of around $15 million as of the month of May 2022.

She makes the majority of her income from social media sites like Instagram and TikTok, among others.

It is anticipated that she makes somewhere in the area of $8.5 million per year in 2021, and this number takes into account not just her earnings from sponsorships but also those from public appearances as well.

Addison Rae is the wealthiest TikTok celebrity in the world, and she lives in a lavish bungalow that is situated in one of the most expensive neighborhoods in Los Angeles, California.

Addison Rae's home is in the Hollywood Hills.

The property has a staggering value of $3 Million, and it is situated on a plot of land that is around half an acre in size, with a lovely outdoor living area.

In addition to that, Addison Rae has made a number of investments in real estate holdings located around the country.

Addison Rae has a strong passion for high-end automobiles and the lifestyle that goes along with them.

The Tesla Model X special pink matt, which is her favorite automobile and costs $100,000, is currently owned by her.

She is the proud owner of this vehicle.

The second vehicle in her garage is a Jeep Wrangler that is specially painted white and decorated with fruit paintings; the automobile costs $35,000, and the other is a Mercedes AMG G63, this luxury white SUV has an approximate price tag of $200,000.

While the Rolls-Royce Cullinan, which is the most costly car she has and the final vehicle in her garage, can be purchased for $400,000.

It is anticipated that Addison Rae makes between $200,000 to $300,000 per year from her social media interactions other than TikTok.

She is one of the best earners on TikTok, and it is projected that she made over $8.5 million from TikTok in 2021 alone.

Rae's earnings on TikTok are among the greatest on the site.

This number is only likely to go up since she has seen a consistent rise in the number of people following her on the platform in recent times as well.

In recent years, Addison Rae has also had significant success in her acting career.

She has also worked as a voice actress in the film Spy Cat, in addition to her role in He's All That.

In addition, she has made an appearance on the program Keeping Up with the Kardashians, and she is a frequent guest on a variety of other talk shows.

This is also anticipated to contribute to her total earnings, and as a result, even though Addison Rae's earnings in 2021 are projected to be $8.5 million, her earnings are only going to continue to rise in the years to come.

She has also been included on a number of music albums, and in August of 2021, she released a song under her own name titled "Obsessed."

According to what can be gleaned from Addison Rae's social media accounts, it is assumed that she leads a lavish lifestyle.

She is the proud owner of a number of high-end automobiles in addition to a Los Angeles house worth $3 million.

It is estimated that the total value of her assets is somewhere around $10 million.

In addition to being a style icon, she is often sponsored by large corporations and brands due to her prominence in the fashion industry.

She paid $3 million for her property in Los Angeles back in 2019, and a content producer has shared many videos of the residence on their platform.

In addition, she is the proud owner of a Frenchie Bulldog who goes by the name Maui.

However, Addison Rae dropped out of the University to move to LA and pursue her TikTok career.

Addison Rae has been a competitive dancer since the age of 6. She attended multiple country-wide dance competitions as a kid and attended the Louisiana State University where she studied Sports Broadcasting.

2021 has been a profitable year for Addison Rae. She was named the highest-earning TikTok creator by Forbes and also made the 30 under 30 list of 2021.

Was Addison Rae Invited To The 2022 Met Gala?

Yes, Addison Rae was invited to the 2022 Met Gala and she managed to draw the attention of her fans with her sheer black dress.

What Brand Did Addison Rae Wear To The Met Gala?

At the Met Gala 2022, Addison wore a dress designed by Michael Kors.

Did Any Tiktokers Go To The Met Gala?

Yes, as invites to the prestigious Met Gala 2022 were extended to popular personalities from TikTok and YouTube, including Emma Chamberlain and Addison Rae.

The Metropolitan Museum of Art Costume Institute Gala, more often referred to as the Met Gala, is a charitable event that takes place once a year in New York City.

In addition to Easterling, other personalities such as YouTuber Emma Chamberlain and TikToker Avani Gregg were in attendance at this year's Met Gala.

According to NBC, the organizers of the event have made the decision to invite influential people to the renowned event in an effort to pique the attention of younger viewers that consume the information that the network produces.